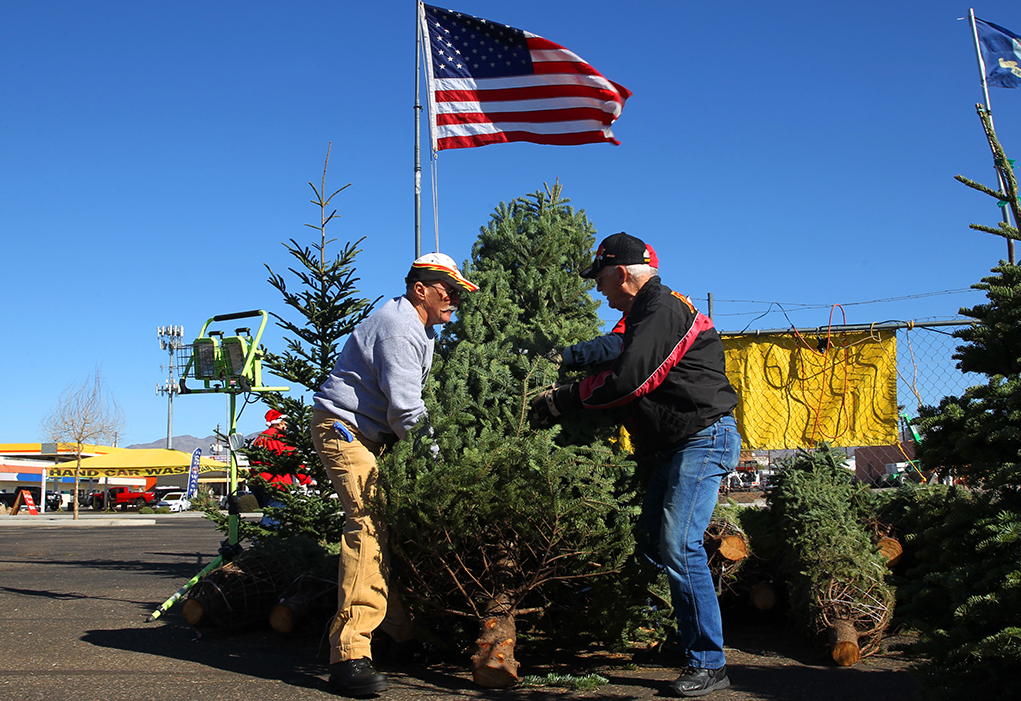 The Lake Havasu City Marine Corps League, Detachment 757, has set up their Christmas Tree lot at CVS on Lake Havasu Avenue and will sell Noble Fir and Douglas trees for the next two weeks, which is about when they expect to sell out. They have more than 700 trees to choose from, with prices ranging from $20 to $100. 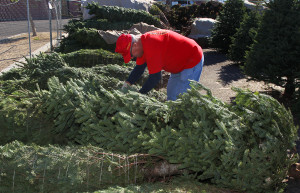 The League has been selling Christmas trees for more than 20 years. All proceeds from the sale of the trees, along with its other fundraisers, are donated to more than 25 Lake Havasu charities.

The Marine Corps League Auxiliary members also help at the tree lot. Auxiliary President Muzetta Elliott said, “We have hot chocolate, cider and candy canes at the lot for customers, and also cookies.”

Frank Blain, Commandant of Det. 757, said, “This is our biggest fundraiser of the year, and all of the money goes right back into the community of Lake Havasu.”