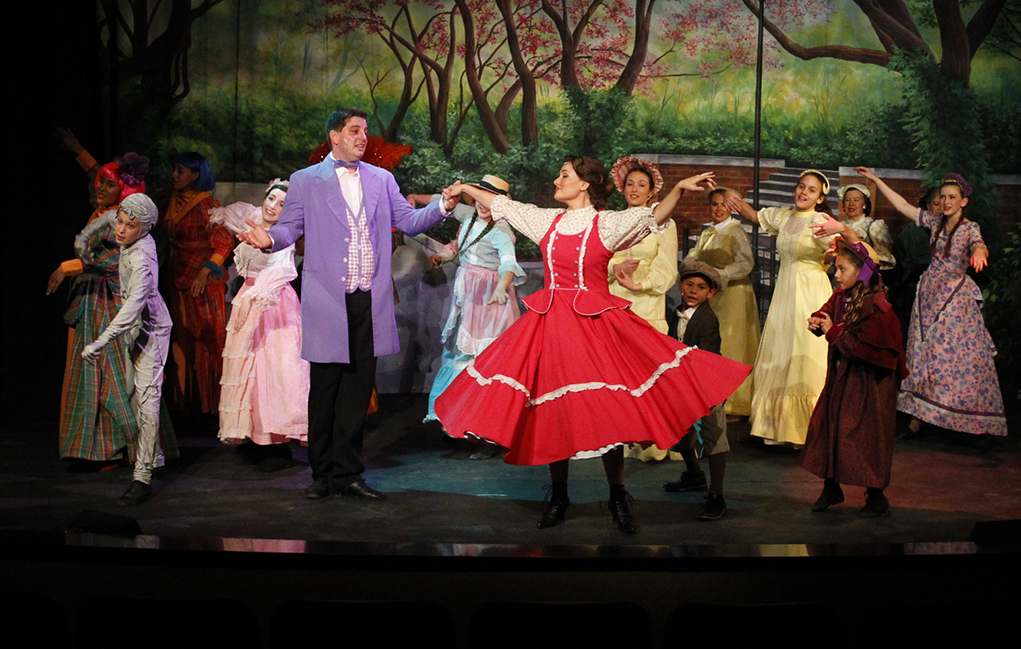 Grace Arts Live is bringing the magic of “Mary Poppins” to the stage beginning this weekend.

“Mary Poppins” was adapted for the stage from the books by P.L. Travers and the 1964 Walt Disney film. It tells the story of a mysterious nanny who magically appears in Edwardian London to care for Jane and Michael Banks. It follows the trio’s adventures together, which includes dancing with chimney sweeps, singing shopkeepers and interactions with an array of other colorful characters. Using a little magic and a lot of common sense, she teaches the Banks family how to value each other again.

This will be the first time Grace Arts Live has performed “Mary Poppins.” 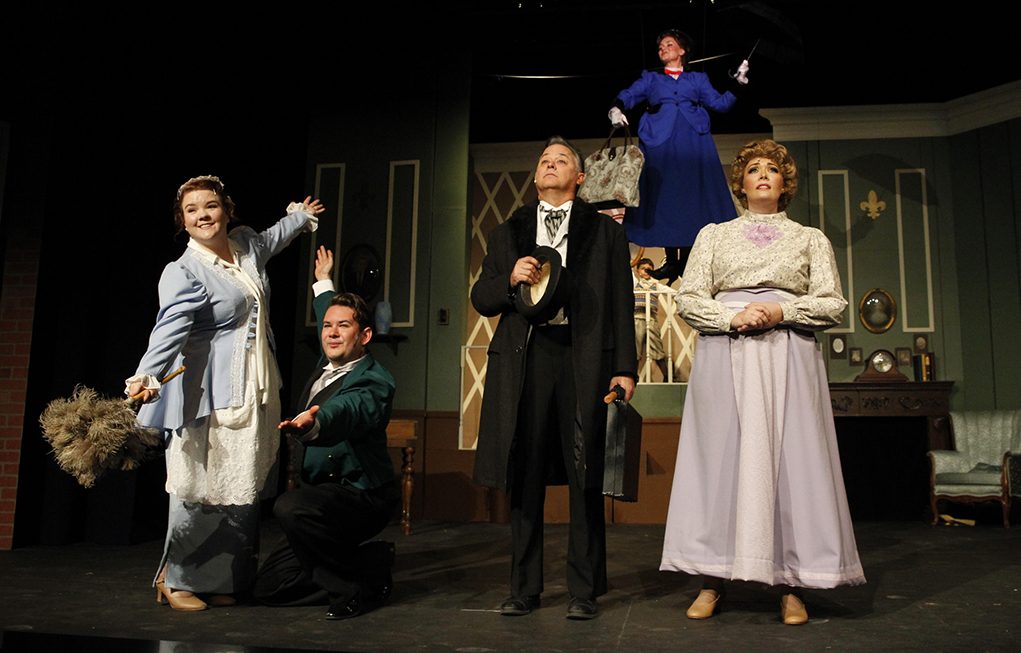 “It’s always harder to produce a new show,” said Director Grace Ann Etcheberria-Jacobs. “This is a difficult tech show, and adding the flying has been a challenge.”

While the show dazzles with elaborate costumes, sets and special effects, the audience can still expect to be treated to the familiar songs and characters that made “Mary Poppins” the film such a classic. The stage musical has been the winner of 44 major theatre awards internationally, and features songs such as the Academy Award-winning “Chim Chim Cher-ee,” “A Spoonful of Sugar,” “Feed the Birds,” “Step in Time.”

“The children are amazing,” Etcheberria-Jacobs said.

George and Winifred Banks are the parents of Jane and Michael and are central to the journey Mary Poppins and the children take. Actors Fallis and Matheson are married off stage as well, which they said makes this particular production even better.

“Working with my husband is really special,” Matheson said. “We can rehearse at home, and it just adds to the whole experience.”

“We go in with that familiarity and comfort by touch, which is so interesting because my character is conditioned not to be that way, at least in the beginning,” Fallis said. “By the end of the show he breaks the cycle though and starts being able to show his love outwardly.” 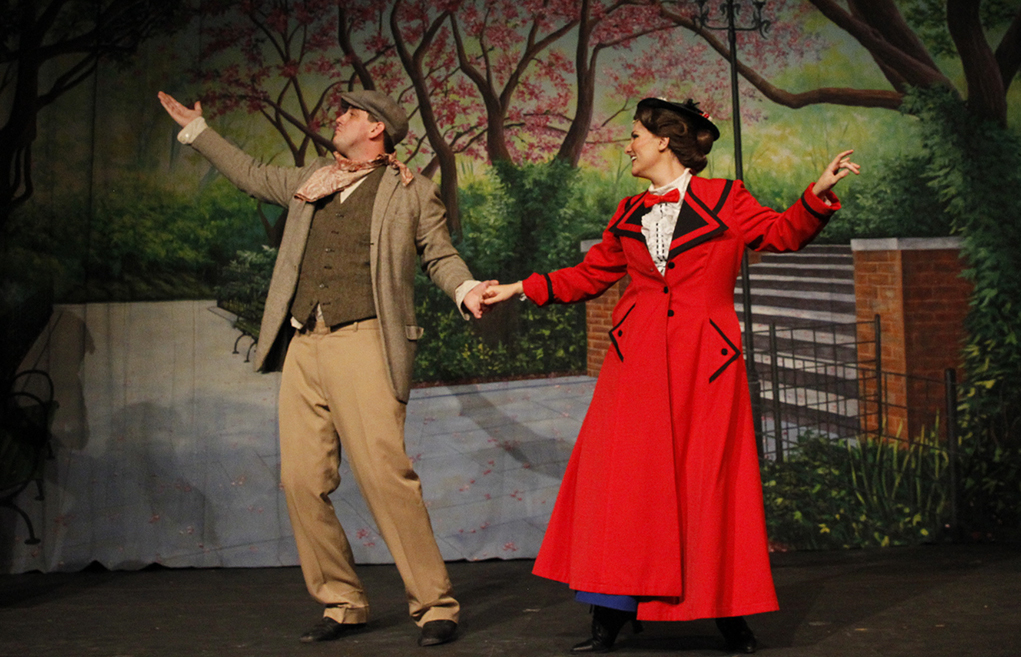 The show will mark the end of the company’s 11th season.

The Grace Arts Live Theatre and Box Office are located at 2146 McCulloch Blvd. N. in Lake Havasu City. For more information or to purchase tickets, call 928-505-2787 or visit http://graceartslive.com. 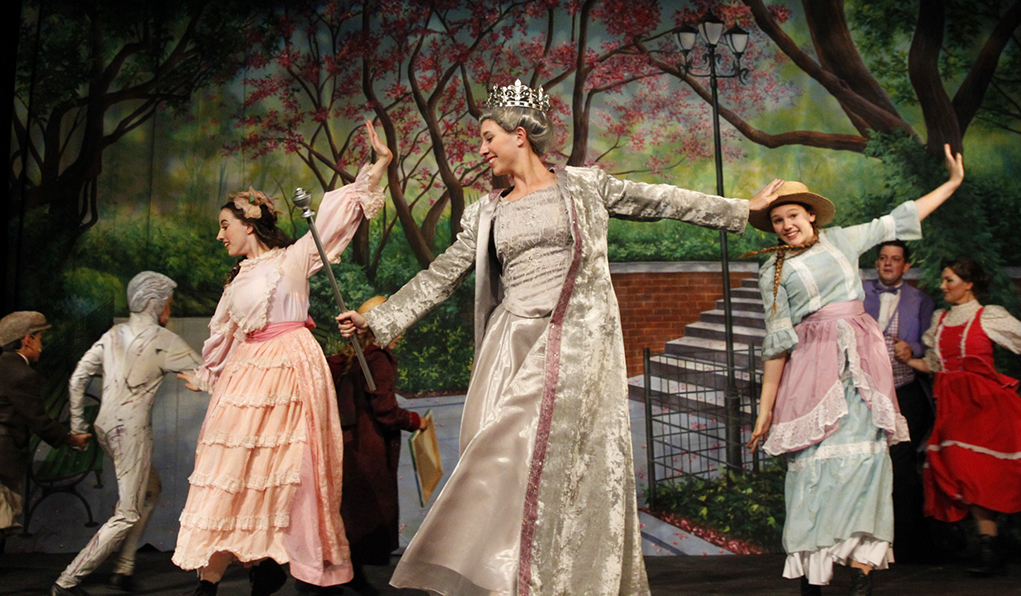 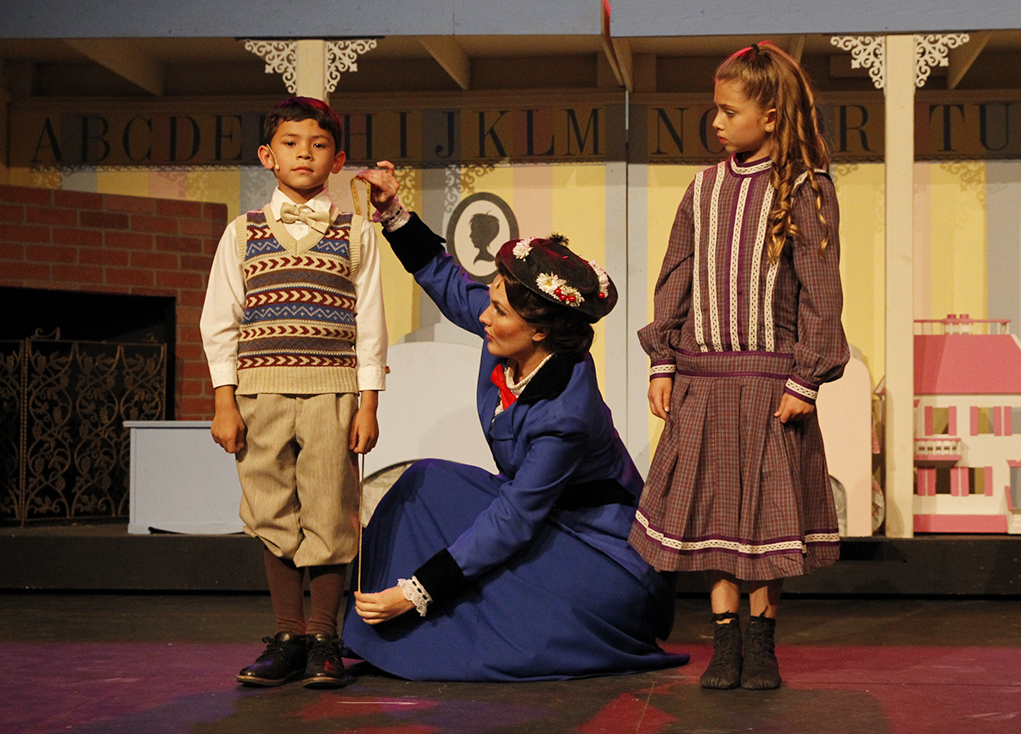