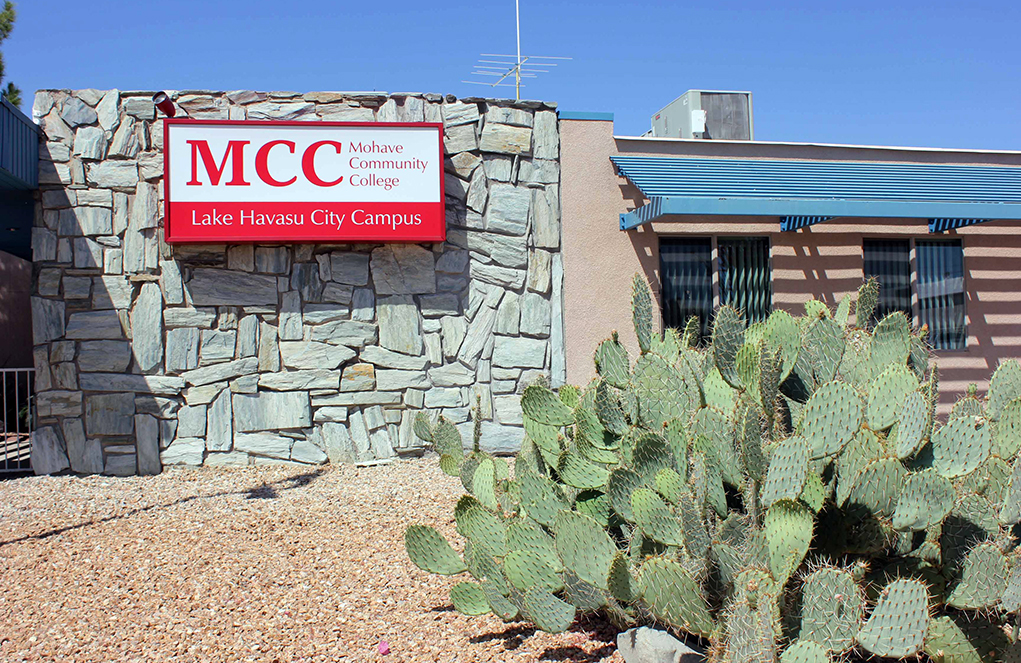 Mohave Community College invites the community to attend a showcase tour of the extensive renovations and program upgrades to the Lake Havasu City campus. The tour will begin at 11 a.m. on Monday, Oct. 5 in Building 600 on the campus at 1977 Acoma Blvd., West.

The renovation projects, which were completed during the summer, expanded and upgraded four college programs. The renovations started to provide an advanced, individualized, and technology-enhanced instruction to students this fall semester.

The surgical technology program received the most overhauled classroom by moving from a 1,292-square foot space in Building 200 to its own 3,000-square-foot building. As of May 23, MCC’s bookstores on the Havasu and Kingman campuses transitioned to become entirely online. Havasu’s former bookstore in Building 1000 is now the surgical technology classroom. The renovations included a state-of-the-art classroom with smart technology, and two operating rooms with a new laparoscopic tower and supporting instrumentation.

“The smart classroom allows for teaching from the center of the room to improve views for all students,” said Michelle Schmidt, surgical technology program director. “Smaller groups of students can access computers from their desks to improve one-on-one instruction. Additionally, the updated lab brings with it advanced simulation to better prepare students for their clinical rotation in the operating room. This is a remarkable advancement in upgrades and technology for this program.”
MCC’s physical therapist assistant program added 1,628 square feet to its classroom laboratory in Building 200 through a renovation and expansion. Prior to the renovations, the classroom space was too small for the number of students in the program. They had to utilize the same space for their classroom and hands-on laboratory, which required students to utilize training equipment as desks. The additional space provides students with classroom space that can now accommodate desks, its own instructional laboratory space, and the ability to expand the number of students accepted into the program. The PTA program was able to utilize an adjacent classroom that had previously been utilized by a community leisure course. The technology and instructional upgrades will feature a smart podium with multiple screen projections, high-definition video recording with remote control, and updated instructional and student technology.

The college’s medical assisting program more than doubled its space with a relocation from Building 800 to the former surgical technology classroom in Building 200. The relocation and expansion allows the program to have two instructional laboratory areas, one for medical assisting students and one for phlebotomy students.

“These labs provide hands-on practice for students,” said Lori Hogue, the medical assisting program director. “The additional room allows more students to practice their skills simultaneously rather than having them wait for available space.”

MCC’s computer information systems program received a slightly expanded classroom space by utilizing the former medical assisting classroom in Building 800. The relocation allows the program to enhance computer repair and networking instruction by allowing the students to have their own labs, networks, and hardware.

“Creating individual hands-on laboratories for each of the CIS students will catapult their learning to the next level,” said Peter Burgess, a CIS professor on the Havasu campus. “This is going to allow the students to be able to deepen their understanding of the material.”

In 2014, the campus opened a $2.2-million new instructional building to house the heating, ventilation, and air conditioning (HVAC), and art programs. The new facility more than doubles the instructional space for the HVAC and art programs, including the college’s new visual communications program. In addition to MCC students, the new art classrooms are a benefit to the public who take the community leisure art classes.

Also in 2014, the college renovated Building 1100 to relocate the nursing laboratory from a facility near the Havasu Regional Medical Center to the campus and completed the most extensive renovations to the campus library in the past 10 years.