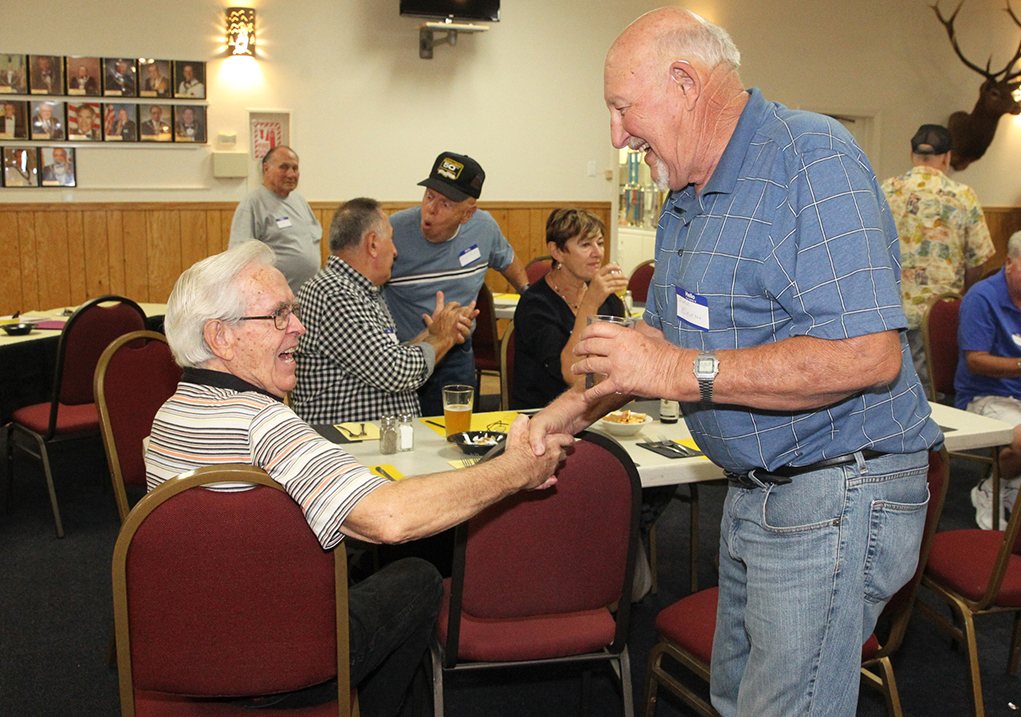 There were 104 former factory workers who attended the seventh McCulloch Chainsaw Corp. Reunion at the local Elks Lodge Sunday in Lake Havasu City.

With the reunion gathering only every two years, organizer Dody Lee-Hietpas said she was surprised that attendance was up two from last year’s 102 attendees. 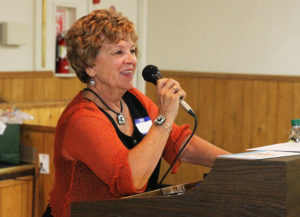 Dody Lee-Hietpas speaks to those in attendance at the McCulloch chainsaw reunion. Jillian Danielson/RiverScene

“This is the first time we’ve had a sit-down luncheon,” Lee-Hietpas said. “And it’s not because we’re getting old, it’s because they’re so special.”

In years past, the event’s format was buffet-style cold cuts and side dishes. This year’s banquet-style luncheon of chicken cordon bleu, scalloped potatoes, candied carrots and a side salad really hit the spot with the crowd.

There were the tried-and-true display tables showcasing a McCulloch chainsaw, old photos of the factory workers, posters, ad promos, a T-shirt, baseball cap and other memorabilia centering on the factory’s heyday. 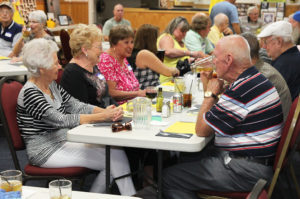 With reunion goers reminiscing of the plant’s 2,000-some factory workers during its height in the 1980s, the stories of who’s who were abundant.

The McCulloch factory worker who traveled the furthest for the reunion was Jerry Gurley, 80, of Florida.

“I was a long way off and had other responsibilities caring for my wife who has been having some serious health problems – she is OK now though,” Gurley said. “She kicked me out of the house to go and have some fun. In 58 years of marriage, she’s never kicked me out of my own house.”

Gurley is in town for a few days for the reunion before returning to his wife. He worked for McCulloch for 27 years and moved with the company from Los Angeles to Havasu. 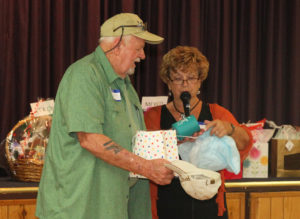 “He was a fun-loving guy,” Gurley said of Robert P. McCulloch. “I did not have a lot of direct contact with him. I was a young guy in the engineering lab and he was the big dog. But, he was a very colorful character.”

Gurley said it was a good company to work for. He lived in Havasu and worked at the factory as the manager of diecast, the machine shop, and the bar shop from 1974 to 1984 before moving on to other ventures.

Havasu has changed a bit, too, since he last stepped foot within its city limits. 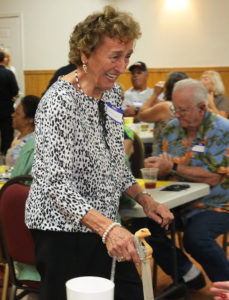 Wanda Adams walks back to her seat with a cane that was given to her for being the oldest woman in attendance. Jillian Danielson/RiverScene

Gurley said he hopes to return for a longer stay with his wife now that her health is improving.

During the reunion, the oldest gentleman and oldest lady were identified as 84-year-old Early West and 90-year-old Wanda Adams, respectively. West worked for McCulloch for 40 years in many capacities from 1955 to 1995. Adams worked the assembly line for two years from 1975 to 1977. Today, both reside in Havasu.

“I like to see the people, it’s a fun thing,” Adams said of the reunion.

Mary Dunn Erlandson worked in the gas and oil department making and testing the famed McCulloch chainsaws from 1979 to 1981.

“I worked on the conveyor belt making carburetor parts for the chainsaws,” Erlandson said. On Sunday, she held a McCulloch chainsaw in her hands and the memories came flooding back. 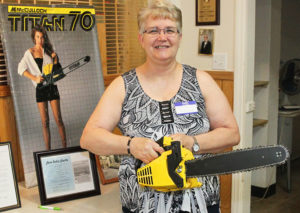 Mary Erlandson poses with a chainsaw that she helped build when she worked for Robert McCulloch Sr. Jillian Danielson/RiverScene

Erlandson lived in Havasu from 1972 to 1986 and traveled from Phoenix to attend the event.

“My husband worked there for 30 years,” she said. Her husband Paul Gorman worked in the machine shop. He passed away about 15 years ago. 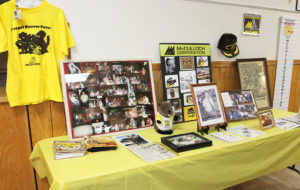 Photos and memorabilia sit on a table at the McCulloch Chainsaw reunion. Jillian Danielson/RiverScene

Gorman was one of at least six other individuals who were the force behind rallying the attendees for the reunion. It was an involved task with much relentless telephone work.

“I was surprised I remembered how many names I knew, I could see their faces,” she said.

Gorman said she hopes to help with the next one in 2018, too.

The reunion’s cake was shaped like an airplane in honor of the McCulloch flights that Havasu’s founder Robert P. McCulloch implemented to shuttle potential property owners to town. 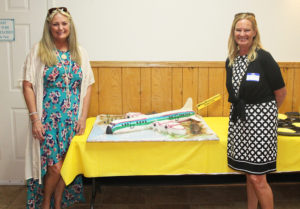 Sheila McCulloch Press and Jean McCulloch pose for a photo next to the cake that was made for the reunion. Jillian Danielson/RiverScene

Two of McCulloch’s granddaughters, Jean McCulloch and Sheila McCulloch, were at the reunion. Great-granddaughter Amy and great-great granddaughter Tatum, too. The three generations were gracious to pose for photos and give warm hugs to several of the former factory workers.

Other attendees traveled from California and Nevada, and other Arizona cities and towns including Tucson, Kingman, and Meadview. 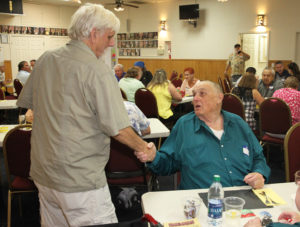 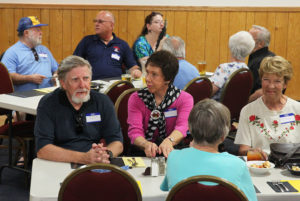 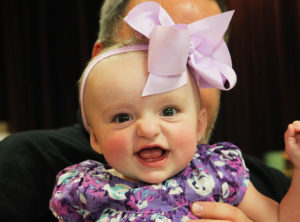 Tatum McCulloch is all smiles and is the great-great granddaughter of Robert McCulloch Sr. She is the currently the youngest in the McCulloch family. Jillian Danielson/RiverScene