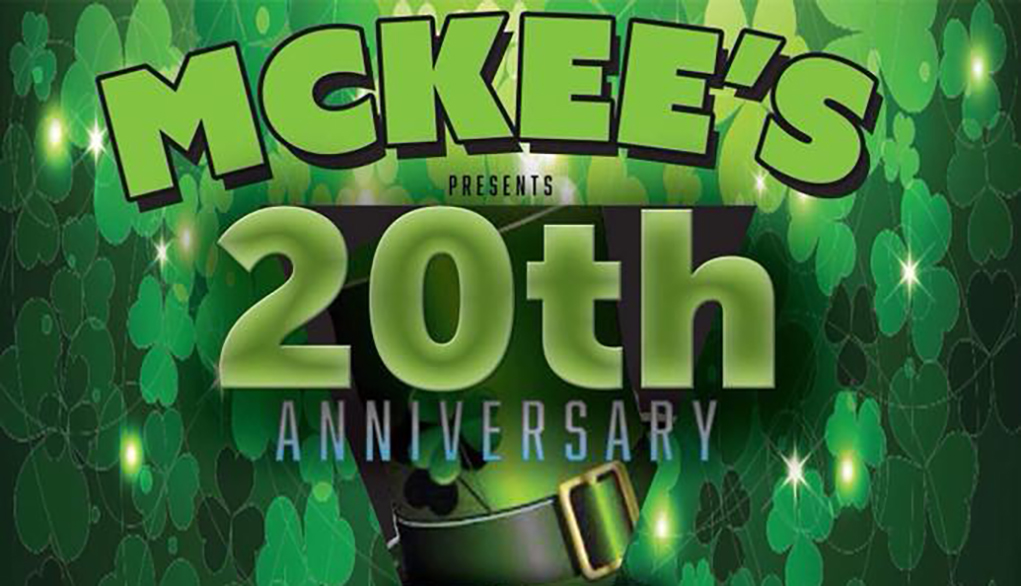 McKee’s Pub and Grill will celebrate its 20th Anniversary Friday. The Irish-themed bar on the corner of McCulloch Boulevard and Scott Drive will throw a two-day celebration for the event.

Friday night will feature local band, The Borrowers. The band plays from 8 to 11 p.m., but the party runs until last call.

Saturday night will feature another local band, The Cougrzz. The entire event is hosted by Effin Records.

McKee’s was originally the Deli Bar. It later transitioned to Canucks, a Canadian-style bar and grill.

In 1998, a worker at Canucks was offered the bar when the owners decided to sell. Mckee bought the bar and made it Mckee’s, and Irish style.

When in Mckee’s, the right side of the bar leading to the kitchen was the original space. Once indoor smoking laws were initiated, the now storage area was made into the “dugout,” a small long corridor with a fenced window that viewed the neighboring dirt lot.

The patio of Mckee’s used to be King’s Pizza as well as multiple office spaces that was home to accountants.

Now, Mckee’s is the spot for live music, hanging out with friends and playing pool.

The 20th anniversary is set for Friday and Saturday.