Meet the Hidden Helper Between the Bookshelves 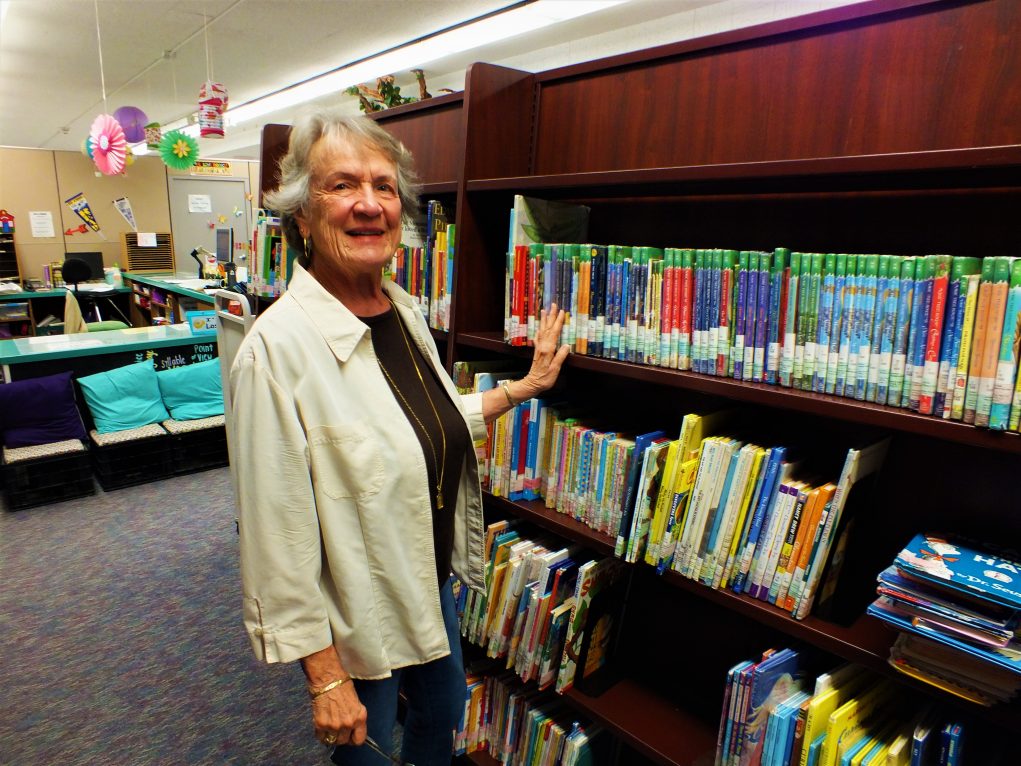 The smell of old books, the feel of carpeted reading circles and the infinite realities between each page have created fond memories for many years. Though most remember a library from the student and reader point of view, it takes a special type of individual to maintain the organization and wonder a library holds. It takes an individual like Betty Christenberry.

Betty Christenberry has been involved in libraries for more than 40 years and has dedicated her life to adolescent education through reading. 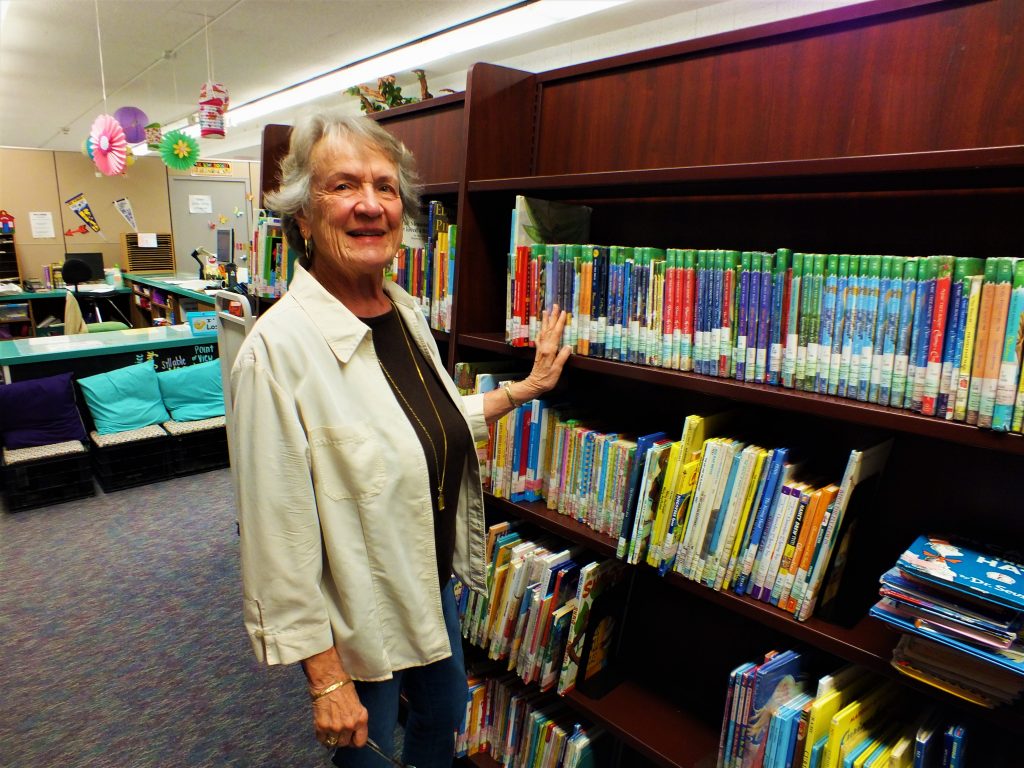 In 1964, Christenberry graduated from the University of Wisconsin at Eau Claire when it was formerly known as Wisconsin State College at Eau Claire. She completed her degree with a major in English and a minor in library science.

She began her library career as a junior high school librarian in Wausau, Wis.

Only a month into her second year as librarian in Wausau, Christenberry was involved in a severe car accident that left her unable to work for a year. With the promise of better weather to heal, a fellow colleague suggested Christenberry research moving to sunny Arizona.

“It was close to California, where I wanted to be. We saw an ad for librarian in a place called Lake Havasu City. We looked on the map and there was no such place”

At the time, the only high school was over 45 minutes away in Kingman. In 1969, two new high schools had been built in the neighboring cities of Bullhead and Lake Havasu. Christenberry called the Kingman school district to apply for the Lake Havasu position and was given the job with no in-person interview. 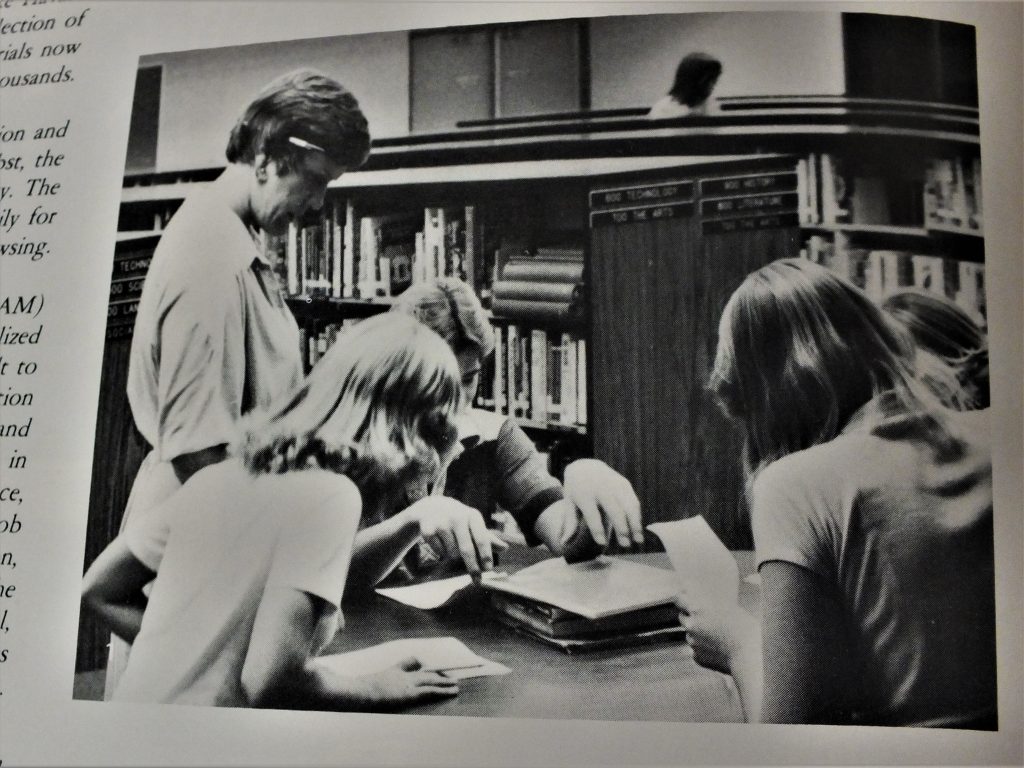 Having never visited Lake Havasu, she truly experienced a pioneer-style of living in the early years. Lake Havasu had been established only five years prior to her arrival.

“There was not very much here. I always told people it was a lot like the Peace Corps; you didn’t have mail or ads or anything. It was small and [the high school] was maybe 350 kids, 15 faculty, and us the administrators. I started in 1969.”

Betty Christenberry was the first official librarian of Lake Havasu High School. The original campus library was a double-size classroom. In 1974, the current library was built.

“I was there twelve and a half years. Then I got to graduate,” she said.

Christenberry took a short time away from library science, living in Saudi Arabia. Upon her return to Lake Havasu, she was without a library position, yet still felt a yearning to give her time and energy to use.

Though she worked for the church, her path seemed to still lie with the bookshelves. A friend of Christenberry was the current librarian of Starline Elementary in 1997. She came to the former librarian explaining that she never had time to put books back on the shelves and could use some help. Betty Christenberry was willing to help.

She has now been volunteering twice a week at Starline Elementary School for the last 21 years and counting.

“It’s the ol’ fashioned being of some use and helping out when I can. I re-shelve books and have covered books.” 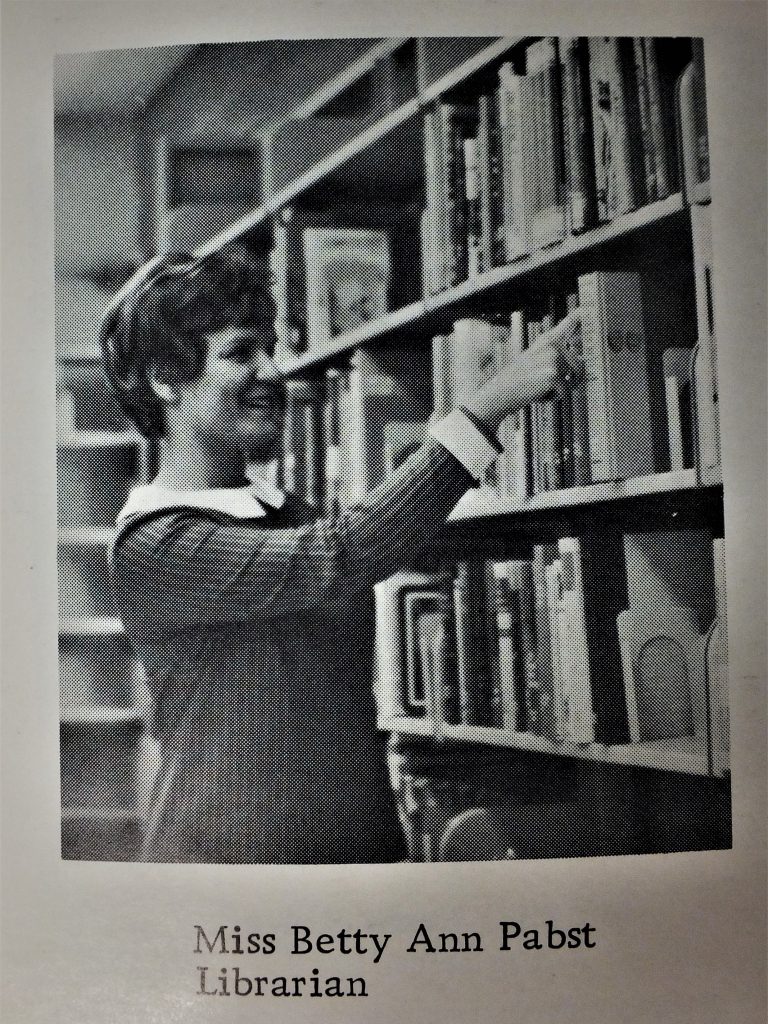 In a stranger-than-fiction irony, Christenberry was organizing books on the same shelves she had picked out for the LHHS library when it was built in 1974. When the high school purchased new shelves, they donated the ones Christenberry chose to Starline Elementary.

She once spent the entire month of June reorganizing  each book to follow the Dewey Decimal System. 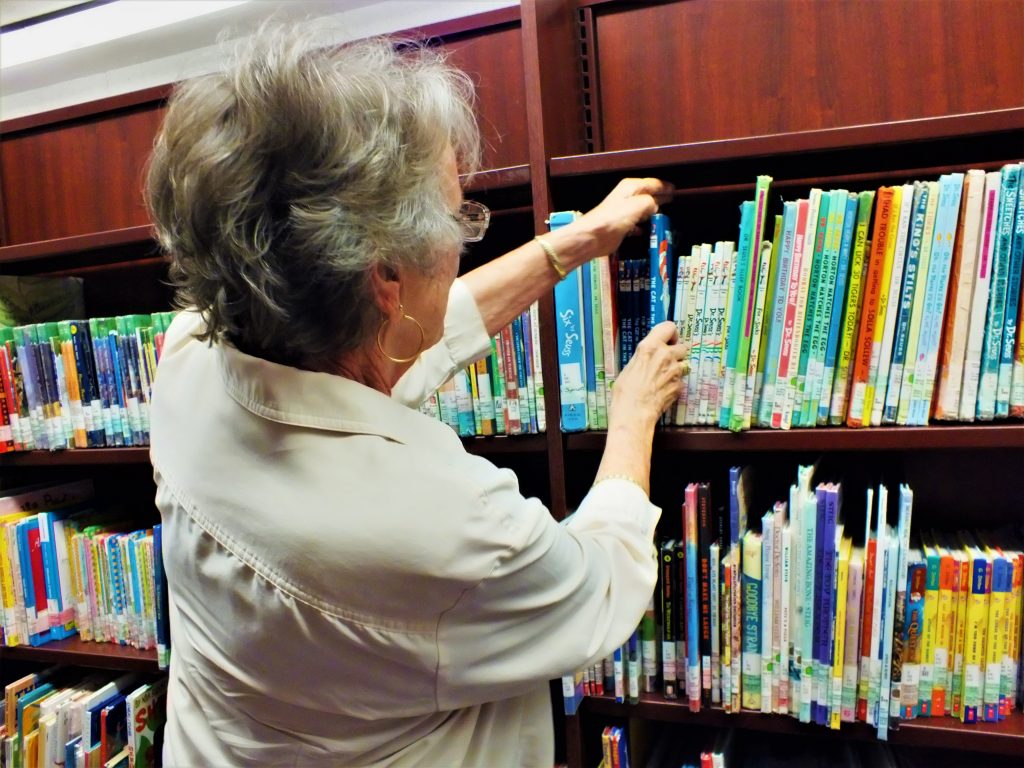 To which books are her favorite, Christenberry has read to many.

“There are some I have read several times such as “Gone with the Wind” and “The Thornbirds”. Now, I read newly written published books.”

In addition to Mount Olive Lutheran Church and Starline Elementary, she also volunteers her time at the Lake Havasu Museum of History. Each week she helps spread the knowledge of the little no name town she came to in 1969 and has watched grow and flourish.

Betty Christenberry has dedicated her life to education, reading and the power of a library. She is an exemplary volunteer and community education advocate. She continues to help others grow and give the most precious commodity, time.