Memorial Day: Honoring Those Who Made The Ultimate Sacrifice 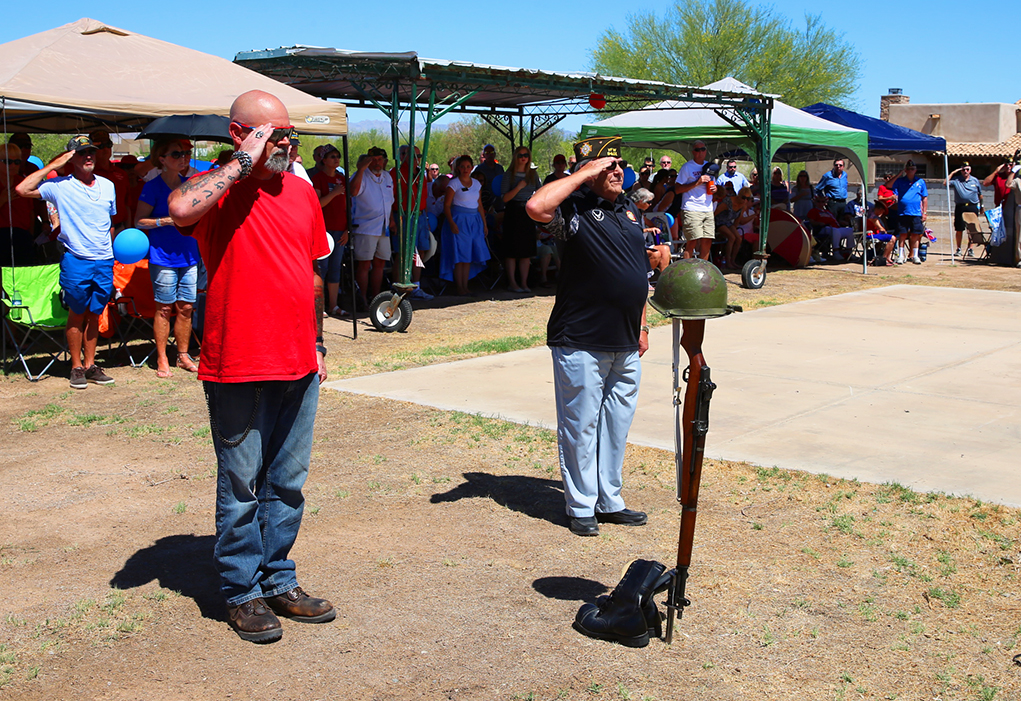 May 5, 1866, a northern Memorial Day is said to have started  in Waterloo, N.Y., when Gen. John A Logan issued a proclamation calling for “Decoration Day” to be observed annually and nationwide. Logan was commander in chief of the Grand Army of the Republic, an organization of and for Union Civil War veterans. Whit his proclamation, Logan adopted the Memorial Day practice that had begun in the Southern states three years earlier.

Originally called Decoration Day, the aim of the celebration was to commemorate those who had fallen in war while serving in U.S. military service.

Today, the federal holiday of Memorial Day is celebrated on the last Monday in May.

As Americans remember lost brothers and sisters today, those who are still here.

Sisto Sandoval, 73, served in the United States Army in the Vietnam conflict from 1968-69. He was a member of the Long Lines Battalion and was primarily stationed in the Central Highlands of South Vietnam. 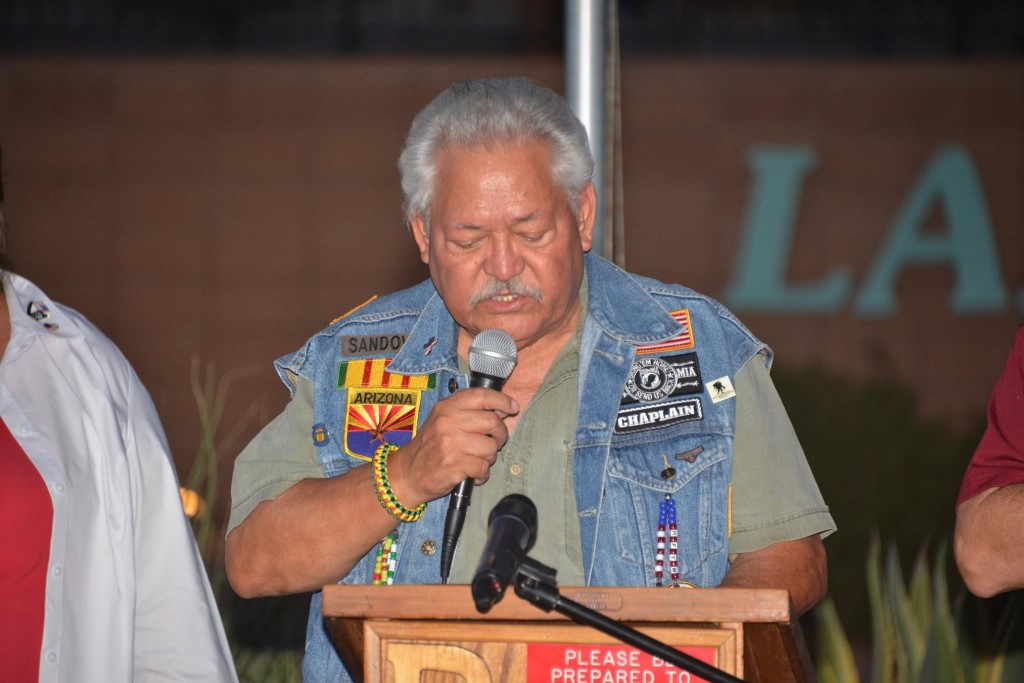 “Memorial Day is a day of respect to all who have given the Ultimate Sacrifice. One never removes the memories of war. The healing begins when we open up to expose ourselves to our inner fears. [We]  give respect to those who serve, especially those who died. We heal when others see us as a person who lost their youth in conflicts. I see in memories those who were lost and hurt. I cannot imagine the feelings of loss the mother and father who raised this child feels.” said Sandoval.

Lake Havasu City commemorates those lost with a gathering at the Lake Havasu Memorial Gardens on Monday morning. The American Legion Riders and Patriot Guard Riders lead the riders presentation.

“I think about my father. He went down on the Oklahoma in Pearl Harbor.” said Bill Meehan, 83, First Sergeant Marine Corps. 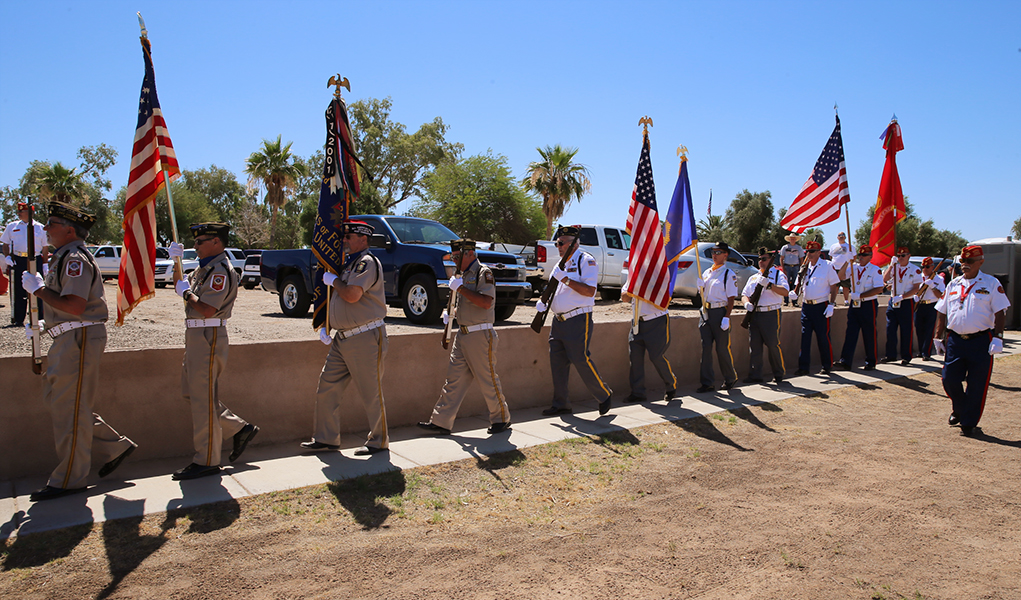 The Troop The Colors was performed by VFW Post #9401, 82nd Airborne, American Legion Post #81, and Marine Corps League #757. The Troop the Colors was followed by an invocation recited by VFW Chaplain Joe Thayer.

The National Anthem was rendered by Fred Bennett and the Pledge of Allegiance was led by the Lake Havasu City Military Moms. The Master of Ceremonies was VFW Cdr. Steve Knock and the honorary guest speaker was Mayor Mark Nexsen. 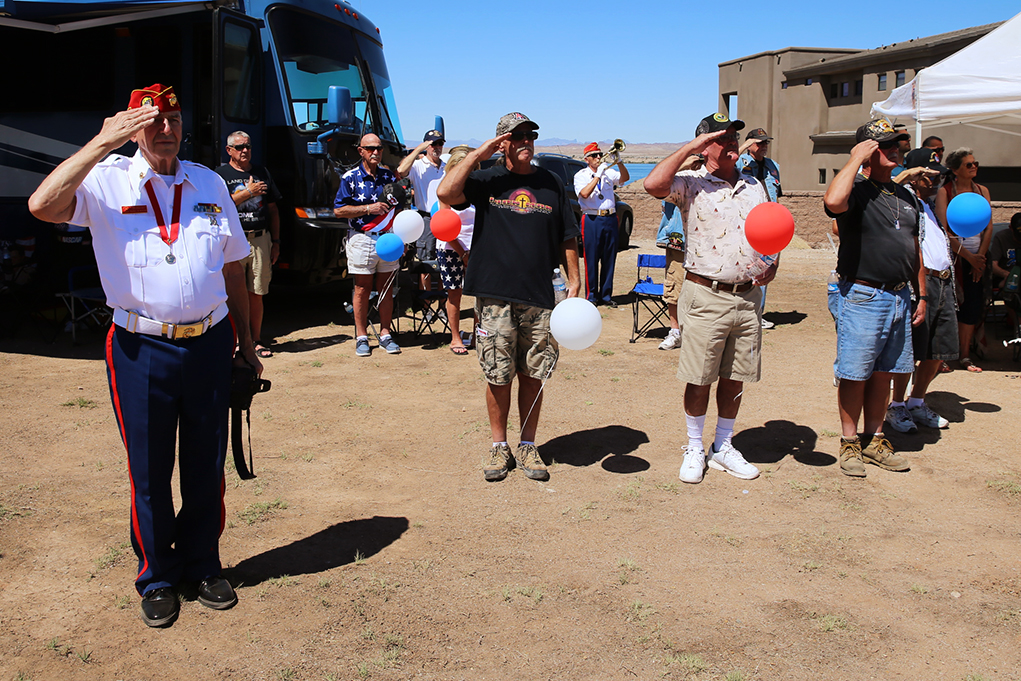 A gun Salute was ignited by Marine Corps League #757. The League was joined for Taps by VFW Post #9401 and American LEgion Post #81.

A balloon release was lead by a representative for Lietz-Fraze Funeral Home and the Benediction was said by VFW Chaplain Joe Thayer.

The ceremony ended with a presentation of wreath on local fallen soldier, Patrick Tinell’s, grave. The wreath was presented by Military/Goldstar Moms and 82nd Airborne and VFW Post #9401. 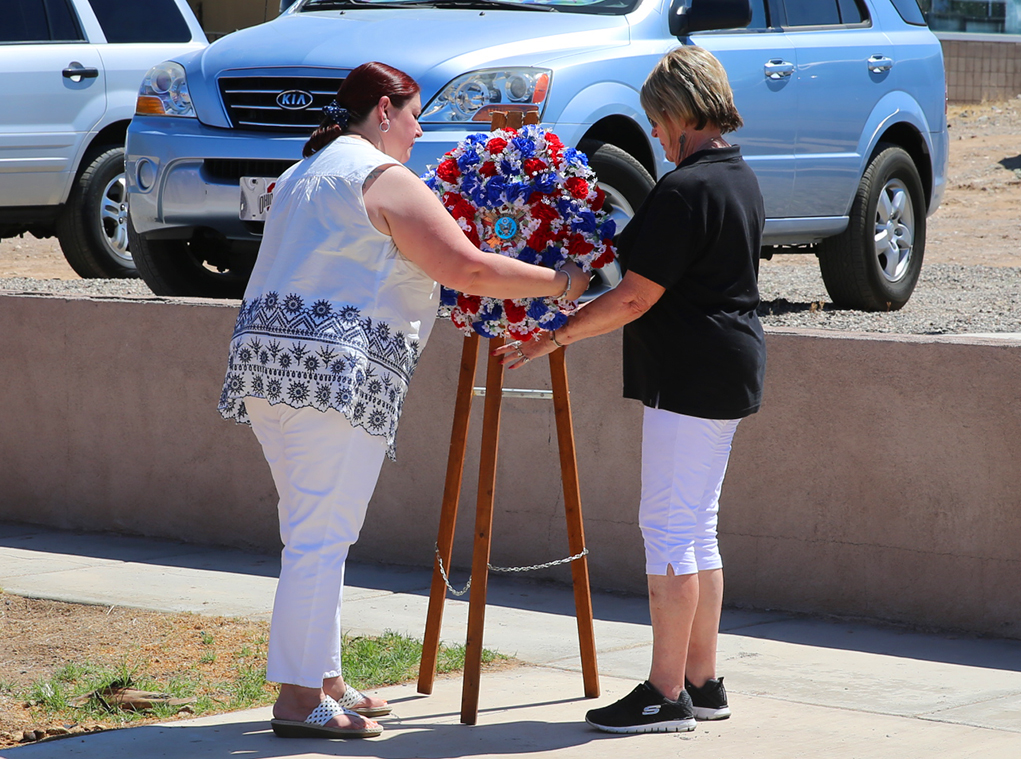 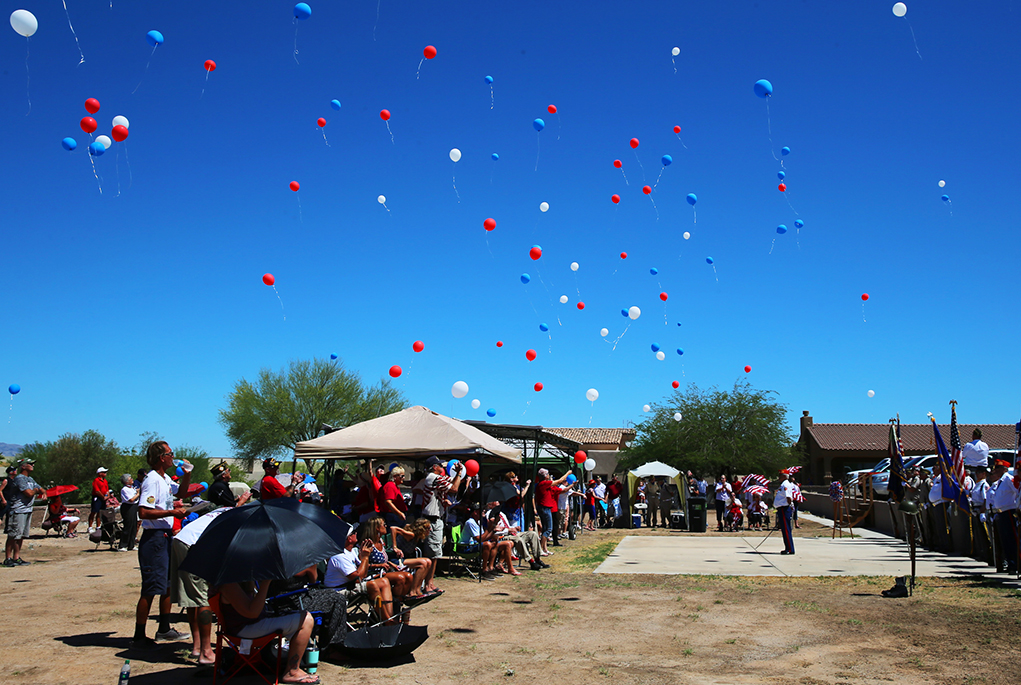 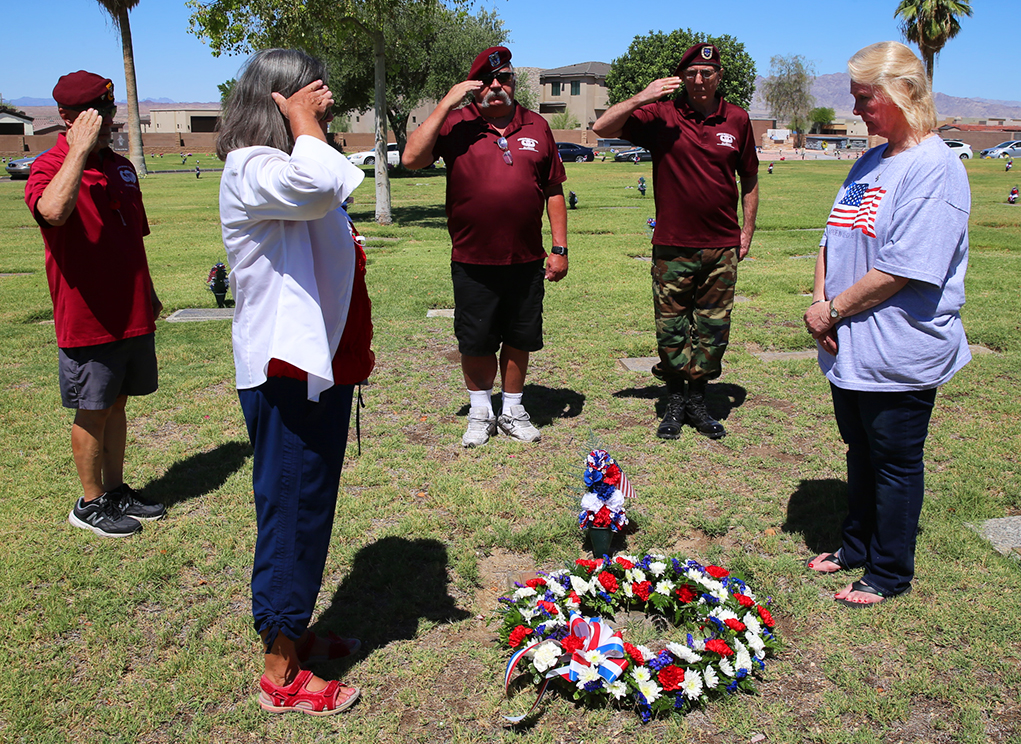 One Response to “Memorial Day: Honoring Those Who Made The Ultimate Sacrifice”