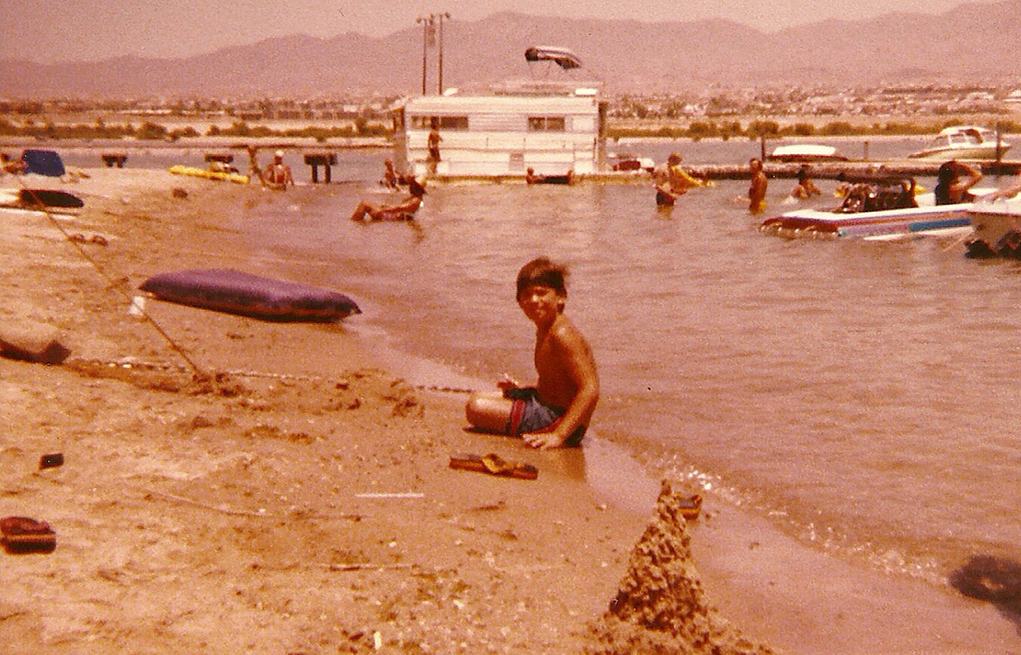 Ed Hurdel and his wife, Evelyn, moved in 1964 from Los Angeles, Calif., to a brand new town in the Arizona desert called Lake Havasu City. Hurdel and his brother, Ray, slept in a tent at Site 6 while they built their house, with the help of friends, in the area near where Smoketree Elementary School was later constructed.

Although he was already retired when he moved to Havasu, Ed Hurdel found himself wanting to be a part of the birth of this new city.

One of Hurdel’s grandsons, Justin Osborne Hurdel, recalls his grandfather and the early years of Havasu.

“My grandfather had been a plumber and welder in Los Angeles,” Justin said. “Coming to Havasu was technically retirement, but he instead rose to the challenge of helping to build a town, and started a business with his brother, Ray, that would help the most people who were also by now moving into Havasu. A hardware store is an important part of a growing town. It is what helped to enable other pioneers to succeed in their adventure as well as maintain it.” 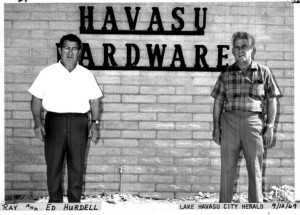 So in 1965, Ed and Ray Hurdel opened a combination plumbing and hardware store on Smoketree Avenue. They moved it to the present location on McCulloch Boulevard in 1967, and expanded the hardware part of the store. The brothers built the new store themselves, as there were few construction companies in Havasu at that time. Many of the first homes and businesses in Havasu were built by the owners. 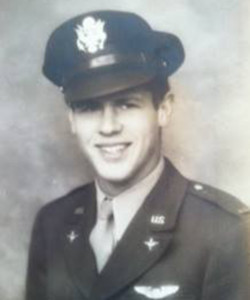 “Grandpa Charlie said that Site 6 in the 1940s was a practice navigation point for the pilot trainees. They had to fly from Kingman and find Site 6 in a practice bombing run, then fly back to Kingman. I also seem to recall that there is wreckage from a crashed WW II plane up in the mountains somewhere in the area. I’m fairly certain that I’ve seen it, but I have no idea where it is located; or even if it’s still there.”

Ed and Evelyn Hurdel had three sons, Skip, Dayne and Darrin. Dayne and Noreen Hurdel still live in Havasu, in the same house his parents built in 1965. The house has always been in the family.

Darrin met and married Candace Osborne of East Hampton, N.Y., in 1970 and in 1971, they had a son, Justin. It is Justin who recalls and tells this story of his Havasu pioneer family. 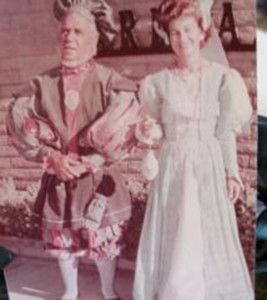 Edward and Evelyn Hurdel dress for the dedication of the London Bridge in 1971. photo courtesy Justin Osborne Hurdel

Justin was born in Needles, Calif., because Havasu had no hospital at that time. He recalls little of his early childhood, as he and his parents moved to his mother’s hometown of East Hampton, N.Y., in 1973. When his parents divorced in 1977, his father returned to Havasu and he and his mother remained in New York.  But he does know that he was present at the dedication of the London Bridge in 1971, although he was only 7 months old. His mother later told him they had to leave before the end of the festivities because there was no shade to protect a 7-month-old.

After his parents divorced, they decided that Justin would spend his summer vacations in Havasu with his father, which he did from 1978 to 1986. He soon became a seasoned airline flyer.

“My little heart developed more than one crush on a TWA stewardess over the years,” Justin laughs.” By the time I was 10, I was an old hand at airports and flying.”

Although Justin didn’t live in Havasu very long, it always held a very special place in his heart — especially the lake. By the time he was 9 years old, he was proficient at operating a boat. He attributes his love of water to the fact that his mother learned how to water ski behind one of his father’s boats when she was pregnant with him. 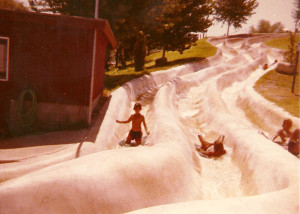 “I remember things in the English Village, like the shooting gallery and the labyrinth (maze) that are no longer there,” Justin recalls. “I also remember the water slide at Crazy Horse, out on the island. I remember Havasu being a lot smaller. In 1986 the Kiowa exit was the boonies, and Chenoweth was bare and open desert.

“I remember that the lake was a lot less rough, and the smaller flat-bottom boats with their huge engines have been supplanted by larger cigarette type boats. I remember going to Copper Canyon and jumping off the cliffs into the water … and the occasional young lady who felt it necessary to jump in topless. Everyone who was moored up in the cove would honk their horns and cheer in response. It was fantastic. We would also go up into the mountains on occasion to hunt for gold or silver around the old mines. Of course we never really found anything up there. It would usually turn into us taking out our rifles and shooting at targets.”

“We went to the Pour House often to eat. I remember there was also a toy store nearby where I would get Matchbox and Hot Wheels cars. There was also a really good deli near the hardware store, too. My grandma and I went bowling often as well. My father did several things for work. He was a trucker, and would generally drive between LA, Las Vegas, Phoenix and Havasu. I would always go with him on these trips, and sit or lay up in the sleeper cab, lying on my belly with my head propped up on my arms, watching the white lines, cactus, Palo Verdes and mountains roll by. These trips made me love the desert and its scenery; openness and gigantic blue skies in the day, and impossibly starry nights.

“He also built high-performance boat engines for the ski races held in Havasu, Parker, Clear Lake, Calif., and the Catalina Island ski race. The times I wasn’t with him, I was hanging out with my grandma at home, playing cards, watching game shows and eating French toast. I loved spending time with her. She taught me how to play blackjack. She was quick with a smile and laugh, and I don’t think I ever saw her be cross with anyone. Ever.”

Today’s children, with their dependence on electronic goodies, could find early Havasu beyond boring. But not for Justin and other kids who lived in the new city. 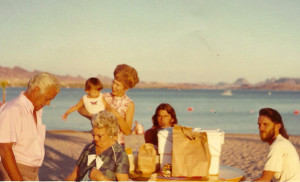 “There was plenty to do as a kid in the late ’70s. First of all, we lived on the lake. We are a family of water skiers and boat engine builders. I started skiing when I was 7, and all my memories are of boating, skiing, jet skiing, swimming, going to the beach, the English Village, driving our ATC in the Pima wash, skateboarding, hiking and playing in the desert, riding my bike and when I was older, target shooting in the desert. We took occasional trips to Los Angeles, Phoenix and Las Vegas. No, there was a lot to do and I consider my childhood and my experiences in Havasu to be somewhat legendary, and I look back on them with love.”

The last time Justin visited Havasu for a summer break was 1986, as he began to work summer jobs in New York.

Justin grew up and experienced living in many different places. “I’ve often related the Allman Brothers song “Ramblin Man” to myself,” he explained. “Being able to travel is one of my favorite things to do.” 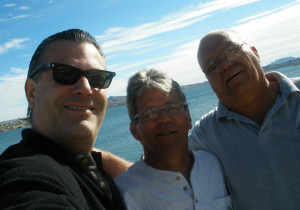 He graduated from high school in West Hampton Beach, NY and attended Syracuse University. He lived for four months in Strasbourg, France for a semester abroad. He graduated in 1993 from Syracuse University. In the ensuing years he lived in Atlanta, New York City, Las Vegas (where he was a blackjack and poker dealer), and Scarsdale, N.Y. He presently lives in Nashville, Tenn., where he is a paralegal.

“My grandfather passed away in 1976,” Justin said, “and my grandmother still worked there as a cashier for maybe the first year I visited in 1978. But not after that. I was told that my grandpa was a very hard worker and earned the respect of his peers. He was well-known, and widely liked. I regret that I only have a very dim memory of him.”