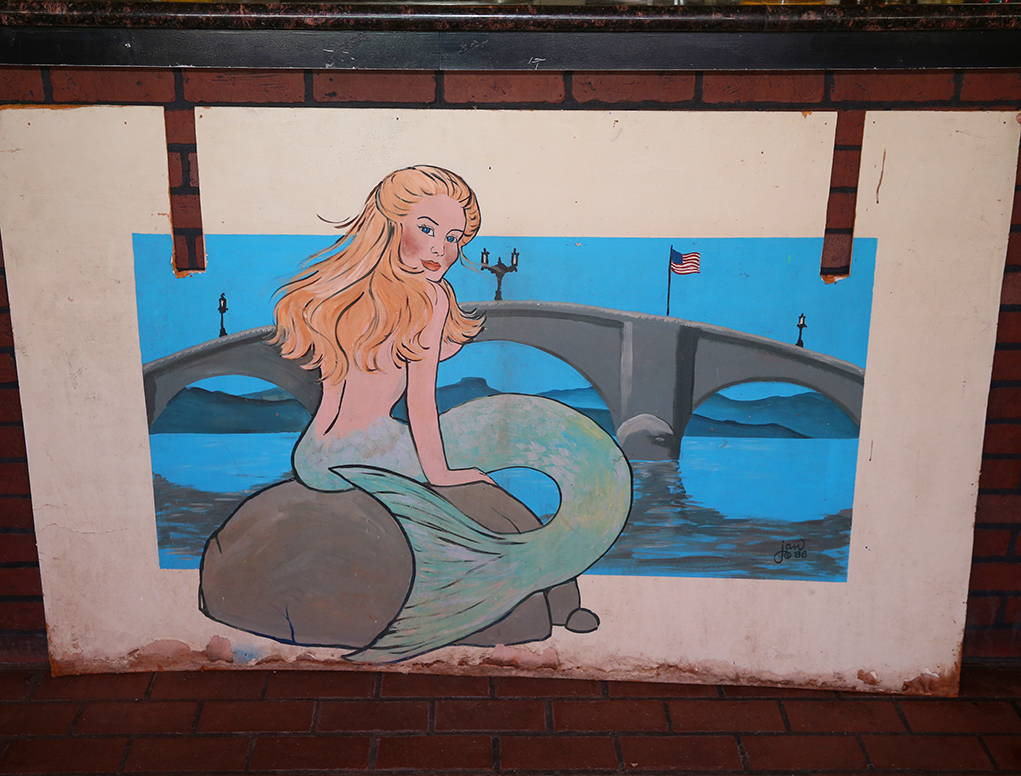 While many business owners have taken proactive measures during the COVID-19 crisis, one Lake Havasu City restaurateur decided to begin a project. And that project led to an intriguing find.

Burgers By The Bridge owner Harriet Mclearen decided with some extra time on her hands, she would begin transforming the back room of the restaurant into an ice cream parlor.

While tearing out some wall boards, what she thought was just as piece of wood fell out.

It was more than just a piece of wood; it was a painting of a mermaid perched on a rock in front of the London Bridge. 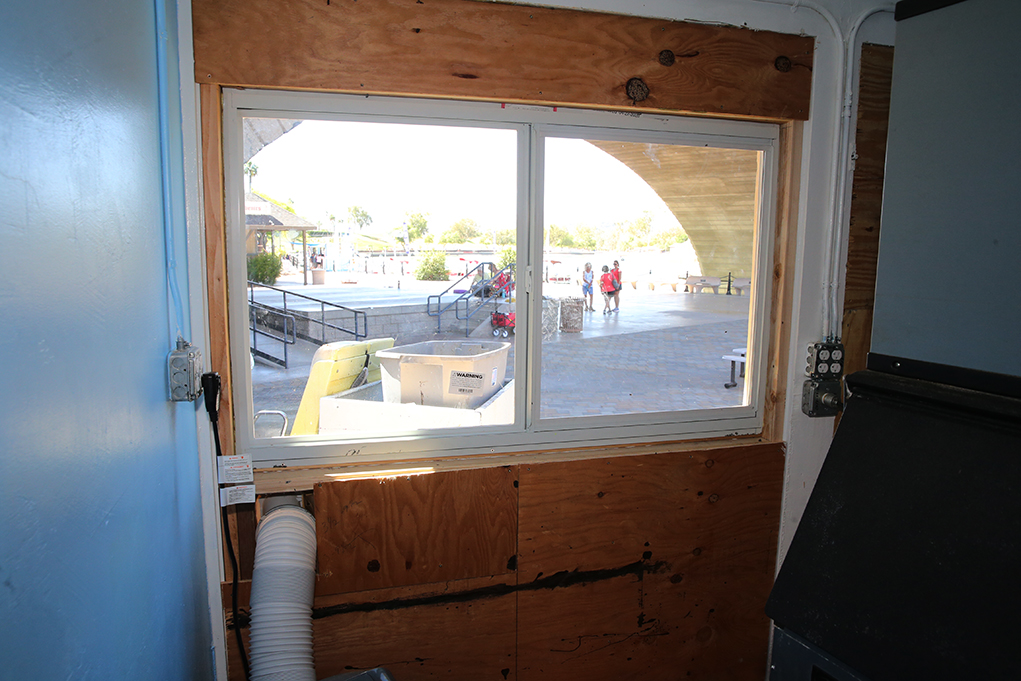 The room inside of Burgers by the Bridge where the mermaid painting was found inside of the wall. Jillian Danielson/RiverScene

Well, the original name of the establishment was the Mermaid Inn.

“About a month ago, I was working on the back room and this piece of wood fell out on the floor. I soon discovered it was more than a piece of wood,” Mclearen said.

Mclearen has owned Burgers By The Bridge for five years and has never found anything like the picture that would be tied to the past of the building.

“I have no idea of the origin of the picture,” she said.

Nancy Tokarchek (Loucks) and her husband Frank owned the Mermaid Inn from 1978 to 1981. She said she has no recollection of the picture being displayed anywhere in the restaurant during the couple’s tenure as owners.

“We were there when the pub was a pub and the theater was open. It was wonderful and vibrant,” Tokarchek said. 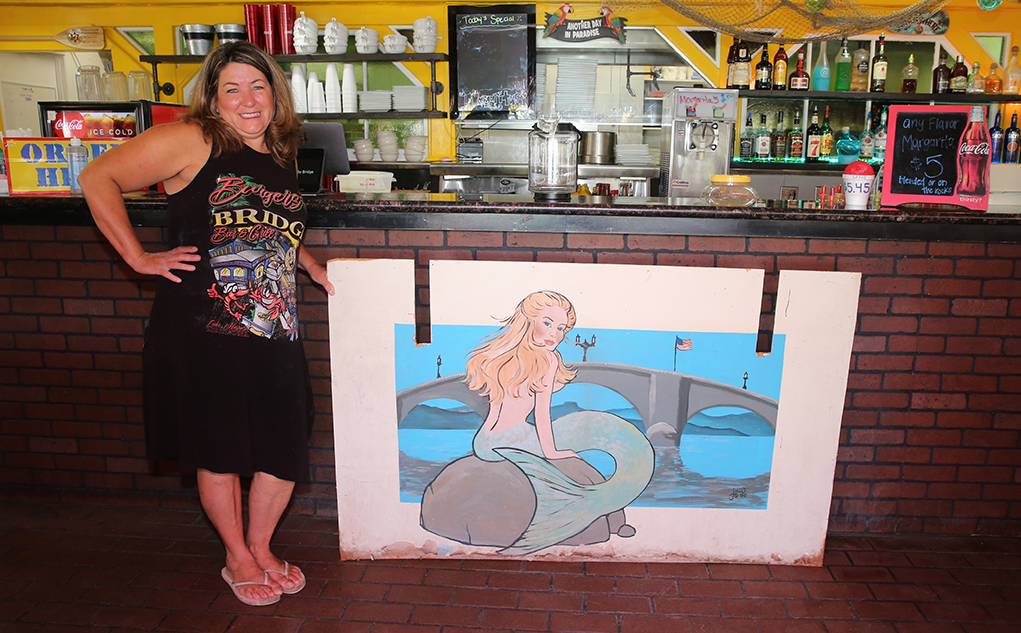 Harriet Mclearen holds the mermaid painting that was found inside of the Burgers by the Bridge wall. Jillian Danielson/RiverScene

Mclearen said they are moving along with their plans to open an ice cream parlor as part of Burgers By The Bridge. They will offer all things ice cream and are trying a new idea – an ice cream taco! They’re hoping to open the ice cream shop in a couple of weeks.

In the meantime, the mystery of the painting of the mermaid by the London Bridge remains. If anyone knows anything about the painting – who the artist is or when it was displayed in the Mermaid Inn – please post comments on this story on Facebook.

If no one knows about the painting, the mermaid’s secret shall live on.