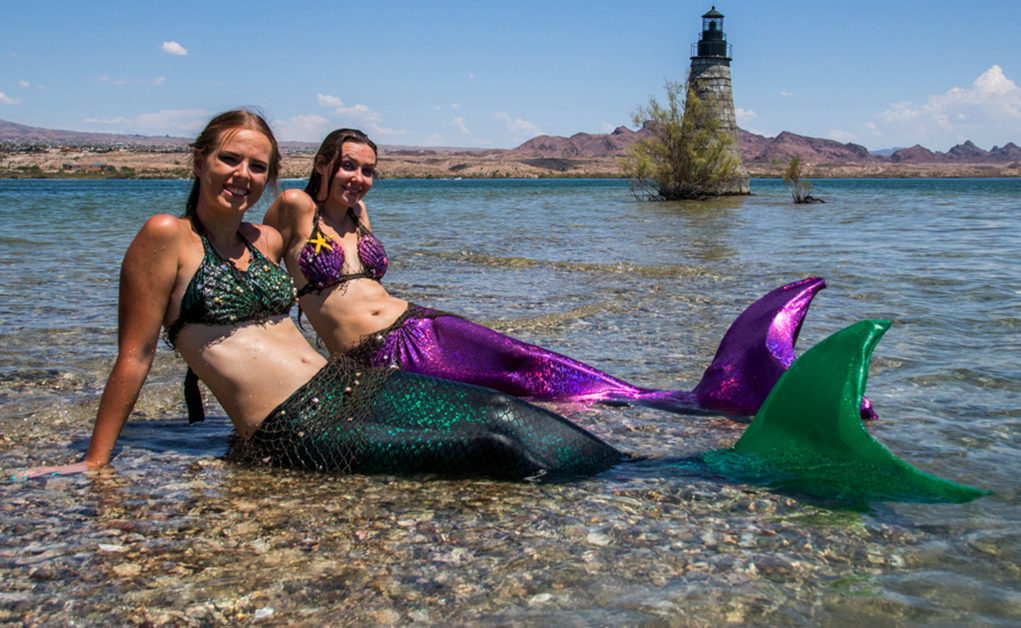 Mermaids are one of mythology’s most popular topics.

Whether the human female figures with fish tails are reminiscent of the Sirens of Greek mythology or taken from Hans Christian Andersen’s “The Little Mermaid,” or the movie “Splash,” fascination and reports of sightings are on the uptick. And one of the most clicked on attractions on the London Bridge Renaissance Faire 2017 website is that of a mermaid. 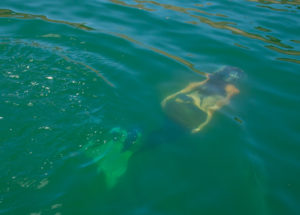 Flashes of green and purple have been reported.

Those sightings are Kim Weimer and Brittney Manson, Lake Havasu’s very own mermaids.

Weimer said the reason she started wearing her mermaid swimsuit was to honor her mom.

“I have always loved mermaids. To me, they are mysterious and free,” she said.

She said as a child the Disney movie “The Little Mermaid” was her favorite.

“As I got older, my interest in (mermaids) was placed on the back burner,” Weimer said. 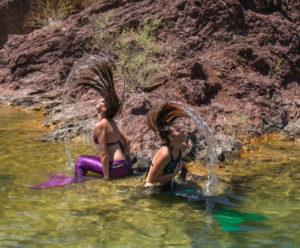 (l-r) Brittney Manson and Kim Weimer play in the water during the Mermaid photoshoot. Rick Powell/RiverScene

But in 2013, she watched a show called “Mako Mermaids,” and her interest was re-sparked.

After years of attempting to make her own tail, Weimer’s mom helped her whenever she needed it. Her mom offered suggestions for improvement and she was always there.

“I did some research and found out that not only were mermaid tails available for purchase but some were in my price range. I found a site called Fin Fun Mermaid.com and purchased a tail from them,” she said.

She went straight to her mom who took a photo and put it on Facebook and the rest is history. 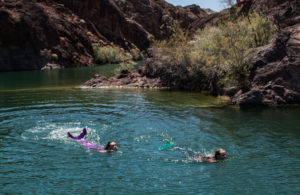 “I swim in my tail for three reasons,” Weimer said. First, for her own enjoyment, great exercise and the third are, “I love seeing people’s reactions to my tail. Seeing little kids’ faces light up with glee when they see me swimming is one of the best feelings I’ve experienced in the world.”

So be on the lookout. You never know when you might see a mermaid swimming in Lake Havasu and it could be magical. 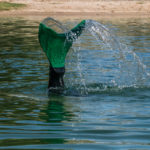 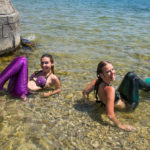 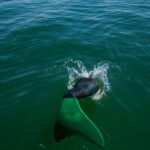 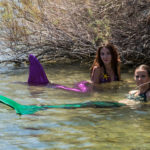 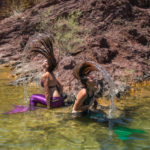 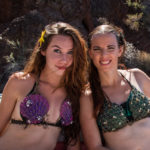 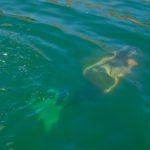 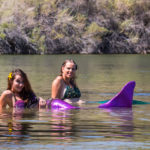 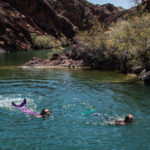 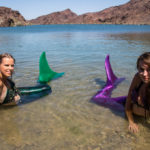 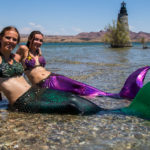