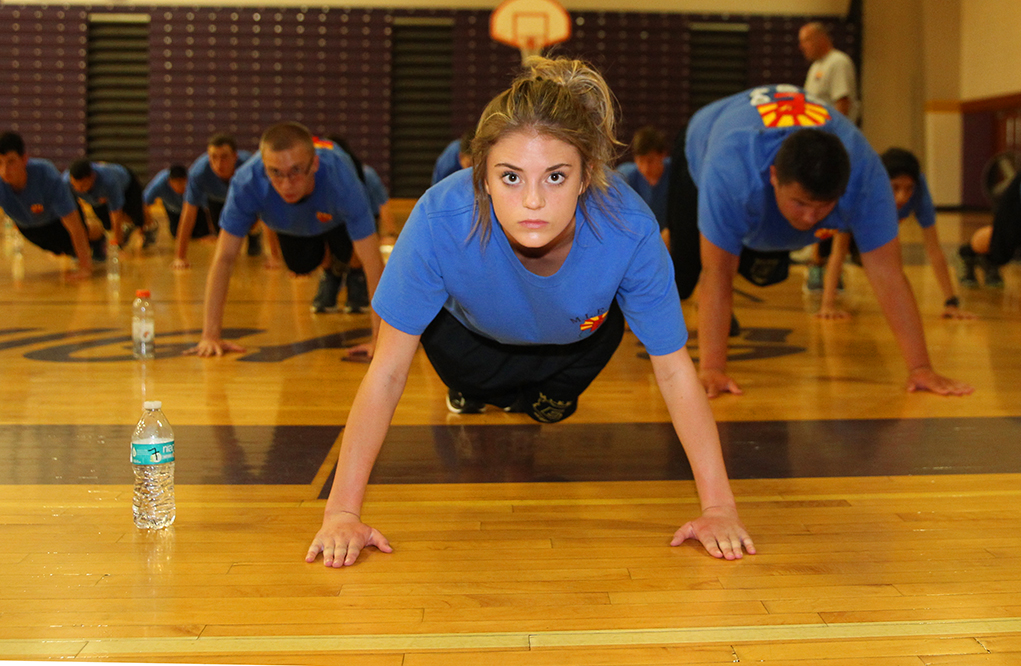 The Mohave Law Enforcement Explorer Academy, MLEEA, celebrated its eighth year of service last Saturday with the welcoming of 38 new academy recruits from Lake Havasu City, Chandler, Mesa, and Glendale. Included in this year’s academy are recruits from El Dorado County, Calif. The 2015 Academy dates are June 13 through 20; check-in took place at 1 p.m. on Saturday.
The MLEEA, founded in 2008, includes participants and police department staff from Lake Havasu City, Chandler, Mesa, and Glendale. With a staff of 20 officers, these 38 recruits receive academy instruction, enduring 160 hours of training within the eight-day program. Recognized among the top training academies within the state, the program relies exclusively upon fundraising and donations, with no current budget appropriate to the program. A $250 program fee is applicable to each academy member, which is paid for by each recruit’s post, making the program as reliant on the public as the public is on the police. 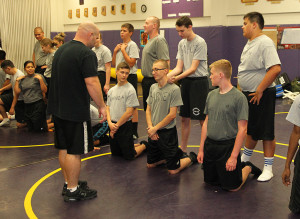 Recruits are overseen by support staff, including a full-time nurse. The program depends on and receives extensive support from the school district as well as from the police departments. Officer Ken Mitchell, Explorer Advisor for Lake Havasu’s Explorer Post 93, credits LHCPD  Police Chief Doyle for the academy’s success, stating that “it just wouldn’t  happen without him and those who support and attend the academy program.”
With the goal of providing Explorer Cadets with basic law enforcement  training and an insight to team building, the mission of the academy is to  allow these recruits the opportunity to accumulate as much law  enforcement experience as is possible prior to the age of 21, at which age  cadets must “retire” from the Explorer program to move on further toward departmental employment or involvement.
Stressing that cadets “can do anything as long as they can do it as a team,” Officer Mitchell spoke highly of the program as it continues to provide young men and women a hands-on opportunity to determine if they want to pursue a career in law enforcement. Representing the LHPD as well as themselves, Explorers adhere to strict standards as they move within and help to better their local communities through this established academy.
The MLEEA is open to all local eighth grade graduates and up to the age of 20 who are interested in examining a future within the realm of law enforcement. Those interested may call Officer Ken Mitchell at 928-855-1171, Ext. 5303 for more information on the Explorer program. 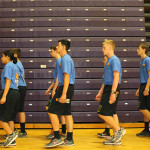 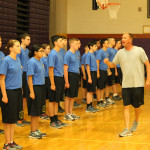 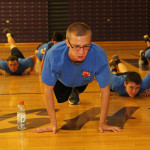 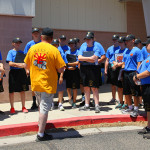 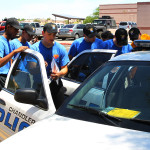 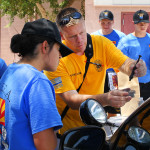 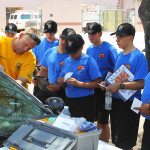 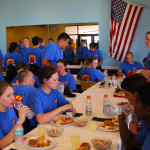 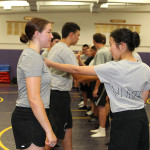 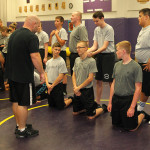 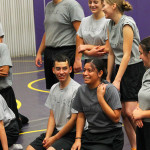 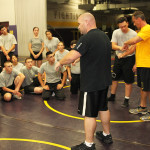