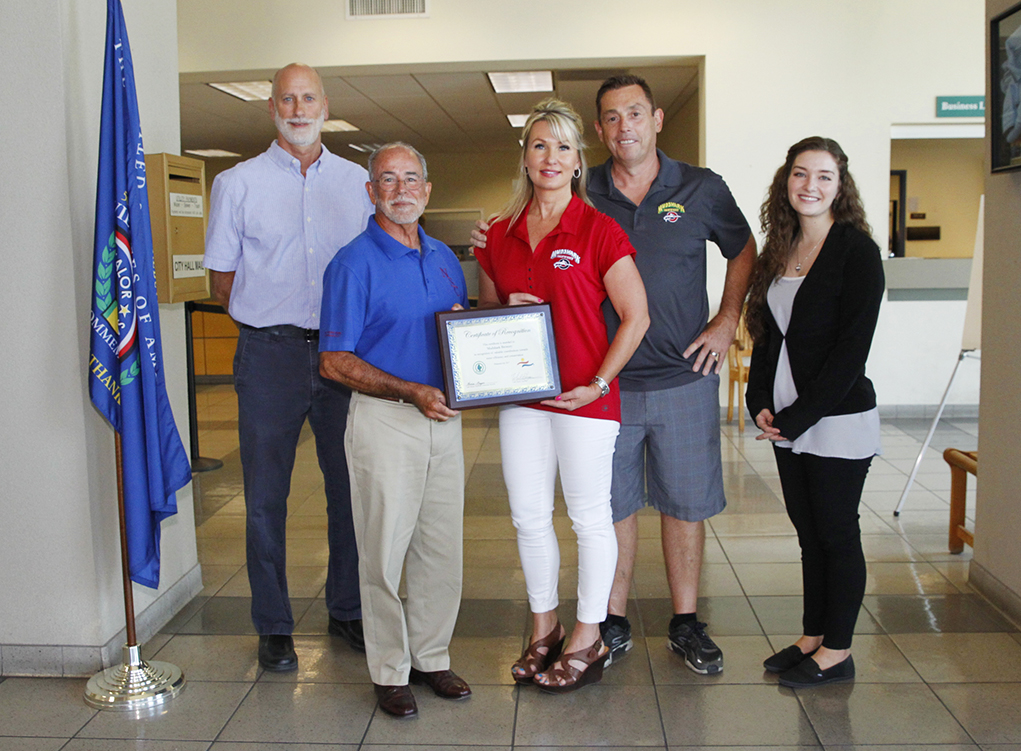 This year, a certificate of recognition program was created in Lake Havasu City to recognize individuals/businesses for their water conservation and sustainability efforts.

Mudshark installed two 3,000-gallon cisterns at the brewery that capture the RO waste discharge. They then use the RO water waste to clean machinery in the brewery. According to Morgan, on average, an RO system wastes four gallons of water for every gallon of filtered water produced.

“Mudshark has reduced their consumption dramatically by reusing this unfiltered water to clean their machinery,” Morgan said. 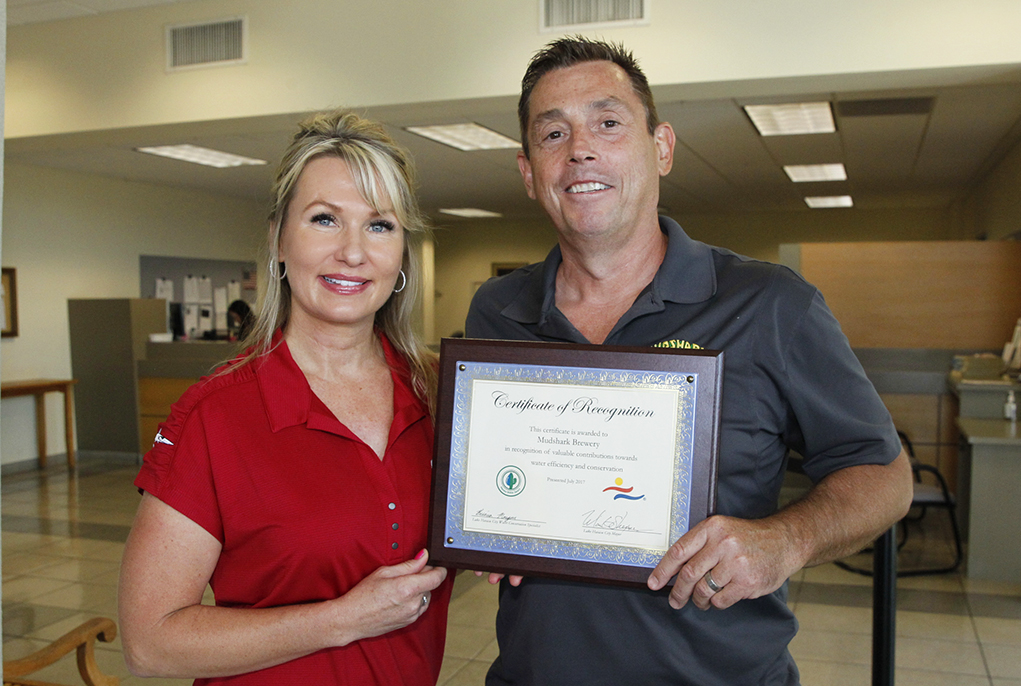 Tina Stocking, co-owner of Mudshark Brewery, said, “Our goal as a company is to be as sustainable as we can. Therefore, we installed solar panels three years ago so we are brewing on 80 percent solar. Also, we started recycling our water usage. We cut it by 50 percent.”

Stocking said the goal is to reduce the company’s carbon footprint. “We’re thinking about the future of the city, our county and our world ultimately.”

She said of receiving the certificate, “We’re doing this to set a good example and to do good so receiving this certificate it means a lot. It’s an honor to receive this from our mayor and our city.”

Morgan said anyone can contact her to nominate a business, a group or an individual for conservation efforts. Contact her at 928-855-2618.