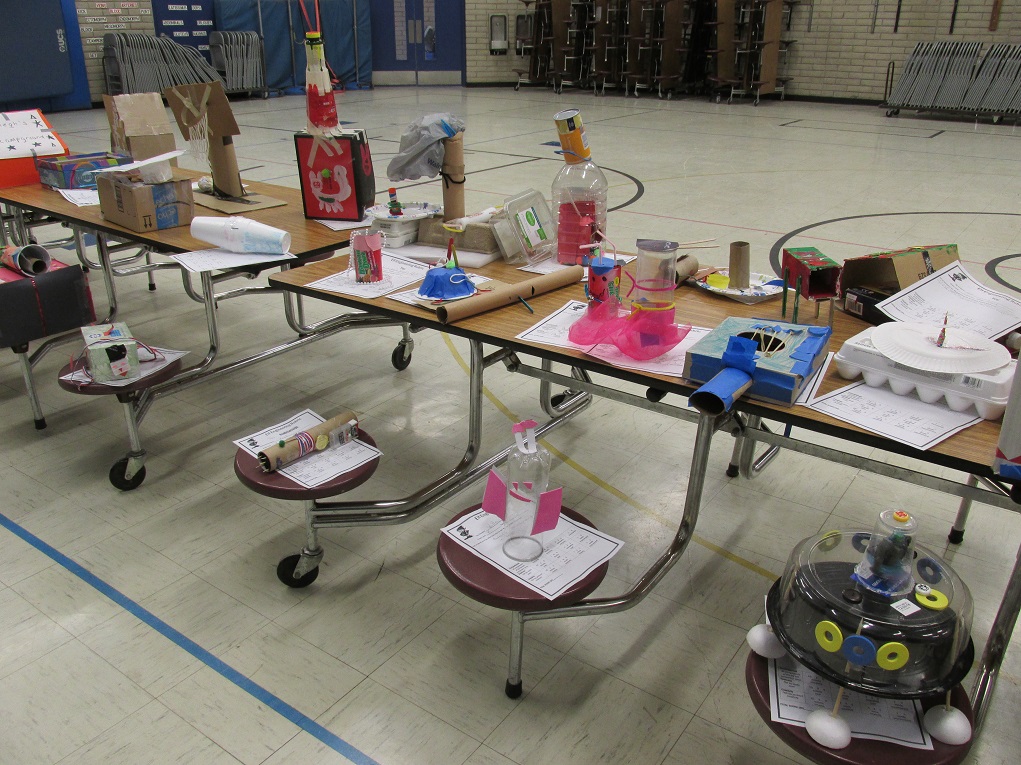 Nearly 400 students participated in a Santa’s workshop-type project – but with recyclables – during Elf Engineering Day on Wednesday afternoon at Nautilus Elementary.

“They’re made from recyclables,” said Nautilus principal Ruben Gonzales. “There are three categories: instruments, games and toys. The school administrators, teachers and ASU personnel are the judges.”

The students range in age from kindergarten to sixth-grade. They used recycled items including egg cartons, water and soda bottles, cereal boxes, popsicle sticks, paper products and cardboard boxes to build their contraptions. After adding a little glue and glitter, and the use of magic markers to draw decoration, the entries were displayed on long tables in the gymnasium for judging. 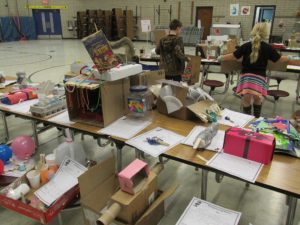 “The idea started last year,” said Nautilus academic coach Christie Olsen. “We really just wanted to give the students the opportunity to create. We wanted to step away from the screens and just create.”

Last year, the project focused on just toys. This year, it was expanded to also include the games and instrument categories.

In true Santa’s workshop fashion, the children worked under deadline.

“They brought their recyclables with them to school today and they created them in the classroom,” Olsen said. “If they wanted them to be judged, they had to tell us a little about the project.”

The entries brought to the gymnasium for judging was required to have an Elf Engineering Day entry form. The form includes the child’s name, age, and classroom, the category classification, and a description of the project.

The forms also served as the judging sheets. The merit on which each entry was judged included completeness, neatness, and creativity.

The winners, which were provided by Olsen, include: the instrument category, one kindergartener (Ben), one first-grader (Emma), one third-grader (Jeremy), and three fourth-graders (Dominic, Carlos, and Alianet).

For the toys category, one second-grader (Carter), one third-grader (Kayliegh), two fifth-graders (Jasmin and Cecilia), and one sixth-grader (Hector).

For the games category, one second-grader (Lilah), two third-graders (Abel and Alicia), one fourth-grader (Damian) and two fifth-graders (Addy and Dan).