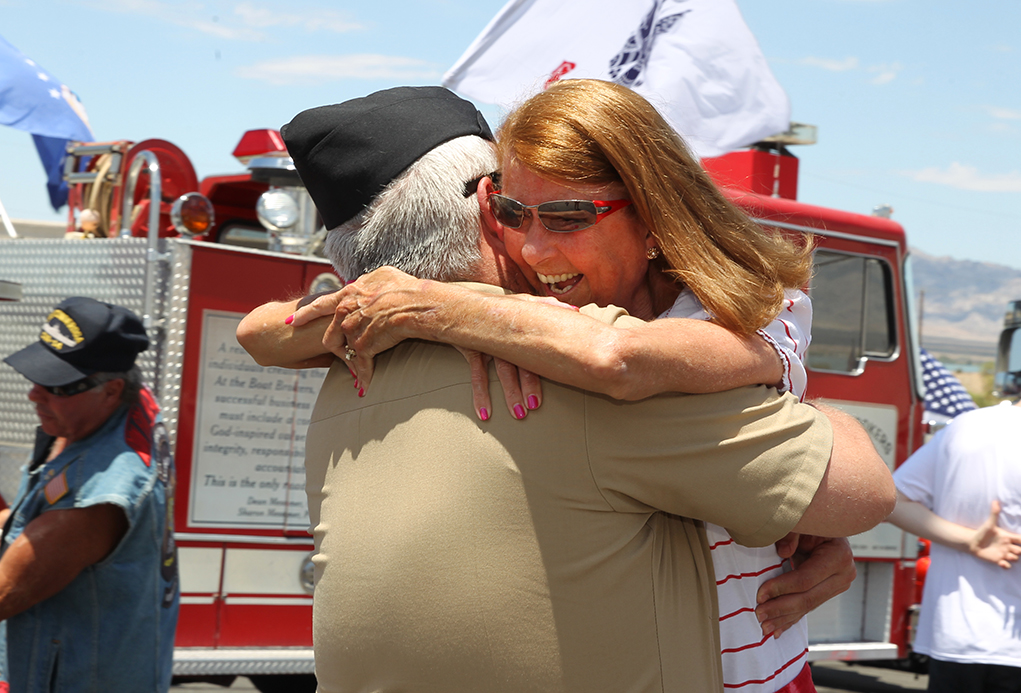 A surprise Thank You For Your Service ceremony happened Sunday at the American Legion for a U.S. Navy man who was visiting his family in Lake Havasu City over the Fourth of July holiday.

PO1 Bill Gorham Jr., 37, arrived at the American Legion with his wife and five children thinking they were having family portraits taken there. But as they arrived, he stopped the car when he saw a flag line. His mother, Lillian Beaulieu, waved him through the line, telling him, “This is for you!” 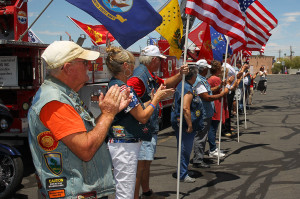 As he drove his car through the flag line, the two lines of people holding flags cheered and applauded.

Once inside, Gorham was greeted and applauded again by a full house waiting for him.

After the Pledge of Allegiance and a prayer by Chaplain Sisto Sandoval, Vice Mayor Donna Brister presented Gorham with a certificate thanking him for his service from Mayor Mark Nexsen, who was unable to attend. Councilmember Cal Sheehy also attended. The American Legion, American Legion Auxiliary, American Legion Riders, VFW, VFW Auxiliary, DAV, Marine Corps League, VFW-American Legion Combined Honor Guard, and other groups individually thanked him for his service and presented him with memberships, challenge coins, and other tokens of their gratitude. The Military Moms presented Gorham with a Navy service flag signed by those in attendance. 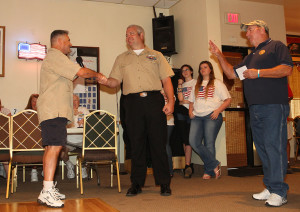 Gorham enlisted in the Navy in March 1997, and his MOS is Electronics Technician Surface Warfare, Expeditionary Warfare. He has been stationed at Great Lake, Ill., San Clemente Island, Naval Special Warfare Group 1 San Diego, Naval Medical Center San Diego, Special Boat Team 12, USS Curts, and is currently assigned to Naval Special Warfare Unit 3, Center for Surface Combat Systems, San Diego. He has been deployed to Kuwait, South Korea, Bahrain, Indonesia, Philippines and Kenya. He also was deployed to the Thailand Tsunami in 2004 on the Mercy.

Two of Gorham’s grandfathers served in the military, one in the Navy and the other in the Air Force. And he has a brother and many cousins in all branches of the military. Gorham plans to retire from the Navy in two years.

Gorham’s mother and stepfather are Lillian and Woody Beaulieu, of Lake Havasu. His aunt, Linda Bassett, has lived in Havasu since 1978.

Gorham was overwhelmed by the attention.

“I’ve never seen anything like this before,” Gorham told the crowd. “This is unbelievable, and it means a lot to me. I can’t thank you enough for what you’ve done.” 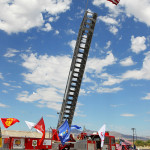 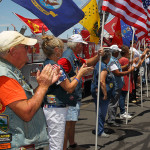 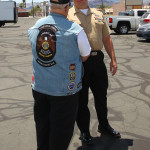 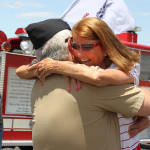 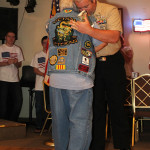 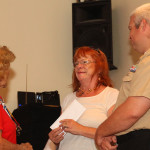 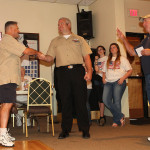 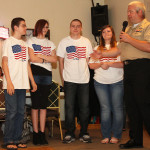 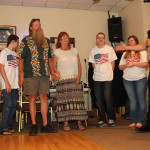