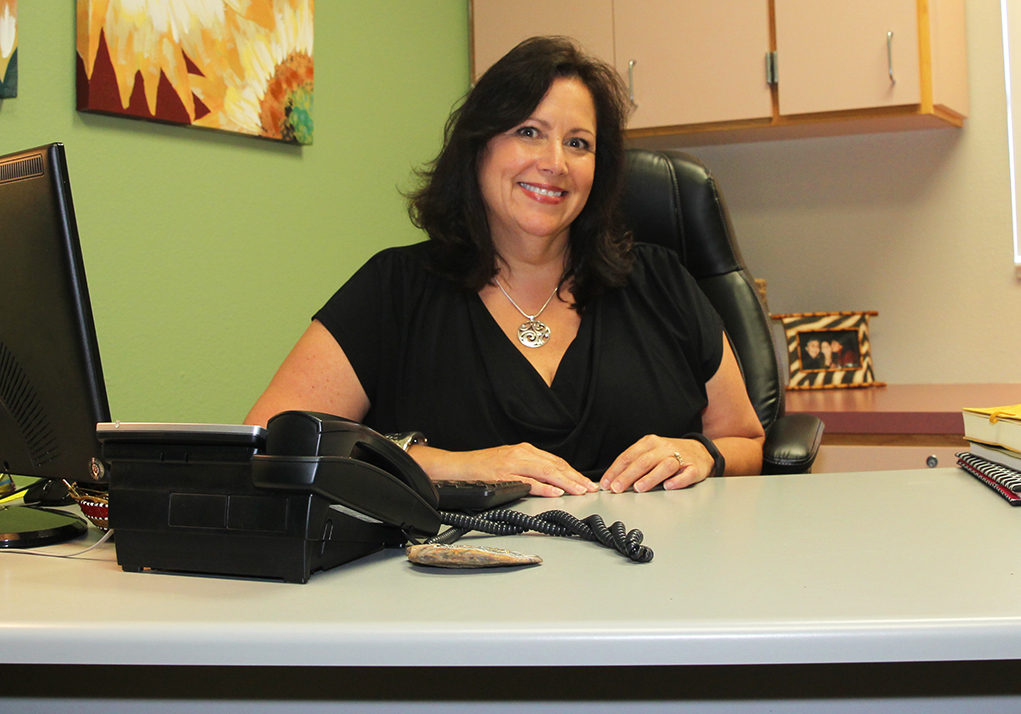 New Thunderbolt Middle School Assistant Principal Charlotte Hansen was a no-show on the first day of classes last Monday, but it was not by choice. The Willow Fire burned through her neighborhood causing her to miss work.

“Our own new assistant principal had a house out in Mohave Valley and unfortunately, she had to miss her first day of school because of the fire,” said Denise Miner, with the Lake Havasu Unified School District.

A few days ago, Charlotte Hansen was planning for the start of the school year and beginning her new position at Thunderbolt Middle School. That was, until the fire that ignited in the area kept her and other residents stranded and unable to leave Marina Cove and make the commute to Lake Havasu City for work.

“We were asked by the sheriffs to leave our home Sunday when winds started to pick up, Hansen said. 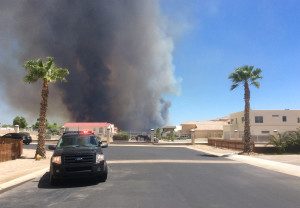 The Willow Fire as seen from Hansen’s front yard as she was evacuating.

“We had 25 minutes to grab everything we could and then go. I grabbed whatever I could, including wet laundry from the dryer and threw it in my car.”

The Mohave Valley Fire Department, Bureau of Land Management, Arizona State Forestry Division and many of the other fire departments from the Mohave County area worked to contain the fire and finally did, but what was left behind was a total loss for many.

“You know this is something that you don’t prepare for,” Hansen said. “I saw people around me lose everything including their animals. All I could think of was my house, and if it was going to still be there when I return.”

Hansen spent a day at the emergency shelter set up at the Mohave Valley Elementary school with her husband while she waited to hear when the evacuation would be lifted.

“I also began to think about how I missed the first day of school and that I was really not there to help my fellow principal and colleagues with all the kids,” said Hansen.

Luckily, Hansen was able to return to her home Monday afternoon when the evacuation orders were lifted, and her home was still standing. Hansen said the amount of support she received from fellow coworkers and the school district was so unbelievable.

“The entire staff and school district here are great, there was not one person who didn’t call or email me to offer a room to my husband and I, or offer shelter for my animals,” said Hansen.

“It was meaningful for me, especially since I’m fairly new and the teachers don’t know me that well yet.”

“In a way, I am happy that this horrible thing happened. “It gave me a birds-eye view of how lucky I am. I was able to be with my husband in a stressful situation,” said Hansen.

“My new school also welcomed me with open arms, it was very telling of a brand new school it felt like a warm hug. I’m a believer that what you put out there you get back and I will definitely give back to my school and coworkers at Thunderbolt Middle School. I’m a very lucky woman for sure.”