New Housing Development ‘Viewpoint Estates’ Opening On The North Side 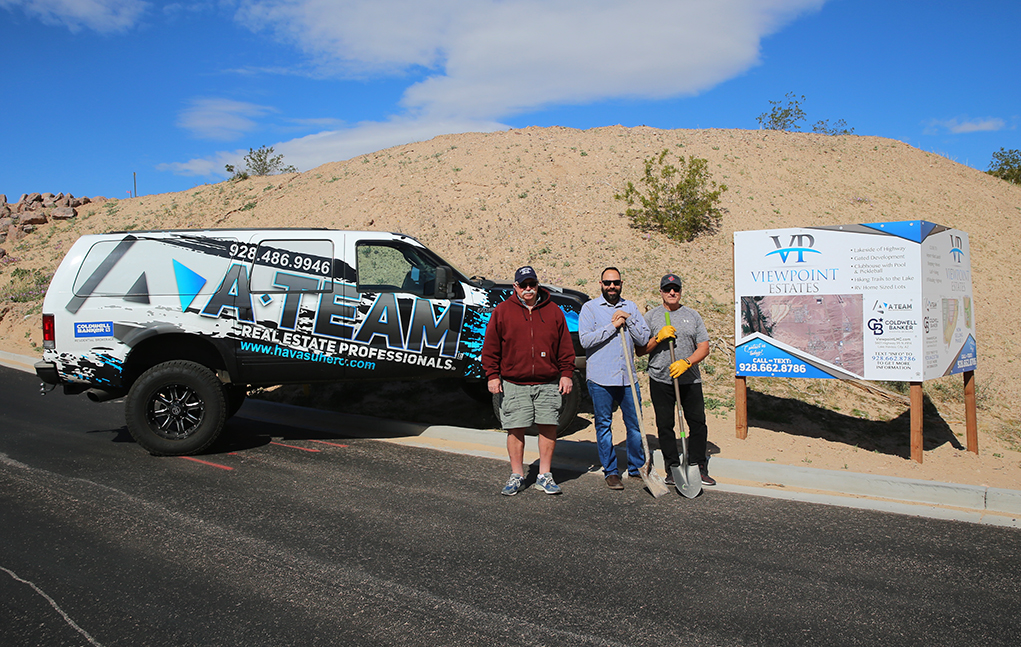 The north side of Lake Havasu City has been on a gradual course of development, but new plans have the area set for an explosion of activity as Chad Nelson, of The A-Team Real Estate Professionals, announced the now open Viewpoint Estates housing development.

Viewpoint has been in the works for six years and now lots are on the market.

“It’s a beautiful development, really quiet out there,” Nelson said. The development will include a clubhouse, a pool and pickle ball courts. One distinctive aspect of the Viewpoint is its neighbor, Havasu National Wildlife Refuge, and its proximity to the lake. “It’s exciting, we’re finally here,” he said. 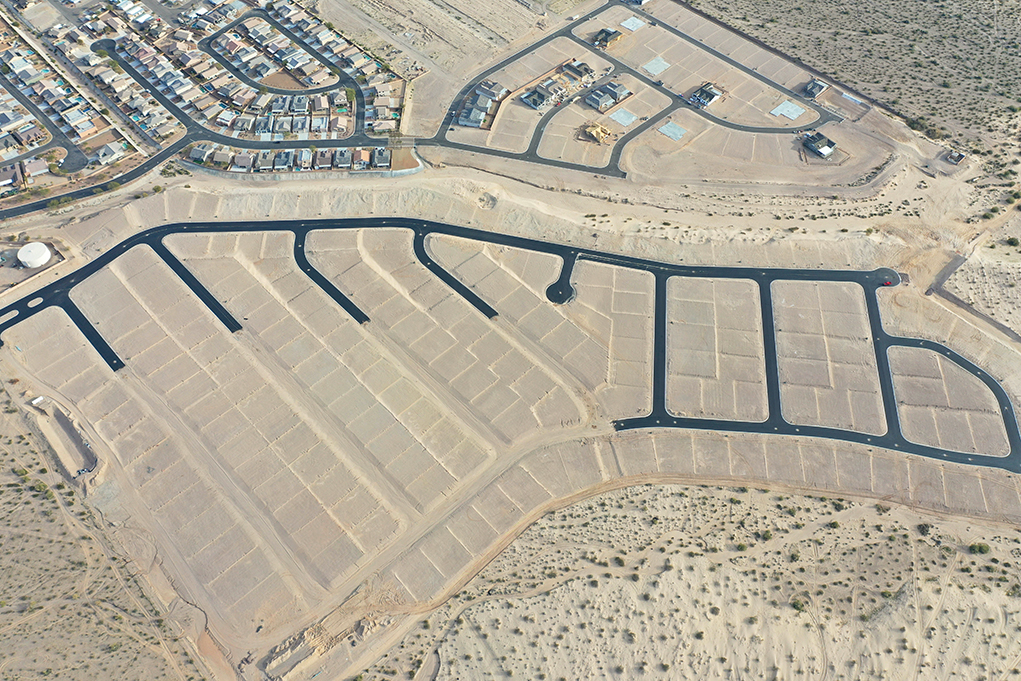 Nelson has a unique skill set which has prepared him for such a large project. He moved to Lake Havasu in July 2005, and worked for Summit Homes as a construction supervisor. At the height of construction, he found himself supervising the building of 40 houses at a time until business slowed dramatically, only averaging a build of two homes at a time.

The downturn didn’t leave Nelson without a plan as he decided to attend real estate school with his brother. Soon he hung his license with Coldwell Banker which allowed him to not only continue supervising builds but also selling homes. Eventually, real estate became a thriving business for Nelson as he transitioned to selling homes full time.

Nelson’s construction background has not only become an asset for him, but for his clients as well. His experience also allowed him to help people buy distressed properties and then assist them with his previous connections. He in turn would gain referrals – a win win.

Another change occurred for Nelson in 2009 when as Joanna Pellerito, of Joanna and Associates Real Estate, moved over to Keller Williams and hired him to run her team. He did so until Pellerito retired in 2013, prompting Nelson to launch The A-Team.

The new company brought new opportunities as it quickly grew as Nelson became involved in a great deal of new construction. In 2014, Nelson’s firm worked with the development of 26 lots on the Island. Now, at Coldwell Banker, A-Team represents the developer for three developments on the Island, in addition to a small project on the south side. 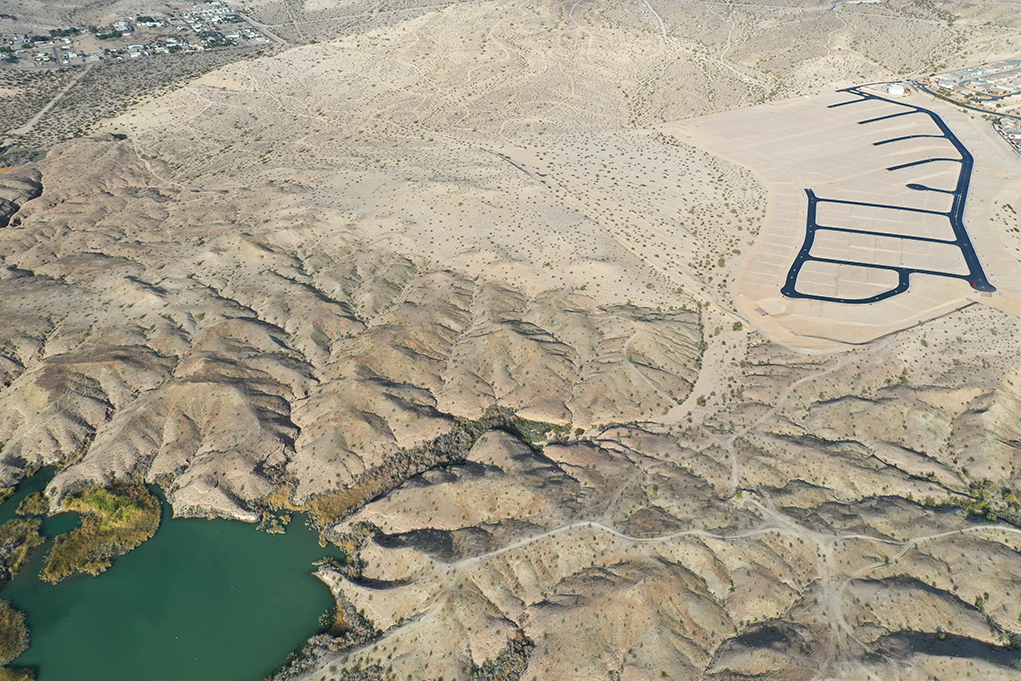 This growth has culminated into representing the developer of the Viewpoint, on the north side near The Shops at Lake Havasu. Viewpoint Estates, not to be confused with its neighbor Northpoint, features 269 lots, one of the largest projects in Mohave County. There are 119 lots being released in the first phase of development with 25 lots under contract already.

Of Viewpoint and Northpoint, Nelson said, “The two developments complement each other. At Northpoint, you walk in and they have preselected plans. You pick a plan, colors and a lot; at Viewpoint you pick your lot, then you can interview different home builders to custom design your own plan.”

Several of the builders involved with Viewpoint will be building spec homes, which are built at the builder’s risk. The builder will select colors and textile choices and other aspects of style and then put the home up for sale for those buyers who don’t want to select a floorplan and go through the process of designing a home.

Nelson notes however, that some people really enjoy designing their own home while others hate being consumed with a lot of decisions to make. 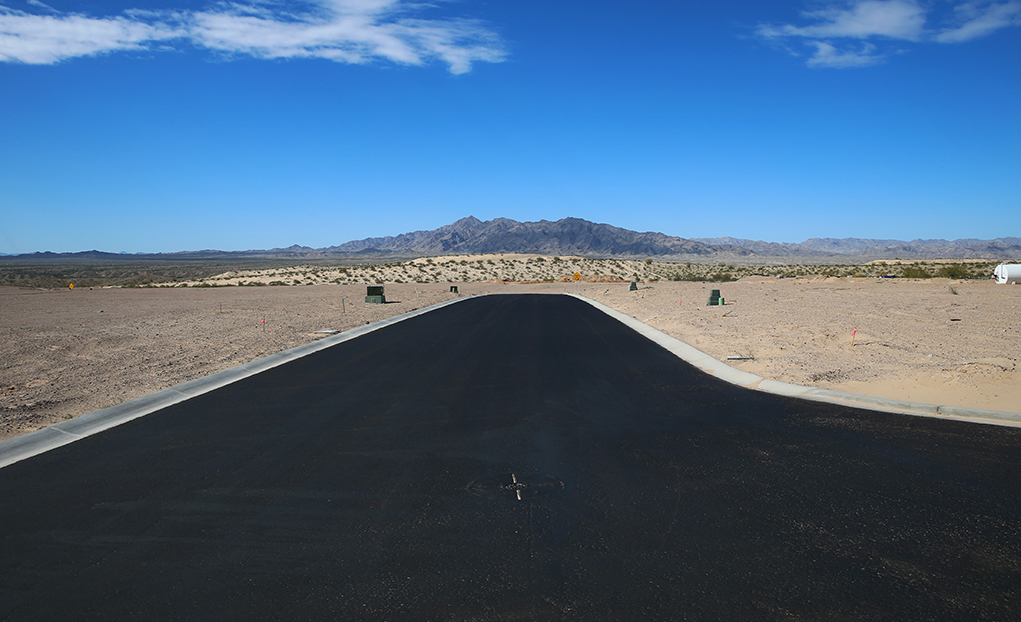 Lot prices will range from $73,000 up to approximately $120,000. In Lake Havasu City, a grated lot it will be listed at around $80,000 – $90,000, Nelson estimated by comparison. The advantage of building at Viewpoint is that everything is new, as opposed to in town where one might build a home next to an older residence, which doesn’t help the value.

The development is aligned with clients who want to buy a lot and design a home. Nelson said that homes do not need to be especially large. While one customer may wish to build a modest home with a three-car garage, another could build a 2,300-square-foot home with an RV garage. Lots may also be combined for even larger projects. Nelson said, “I’m excited about the amount of interest that we have before we’re even doing a lot of advertising.”

Mohave County has finished the final inspection of the development and can soon sign-off on building permits. Speculation is that the first house should go up in approximately two months while finished house are around a year out. “It’s going to be pretty amazing,” Nelson said. Eventually, the community will be gated after the construction begins to settle.

While Nelson is not the developer, he does consult on the project. During the inception of the idea, developers sought his opinion. Their vision was for mobile homes initially but Nelson pushed for a housing development and now the combined effort has taken off. 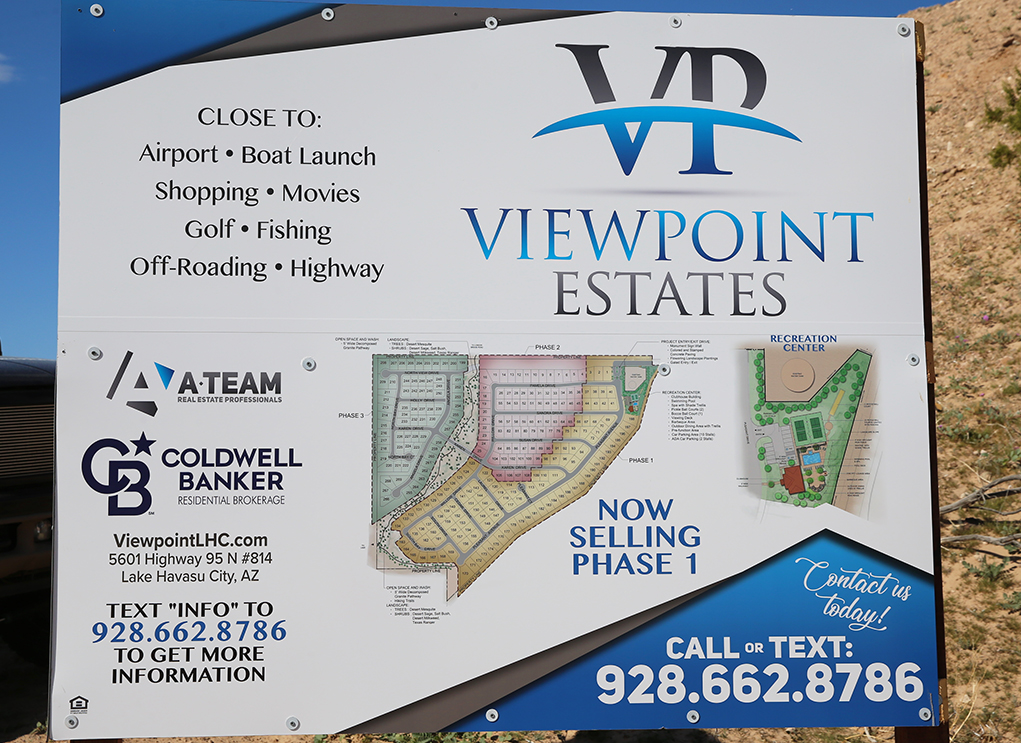 Meet With The A-Team

The A-Team has opened a convenient office at the mall for people to come explore their housing options at Viewpoint. The idea for the satellite office is to be able to talk to clients and potential clients in a dust-free zone as opposed to the bustling construction at the development. The office is still a work in progress as they plan to be a one-stop shop for anyone interested in housing at Viewpoint or businesses that may be interested in moving into the area.

The north side share of local business should grow with the development of the area.

For more information on Viewpoint Estates, please contact Lynne Ticknor with The A-Team Coldwell Banker at 928-485-4141.