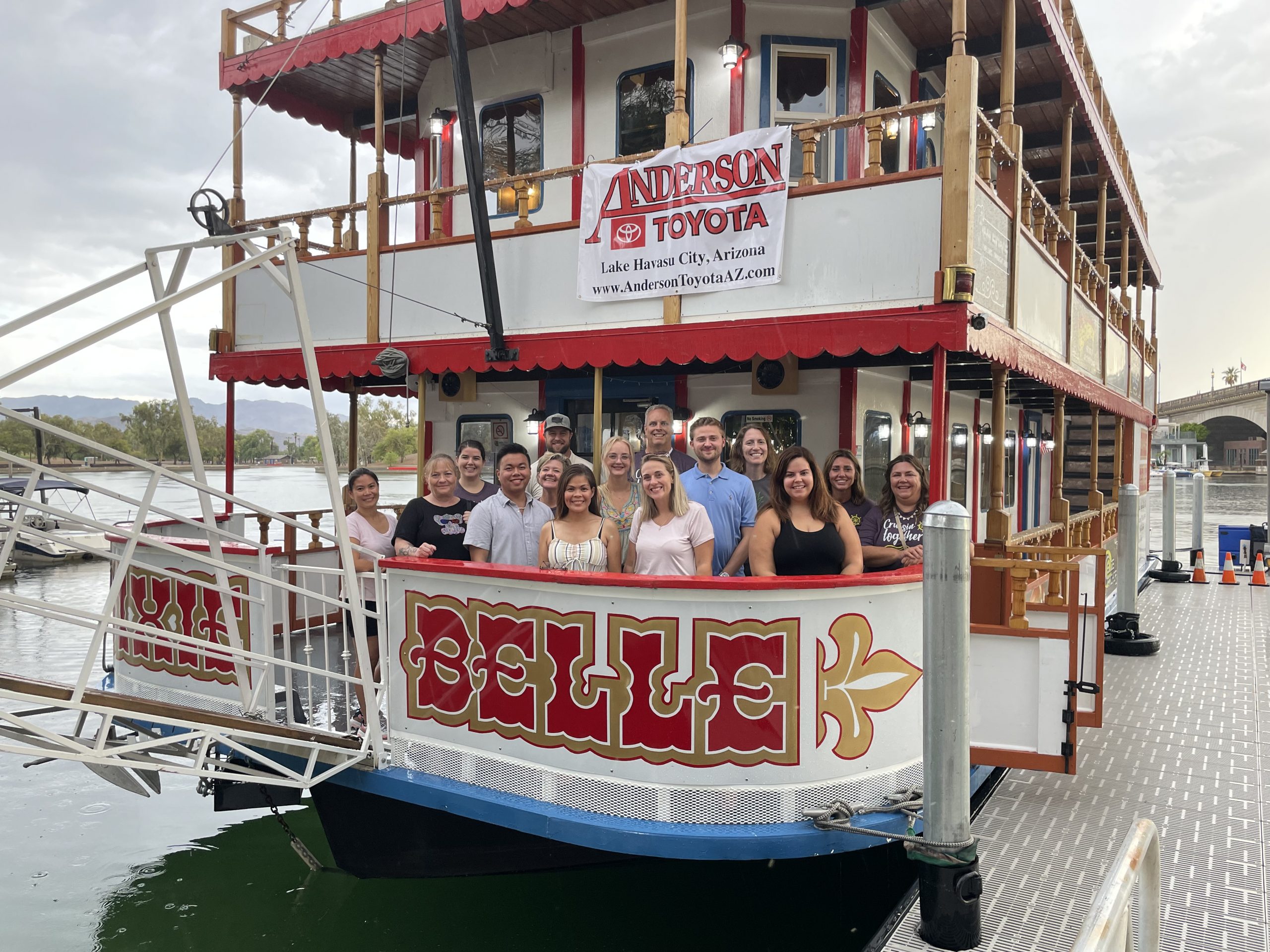 Mother Nature had her own ideas about what the weather would look like Tuesday evening, but many of the new Lake Havasu Unified School District teachers came out to enjoy the company of their peers on the Dixie Belle.

The evening, sponsored by Anderson Toyota, was supposed to consist of a beautiful cruise on the Dixie Belle, but heavy rain caused plans to change.

But not to worry, the teachers who showed up for the event enjoyed a party at the dock with their coaches and others.

RiverScene Magazine visited with some of the teachers who were at the event.

Sabrina Meli is a local native.

“I was born and raised in Lake Havasu City. I will be teaching third grade at Starline as a first-year teacher. I’m very excited about making a change in students’ lives. I want them to enjoy coming to school and learning. I want them to enrich their futures.” 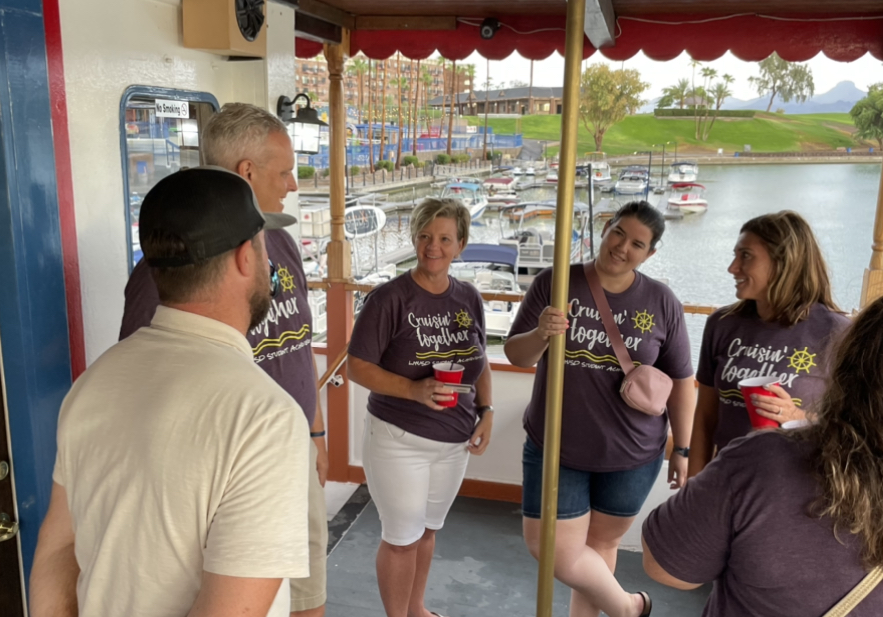 Brecy Junbas has traveled to Lake Havasu City from the Philippines.

“I’ll be teaching grade nine English at Lake Havasu High School. I came from the Philippines, and I just came here last month.”

Junbas said her Visa sponsor emailed her to let her know she had an interview with the Lake Havasu Unified School District.

“And that’s it. After the interview I sent my application and after that, I got hired,” she said.

She said she looks forward to being part of the community.

“But I love the view. I’ve met wonderful people here. They’re so nice and kind,” she said.

“I’ve been here a week and I’m loving it. I love all the scenery. And I’m excited to actually learn the American culture when I get in the classroom.”

It is Antonio’s first time in the United States. “I like everything except the heat. It’s hotter than the Philippines but yeah, everything is great. Everything is in place. It’s systematic. I love it,” he said.

It is her second time in Arizona. “I was here the first time in the Douglas Unified School District and now the second time here in Lake Havasu,” Magbago said.

“I applied online thinking that this town is a reservation because it’s a lake. So, without knowing this place is a beautiful place, a scenic place and one of the best tourist spots, I arrived.

“When I got here, I was like ‘Oh my God everything is so amazing for me.’ Especially the lake and everything is just perfect. Very peaceful. I didn’t expect that when I was applying.”

She said she was looking forward to her second year of teaching. 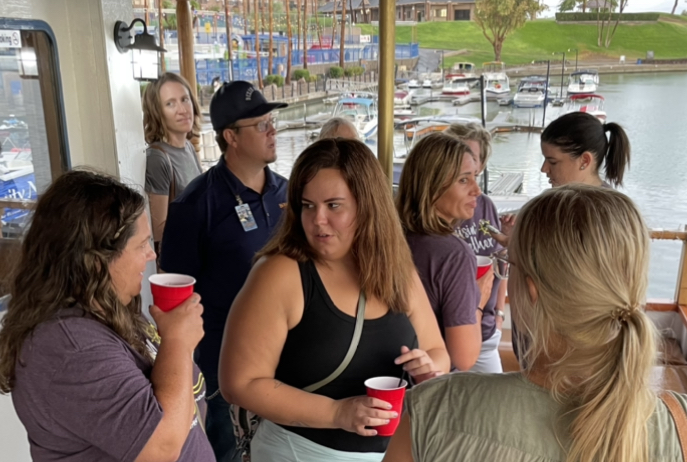 Hannah Towns came to Arizona from Cedar Rapids, Iowa. “But I’ve lived in Havasu for three years. I actually started teaching in Parker and taught two years in Parker and then moved to San Diego,” she said.

“I decided I liked Havasu best and started teaching at Havasupai. I taught first-grade last October until now so I’m starting my second year in Havasu. It will be my fourth year of teaching.”

As the rain fell, new teachers got to know each other and their coaches while enjoying a fun social event.

New teachers and their coaches have been participating in orientation activities all week in preparation for the first day of school Aug. 8.

Throughout the orientation period, various businesses have sponsored meals and events like the Dixie Belle outing. 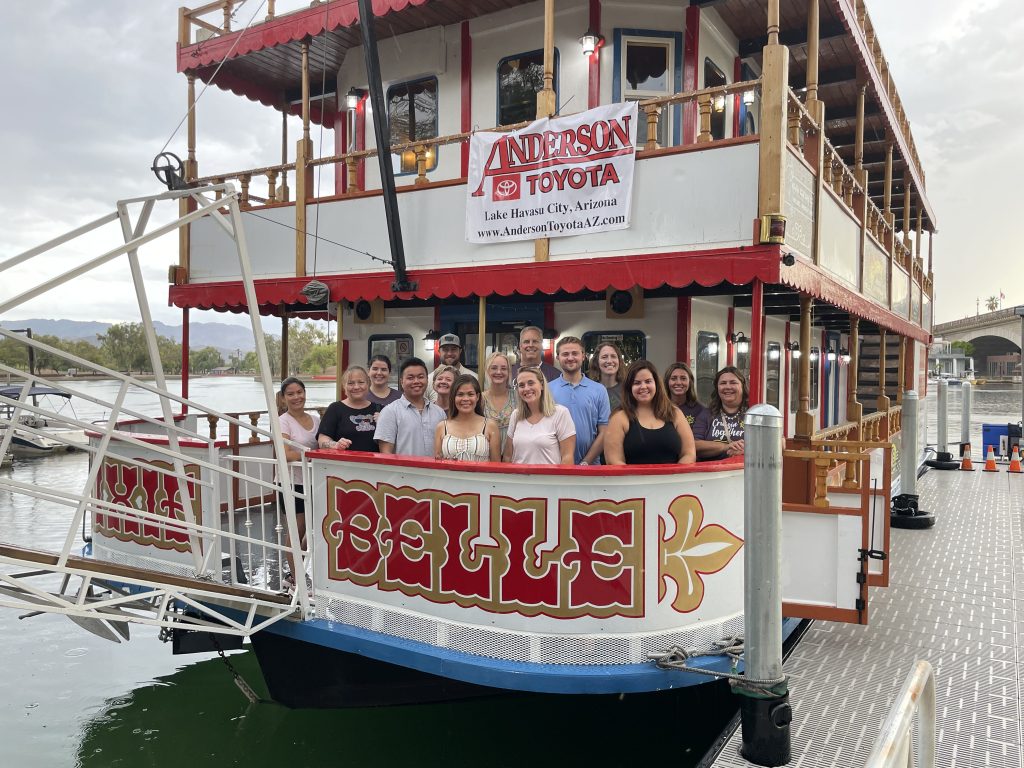 Anderson Toyota sponsors a ride on the Dixie Belle for teachers new to the LHUSD. Jillian Danielson/RiverScene