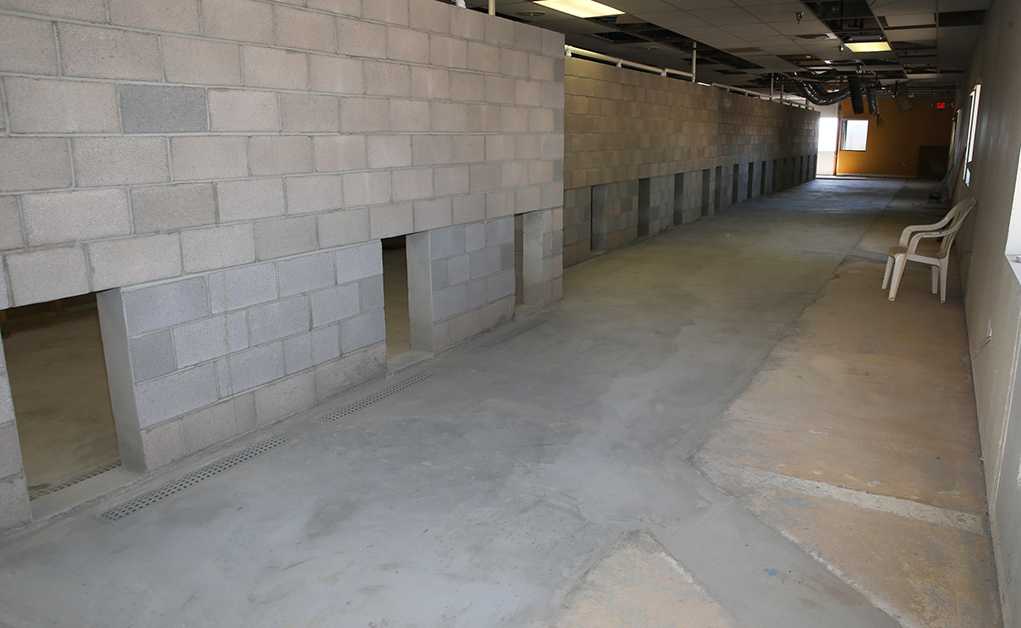 Nearly two years into the project, Western Arizona Humane Society is within about six months of keeping it cool at the new animal shelter in Lake Havasu City.

“I just want to thank the community for their support,” said WAHS Executive Director Patty Gillmore. “We absolutely love this community. They’re amazing pet lovers and responsible pet owners. They’ve supported the building of the shelter, they want something better for the animals.”

The biggest perk to the new shelter, which is within the former U.S. Bureau of Land Management building near the intersection of S. Acoma Boulevard and Sweetwater Avenue, is the air conditioning.

“The big thing is our animals, for over 40 years, have been in non-air-conditioned kennels,” Gillmore said. “And that’s in 120-degree heat in Havasu.” 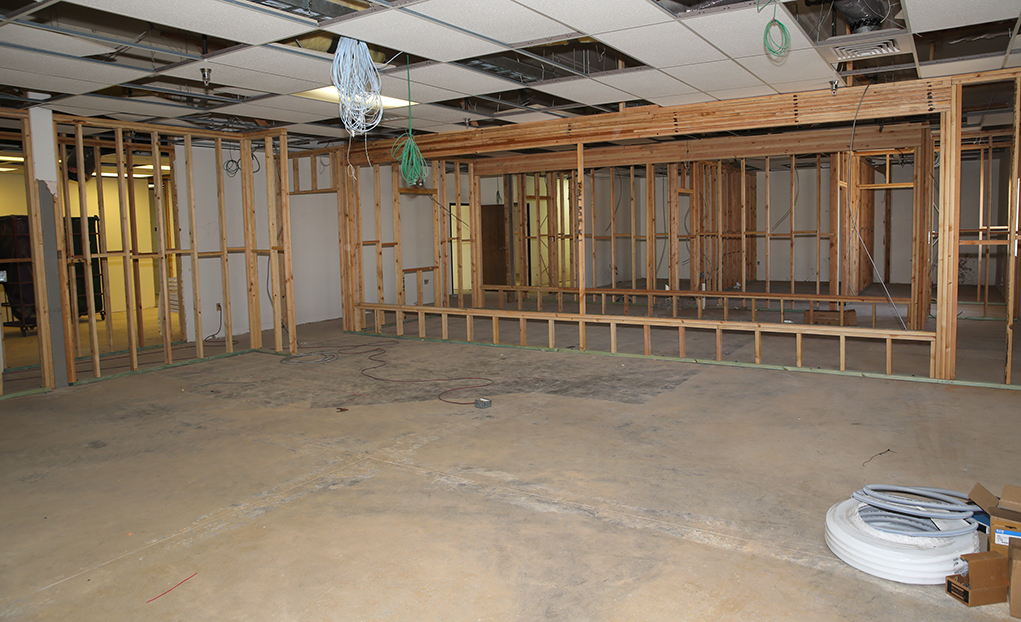 The front lobby that is under construction of the new WAHS building. Jillian Danielson/RiverScene

The new shelter is 22,000 square feet and it’s entirely air-conditioned. Construction and retrofitting of the space on Sweetwater began in September 2016. The February 2019 completion date is tentative as it hinges on upcoming permitting processes, approvals, inspections and contractor availability when it comes to completing the work.

WAHS animal shelter currently operates between two locations. The medical and intake facility on Aviation Drive, and the adoption center on Empire Drive. Although they’re near each other, Gillmore said she looks forward to having her 22-member team under one roof.

Right now, the local animal shelter consists of 30 adoption kennels and 15 holding kennels at the Empire location, and 20 smaller, half-kennels at Aviation.

“The new kennels are double-sided,” Gillmore said. “When cleaning, the middle part comes down so the animal can be on one side, and the tech can be on the other, and the animal won’t be disturbed.” 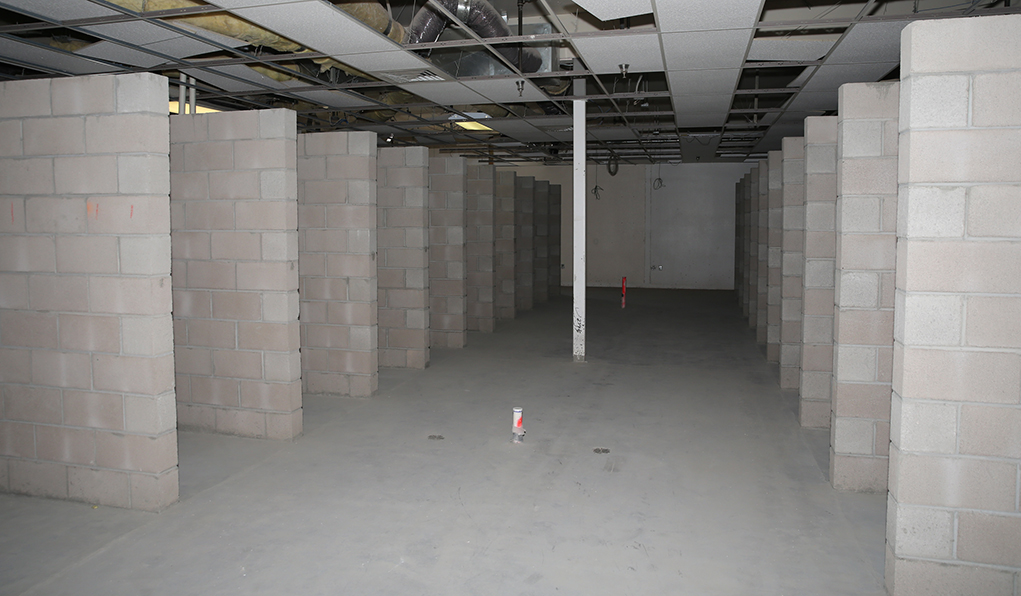 New kennels are being built in the WAHS building. Jillian Danielson/RiverScene

When it comes to Mohave County, there have been known animal-hoarding cases that easily have overwhelmed the WAHS animal shelters in both Havasu and Kingman.

The new Havasu animal shelter’s 55 kennels are designed in a such a way that could easily accommodate an immediate influx of shelter guests.

“There’s a guillotine that comes down in the middle that creates double occupancy in a matter of an hour,” said WAHS Administrative Manager Steve Jenkins.

The 55 kennels at the new location include 48 kennels for dogs, and four puppy kennels that will be used for canine moms who are nursing their pups. The three real-life rooms are showcase-type kennels which, for example, would be used for frolicking puppies who are ready for adoption.

Additionally, there is one more pet room that will house specialty pets such as mice, guinea pigs, birds, rabbits, snakes and other reptiles.

“One wing of the shelter is going to be a veterinarian unit,” Gillmore said. “We will be offering vet services to the public.” 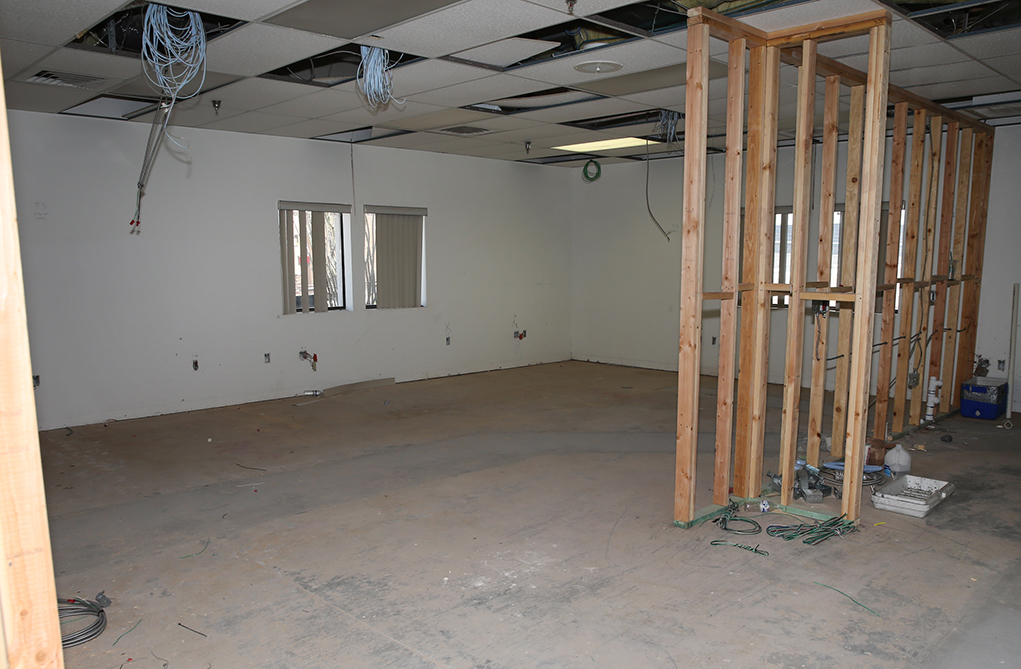 A Surgery Suite is being constructed at the new WAHS building. Jillian Danielson/RiverScene

There also will be an in-house groomer for the shelter guests. Bathing and bows do help the pets when it comes to attracting a new family, Jenkins said.

“It’s a good feeling,” Gillmore said. “We are also at a 97 percent live-release rate. We are a no-kill ethics shelter. We only euthanize very aggressive or very sick animals.” 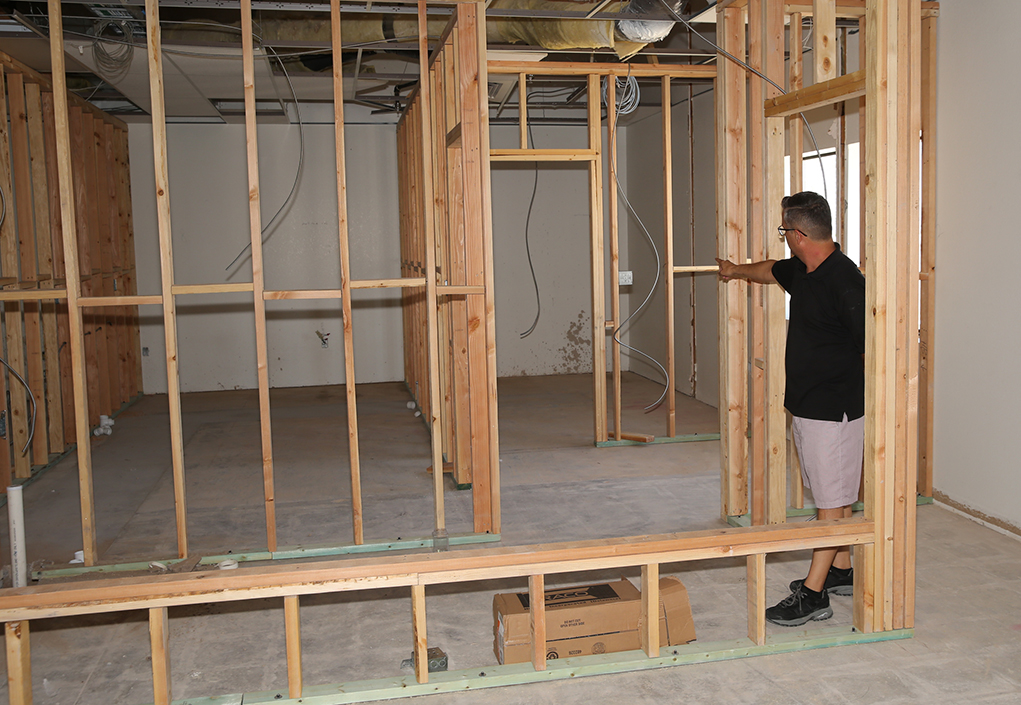 Steve Jenkins points to the cat Meet and Greet Room that is under construction in the new WAHS building. Jillian Danielson/RiverScene

The cost for the new animal shelter includes $2.3 million to purchase the 19,000-square-foot building and the 2.5 acres that is sits on, and $1.3 million for the remodel. The remodel has included constructing a second-floor mezzanine, which expands the existing building to 22,000 square feet.

Once WAHS makes the move into the new place, both Aviation and Empire locations will be listed for sale. The profit will go toward offsetting the $3.6 million, collectively. The new project was funded 100 percent by donations, the WAHS officials said.

“I just want to say how proud I am to be part of this community,” Jenkins said. “To sit back and watch this project unfold and happen, it’s a proud moment for me to be part of such a great community.”

The current WAHS adoption center is at 1100 Empire Drive in Havasu. For more information about pet adoptions call 928-855-5083.