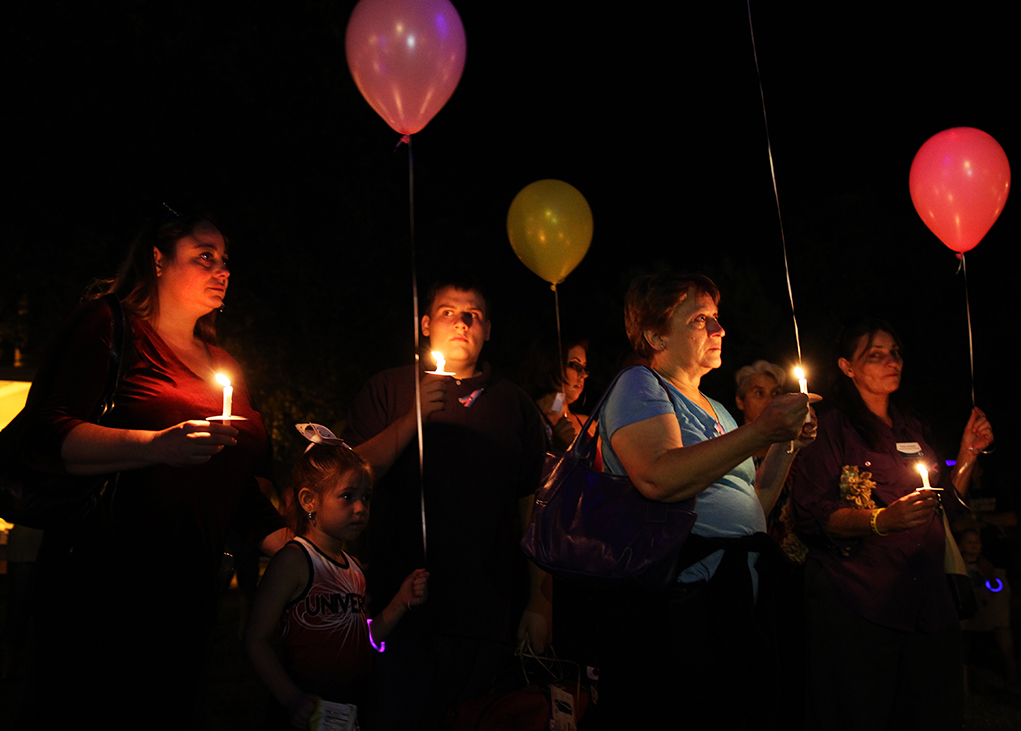 [dropcap]L[/dropcap]osing a child during pregnancy or after birth can be devastating for any parent. But one organization known as Rae of Hope works to ease the pain of grief when there is no one to talk to.

Before the organization got its start, founder Tamara Weaver was 21 weeks pregnant and was diagnosed with HELLP Syndrome – a condition that forced Weaver into delivery early – causing her daughter to be still-born. 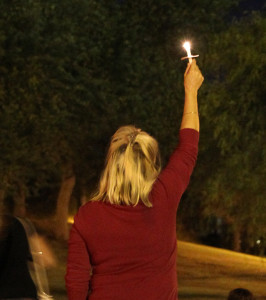 “When I learned I had this condition I was airlifted to Las Vegas,” said Weaver. “There was an organization known as Jalen’s Gift Foundation that provided me grief support and I knew I wanted to start something similar here in Lake Havasu City.”

Rae of Hope began in 2014 and was named after her baby Raelyn. With the help of Weaver’s husband, Dennis Weaver, they embarked on a journey to help other parents who have suffered a similar loss.

“I think it’s vital to have someone to talk to when you go through an unimaginable grief,” said Weaver. “Having an organization like this is really important.”

In order to assist other parents, the organization hosts a support group once a month for any loss beginning from miscarriage to an infant’s death at one year of age.

“A lot of times, this support group helps each parent understand each other because they are experiencing the same situation,” said Weaver.

Rae of Hope also provides the local hospital with memory boxes which include a foot print mark card, a teddy bear and a grief book. The organization also provides financial assistance for burial services and cremation. Professional photography is also available for that brief time parents are allowed to spend with their baby after their loss and sibling grief support kits are also available to siblings who also grieve.

[quote_center]“I think it is very difficult for others to understand a loss but we want others to know they are never alone in their grief,” said Weaver.[/quote_center]

Since their loss, Weaver and her husband are currently expecting a baby boy and are thrilled to be expecting again.

“I don’t think you will ever get over a loss, but there are people out here that are willing to help ease that pain.” said Weaver.

For more information on the organization visit www.raeofhopeinc.com or visit their facebook page at www.facebook.com/raeofhopeincorporated. 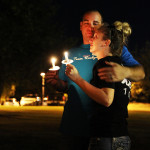 Dennis hugs his wife Tamara during a balloon release in honor of their daughter, Raelyn. Jillian Danielson/RiverScene 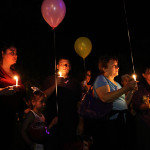 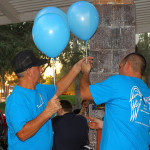 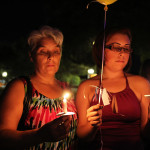 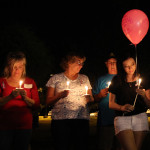 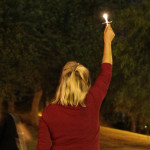