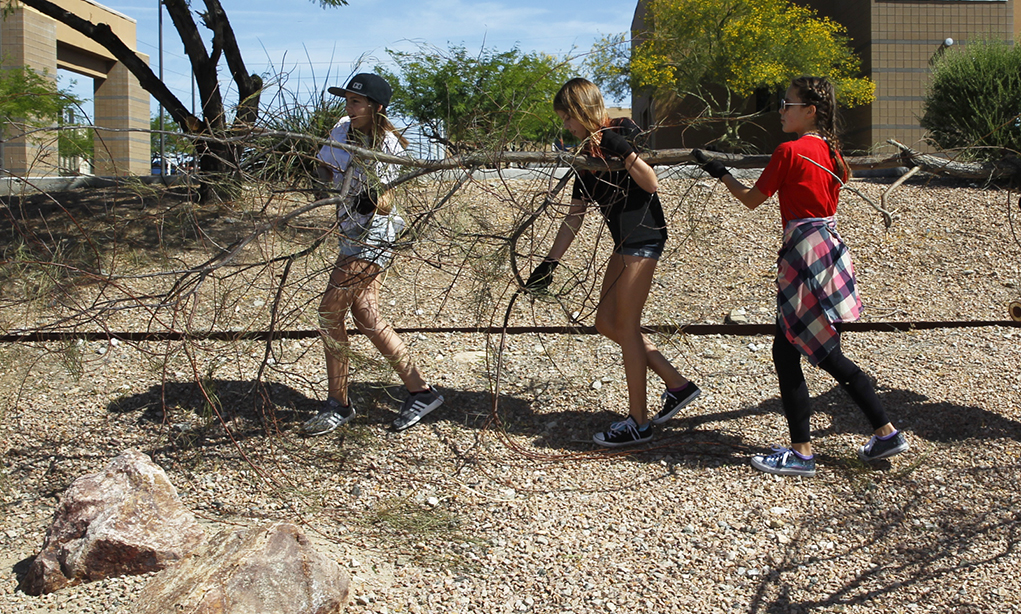 Appropriately on Earth Day, the northern branch of Lake Havasu City’s Mohave State Bank embarked on a project that will beautify its landscaping and conserve water at the same time.

“We are re-landscaping our entire property. Today is the day we are taking all the old landscaping off the property and recycling it,” Van Ella sad

She said all the plant material removed will be recycled. 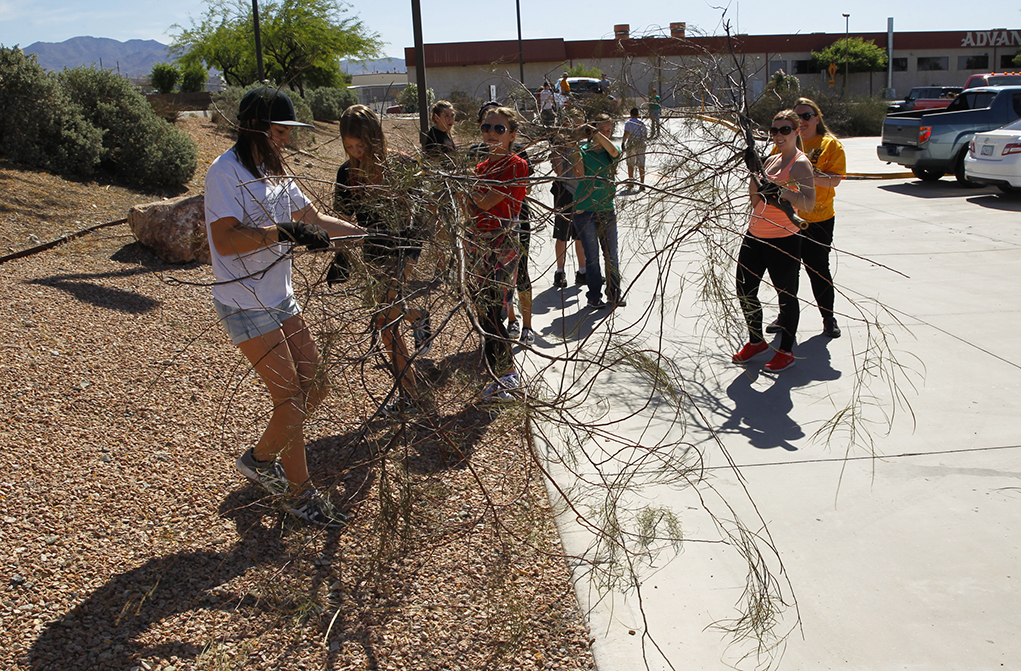 Volunteers clear trees and shrub off of the property to be recycled Saturday morning. Jillian Danielson/RiverScene

“Everything from this project is being recycled. We are taking the bundles of branches today to the fish habitat and we’re taking the rest of the plant debris to be mulched and we will donate the mulch – as much as the New Horizons can take for their community garden and the rest we’ll find a place to donate it or it will be used to control erosion on the property,” she said.

She said the removed landscaping rock will be used at the back of the property toward State Route 95 for erosion control and to help with weeds. Tree trunks that were removed that were too big for the fish habitat were used for firewood. The rakes and the shovels and gloves purchased for volunteers that helped with the project also will be donated.

Van Ella said in addition to water studies that showed water loss and some water pooling that could have been used as irrigation, visibility of the bank was limited by its landscaping.

“I had some issues with the landscaping. You couldn’t see our signage on the building at all. We had trees we had tried to cap out we had tried to trim them. We sit back here in a hole and people were driving right by us so we needed to do something with the trees to help be seen. Every business wants that,” she said.

“When looking at water conservation, we would have a rain event and five days later, water was still pooling in certain areas. Water is our most precious resource and the city is starting to focus on that,” she said. 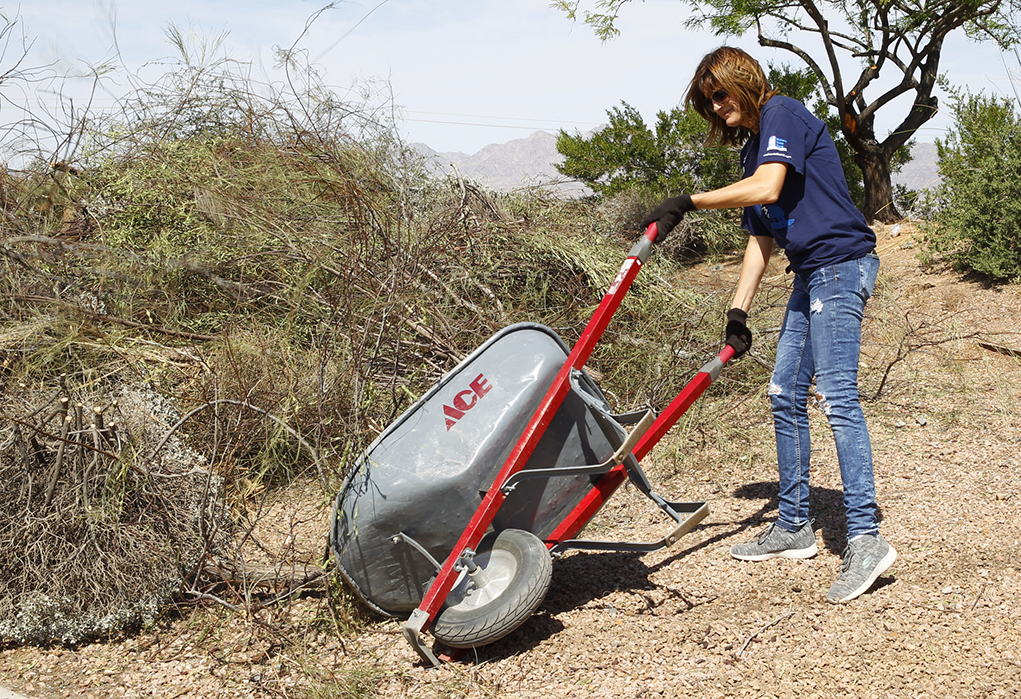 She approached Dr. David Young at ASU Colleges at Lake Havasu City and asked if there might be any landscape architect students that might want to be involved in the project.

“They are trying to engage their students and I thought ‘hmmm, the city’s Vision 20/20 program – community engagement, water conservation, and education – that’s three of the five pillars’ so it became something we really wanted to focus on,” she said.

ASU came aboard as a partner in the project with its Eco Club and Thunderbolt Middle School students also helped with the project Saturday. 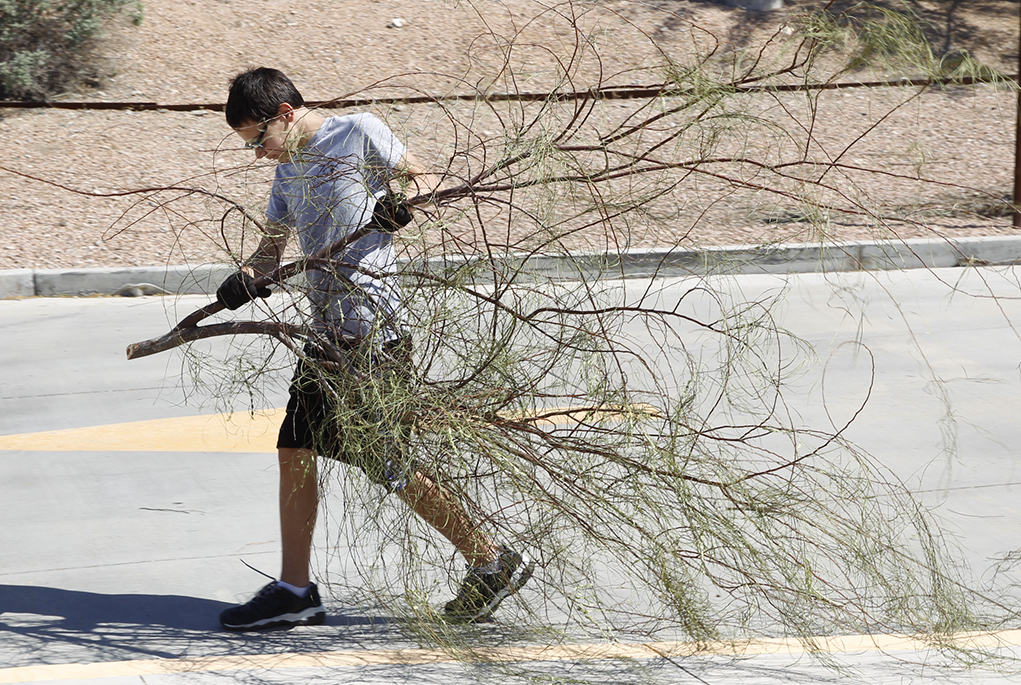 “So today is about taking and recycling what we had on the property and we will be planting water tolerant plant material that’s native to the area. We also want to use this as a showcase. Something the city’s looking for and wants to focus on is commercial so we want to be a showcase of here’s what you can do to retrofit a property that has too much concrete, has irrigation issues, and thinking outside the box and engaging people from throughout the community to be able to make it come together so we’re real excited about it,” she said.

ASU student Rhiannon Watkins was on hand for the project Saturday.

“I’m helping out with the environment and water conservation and working with the fish habitat with the foliage here. I also feel like it’s good community education because we’re getting students out here – some of the youth in our city – and teaching them what it’s all about so we can educate future generations to carry this on to be ecologically knowledgeable,” he said of his experience with the project. 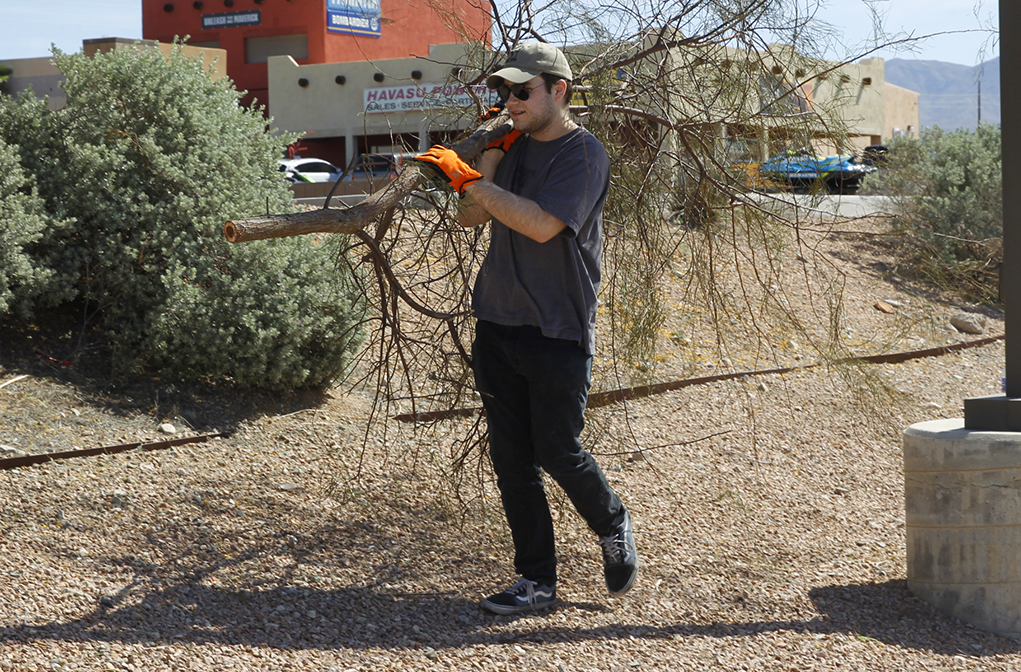 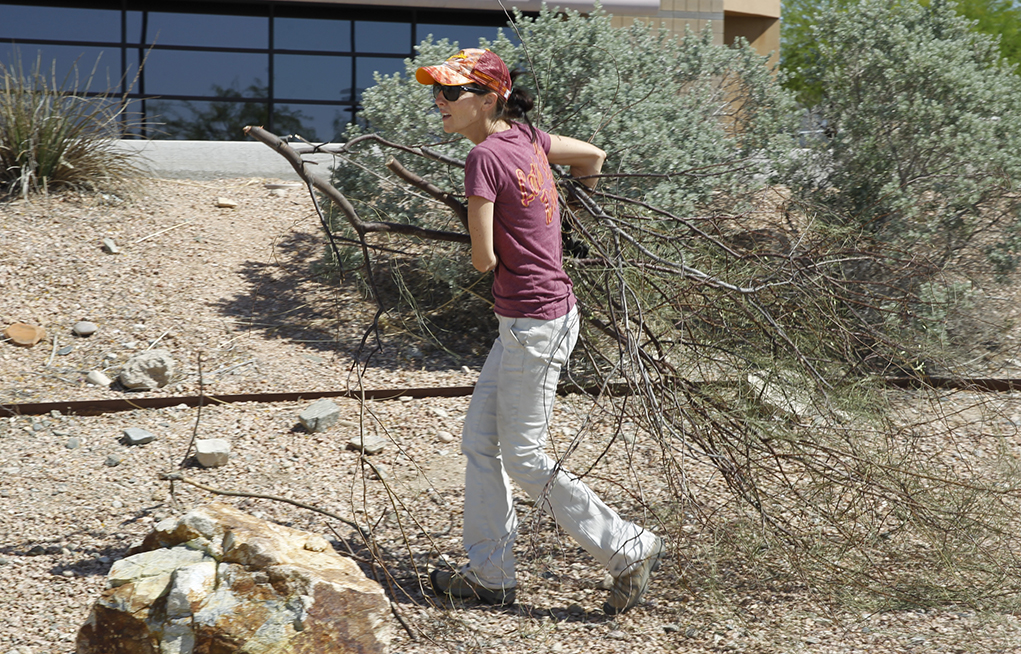 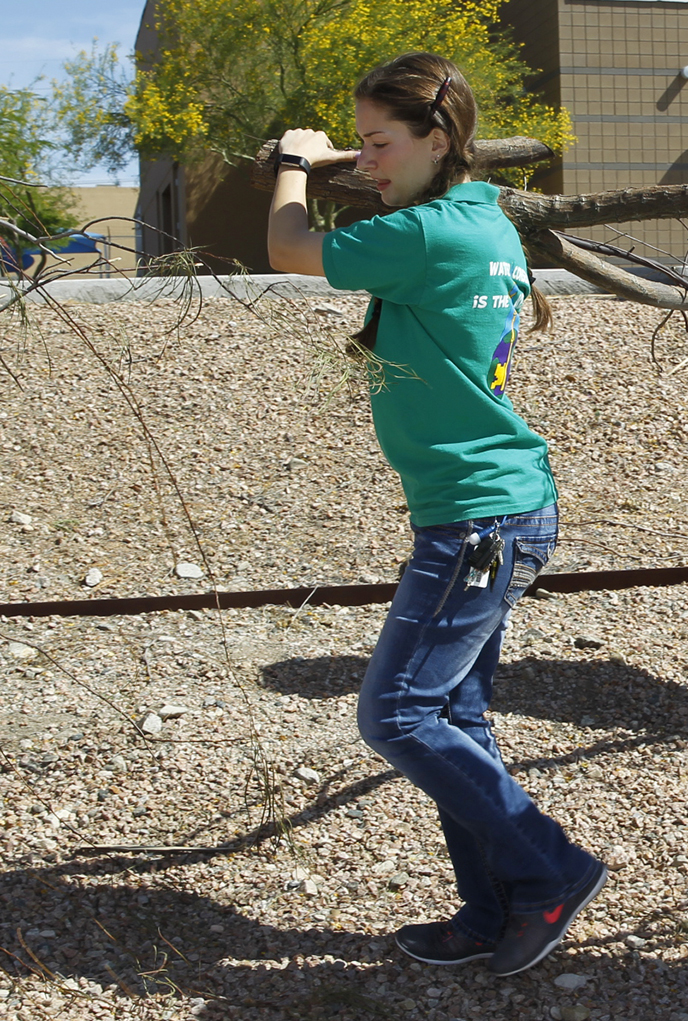