On A Positive Note 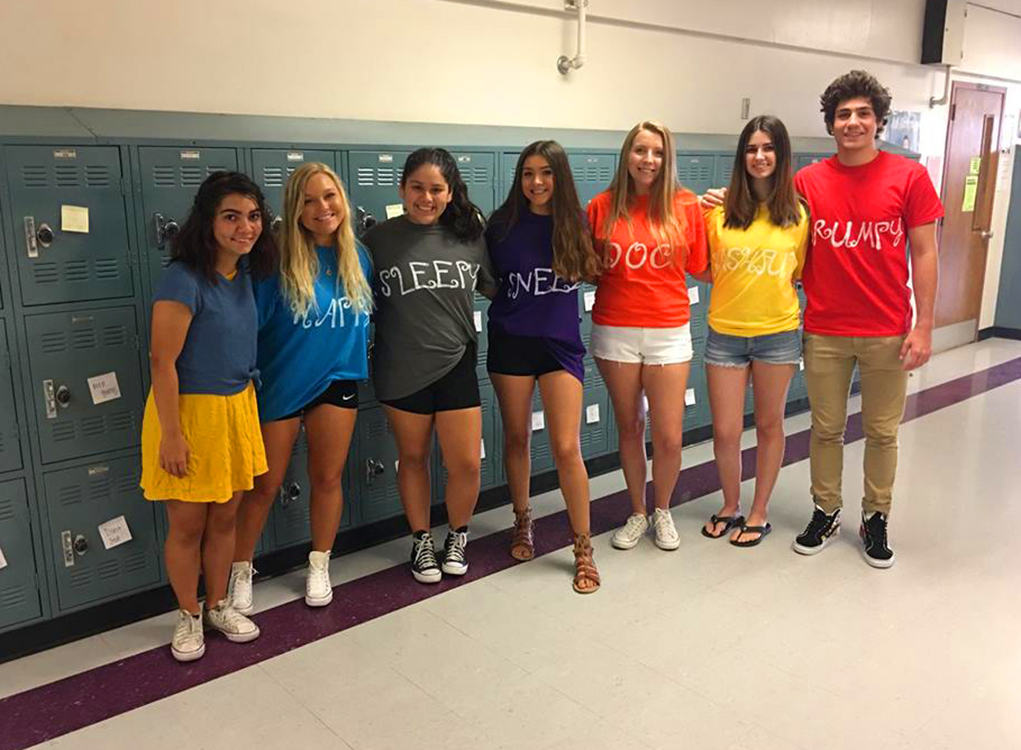 Over the next couple of days, the students will be leaving their notes on every locker in each “hall.” 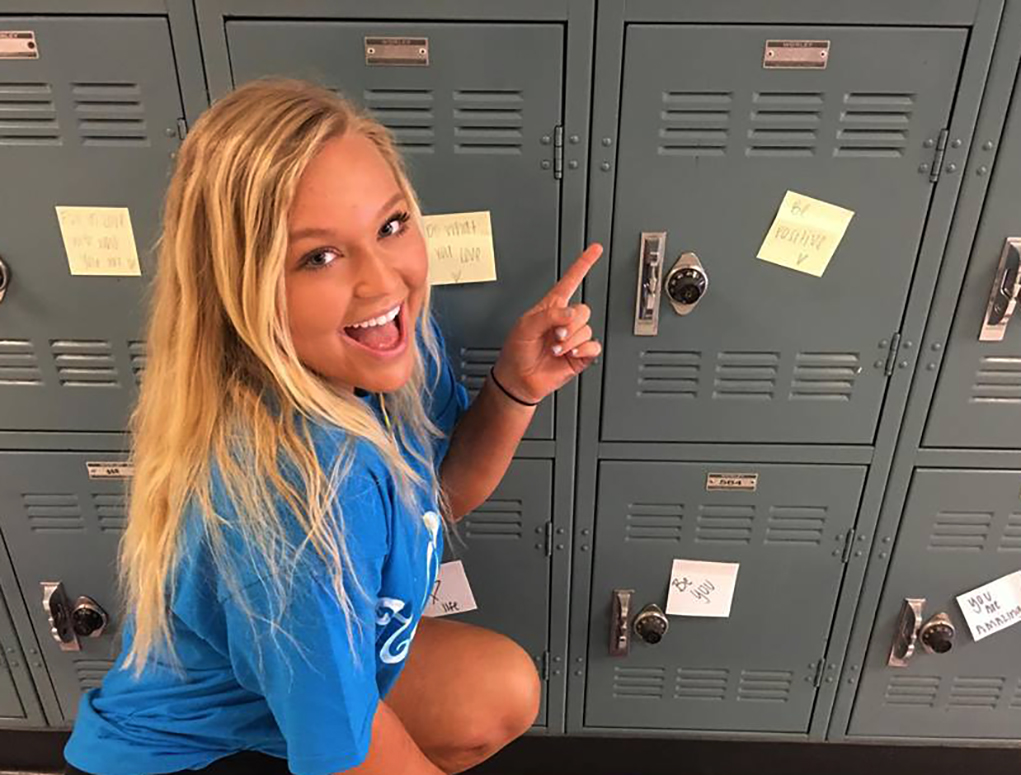 Shelby Anderson points to her note left on a locker that reads “be positive.” Jillian Danielson/RiverScene 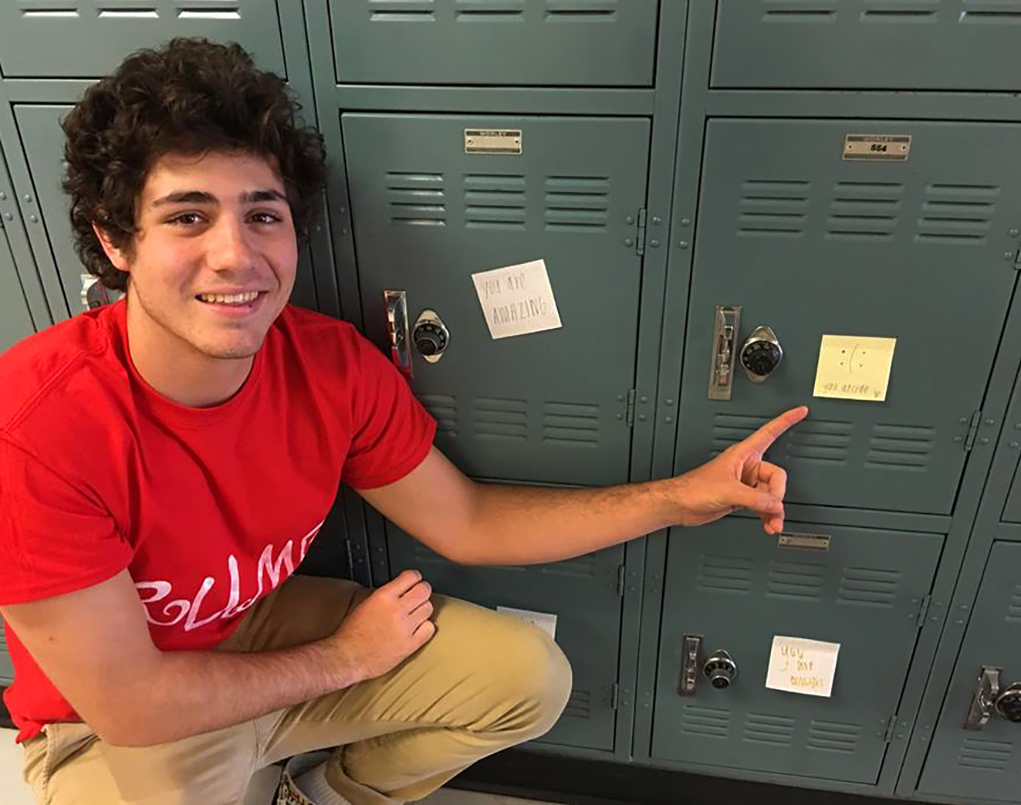 Hayden Lintz points to a note he left on a locker Thursday that reads “you decide.” Jillian Danielson/RiverScene 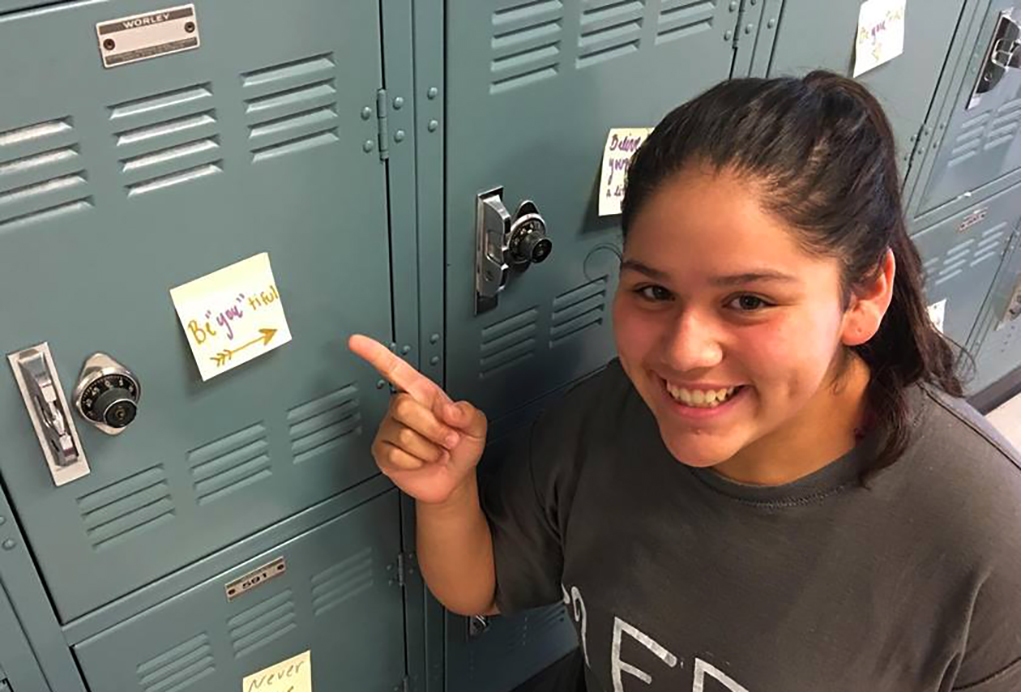 Alexa Alba points to a note she left on a locker that reads “Be ‘you’ tiful. Jillian Danielson/RiverScene 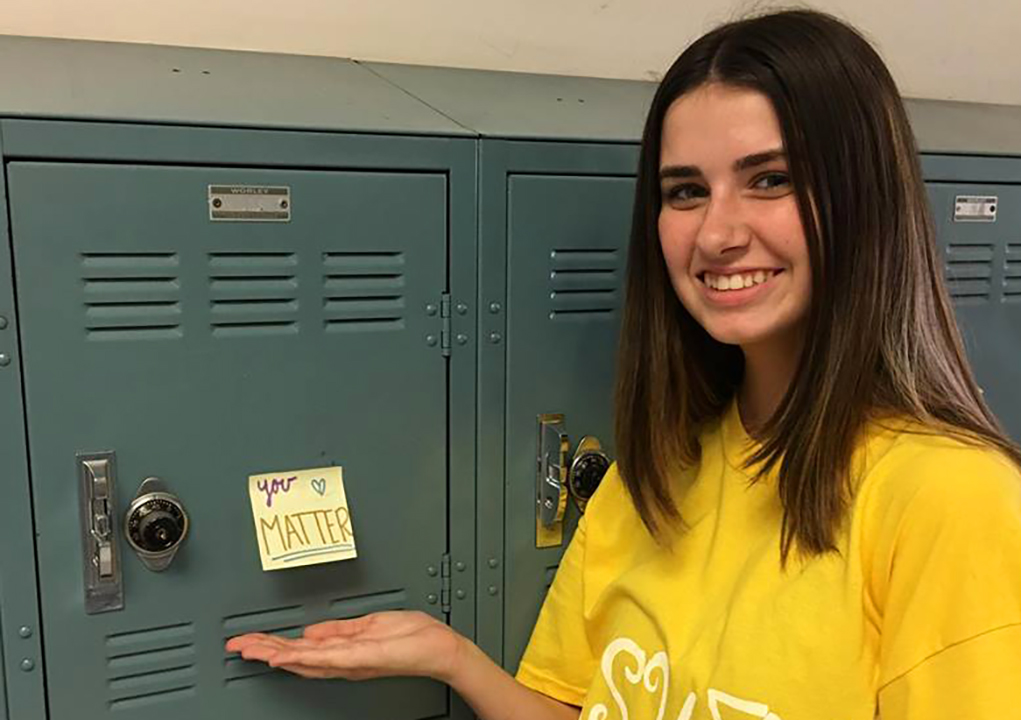 Sam Zilberman points to a note she left on a locker that reads “you matter.” Jillian Danielson/RiverScene