The Orange Ball is Back 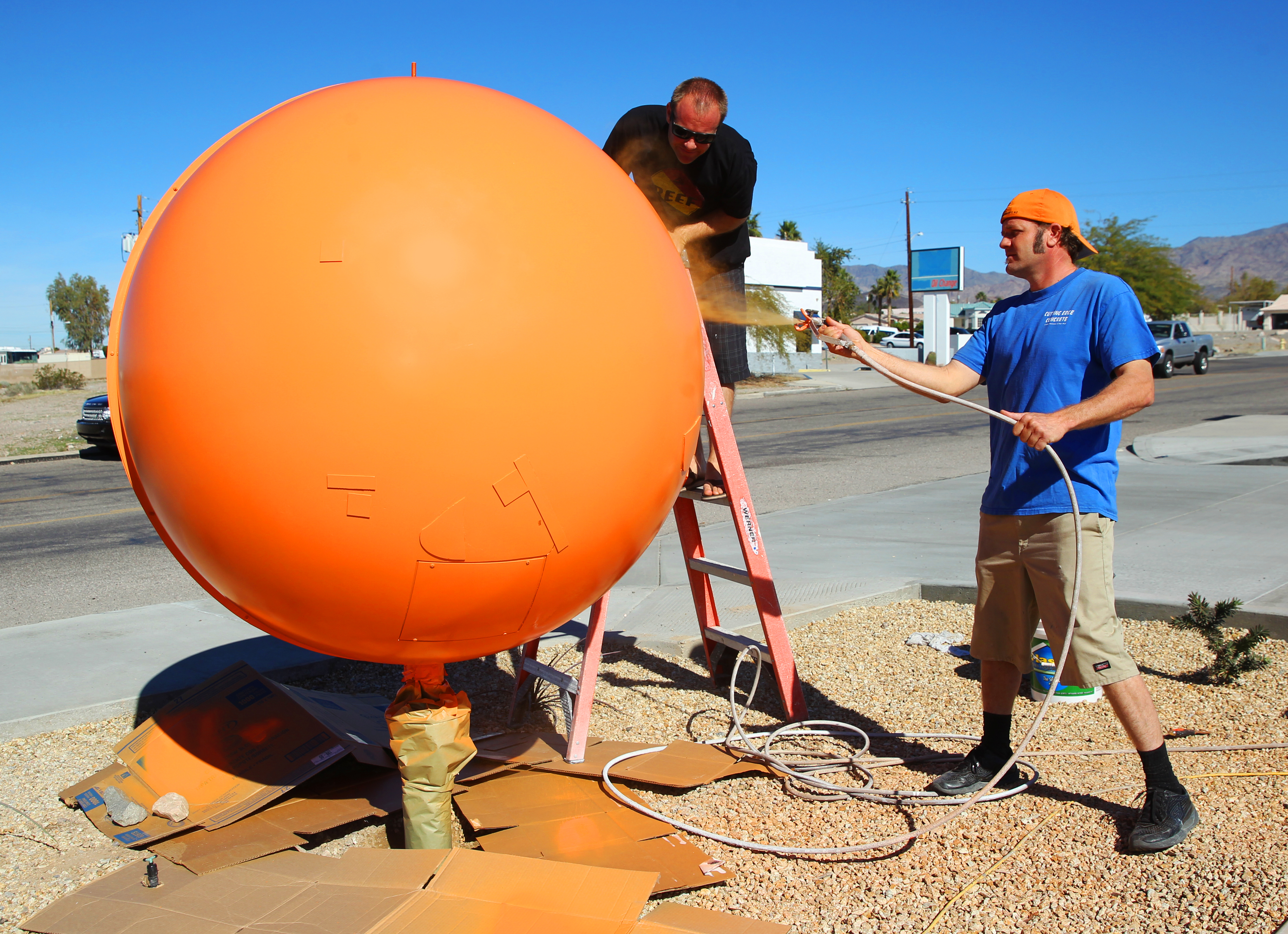 For residents living in the south side of town, the drive to The Human Bean coffee joint on Lake Havasu Avenue just got a little shorter thanks to a second location added on South McCulloch Boulevard this year.

Before construction began on the second location, the building originally was built and opened as McCulloch Realty by Gary and Gail Baumkirchner and soon became a very famous landmark because of its giant orange ball which sat on top of the building since 1986. The Baumkirchners later leased the property to Coldwell Banker and continued to be a landmark until Nov. 2014.

[quote_center]Free medium black coffee will be offered and any medium drink will be available for $2 all-day Friday.[/quote_center]

“Once the lease was up we immediately had plans to do some work on this location and make it a second Human Bean location,” said Brian Baumkirchner, owner of the Human Bean on Lake Havasu Avenue and son of the Baumkirchners. “South Coast Construction really has done a fabulous job to get this building looking great.”

The new location features a nine thousand square foot concrete drive- through that most cars including RVs can speed through and order their favorite drink. The location also serves as a last minute stop before heading out of town to State Route 95, or for anyone who can use a quick caffeine fix.

“I think people who used to drive from the south part of town all the way to our Lake Havasu Avenue location are happy to be able to go to a closer location,” said Baumkirchner. “This is a great stop for travelers entering Lake Havasu City as well.”

As for the famous orange ball that sat at top the building Baumkirchner says he plans to keep it at the property in memory of his father Gary Baumkirchner who passed away in 2003.

“My dad loved the orange ball so much. “ That is why I plan to keep it near the building.”
Baumkirchner says they plan to extend the location’s hour of operations beyond its usual hours as a test run during busy event days in the city.

An official grand opening at the new location is set for Friday, February 6 at 1736 S McCulloch Blvd.

For more information visit www.thehumanbean.com or visit their facebook page at www.facebook.com/thehumanbeanlakehavasu.