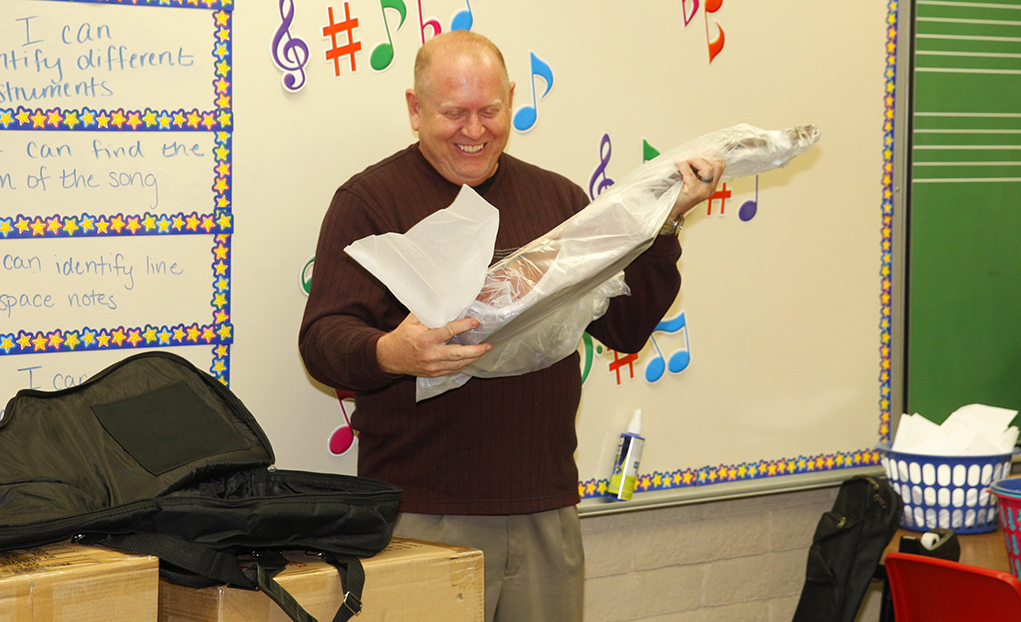 “We are so thankful,” said Erica Suetterlin, an elementary music teacher for Lake Havasu Unified School District. “The fact that we’re getting a bulk donation like this is really incredible.”

The donations came from the Only Orchids charity organization as part of the group’s distribution of funds raised during last year’s Lake Havasu Songwriter Festival. 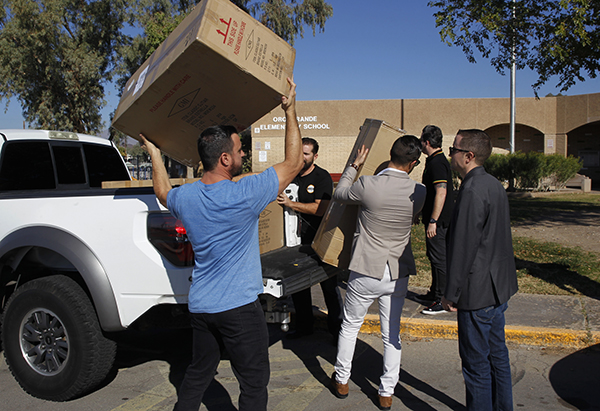 Suetterlin is one of two music teachers who provide instruction to elementary students across the district. She and her counterpart, Steve Wayman, each teach for 12-week stints at three different elementary schools over the course of one school year.

The new guitars will travel with the teachers as they rotate from school to school, giving students access to the instruments district-wide.

“It’s so nice to see this support [from the community],” Wayman said. “There is no way we could afford something like this without outside organizations and community contributions.”

Wayman said that the local Rotarians have donated recorders to the music program for the past two years, but the guitars “will be nice for the older students who are tired of recorder. This gives them a chance to learn a new instrument.”

“The ultimate goal is to motivate [students] to go into the middle school music program,” Suetterlin added.

“Music is a universal language we want the kids to learn,” Wayman said. 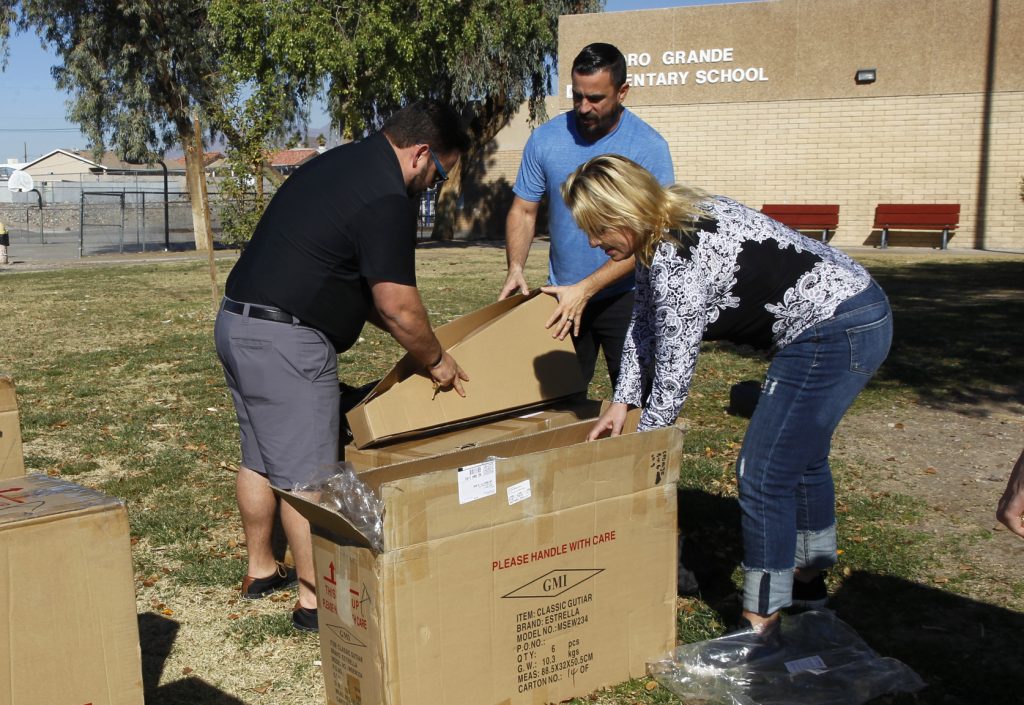 The Lake Havasu Songwriters Festival that took place in September 2017 raised more than $13,000, all of which will be used to support the local arts community. Some of the money is being used by educators to take students on field trips – to the Phoenix Art Museum, the Musical Instrument Museum, a series of concerts at Northern Arizona University in Flagstaff – and some funds went to support local band boosters and provide for needs in music classrooms.

Festival coordinator Nancy Campbell with Arts Lake Havasu said the event was always meant to offer support to the local arts and music scene, specifically in the schools.

Campbell said she decided to put on the festival originally because her son was a songwriter and she saw a need for funding support in school music programs. She added that she has chosen to partner with the Only Orchids organization because she was inspired by the work the charity is doing in the community.

“Nancy gets all the credit,” said Only Orchids president Cameron Moses. “We loved getting to be involved with this project, and knowing that every school got something.” 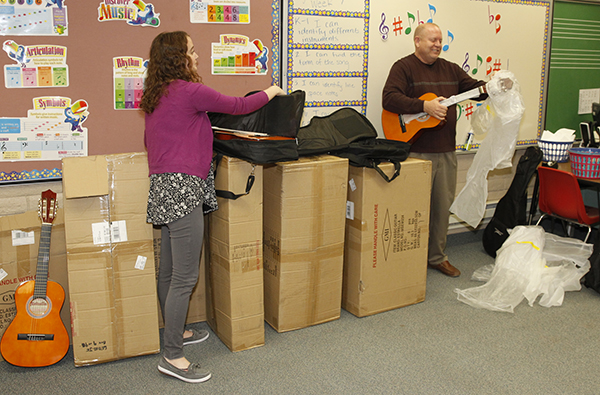 “It’s also cool for people in the community to see that their attendance at the festival made a difference,” said Only Orchids co-director of communications Eric Gedalje. “Not only did they support the performers at the event, but then the money they spent is put right back into the arts community.”

Only Orchids board vice president Dustin Runyon added that music and arts are vital to any growing community, and by helping students at the elementary level start learning music, “we’re getting them early. That’s the future.”

“This project really signified what Only Orchids does in the community … we are all about giving, engaging youth and supporting education,” said Only Orchids secretary Jaime Festa-Daigle. “When you put a musical instrument in a student’s hands, that has a long-lasting effect.”

Only Orchids is a local nonprofit organization run by a board of volunteers, with the mission “to enhance our community and humanity through charitable contributions, social awareness, entertaining events, and kindness toward others. Encouraging the youth and citizens of Lake Havasu City and beyond to become actively involved in humanitarian services toward one another. Transforming our city one act of kindness at a time.”

For more information, visit the Only Orchids website at https://www.onlyorchids.org or find them on Facebook at https://www.facebook.com/OnlyOrchidsCharity.

Although the Songwriter Festival will not be continued, Campbell said Arts Lake Havasu is still offering its Cabernet and Canvas program in support of school arts programs and the larger local arts scene. The first class of the season is Jan. 31. For more information, visit https://www.artslakehavasu.com. 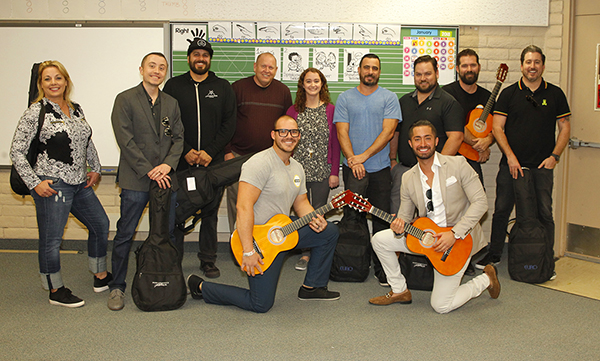