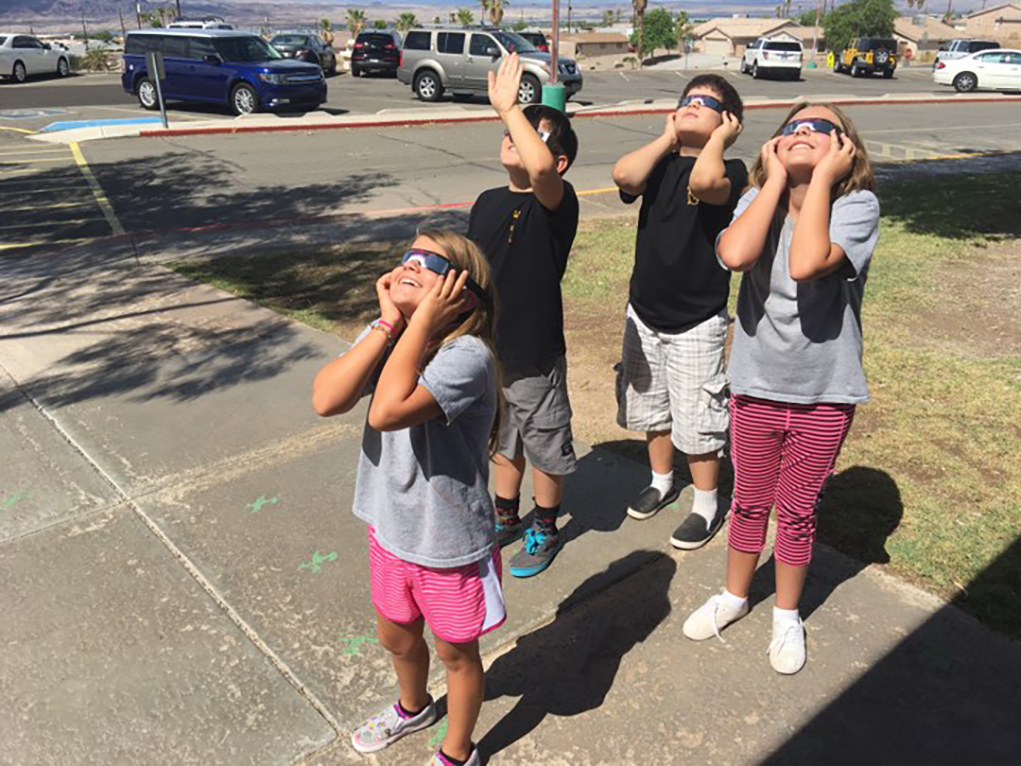 Students at Oro Grande were among millions across the nation that enjoyed the solar eclipse Monday morning. 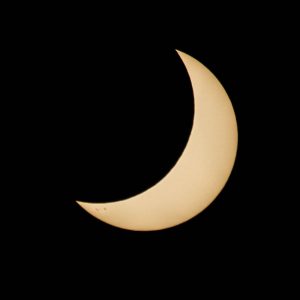 The students made eclipse-viewing devices and were also able to use special glasses as well.

“We are making viewfinders for the solar eclipse and we have all made a paper plate one with the pinhole in it,” Nowakowski said. 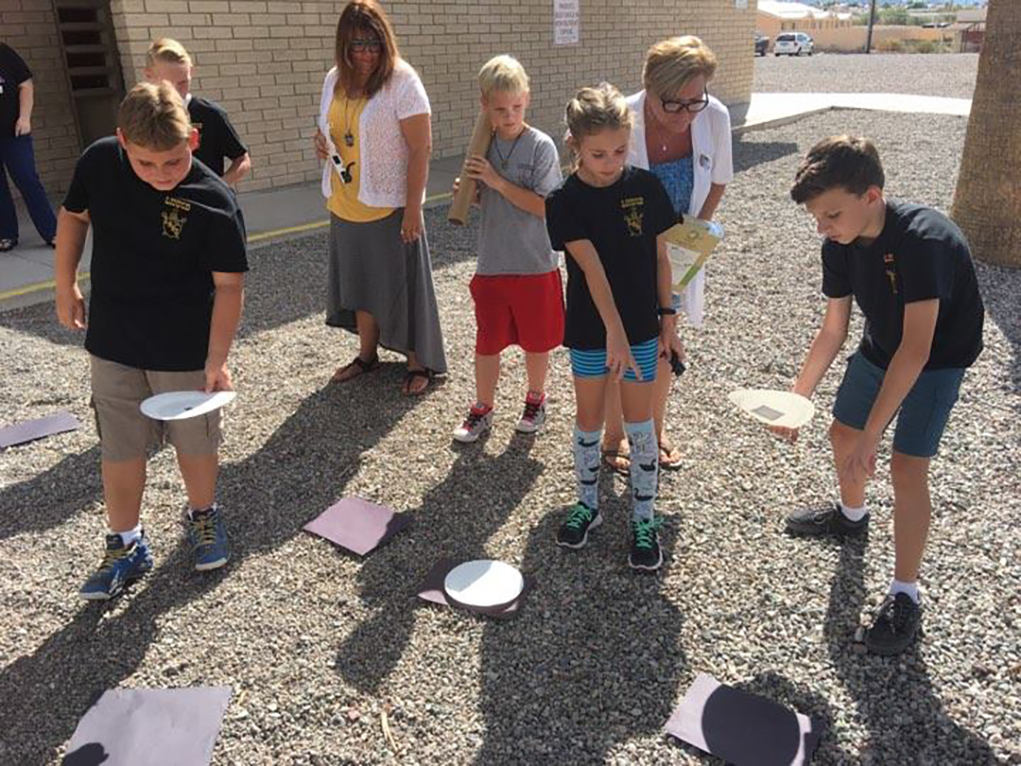 The sixth-graders also made viewfinders from cereal boxes and toilette paper rolls.

“Mrs. Holmes actually got some special glasses – eclipse glasses – over the summer and has shared them with the sixth grade so the fifth- and sixth-graders have had the opportunity to actually utilize protective wear to view the eclipse,” she said.

Ryder Spencer, a student at Oro Grande, commented after watching the eclipse. 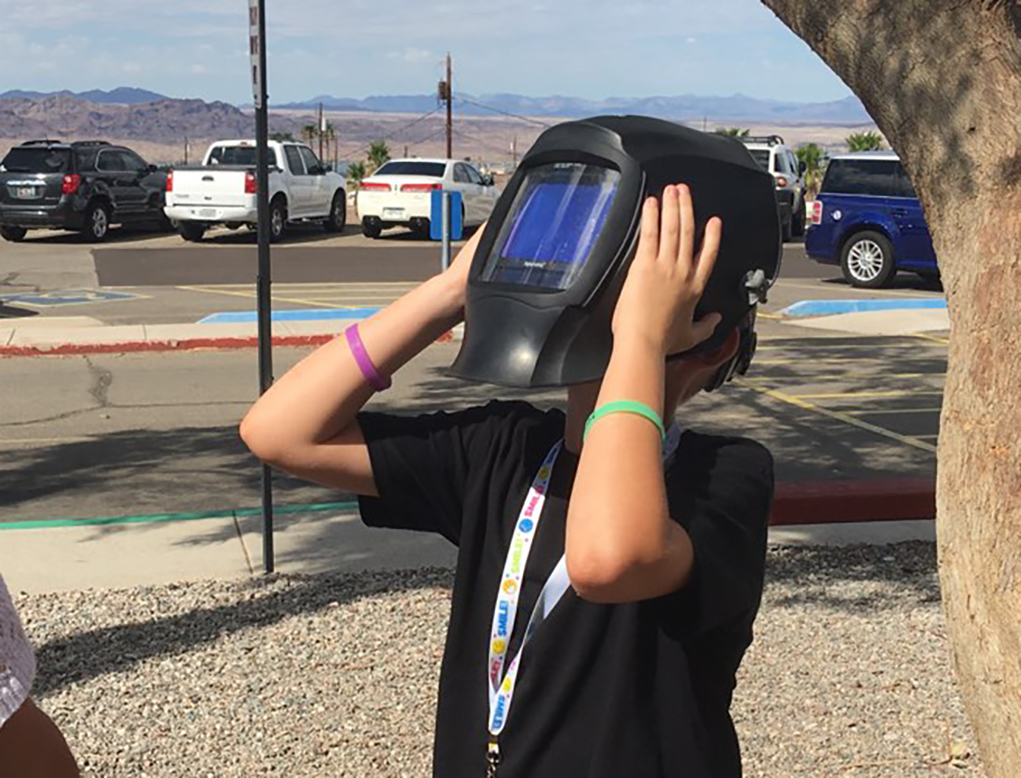 “It’s like red and it’s kinda – it looks like the moon. It’s weird cause it’s the dark out and cloudy and it’s getting cooler like morning,” Spencer said.

“It’s cool that it’s here and it’s not like in any other countries,” he said.

Cloud cover in Lake Havasu City obscured part of the partial eclipse visible in this location, but many were out viewing Monday morning. 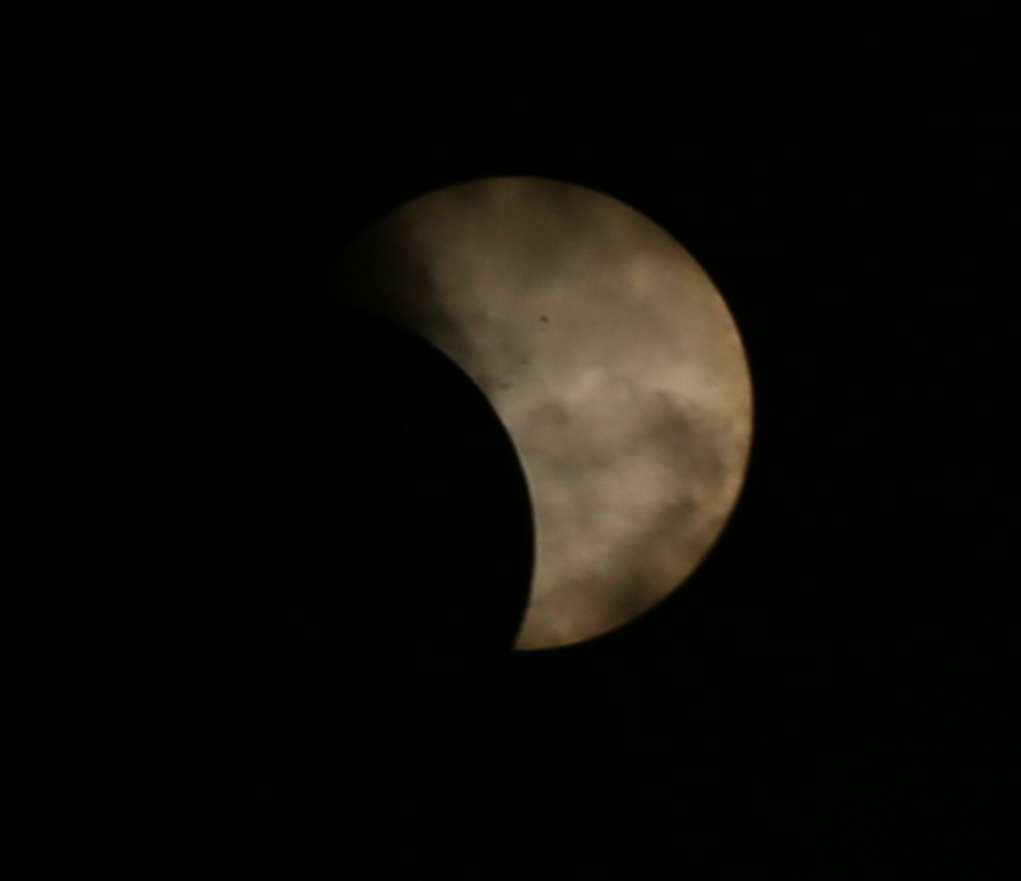 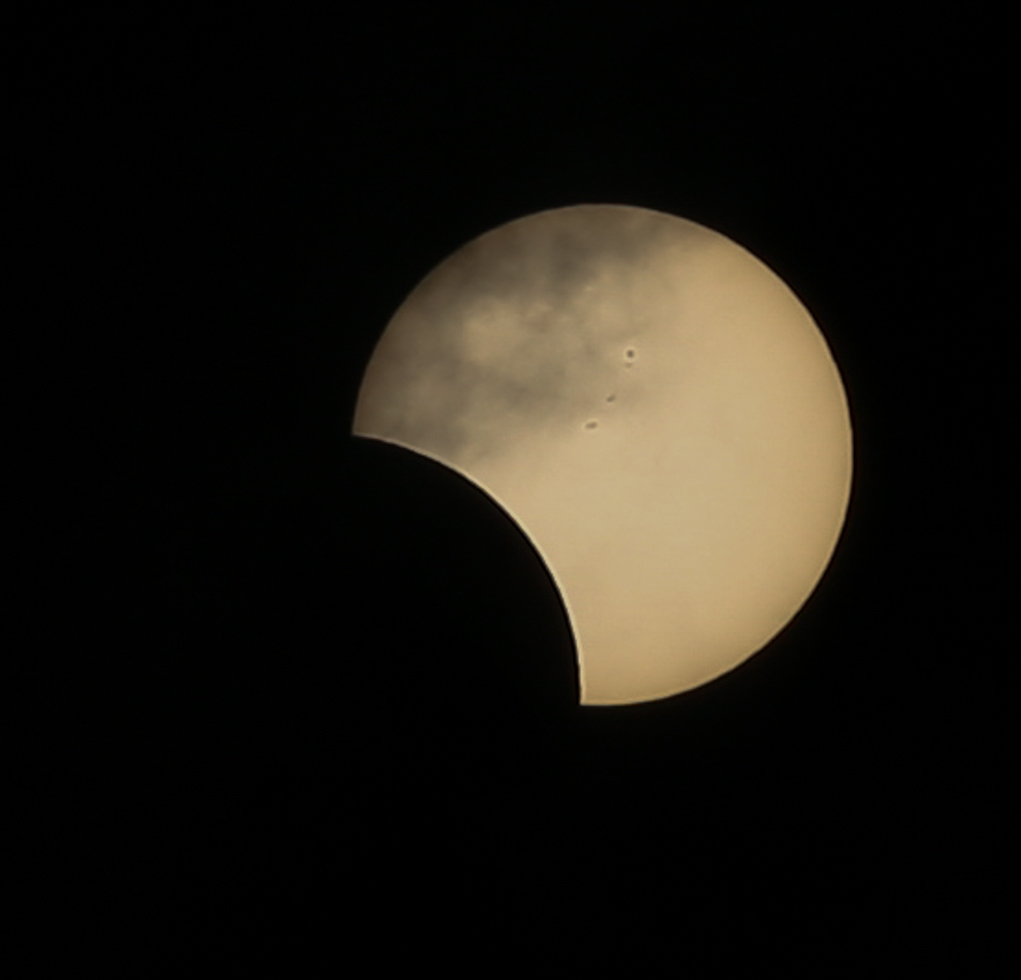 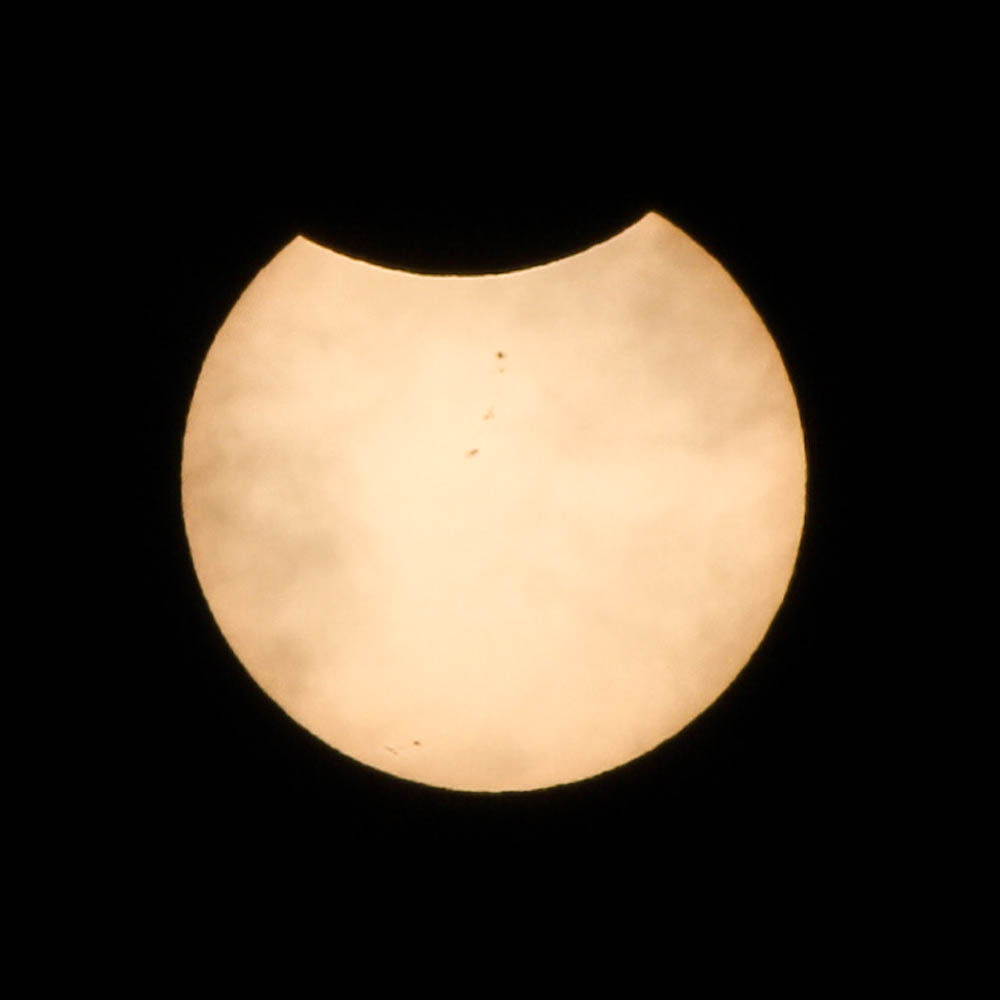 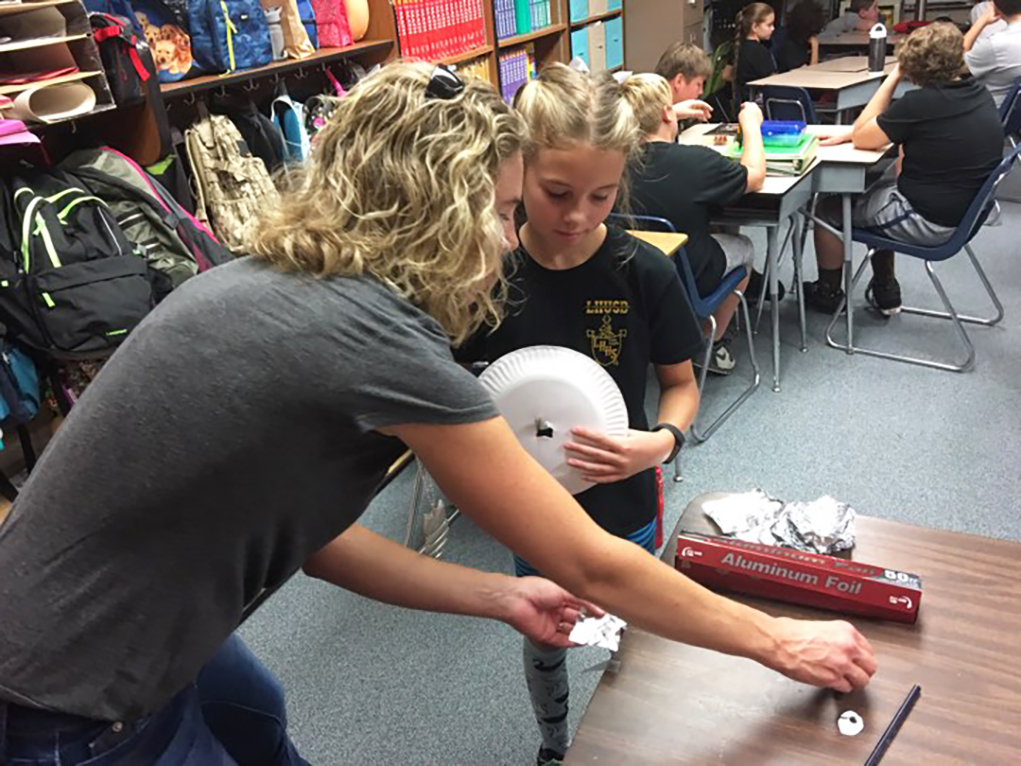 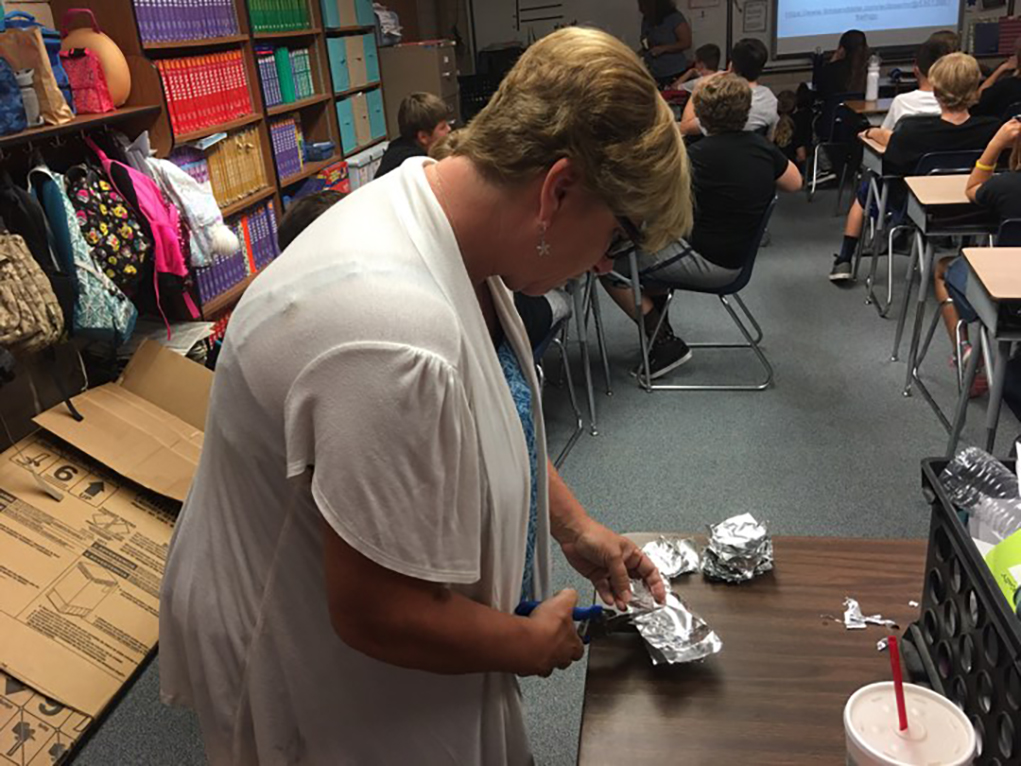 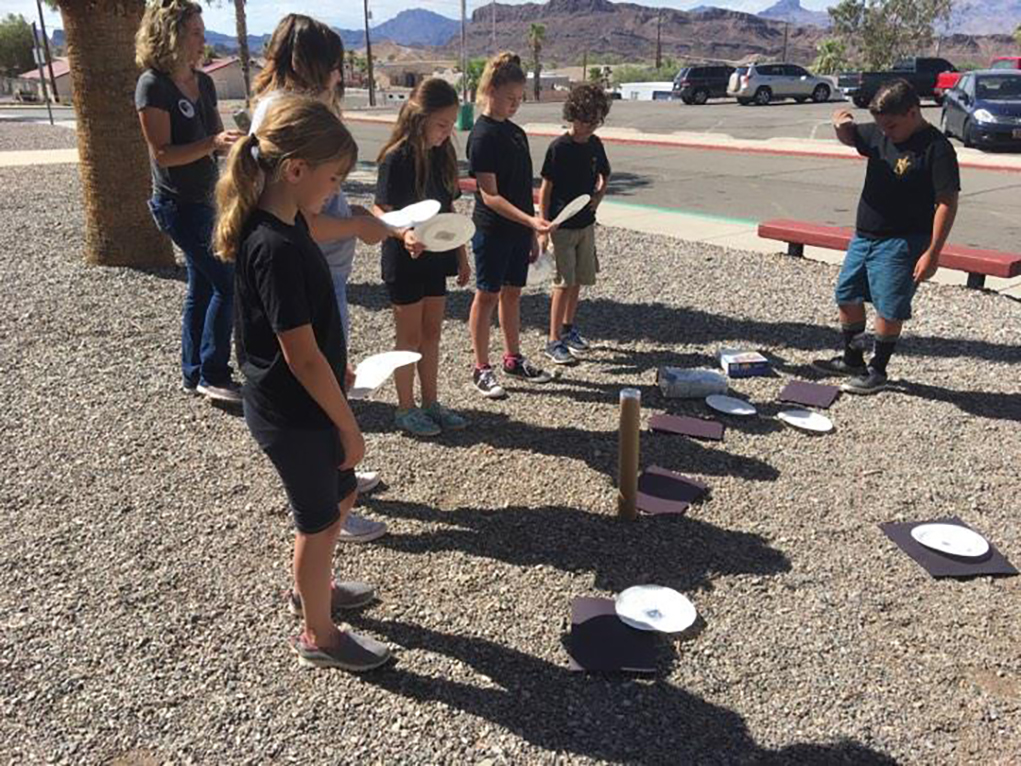 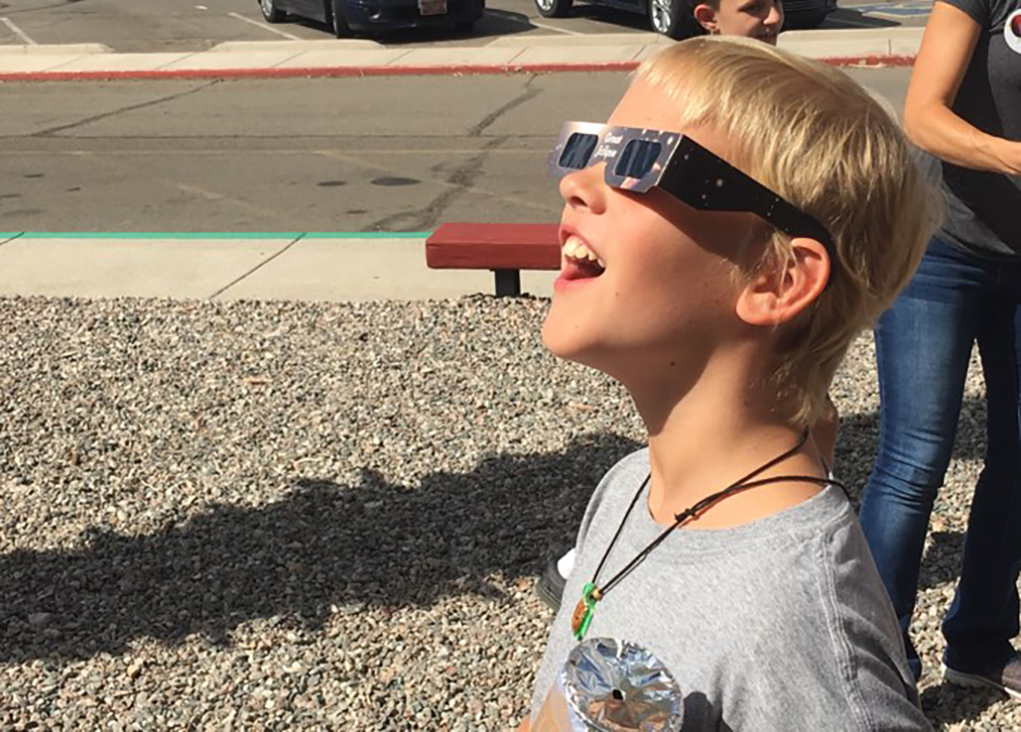 Conner Adams views the solar eclipse for the first time at Oro Grande Elementary school with glasses given to his class. Jillian Danielson/RiverScene 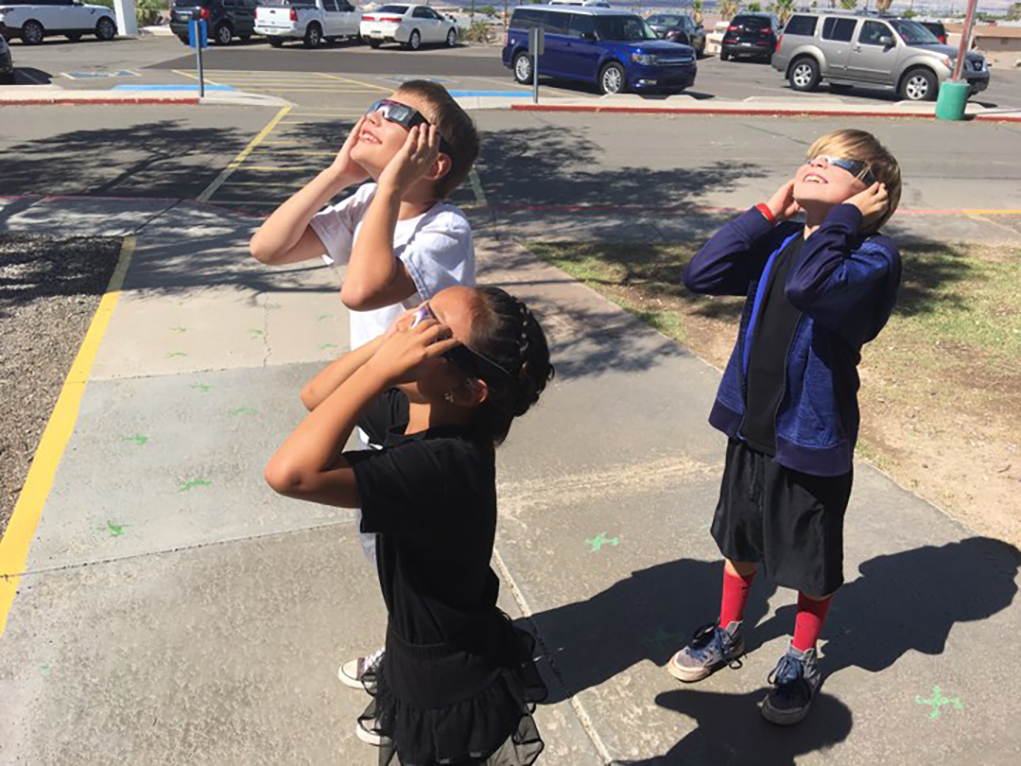 Students at Oro Grande Elementary watch the solar eclipse Monday with glasses given to the school. Jillian Danielson/RiverScene 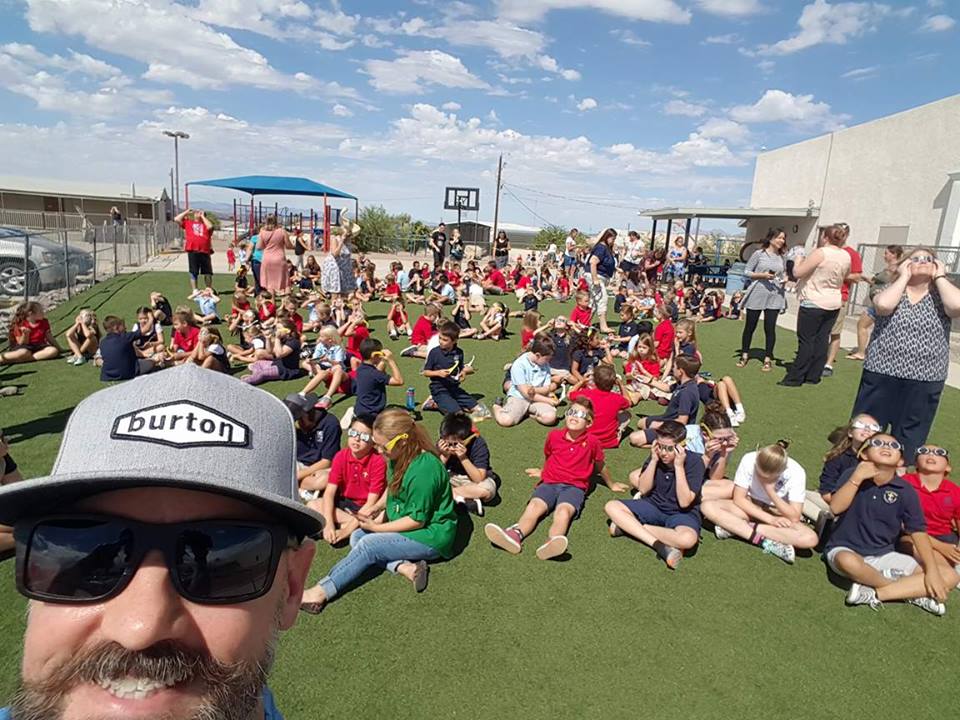 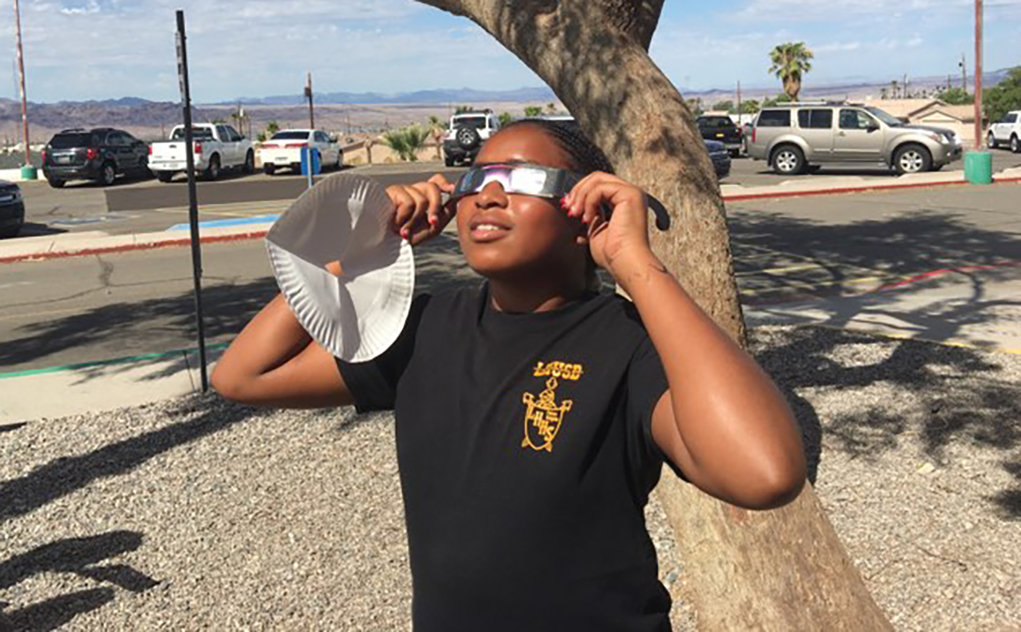 Heavyn Goldsby views the eclipse for the first time with glasses given to her class at Oro Grande Elementary School. Jillian Danielson/RiverScene 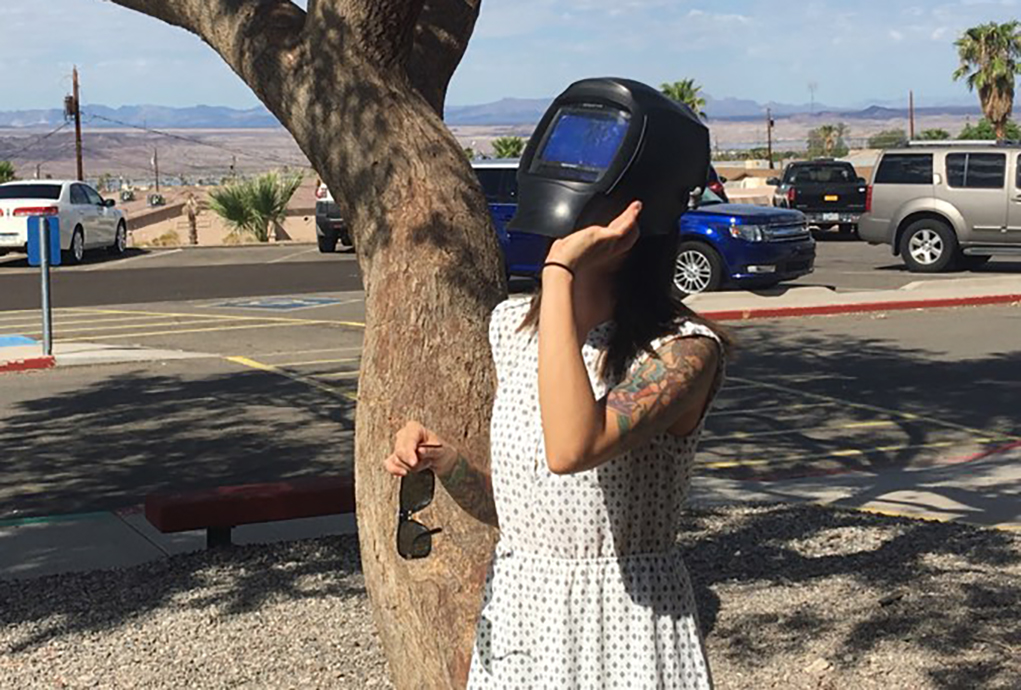 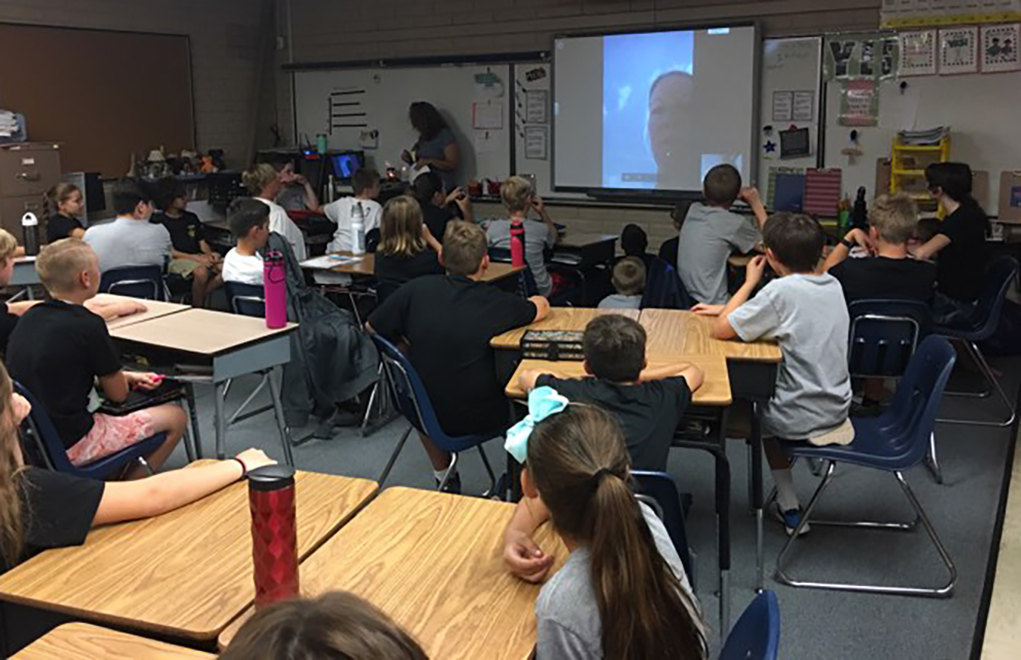 Oro Grande students in Carol Nowakowski’s class, used Skype to chat with Carol’s niece, who is in the path of totality in Oregon. Jillian Danielson/RiverScene 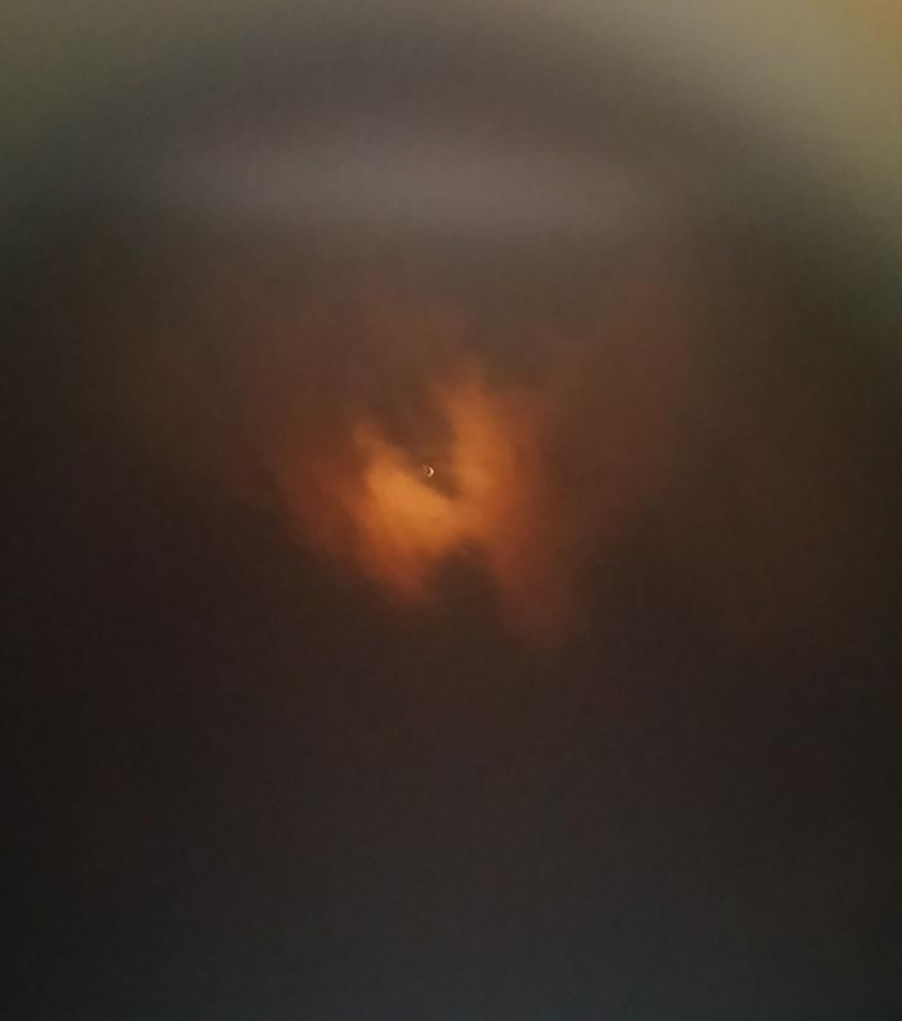 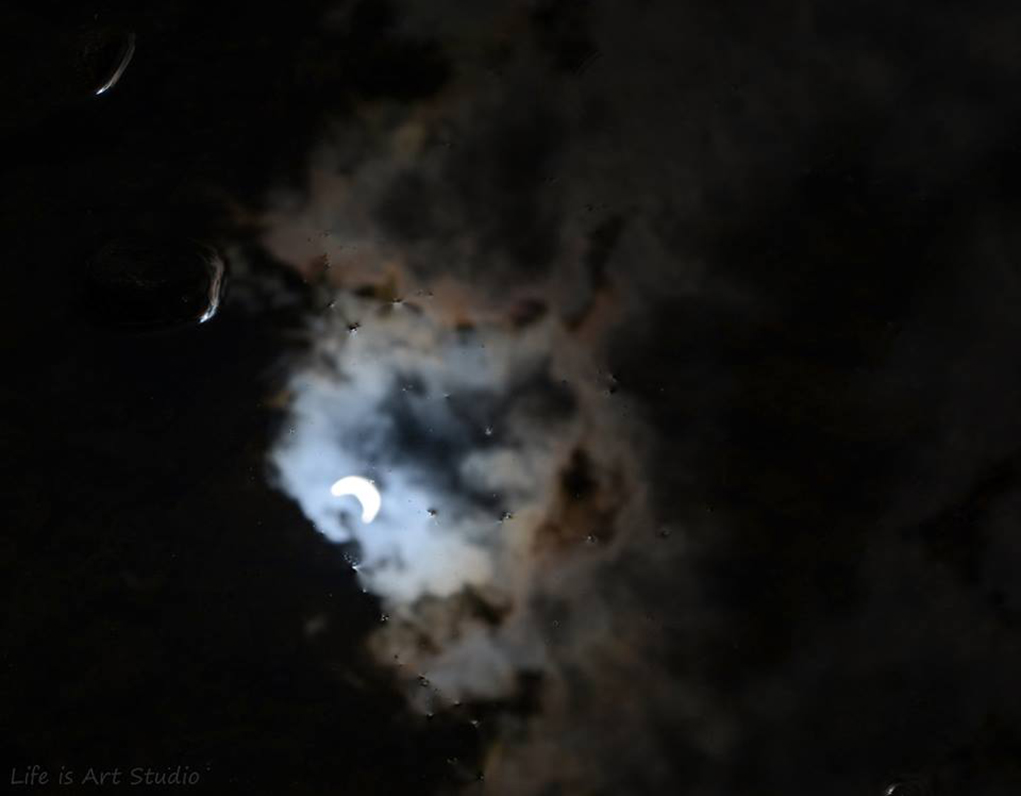 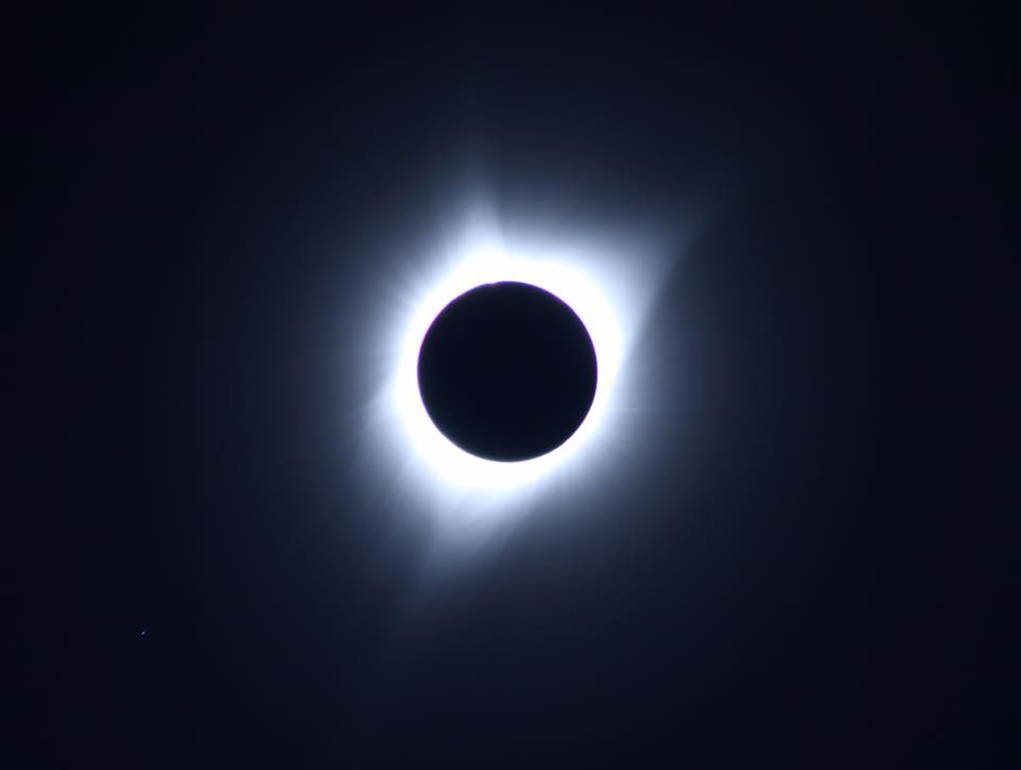