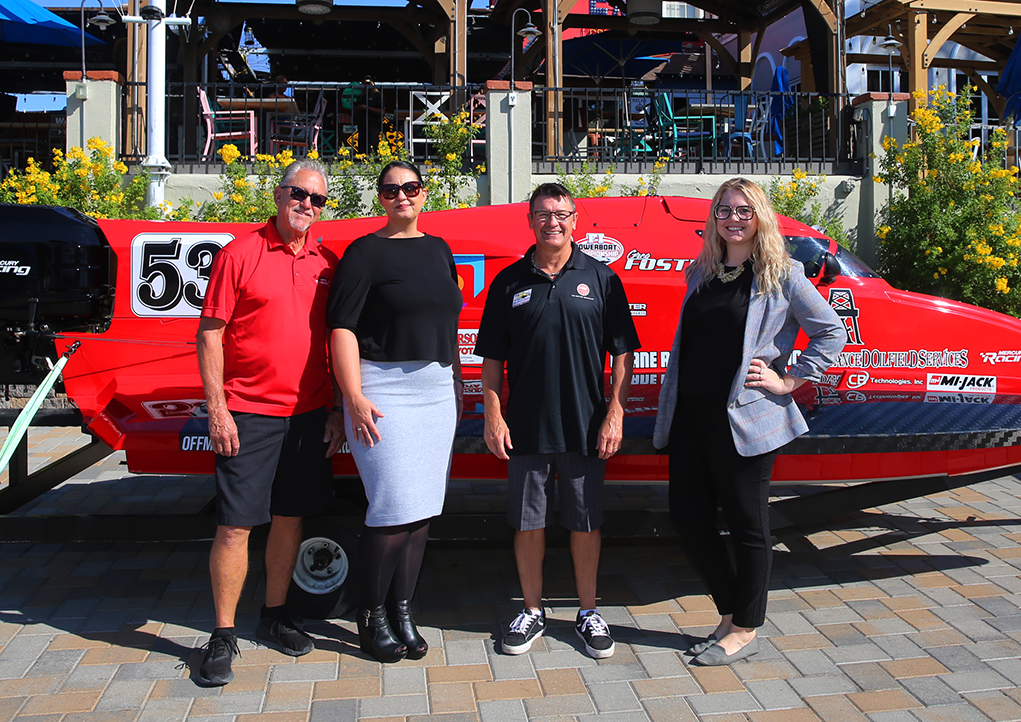 When Robert P. McCulloch flew over Lake Havasu in the mid-1950s, he found the spot he had been looking for.

It was the perfect body of water upon which to test his newly acquired line of outboard boat motors. The McCulloch Motors Corp., purchased the Scott-Atwater Manufacturing Co., in 1956. The specialty was outboard motors.

In 1958, McCulloch purchased 3,363 acres on the east side of the lake along Pittsburgh Point and soon after, structures dotted what is now known as The Island. The McCulloch outboard was present and accounted for.

One of the marquee events of October’s 50th Anniversary Celebration of the Dedication of the London Bridge – another Robert McCulloch vision – will be powerboat racing.

Tim Seebold is the manager/director of the NGK Spark Plugs Formula 1 Powerboat Championship. And he was on hand Friday when the celebration kicked off.

“My family’s been involved in powerboat racing since 1939. I raced for 45 years and after I stopped racing – retired in 2016 – then we started our own series,” Seebold said.

“Lake Havasu has a huge long history in powerboat racing. The outboard powerboat championships were started in 1964 by Mr. McCulloch.

“Every year, my dad ran out here for the first time I believe in 1969. We’ve been coming out here for years – my older brother, myself, my dad and my grandfather.” 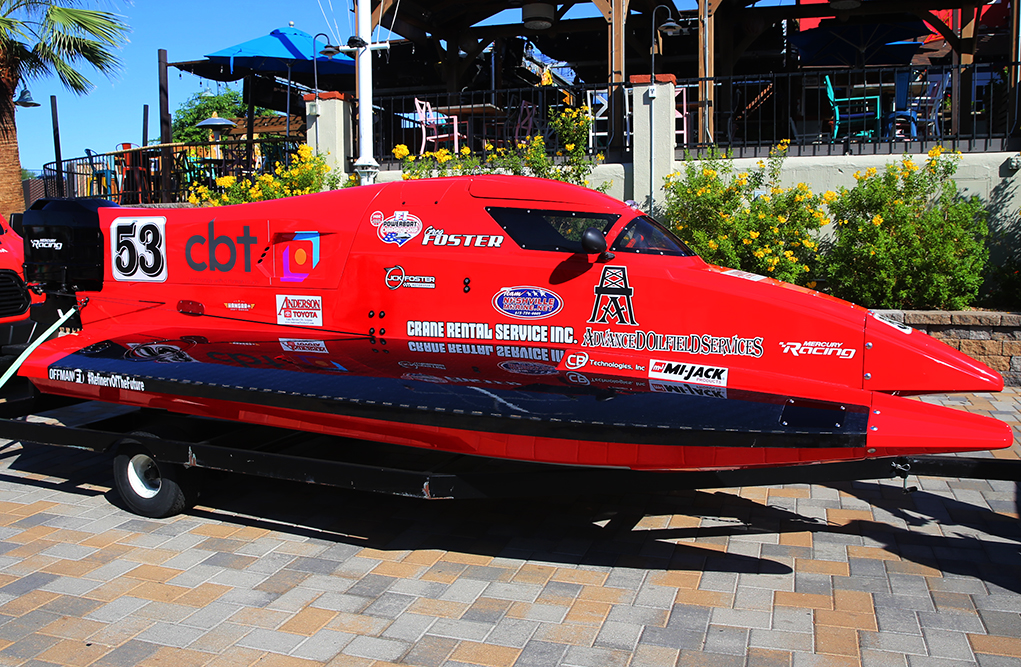 Seebold said there have not been outboard tunnel boats in Lake Havasu for 20 years.

“So we’re bringing it back as the anchor event in conjunction with the 50th anniversary of the London Bridge,” he said.

The racing event will be Oct. 15-17 and in addition to racing, there will be many other activities included.

It will be a meet and greet open to the public.

Racing action will begin with tests on Friday, and racing on Saturday and Sunday. “We have got two North American championships up for grabs,” Seebold said.

“The formula 1 boats are the headliners and it will be a headliner weekend for them. So you’re actually going to see two events and then we have got the tri-hulls as a support class and we also have the formula lights as a support class, so it’s gonna’ be nonstop racing action from 9 a.m. until 6 o’clock,” he said.

There will be a VIP area at the Nautical Beachfront Resort on the terrace and everything will be live streamed. Seebold said there are expected to be 50 to 60 boats in all three classes and there are more than 20 formula 1 boats currently signed up.

The “Mind of McCulloch” is an exhibit curated by the Lake Havasu Museum of History.

Jillian Usher, Communication and Operations with the museum, said the exhibit will be Oct 15, 16 and 17, at London Bridge Beach.

“It’ll start with the racers who have been practicing at the outboard location and they’re going to do a parade through the channel. They’ll stop at our event and have a ceremony to honor racers from the beginning until the current time,” Usher said.

The beach party will be from 4 to 8 p.m., Oct. 15, with beer and food available and is the opening night for the “Mind of McCulloch” exhibit.

The event will include a display of vintage boats and motors. McCulloch’s Gyroplane will be displayed. Usher said all educational institutions in the city will be represented at an education fair and nonprofits and other organizations will host activity tables that will be free, educational, and interactive for children.

Racing events will also be live streamed in the museum’s tent.

“So if you can’t sit on the Nautical, you can either be at Rotary or London Bridge Beach. At London Bridge Beach you can sit with your family, have a beer, participate in events, or just watch the races being live streamed,” said Hannah Rangel, museum executive director.

For a complete schedule of activities go to Lake Havasu Museum of History Facebook page, or visit the website at havasumuseum.com.

Also more racing information can be found at ngkf1.com.