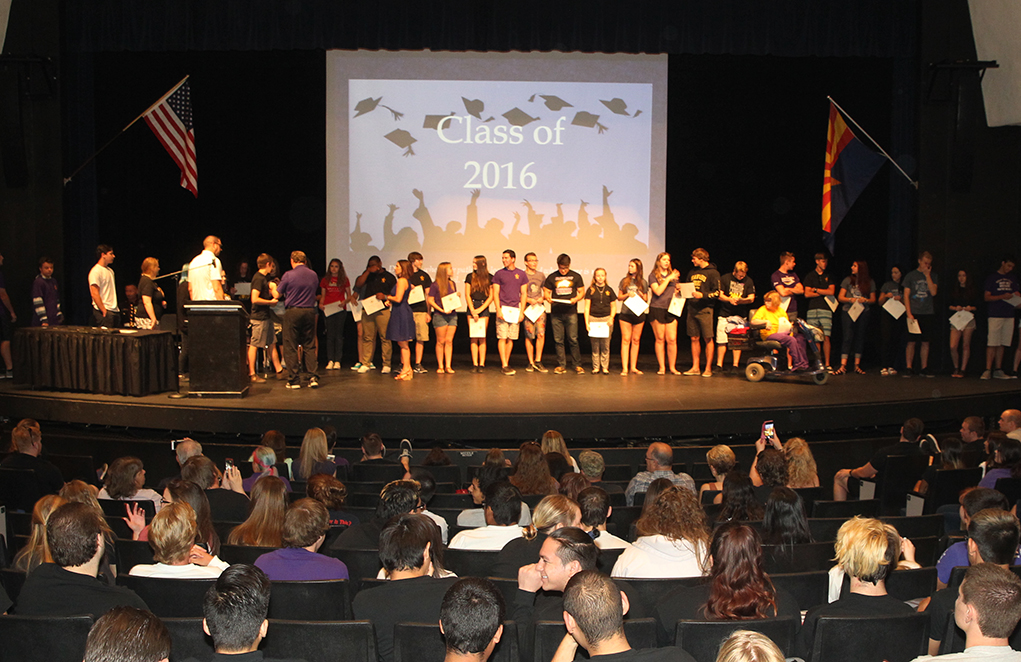 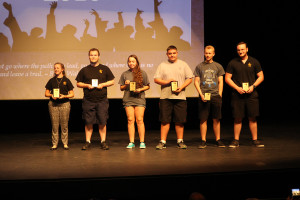 On hand to present some of those outstanding students with awards was U.S. Marine Corps Staff Sgt. Chimonas.

“I am here to present a Scholastic Excellence Award, a Distinguished Athlete Award and a Semper Fidelis award for music,” Chimonas said.

“This is a great opportunity as these young men and women receiving these awards are not joining the military, for what I how. These awards are given to students that have gone beyond their expectations and have been nominated by their teachers and faculty,” he said. 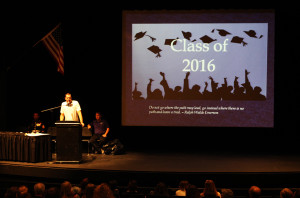 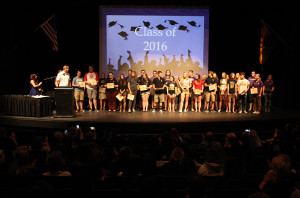 Students line up on the stage and receive the Principal’s Honor Roll award. Jillian Danielson/RiverScene 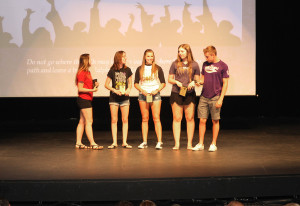 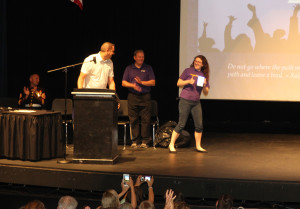 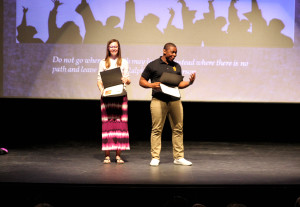 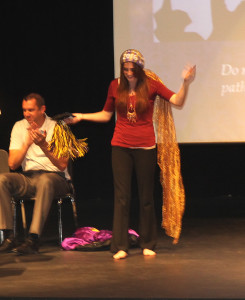