Paddling Down The Colorado For A Good Cause 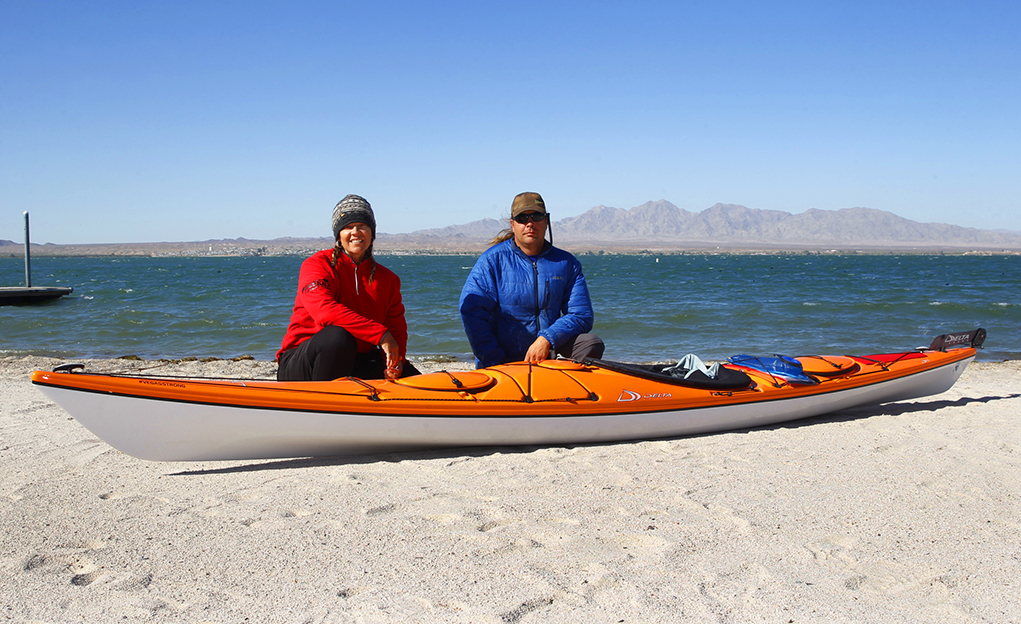 Two hardy kayak paddlers are taking on the Lower Colorado River to support Break the Silence Against Domestic Violence. And they stopped by the Sand and Water Expo in Lake Havasu City Saturday.

James Hermes and Izzy Collett are paddling from the Hoover Dam to Morelos Dam near Yuma.

This is Hermes’ fourth paddling trek along the Lower Colorado River.

“This is my fourth trip. We get to learn a lot about the river. We get to bring stories about the Colorado River home and tell people what they can learn about the river – its ecology and where the water they drink comes from,” Hermes said.

The charity paddle is 340 miles and the pair collected pledges to support Break the Silence against Domestic Violence, a support group in San Diego, Calif.

“it’s dear to my heart because I have a family member whose first marriage was to an extremely abusive husband and her stories are chilling,” Hermes said. 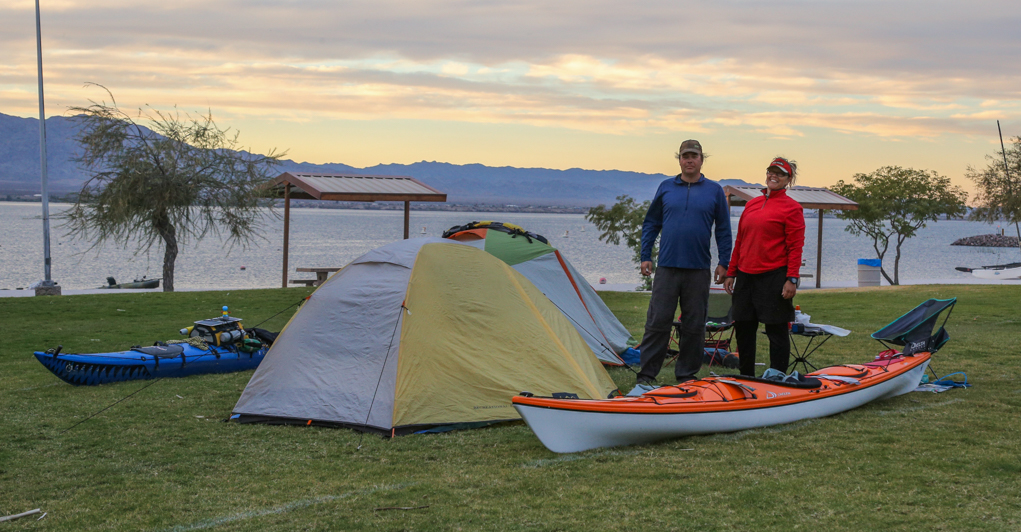 James Hermes and Izzy Collett at their camp during Paddlefest. Rick Powell/RiverScene

He said the family member pointed him in the direction of the charity for this paddle.

“The Colorado River is a big part of my life. I run a tour company, so it has an impact on myself and my employees,” Collett said.

“For me, I’ve seen certain parts of the river and like James said, I’ve never seen the whole river. I’ve been in the Delta where the river ends up,” she said. “I asked James if I could tag along on this one.”

“I don’t have a favorite part of the river. I love the whole thing. But there’s always something about Topock Gorge. It’s always special. It’s just like church,” Hermes said.

We left early yesterday, and when we came to Devil’s Elbow it just started raining and it was spiritual,” he said.

The expedition takes about 16 days on average to complete and the paddlers get help moving their kayaks around some of the dams on the trip and they portage around some on their own.