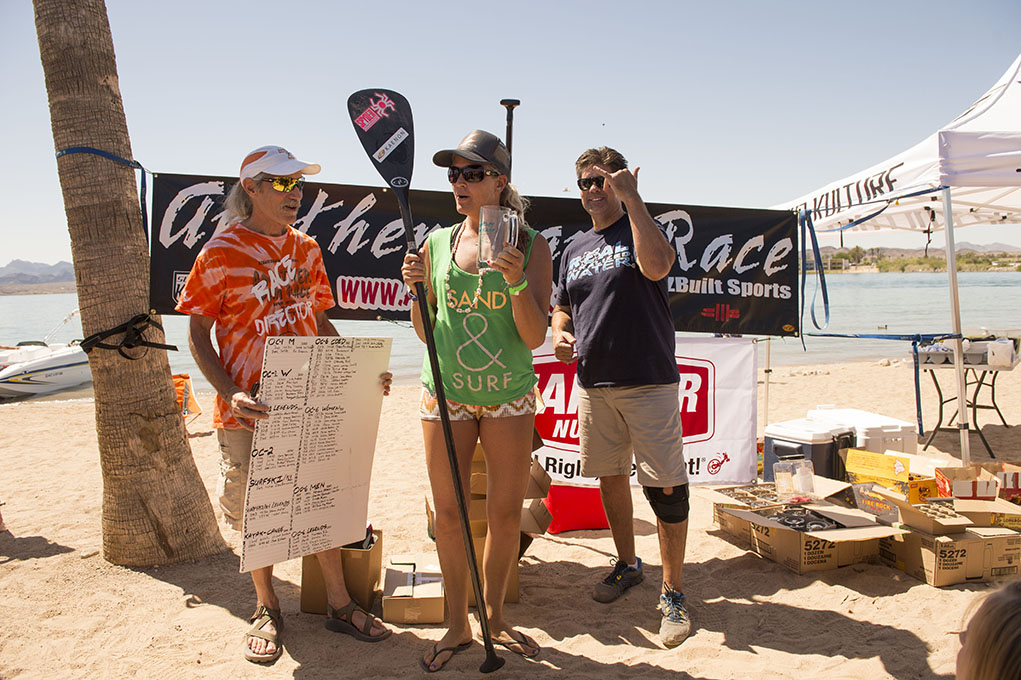 Saturday’s fun in the Havasu sun included paddle sports. The event, ADR (Another Dam Race) is just that, a race done using the participant’s strength. Racers were equipped with paddles, boards or canoes.

Saturday’s race started on the beach at Rotary Park. Contestants paddled out from the beach toward the Nautical Beachfront Hotel. About half way out, they did a turn at a buoy, headed back toward the beach and up the channel, under The London Bridge and ultimately around the island.

Paddle sports involve a board, or some other type of boat, in which any combination of paddlers propel their vessel over a predetermined distance. Stand Up Paddle boards, which resemble a surf board, use a paddle to maneuver through the water. Canoes that have outriggers for stability have six paddlers, one of which is also the helmsperson.

This is the second anniversary of “Another Dam Race” organized by Larry Smith and John Burns.

“There were about 80 contestants in many different categories,” said Smith.

They also organize another race in early November.

“At 500 entries, this is a big race and is also the end of the race season. A big party is held after the race where the participants are competitors on the water but friends on land and come together to celebrate another good year of racing.”

Burns and Smith said they aren’t sure how big the event will get but are hopeful that it grows each year as the sport becomes more popular. 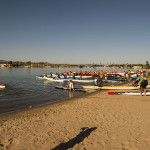 The horn sounds and they are off! The long 6 member boats start the race.Mark Russell / RiverScene 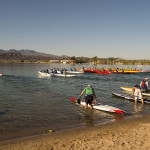 Long 6 member boats start the race while the stand up paddle board racers and two small two manned canoe’s wait for their start to sound. Mark Russell / RiverScene 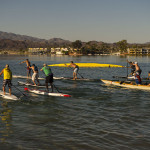 The start of the paddle boards race. Yellow 6 man boat capsized at the start. They righted the boat, baled the water and with a late start still finished the race. Mark Russell / RiverScene 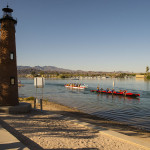 Heading up the channel toward The London Bridge. Contestants will circumnavigate the island before heading to the finish line at Rotary Beach. Mark Russell / RiverScene 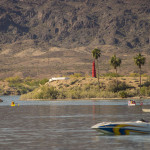 After rounding the final point of the island the leaders and others are on the home stretch before the finish line. Mark Russell / RiverScene 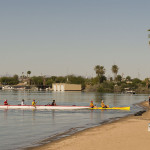 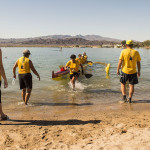 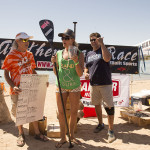 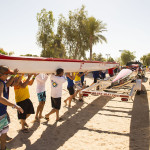 Great teamwork is required both on the water and off the water. Boats weigh in at 400 pounds and it takes a team to load them back onto the trailers. Other teams often pitch in to help with the task. Mark Russell / RiverScene 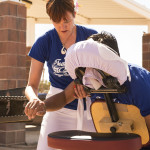