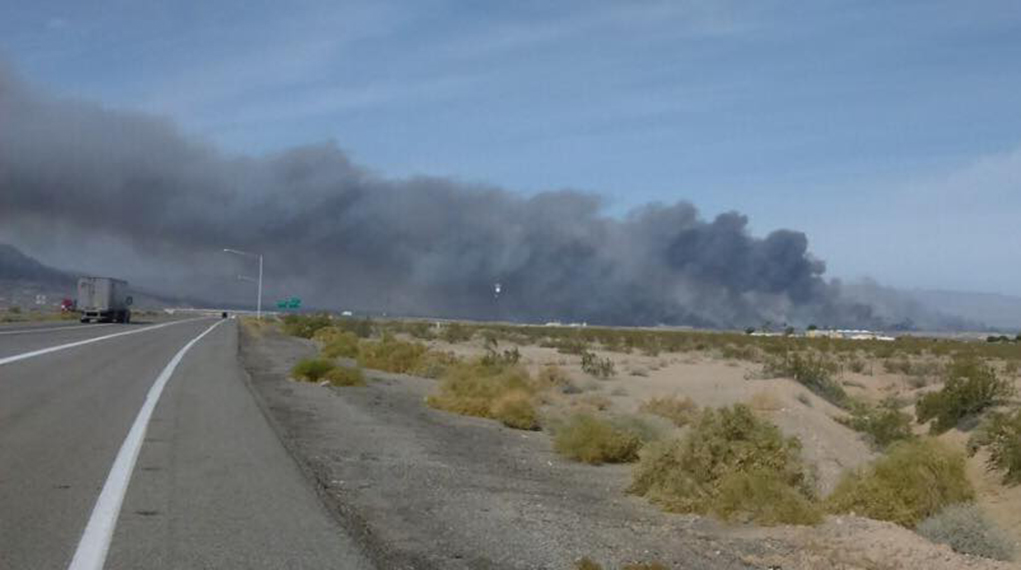 San Bernardino County Fire Department has confirmed a fire started at Park Moabi at 5 a.m. this morning. The fire is near the same area that devastated the Topock area last year.

SBC Fire reported it was a vegetation fire with a medium rate of spread threatening Park Moabi and that units were on scene. An engine and two water trucks are in place. 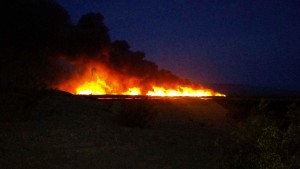 A more recent report advised that 20 acres were burning on the Arizona side, and three acres on the California side and strike teams were dispatched. Mohave County Fire Department is working on the Arizona side. At this time, no structures have burned on the California side, but structures are threatened at Park Moabi. Evacuations are in progress. Air rescue, hand crews and a dozer have been dispatched.

The most recent reports state that Park Moabi has been evacuated and an emergency evacuation center has been established at the Park and Recreation Center at 1111 Bailey Ave., in Needles. The fire has consumed 15 acres with 20 mph winds. Pirate’s Cove is also threatened.

A RiverScene Magazine photographer has been sent to the area of the fire. Watch for updates here.

There is a road closure at Park Moabi and I-40 as of 10 a.m. according to the San Bernardino FD. 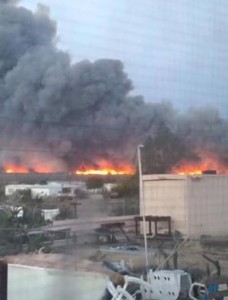 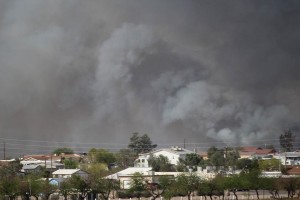