Her husband, Sgt. Michael Rudd, died last month during a high-speed chase on Interstate 10, becoming the first member of the La Paz County Sherriff’s Department to give his life in the line of duty.

Amanda Rudd, who works as a prevention coordinator for the Town of Parker, said her husband was always looking out for families in need during the holidays.

“Michael always made sure at least one family had a holiday meal … usually more families than that,” Amanda Rudd said. “This tradition will carry on in his name.”

Le Pera Principal Brian Wedemeyer said AmandaRudd contacted him last week about a donation, but he was not expecting anything like this.

“When she told me she was buying 100 turkeys, I was absolutely in shock,” Wedemeyer said. “Talk about goose bumps.”

Turkey Trot is one of Le Pera’s most popular traditions. Students run in races, and the top three finishers at every grade level win turkeys. Any extras turkeys are raffled off to other families. 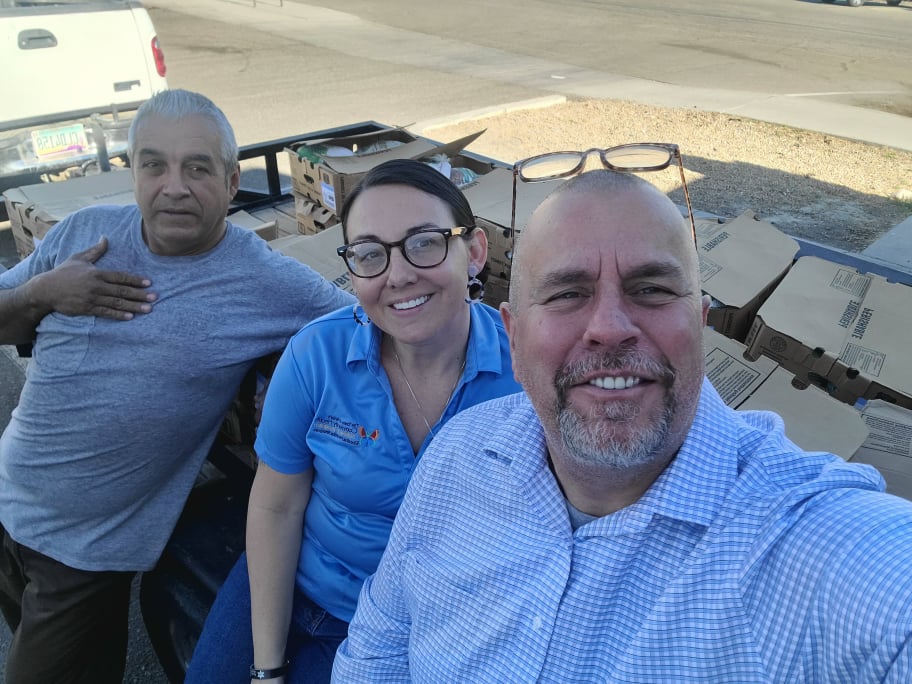 “Because it’s been such a challenging year, I really wanted to get enough turkeys for every family,” Wedemeyer said. “Many of them have come to depend on Turkey Trot to help through the holidays, and as soon as I put the word out, donations started pouring in.”

About 130 families have students at Le Pera. Before school started this morning, there were about 30 turkeys in the walk-in freezer.

“Then we got the call from Mrs. Rudd,” Wedemeyer said. “She is truly an angel. We have reached our goal, and I’m so happy.”

Every family will receive a turkey this year, and the top three finishers in each race will receive gift cards and pumpkin pies instead.

“I can’t express enough how appreciative I am to all those who made donations this past week,” Wedemeyer said. “You know, when I try to recruit new teachers to this area, I often talk about the beautiful river or all the desert trails. But, honestly, it’s our people who stand out above the rest.”

One at a time, Amanda Rudd pays for 100 turkeys while in line at Food City.