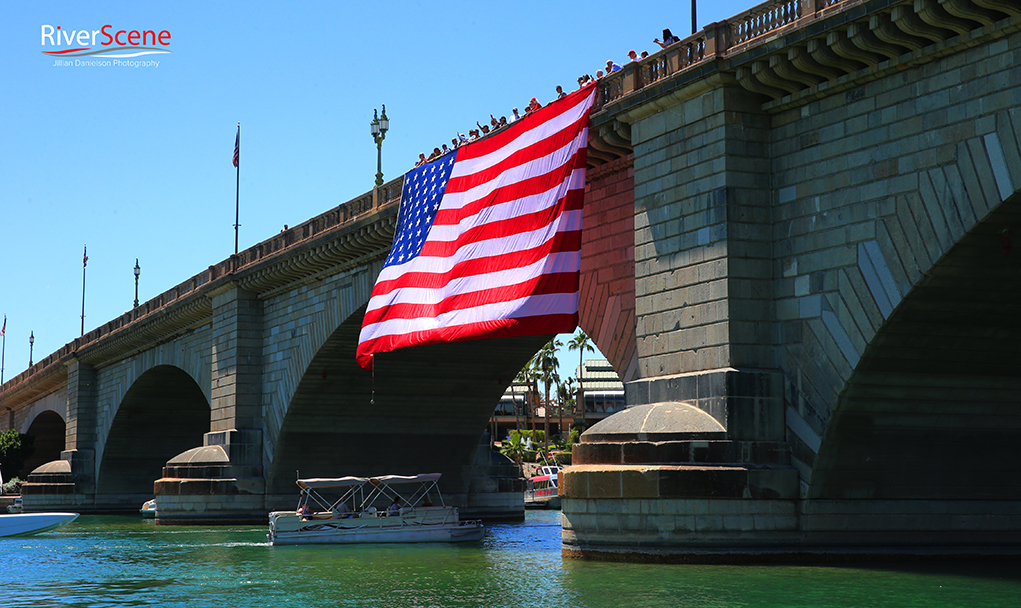 A giant symbol of patriotism made a stop in Lake Havasu City today.

And when the word “giant” is used, there must be some evidence to back it up.

An American Flag measuring 28 feet x 60 feet, weighing 50 pounds made its appearance on the London Bridge in Havasu today, as part of  its journey with numerous stops. 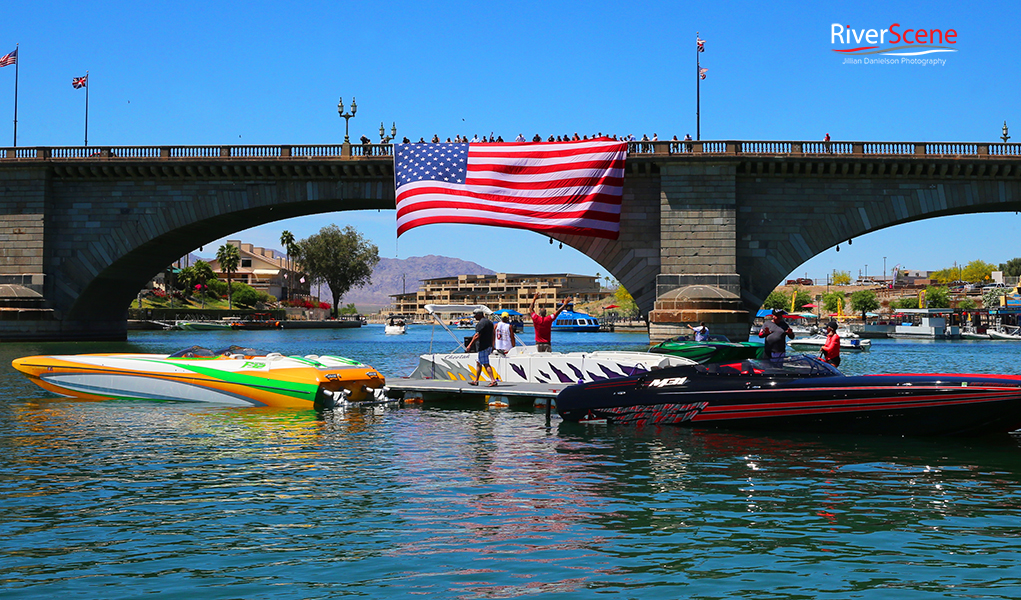 A flag hangs on the London Bridge with Desert Storm Boats underneath. Jillian Danielson/RiverScene

“It is on a five-year mission touring the USA. We have displayed the flag at 30 U.S. state capitols. The tour began on the 15th Anniversary of the 9/11 Attacks when the flag was displayed in all three locations inside of a 12-hour period.

“It has also been displayed at multiple USA monuments and memorials. On Dec 7, 2016, the flag was displayed on the dock, in Pearl Harbor, in front of the USS Missouri on the 75th Anniversary displayed by US Navy sailors,” according to an email sent by World Memorial president Mitch Mendler. 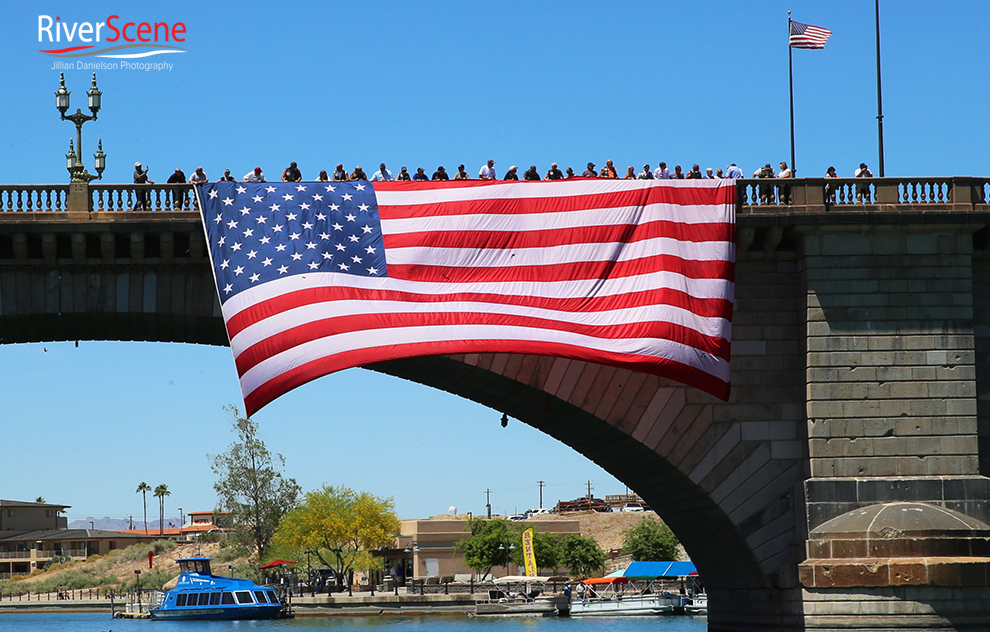 A flag hangs on the London Bridge in Lake Havasu City. Jillian Danielson/RiverScene

Mendler said he will display the flag in Normandy on Omaha Beach during D-Day celebrations this summer.

According to the email, the mission statement for the flag: Honor those who gave their lives for the Red, White and Blue and respect the men and women on the job today willing to risk it all to preserve our freedom and keep us safe. Please go to this web site for more information (click on Flag II): http://www.thepatriotflag.us

The World Memorial is a federal recognized nonprofit public charity. The organization is 100 percent volunteer oriented and the mission statement is to teach tolerance and educate people about the attacks on the world on 9/11. 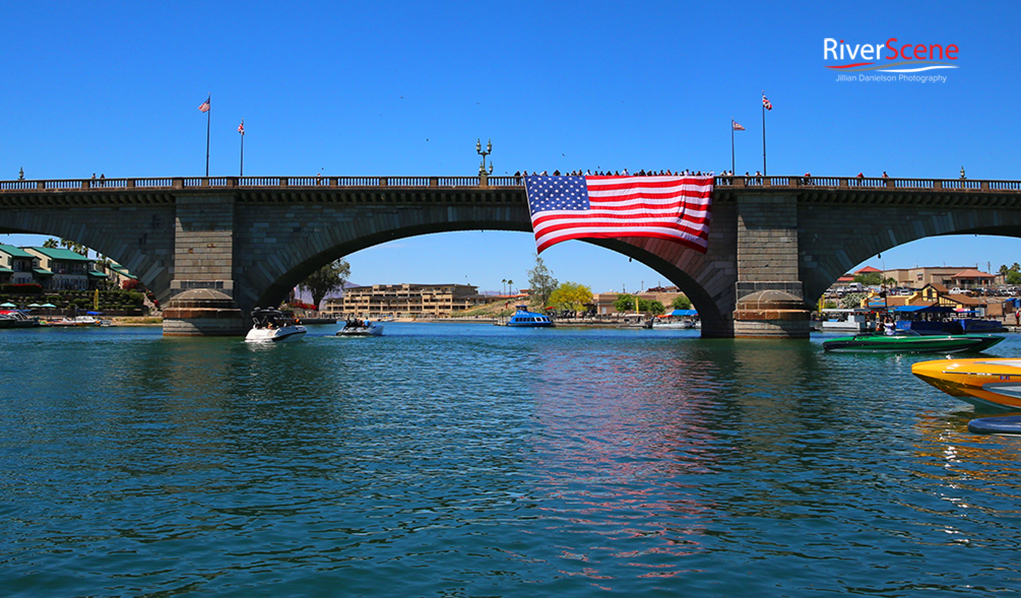 A flag hangs on the London Bridge in Lake Havasu. Jillian Danielson/RiverScene