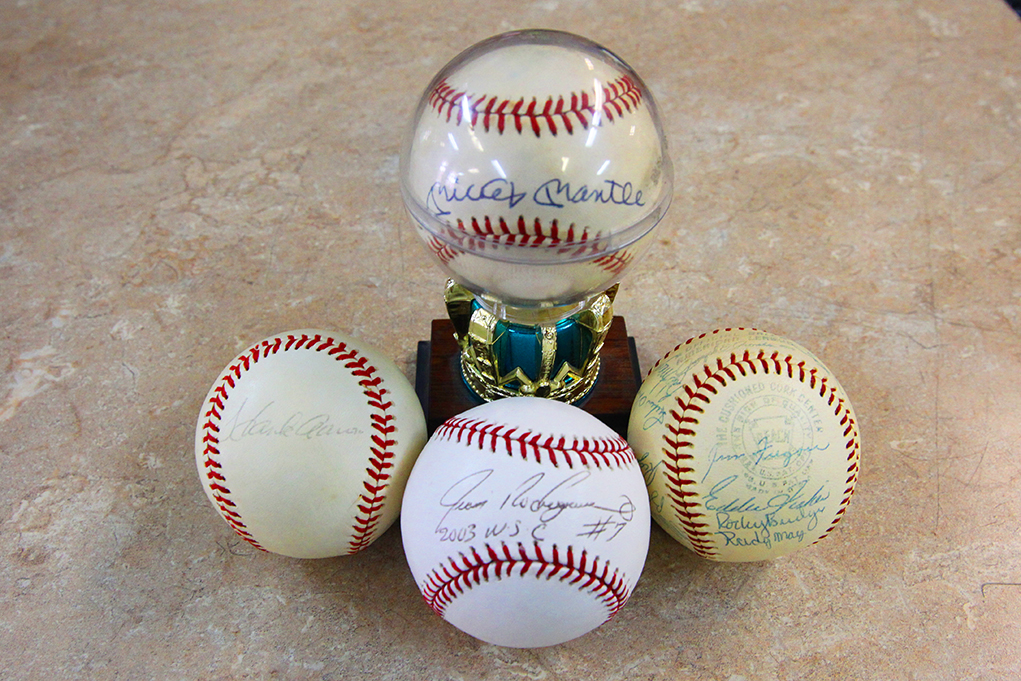 The four pawn shops located in Lake Havasu City collectively have the mainstays but each also holds the unusual. 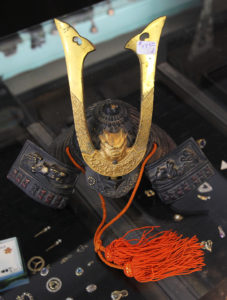 Best Bet Pawn, on McCulloch, is the longest running pawn shop in Havasu with its presence reaching back as far as the late 1980s. It seems to have the largest and most eclectic collection of unusual trinkets among the four shops.

Best Bet owner Danny Garcia said that some of the items have been for sale in the store for as long as 10 years.

“I’ve had stuff here for years, 10 or 15 years,” Garcia said. “It becomes dead inventory, really, but I don’t get rid of the conversation pieces.”

The collection of military helmets and a handful of World War II items in the shop have become more valuable and coveted after a trend in the market of those items has come and gone. 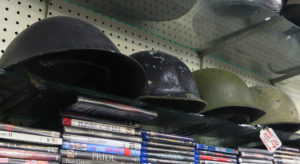 “The previous owner had a huge WWII military collection,” Garcia said. “Things like German Lugers, bayonets, everything was WWII. It was our main a long time, the military memorabilia. In the 1990s, that changed. It was popular, so now it’s just that much harder to find.”

Garcia, who worked in the pawn shop before purchasing it himself in 2001, said his current most popular items are the jewelry. Holding sentimental value with many individuals who hock them, the jewelry loans are solid. On the flip side, they’re also popular for-sale items if the price is right, he said.

“The video games are the most popular,” said Wimpey’s owner Dave Racine. “The systems don’t stay in here long, maybe a day or two.” 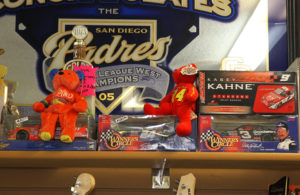 Items sit behind the counter for sale at Wimpy’s Pawn. Jillian Danielson/RiverScene

Racine, who has owned and operated the shop for the past nine years, does hold some select, unusual items to see but they aren’t for the taking. The items are part of his collection and merely on display. They include a blow fish, a shark guitar, an unusual thermometer, an antique fire extinguisher, and some metal ‘Wimpy’ collector’s signs behind the counter.

Racine said the longest inventory usually is in-house is about 6-8 months, and he admits, it’s a seasonal business.

Pawn Starz manager John Borders, agrees. Pawn Starz, next door to Wimpey’s, has been in the game for three years. Borders said he’s willing to wheel and deal. 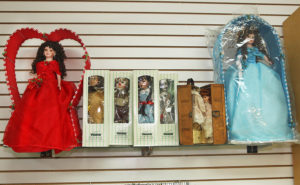 While Riverscene was waiting for the interview, Borders packaged a deal on a collection of water recreation toys including wake boards and water skis – because it’s the end of the summer season.

“We thrive on jewelry and firearms,” Borders said. “We have a pretty good selection of firearms. We move a lot of stuff.”

The shop sees some antiques come in the door, but not as many as one would imagine.

“If I do get them in, I try to sell them as quickly as I can,” he said. And that, precisely, is the name of the game. Borders said items are on the shelves anywhere from 30 days to as long as 18 months. 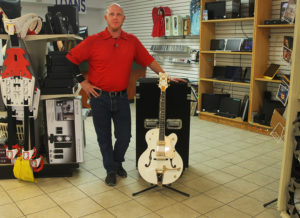 John Borders stand next to one of the items for sale in his shop, a Gretsch Guitar. Jillian Danielson/RiverScene

Pawn Starz’ most interesting items include some larger collectible dolls, a Gretsch White Falcon electric guitar with a price tag of $2,799.95. It was made in Japan and is a replica of an electric guitar from the early 1960s.

Other items include radial tire chains that have been on the shelf for about four months, a weightlifting apparatus for doing sit ups, which has been in the store for about 18 months.

“We try to get a good inventory of just about everything,” Borders said. “And, we’re willing to wheel and deal.”

And, last but not least, Mr. Pawn, on the south side, has been open for nearly one year, they opened Oct. 1, 2015. It specializes in jewelry, firearms, archery, electronics, musical instruments and more, according to an email from management. 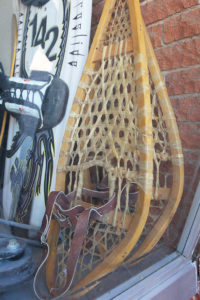 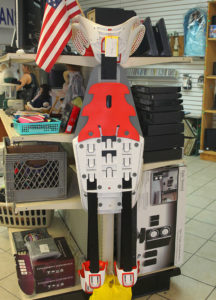