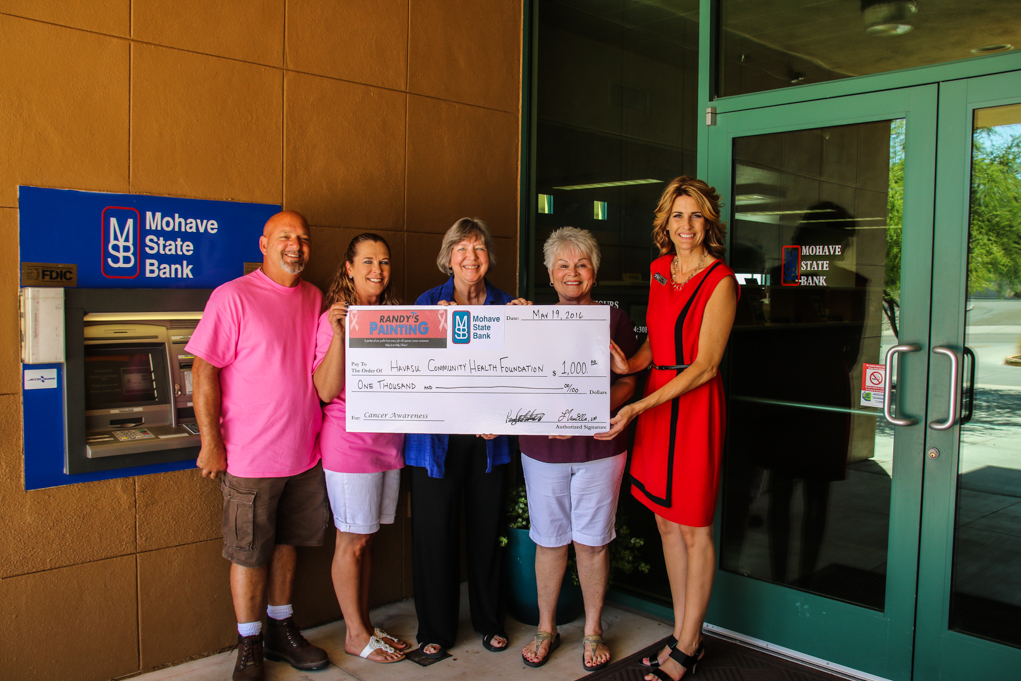 While applying a fresh coat of paint to the outside of Mohave State Bank last week, Randy Frederick, owner of Randy’s Painting, parked his highly visible cancer-awareness pink trailer on site.

During discussions about the trailer with MSB Lisa Van Ella, it was learned that Frederick had planned a donation for cancer awareness coming up and the bank decided to step up and take part.

A small presentation was held at the bank where Randy’s Painting owners, Randy and Terrie Frederick, presented a check to Jeanie Morgan, Executive Director of Havasu Community Health Foundation and Carol Ferrell, Director of the Cancer Association of Havasu.

Mohave State Bank Vice President, Lisa Van Ella, matched the Frederick’s donation to the foundation with a check on behalf of the bank toward cancer awareness in the community. 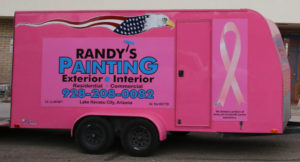