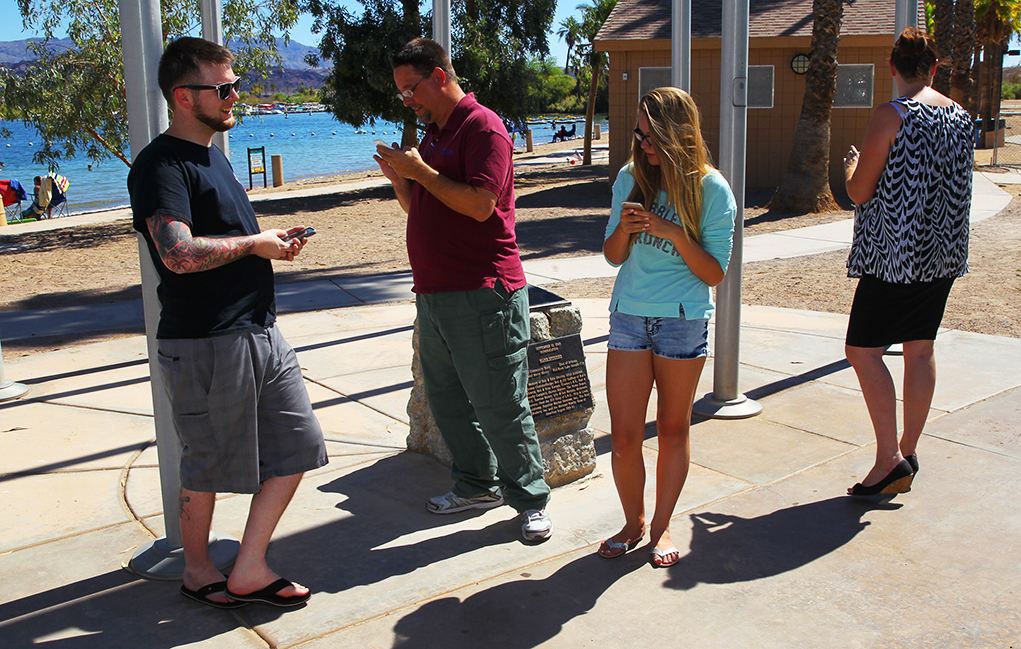 In just a few days, Pokemon Go has taken the country by a storm and Lake Havasu City is no exception.

Pokemon Go is a location-based augmented reality mobile game developed by Niantic. It was initially released in July 2016 for iOS and Android devices, starting with the U.S. and Australia, with Asian and European releases to follow. 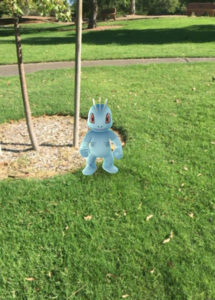 Screenshot of a Pokemon character at the park courtesy Melissa Simpson.

The game allows players to capture, battle, and train virtual Pokémon who appear throughout the real world. It makes use of GPS and the camera of compatible devices.

According to a press release from the Lake Havasu City Better Business Bureau, in just a few days, Pokemon GO has become the most downloaded phone app in the U.S. The app, which uses mapping software to create a virtual reality game, is getting children and adults out and about in their neighborhoods to “catch” the game characters as they pop up on phone screens from various locations.

The good news is the game has taken families out doors to explore their neighborhoods and towns.

“It’s like a family scavenger hunt,” said Bobbi Cheney, who plays the game with her children.

Cliff Cook said “I am having summer fun with my grandson driving around town playing Pokemon Go.” 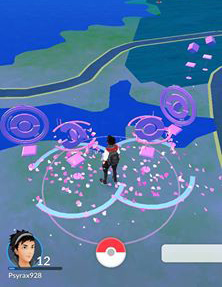 Drake Finney has started a Facebook page dedicated to the game. He has posted hints and safety tips there as well.

“The game is so popular because it is based on a popular cartoon and game for 20 years ago. People that were first introduced to it in the ‘90s are seeing familiar faces from their childhood and interacting with the new generation of fans in ways never possible before,” Finney said.

He added, “For the first time in years, my wife, kids and I just went for a walk to catch Pokemon. Now I can’t remember which ones I caught but I can tell you all about the conversation and laughter we shared, and that makes me appreciate the game even more.”

He said that Monday, Pokemon Go passed Twitter as the most active app.

“The creator of Pokemon based his first game around his love of insect collecting. I think he would love the fact that now as a world, we are running around collecting augmented reality animals and sharing them with each other,” Finney said.

Finney said that while playing the game in Havasu it’s important to keep eyes up and take plenty of water along for the adventures.

And for more information regarding the game and possible pitfalls, visit bbb.org. 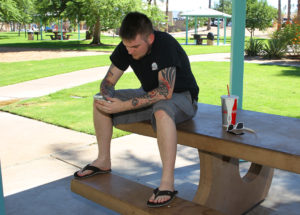 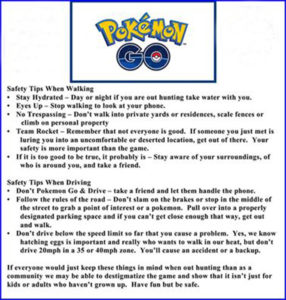