Racing’s in the Family: Korbin Mitchell and Jamie Roberts 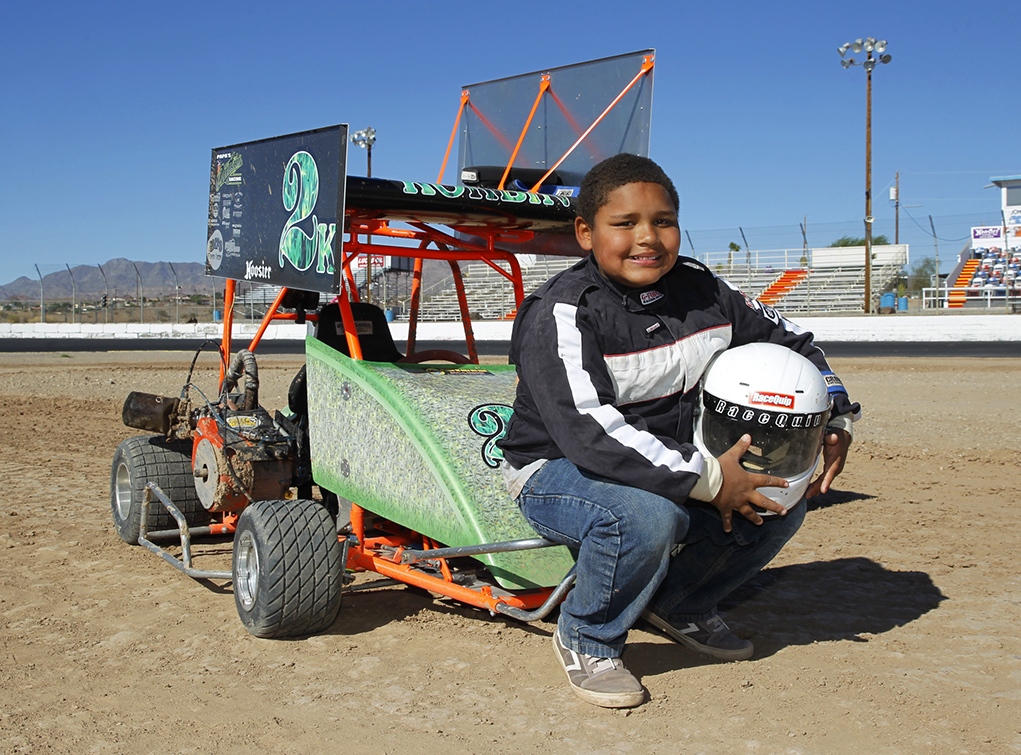 “I used to race go-karts a long time ago,” said Roberts. “I’ve been a race fan forever and ever. When Korbin turned 5, he was eligible to race, so we bought him his first car.”

In his three years of racing, Mitchell, who is in the fourth grade at Oro Grande Elementary School, has raced at a handful of tracks in California, as well as tracks in Phoenix.

After a successful three years in the Outlaw Kart, which included a second-place finish in Havasu 95 Speedway’s Havasu Wiring Outlaw Kart points for the 2016-2017 race season, they decided to move Mitchell up a class, to the Animal Outlaws. 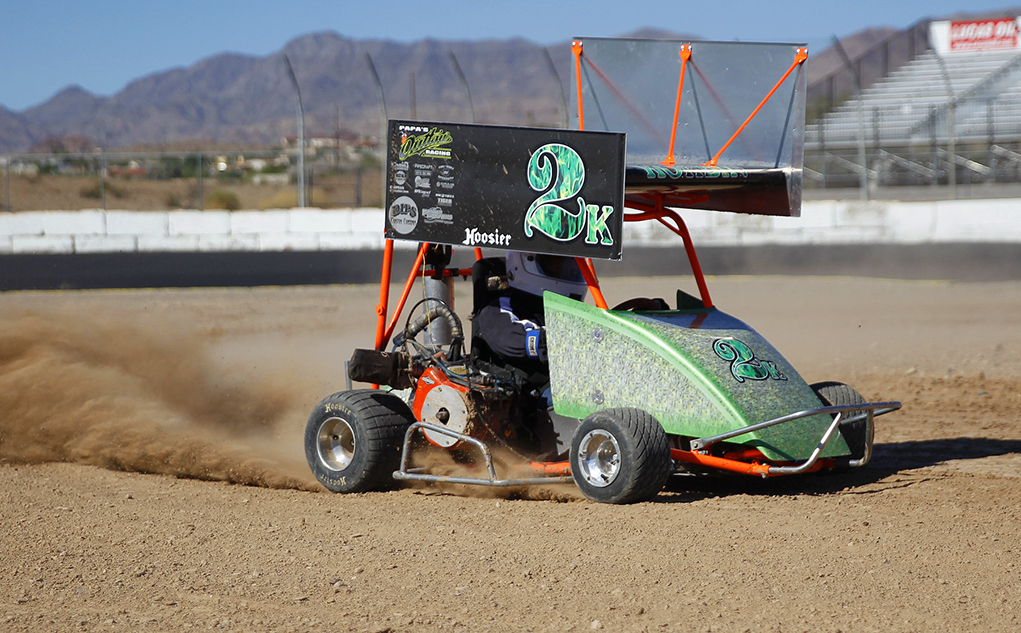 “It’s the same kart, just with a new outlaw motor,” said Roberts. “It’s a modified motor of what he had before.”

Both grandpa and grandson enjoy spending time together at the track, with each other and with friends they’ve made along the way.

“Adam [Hommerding] and Brody [Wake], we are friends off and on the track,” said Mitchell.

While they don’t have set plans in place for the future of Mitchell’s racing, they both hope to see him move up a class one day.

“I’d like to see him move up to a bigger car and stay racing,” said Roberts.

Mitchell agreed, adding “I think I’d be pretty good in a Street Stock.”

Mitchell and his new Animal Outlaw Kart are just one of the many racers preparing for Havasu 95 Speedway’s opening night, scheduled for this Saturday at 7 p.m. Racing alongside the Animal Outlaws will be the Get It In Gear Street Stocks, the Office Cocktail Lounge Bandoleros, and the Sam Nichols Electrical Factory Stocks. 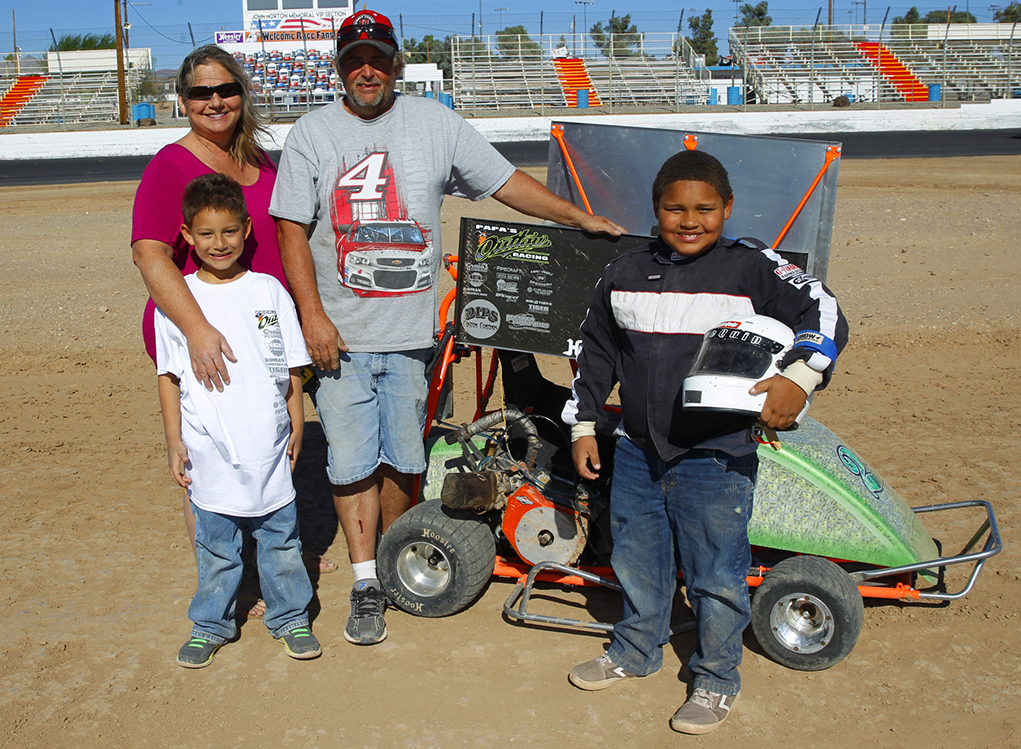 Korbin Mitchell poses with his grandparents Tina and Jamie Roberts, along with his cousin, at Havasu 95 Speedway. Jillian Danielson/RiverScene