Rae Of Hope Donates A Cuddle Cot To HRMC 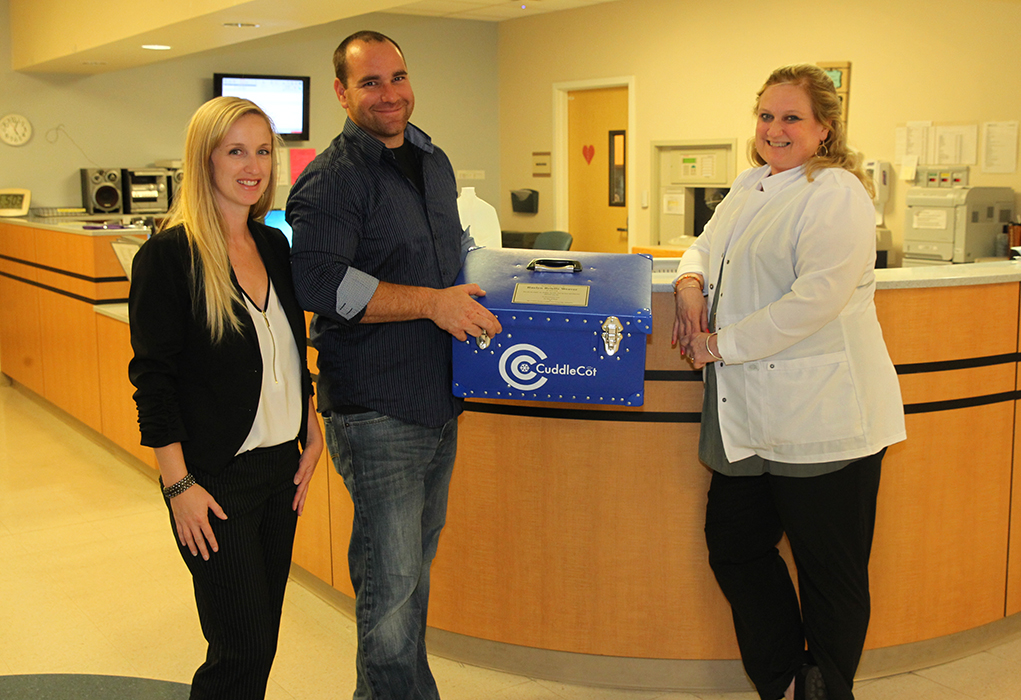 Tamara and Dennis Weaver donated a Cuddle Cot to Havasu Regional Medical Center Tuesday afternoon. The Cuddle Cot is something that will be used in the Labor and Delivery Unit for families who have stillborn births.

“We are here because Rae of Hope Inc., is donating a Cuddle Cot to Havasu Regional Medical Center,” Tamara Weaver said.

Rae of Hope Inc., was started by the Weavers after the loss of their daughter, Raelyn, to support families that suffer miscarriages and stillbirths.

Tamara Weaver explained that a Cuddle Cot is a piece of hospital equipment that is a cooled bassinet which allows families that have had a stillbirth to be able to keep their babies in the room longer to facilitate the grieving process.

“We came to dedicate it today and unfortunately, it’s actually already in use. It is a basic cart that you have a baby in after you have a baby in the hospital. It is a Moses basket on top so it just looks like a regular bassinet and it just keeps the body cool so it slows down the decomposition of the baby so they can keep the baby in the room (longer) if they want to so they can say hello and goodbye,” she said.

“Historically they would take the baby away as soon as possible,” she said.

Tamara Weaver said when she lost her daughter she was very ill and doesn’t remember holding her at all.

“I wish I would’ve had something like this,” she said.

“I didn’t think it was going to be used very often, so when they do, I think it will make a big impact.” 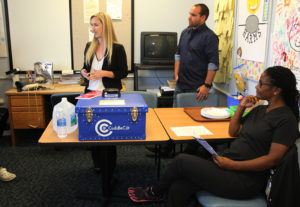 Tamara and Dennis Weaver talk to Hospital staff about how to use the Cuddle Cot. Jillian Danielson/RiverScene 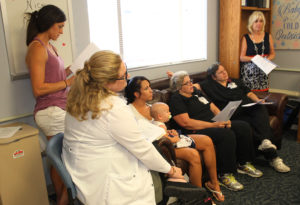 Hospital staff listen to a presentation about how to use the Cuddle Cot in the in the Labor and Delivery Unit. Jillian Danielson/RiverScene 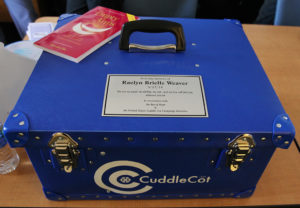 A plaque is engraved on the Cuddle Cot box in honor of Raelyn Weaver, the daughter of Tamara and Dennis Weaver. Jillian Danielson/RiverScene 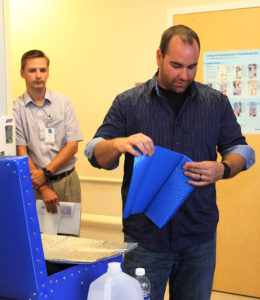