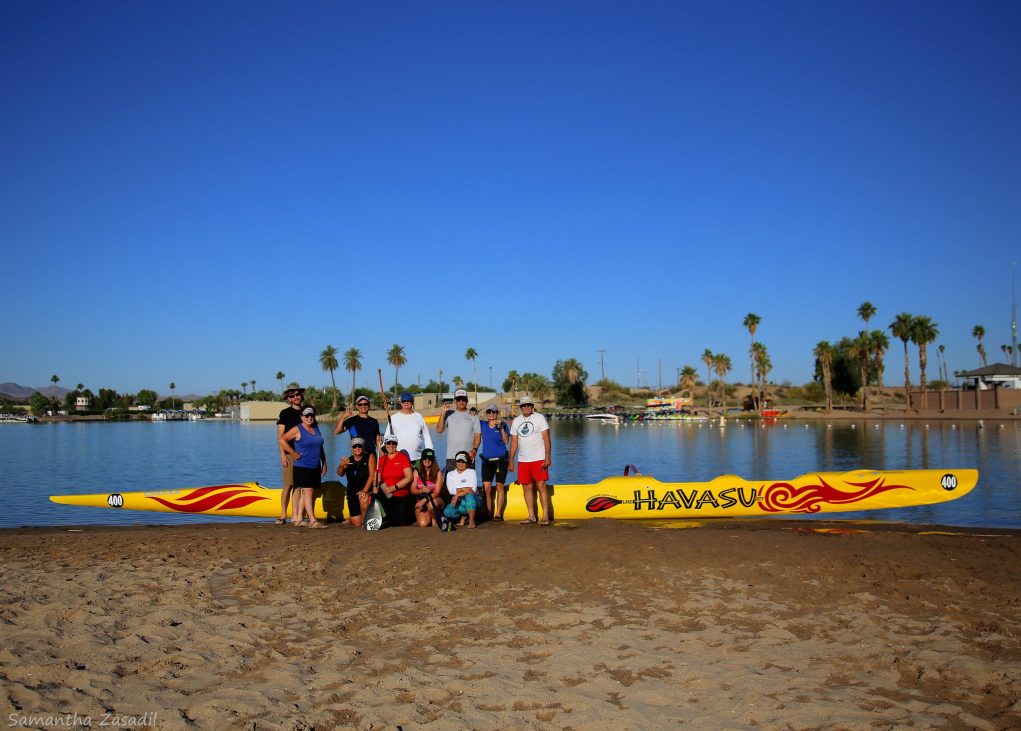 For those who need to add a bit of fun to their outdoor workout while enjoying the views around the Bridgewater Channel, there’s just the activity for you.

The Lake Havasu City Outrigger Canoe Club can help bring a sparkle to a morning routine while teaching the art of  outrigger canoe paddling. 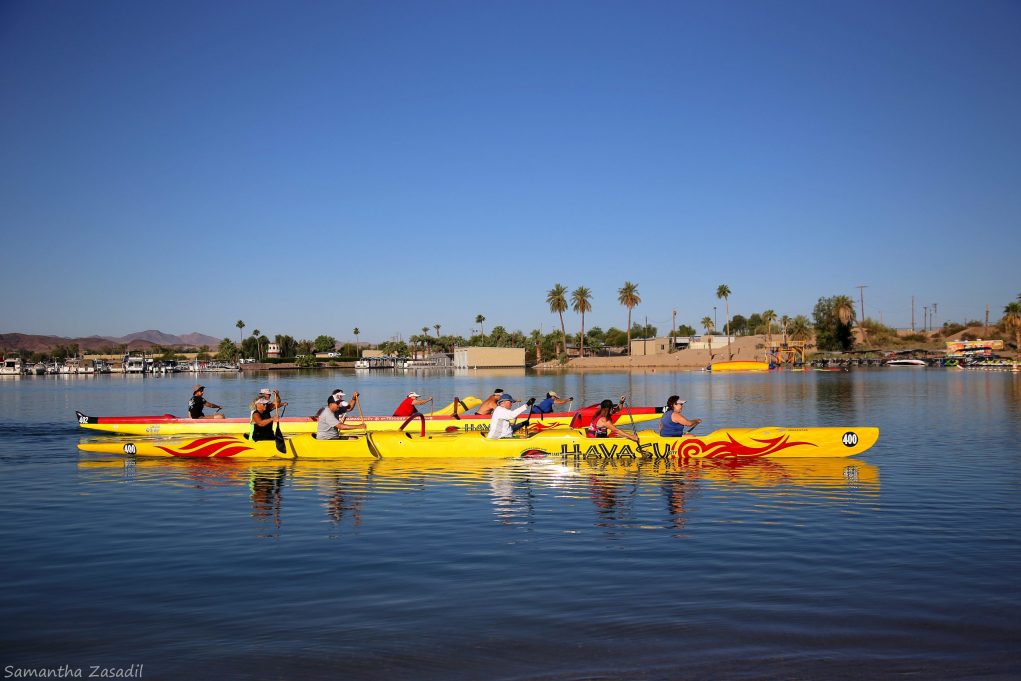 Before the Lake Havasu City Outrigger Club was formed in 2004 by founders David and Liz Vidad, the outrigger canoe was first developed by indigenous people of the Hawaiian Islands. Canoes were used for everyday life including  fishing, travel between islands, and even long  journeys sometimes well over 3,000 miles.

Ancient Hawaiians also used them for recreation and included them in canoe surfing and racing but most importantly, it helped develop paddling skills for survival. Canoe racing was very important and prestigious since then, canoes have evolved over time to meet the demands for ocean conditions. 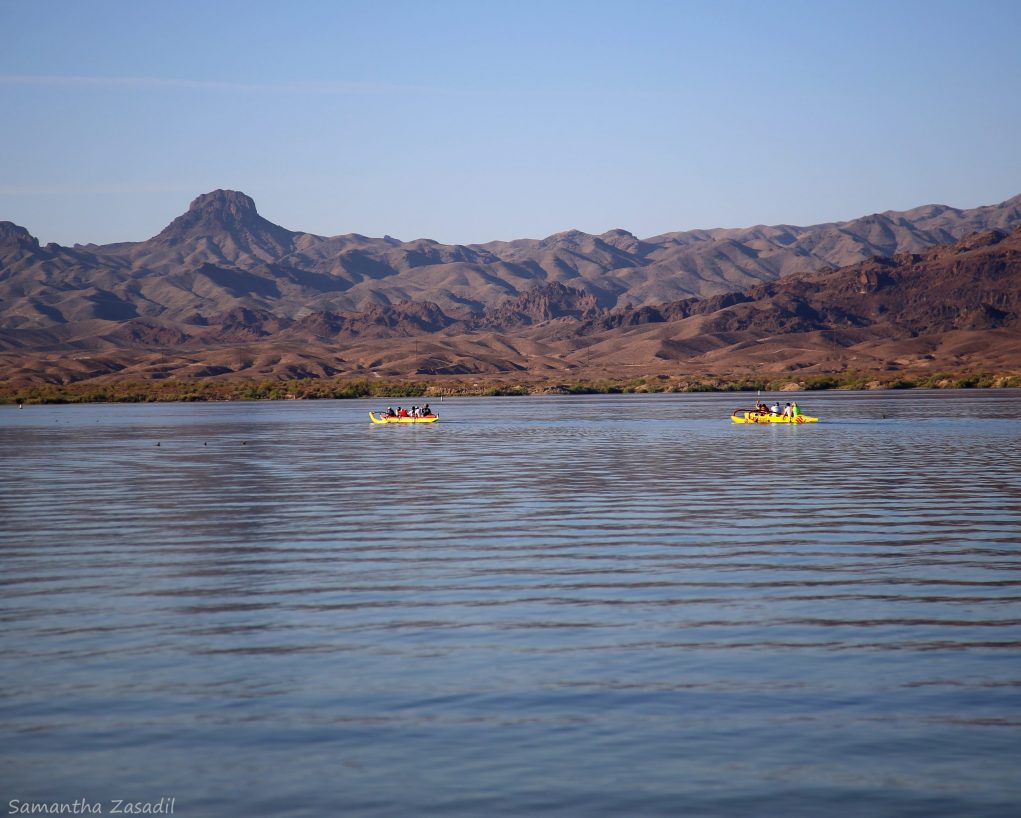 Members of the Lake Havasu City Canoe Club, recognize the significance of the canoe and not only love the sport, but enjoy sharing the skill of paddling with locals in Lake Havasu City.

“Our mission is to teach the art of outrigger canoe paddling. No experience necessary,” said club president Jeanne Holdren. 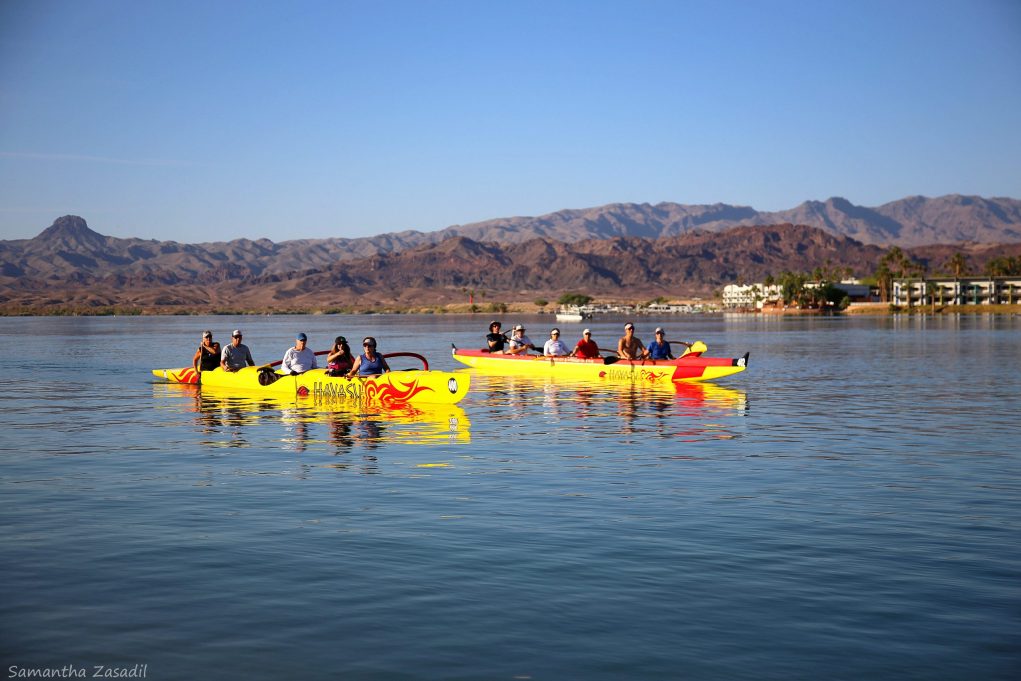 Some members of the club often travel to California for racing events. “We were in San Diego a few weeks ago, our women’s team took fourth place with four California teams behind,” added Holdren.

Members also typically participate in ADR (Another Dam Race) in November which is a 10-mile race on the river in Parker, Arizona.

“The sport is fun, it is great exercise and being on the lake in an outrigger canoe is relaxing and exhilarating at the same time,” adds Holdren.

The Lake Havasu Outriggers Club meets Tuesdays, Thursdays and Saturdays for recreational practices at 7 a.m., and meet at the North end of Rotary Beach, by the channel at 6:45 a.m.

“Anybody can join us for a one-hour paddle in our traditional Hawaiian six-men canoes,” says Holdren.  “We provide a paddle, canoes and instructions,” she added. 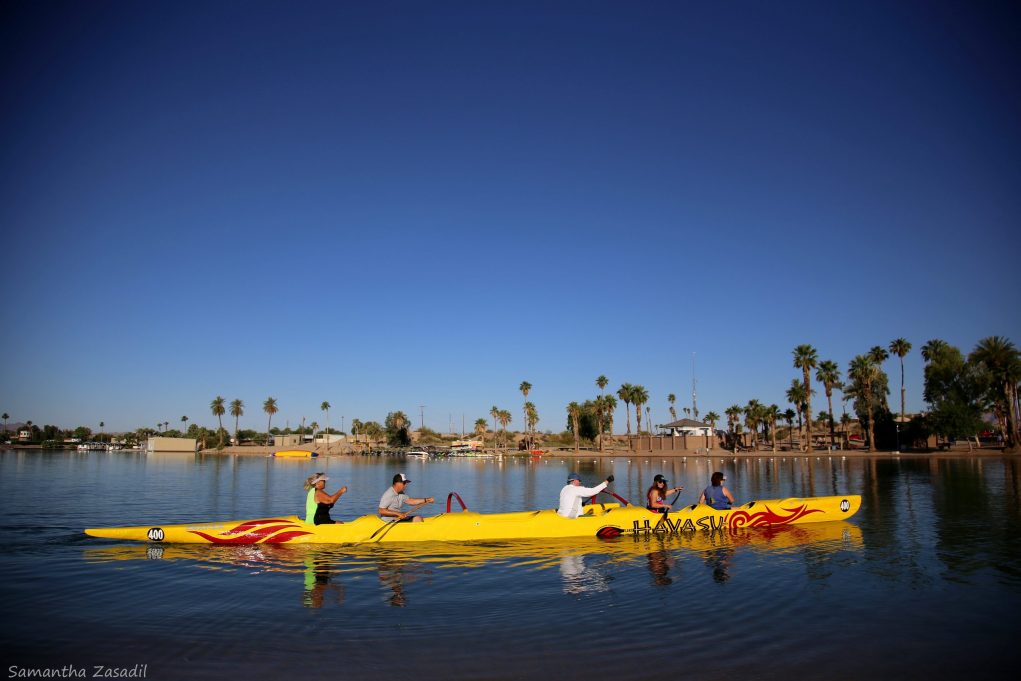