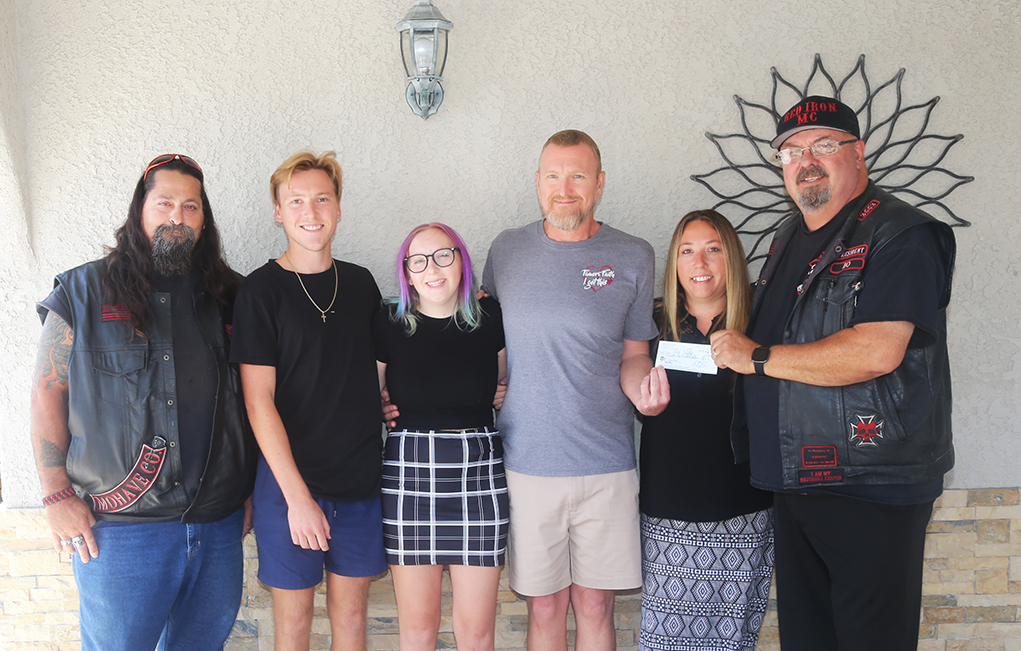 The giving spirit of the Mohave County community is alive and well and Wednesday, the Red Iron Motorcycle club donated $2,500 to a local family in need.

Her parents Kurt and Trina Fowler said that in November of 2020, their daughter noticed a swollen lymph node on the side of her neck. It led to a diagnosis of Epstein-Barr Virus, where a biopsy was needed to remove some of the lymph node and tissue from her nose.

That procedure was followed by another biopsy to remove two large lymph nodes from the opposite side of her neck and 32 small ones from her nasopharynx, which came back malignant.

Fitted with a chemo port and g-tube, the young Fowler has five chemo treatments that can run 102 hours at a time, during which she is admitted to Phoenix Children’s Hospital for six days. 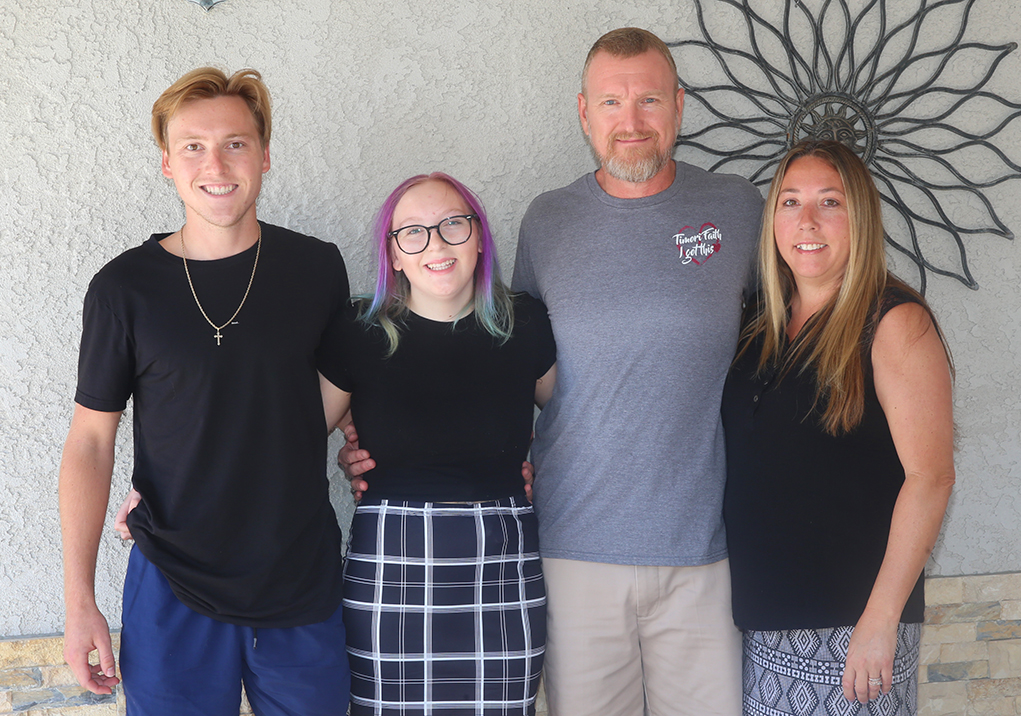 Noah, Timori, Kurt, and Trina Fowler pose for a photo Wednesday afternoon. Timori’s brother Tristan was not available to be in the photo at that time. Jillian Danielson/RiverScene

In addition to this, Timori will need radiation of up to 39 treatments at the Mayo Clinic. This radiation treatment will be five days a week.

The Red Iron Motorcycle Club recognized the financial need of this family with extensive travel expenses going to Phoenix for extended periods of time.

With a mission statement to aid children in Mohave County that are sick with cancer, president Douglas “Bo” Bryson said, “We keep all of our money locally and the money that’s raised we take right to the door of the family instead of giving it to some organization where they syphon it through.”

RiverScene witnessed the donation when a $2,500 check was presented to the Fowlers Wednesday.

“It means a lot to know that people are rooting for me and all the support I get is important and it helps me,” Timori said. “I just say no matter what you’re going through, you just gotta keep fighting because it will get a lot better. You just gotta get through the rough patches and when you’re older, you’ll look back and be like, ‘I’m glad. I’m glad I fought.'” 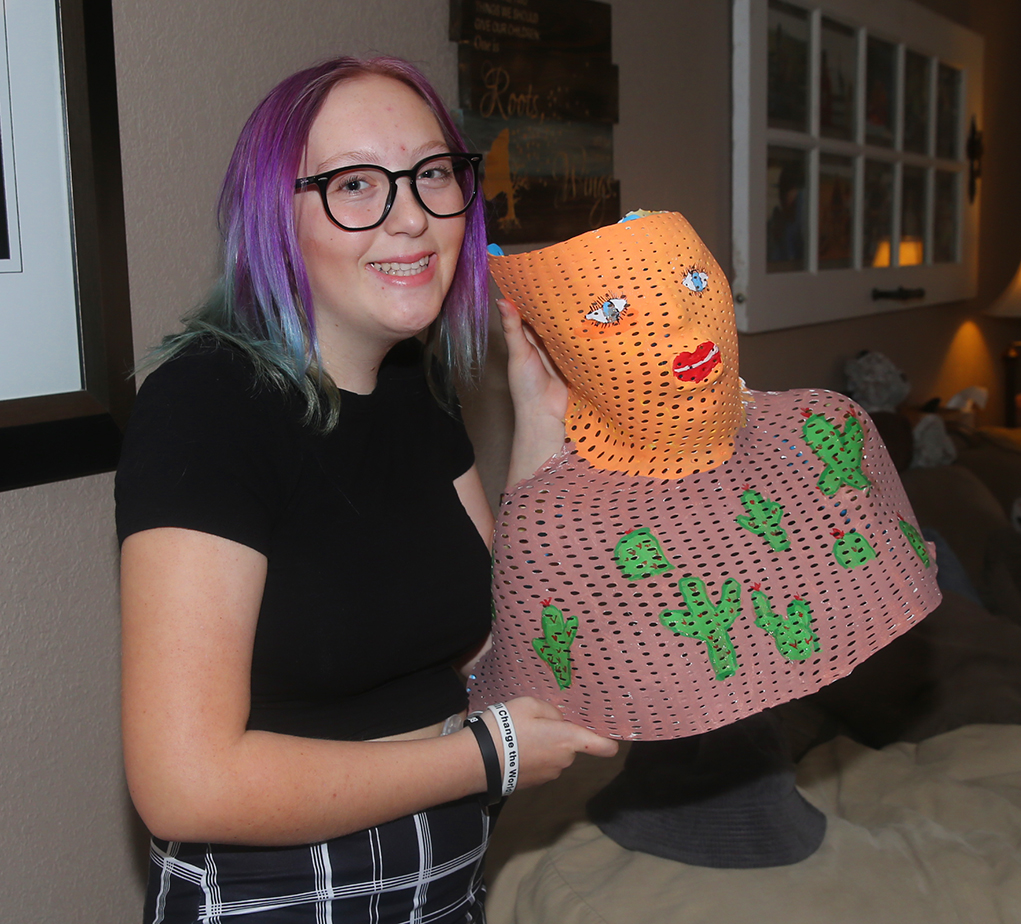 Timori Fowler poses with her radiation mask that she painted. Jillian Danielson/RiverScene