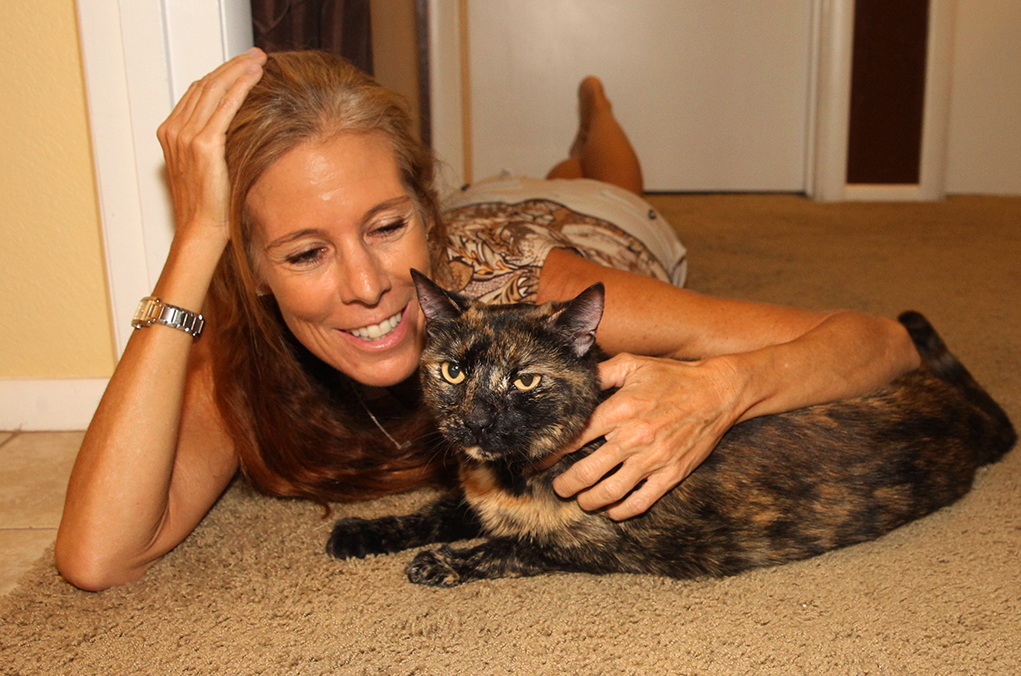 It was a day of celebration at the Western Arizona Humane Society Lake Havasu City facility Tuesday, as staff said farewell to a cat nicknamed “Lucky” who had been rescued from a sunken boat last month and finally had a place to call home, thanks to one local cat lover. 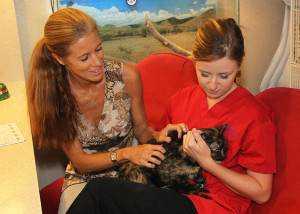 “We are always so happy when we see an animal get adopted and leave our facility,” said Patty Gillmore, Executive Director with The Western Arizona Humane Society, we always make sure to make a big deal and we always make a huge announcement about it.”

Bonnie Butterworth, of Lake Havasu City, has two rescue cats of her own, and when she heard about Lucky, she knew she had to adopt her. 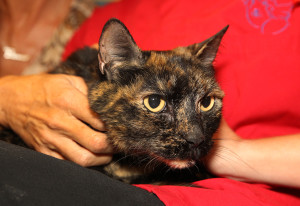 “I’ve been rescuing cats since I was a little girl. I knew right away this cat was going to need special care and rehabilitation,” said Butterworth.

“In cases like these, you just don’t know how they will try to adapt again into the world.”

Lucky was rescued late July from a sunken boat in the waters of Lake Havasu. When rescue teams recovered the vessel, the cat was found in a ski Locker which many boats use to store ski equipment and gear.

“When the boat was pulled up, we opened the ski locker door and out jumped the cat,” said Jim Xavier, who owns Chong Marine, and was involved in the rescue. 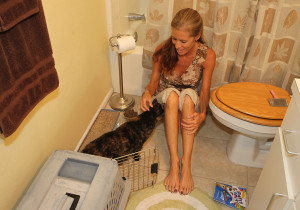 Bonnie opens the cage in the bathroom for “Chloe” to get used to her home with two other cats. “Chloe” instantly cozied up to Bonnie and ventured throughout the home within minutes. Jillian Danielson/RiverScene

The cat had been trapped inside for two hours, one hour under water and another hour as it was being pulled back up to the surface. And no one knew that a cat was on the boat.

Animal control later transported Lucky to the Humane Society in Lake Havasu City where she received care and vaccinations before she could be adopted.

“Lucky is still a little bit shaken and nervous after her ordeal,” said Gillmore. 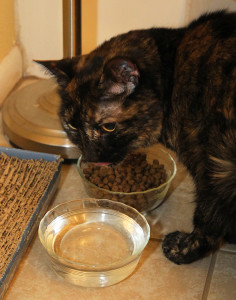 Lucky, now named Chloe eats her food right away after being let out into her new home. Jillian Danielson/RiverScene

“We are just thrilled she will be going home with Bonnie. She’s been through so much and we have no doubt she will be in great hands with Ms. Butterworth.”

Not only did Lucky get a new forever home, she has a new name. She is now “Chloe Sinker Butterworth.”

For more information on the Western Arizona Humane Society, visit www.westernarizonahumane.org, or call 928-855-5083.

5 Responses to “Rescued Cat from Sunken Boat Gets Forever Home”