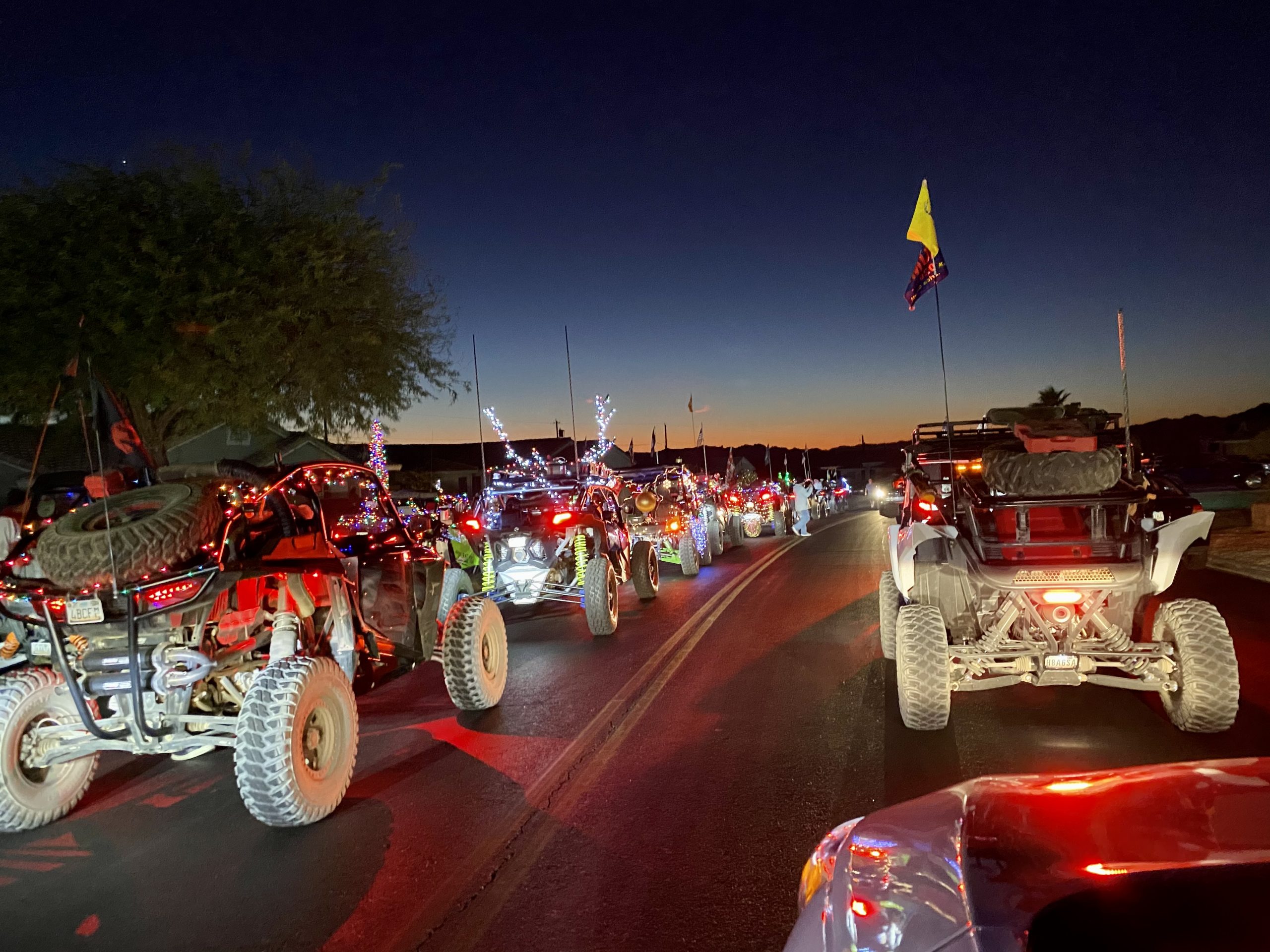 ‘Tis the season for joy in Lake Havasu City, even if Santa’s helpers had to get creative this year to spread their Christmas cheer. One wonderful example of this is Ride Havasu’s 2nd Annual SxS for Seniors, which took place Dec. 19. More than 500 donated gifts were wrapped and brought to senior living facilities in town, in festive fashion.

“We do our best to make the side by sides look like sleighs wrapped in holiday cheer,” said Rachael Atkinson, whose mother inspired the charity event, “That way, when we drop off gifts, all the seniors get to have Christmas magic brought to them. This was so important even prior to COVID because a lot are homebound and can’t get out to see lights and decorations.” 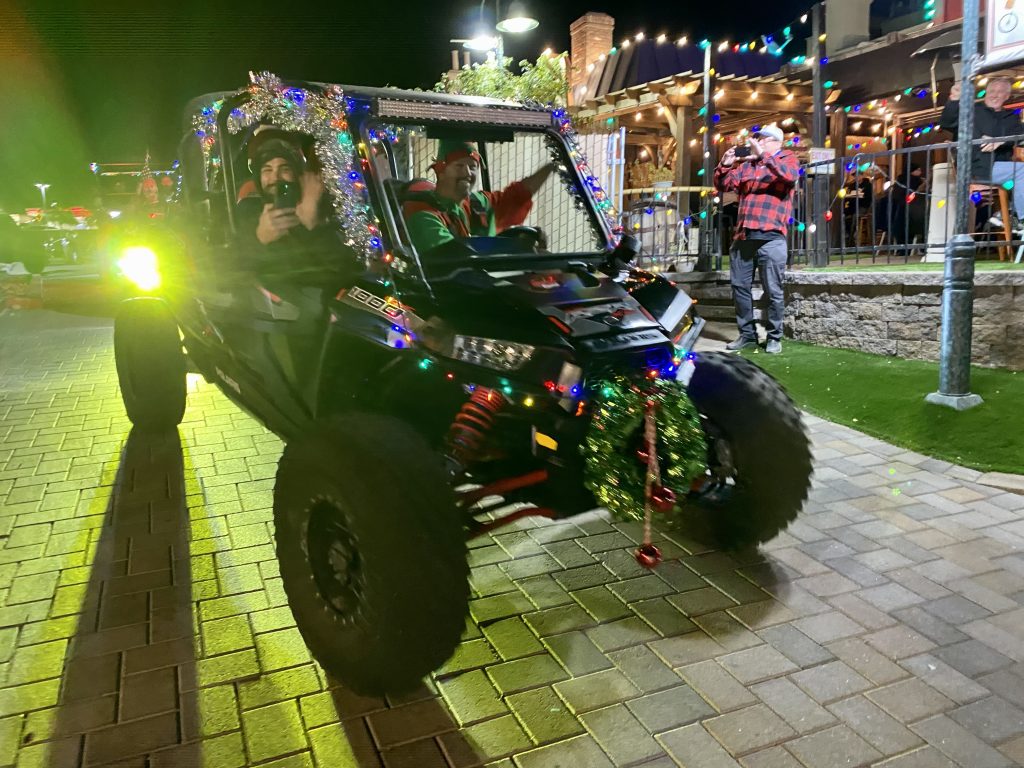 When Don Arnold, who runs the Ride Havasu side by side group, asked members what could be done to give back to the community, Atkinson had an idea.

“The story behind this run is close to my heart,” she said. “When my grandmother was a resident at Havasu Nursing Center, we would go and visit and in doing that, my family witnessed first hand lonely seniors that the world had just forgotten. My mom, Brenda Atkinson, always made 10 extra small gift bags to bring to the facilities for the holidays (blankets, socks and puzzle books). That way if someone didn’t have a gift, one would always be there. Last year was amazing and this year was five times the size. We do this ride in honor of my grandparents, Papa Joe and Grandma Eunie.” 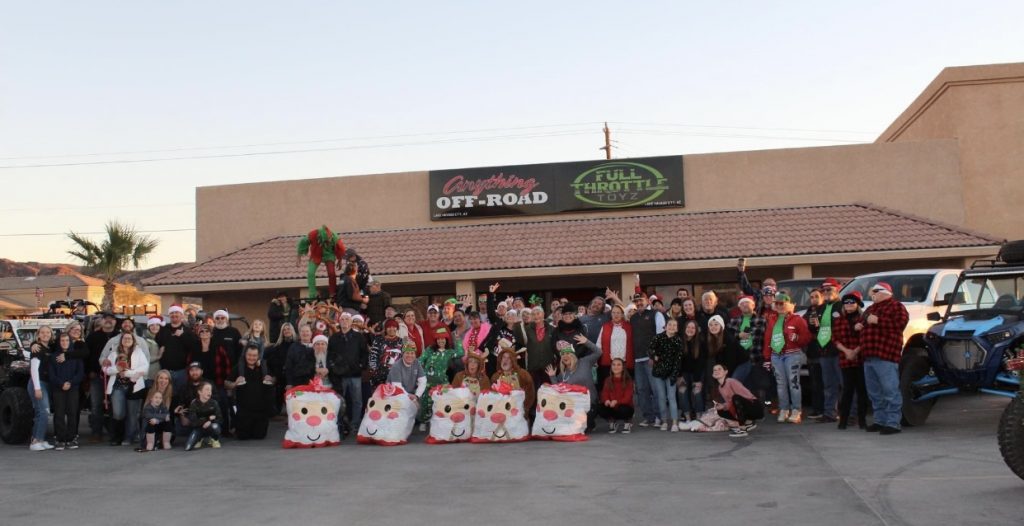 Facilities That Were Benefited

Atkinson said, “Dallas Finch and Harriet Mclearen hosted the group at Blue Chair and Burgers By The Bridge. This year, Harriet had the kids in the group pick a first-, second- and third-place for best decorated ride and gave away great gift baskets. So fun! Chris Griener and Full Throttle Toys donated three raffles prizes for the group to thank them for all their hard work helping others!”

Atkinson added, “It’s what the world needs right now and always, spreading love! None of this would be possible without the help and support of the entire Ride Havasu community!” 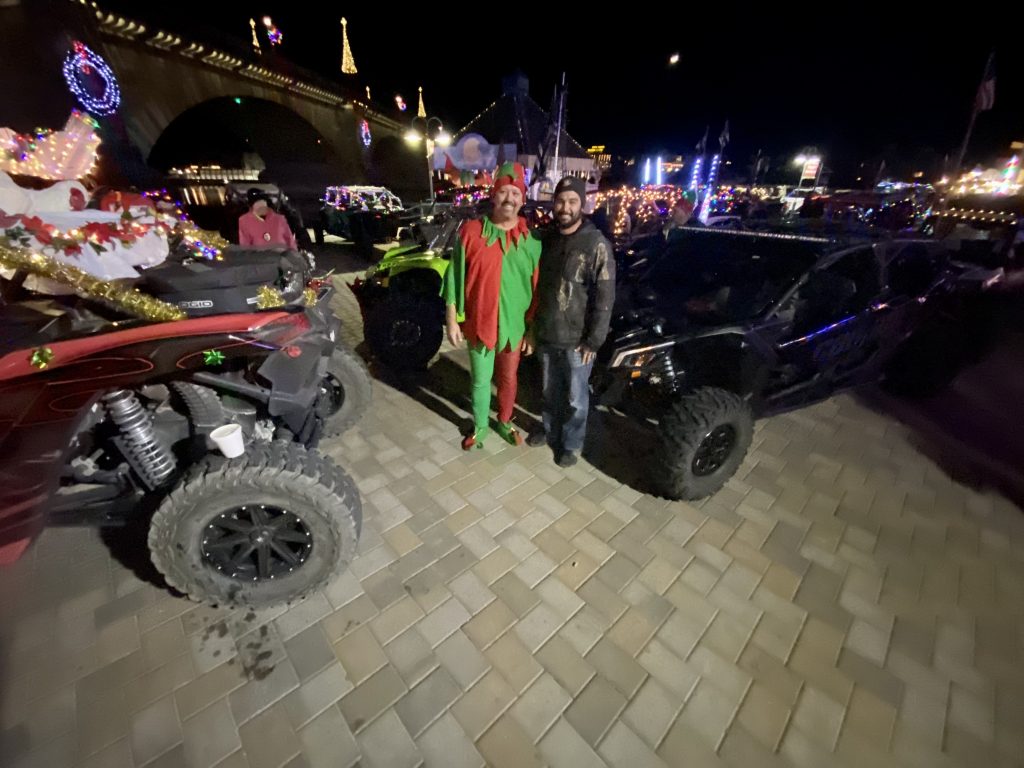 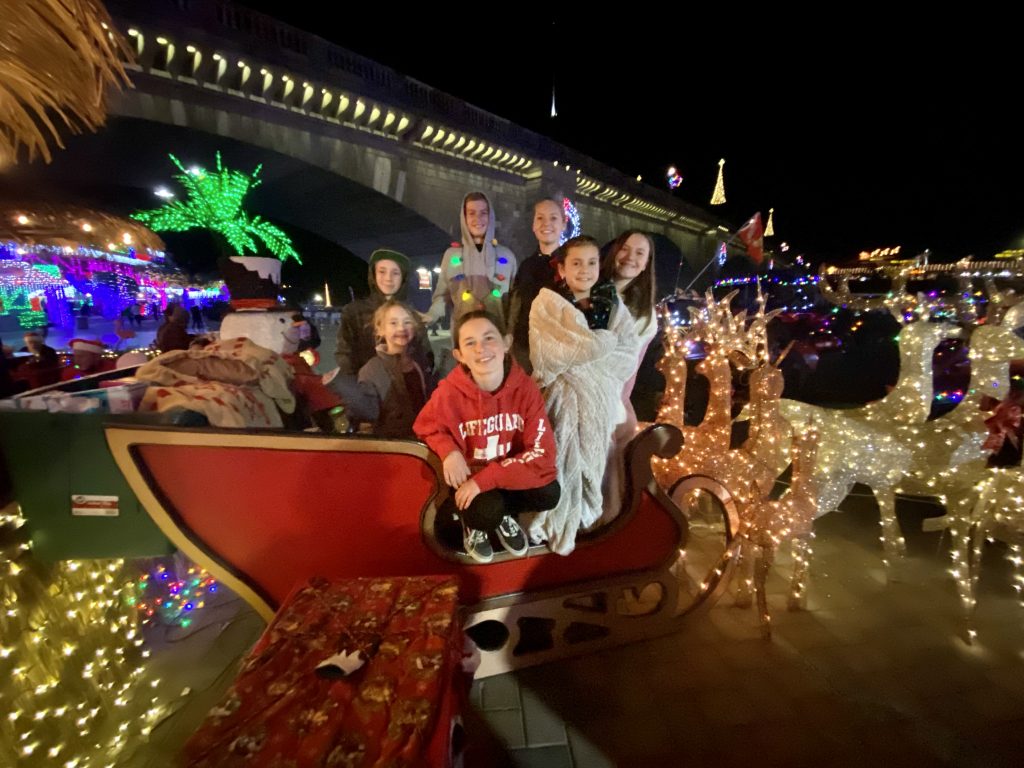 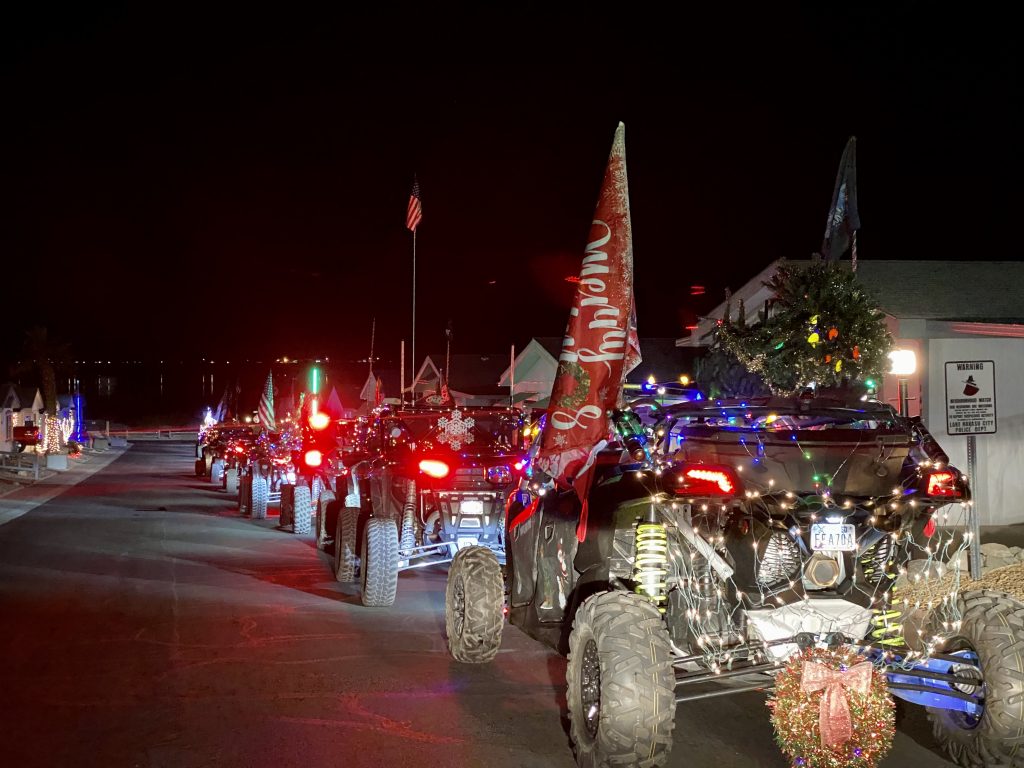