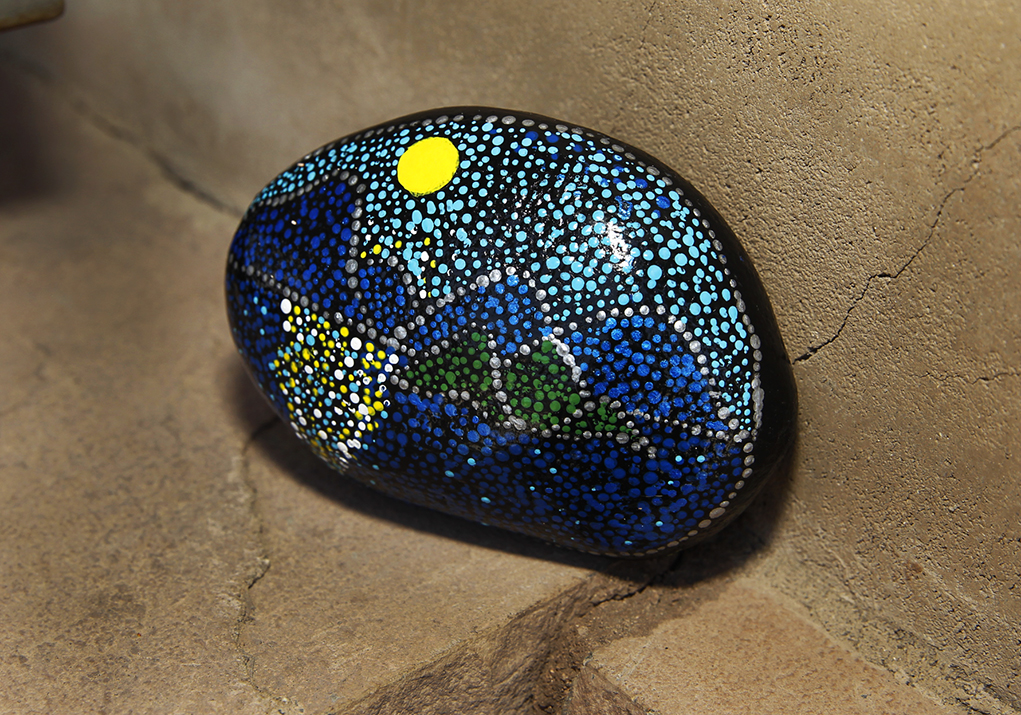 Rocks have become a hobby for many around Lake Havasu. But not just regular rocks, painted rocks that are then hidden around town.

The rocks are painted by individuals and have been hidden around in various places. Anyone can do it and rocks are being hidden everywhere including parks and outside of stores. 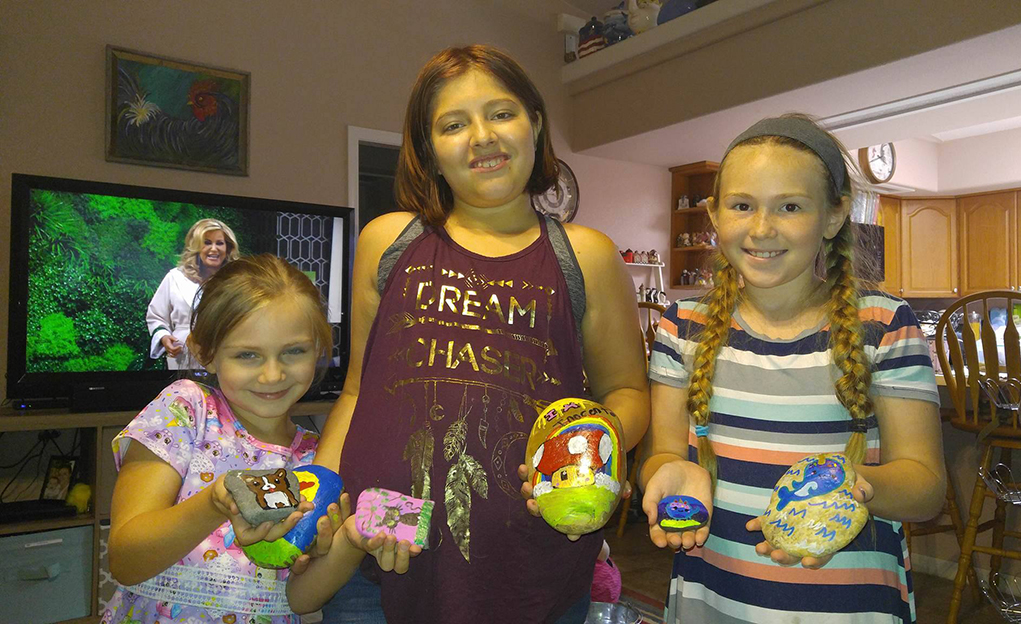 Jovi Elsey, 12, paints rocks with her mother, “A rock a day keeps the sadness away. I love knowing someone will smile when they find a rock or laugh at a one of the cute sayings I write on them,” Elsey said.

For Stephanie Lane, painting rocks is a hobby. “You’re not expecting to see the rock but it brightens your day,” Lane said. Her love for rock painting was revealed when she found a rock herself. 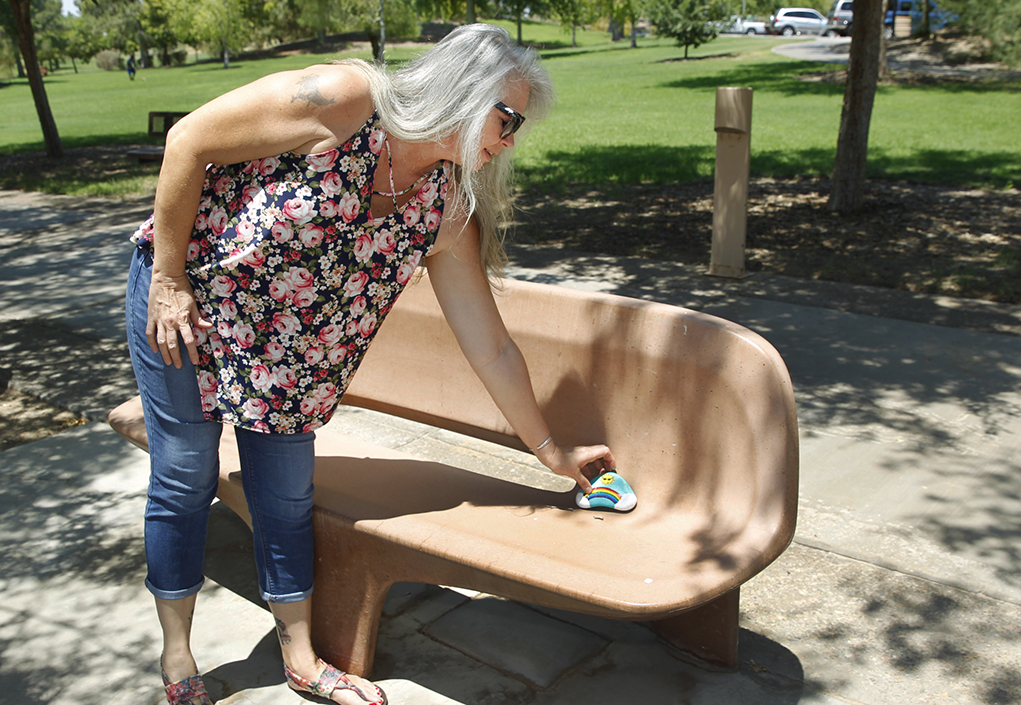 Stephanie Lane sets a rock on a bench for someone to find at Rotary Park. Jillian Danielson/RiverScene

Lane was inspired to hide rocks by a rock club that she discovered in Ohio. For the past year, Lane would paint rocks for a dry riverbed in her front yard and that has sprouted into a love for painting and hiding rocks for others to discover.

For an example of how these simple acts of kindness have spread, a tourist from New Zealand found a rock in Havasu that had been painted and hidden by Lane. The tourist took the rock back home and then took it to Australia so they could hide it there.

Rock hiding has became popular all over the country with people of all ages beginning to participate in the activity. 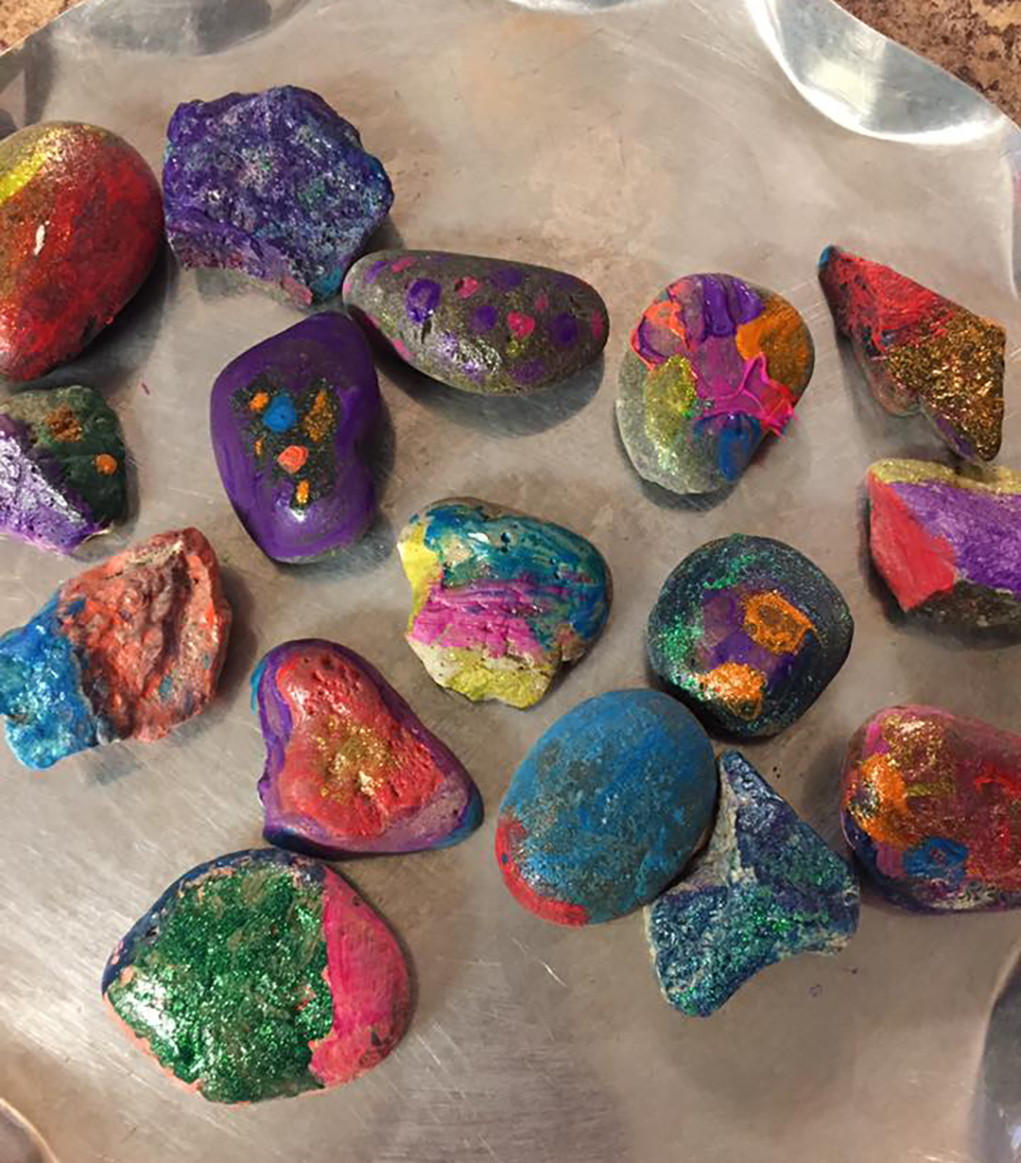 “The Kindness Rock Project” was created with the goal to spread inspiration and a moment of kindness for unsuspecting recipients through random and inspirational rocks.

If a rock is found, the person finding it is  encouraged to “pay it forward” by painting their own rock and hiding it.

To paint the rocks, one needs acrylic paint different sized paint brushes. Begin by washing the rock and letting it dry. Then cover the rock in mod podge glue, then paint and let dry. The final step is to put your hashtag or a label on the underside of their rocks that tell where they are from and spray a sealer to keep the paint from being washed away.

When you find a rock, Facebook rock painting groups suggest taking a photo of it before rehiding it and posting the photo to Facebook, Twitter and Instagram social media. Popular hashtags to add with the photo in the Lake Havasu area are #lakehavasucityrocks  and #lakehavasurocks. If you happen to find a RiverScene Magazine rock, you may add #riverscenemagazine or #riverscenemag as well. 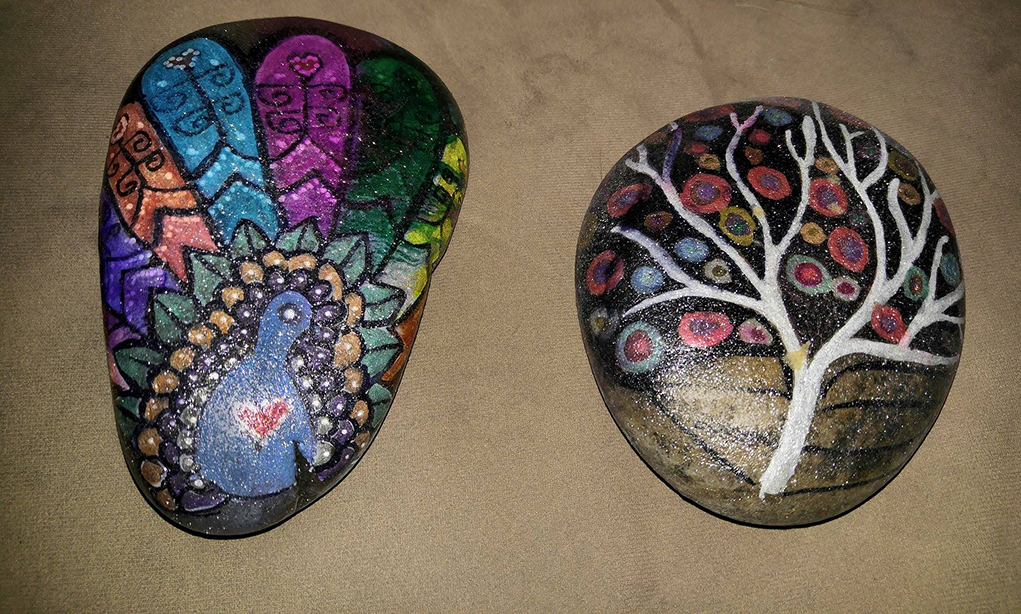 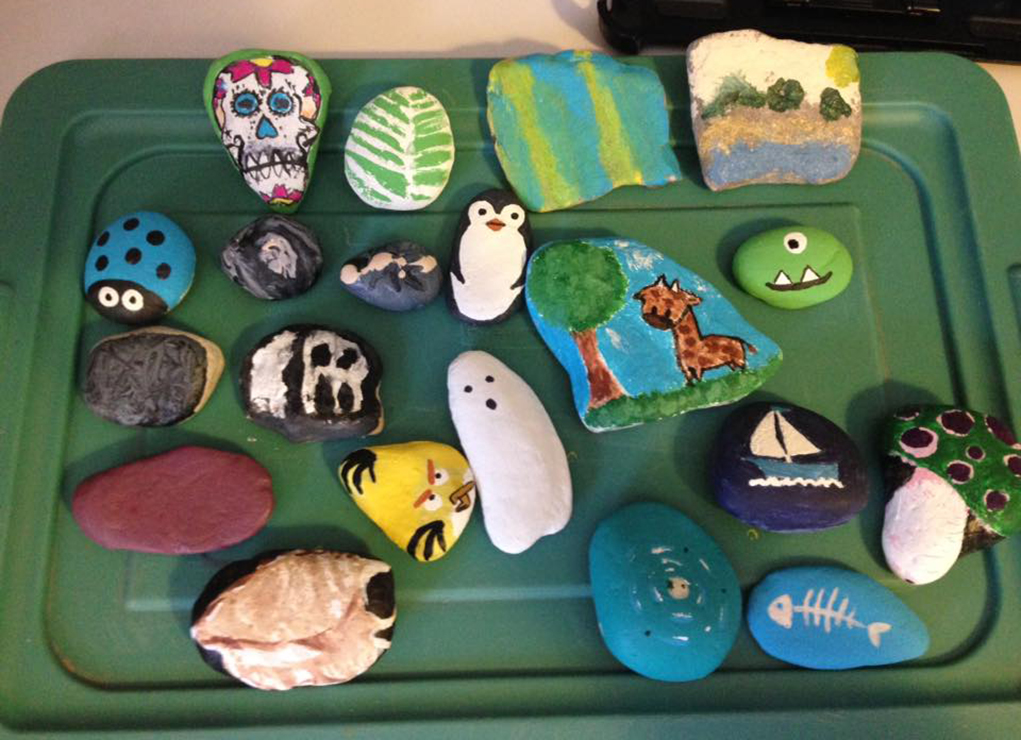