Rockabilly Reunion And The Man Behind The Mask 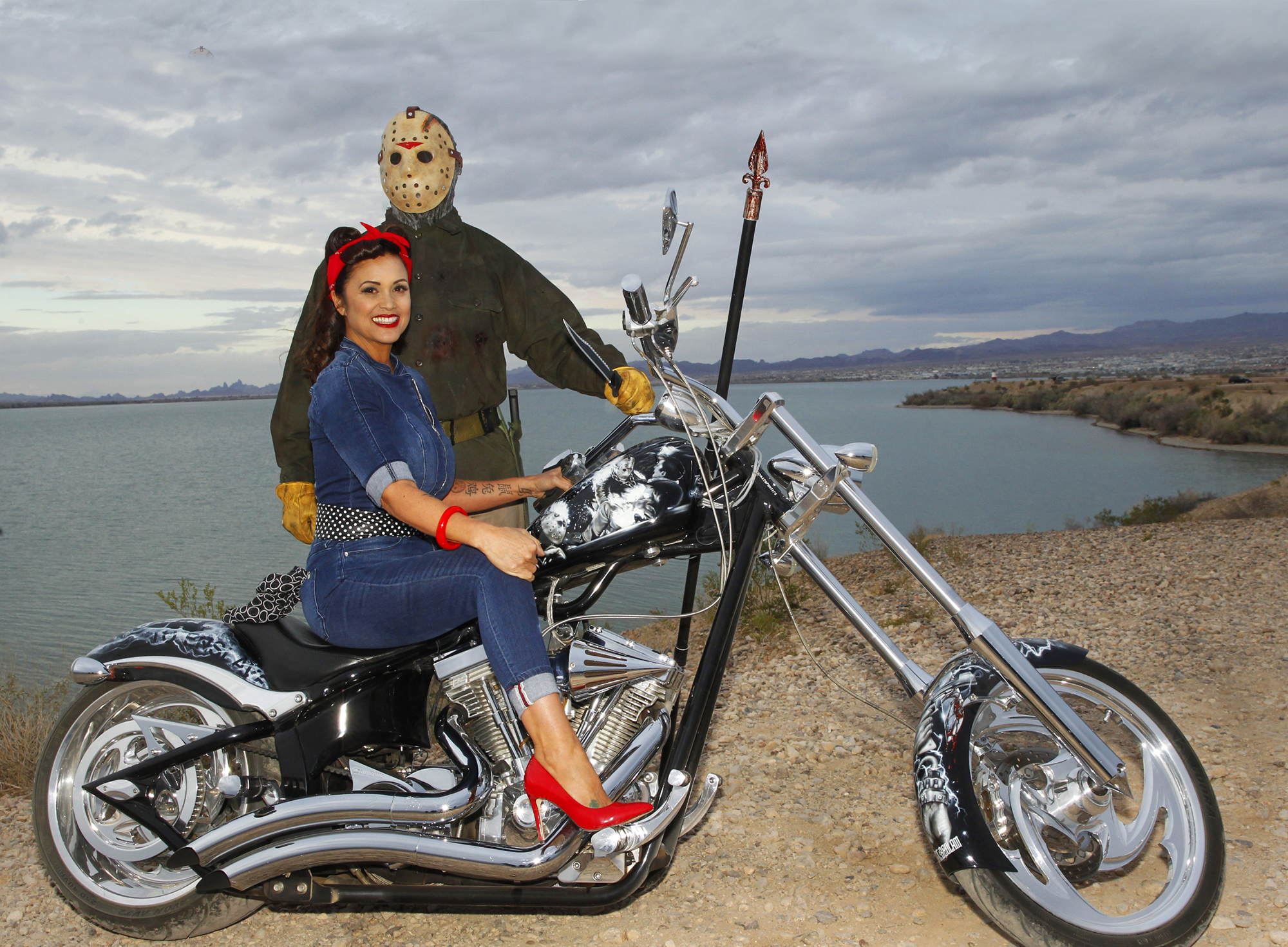 The 10th annual Rockabilly Reunion event will take place at Windsor Beach in Lake Havasu City this weekend, featuring all the familiar draws – the cars, the girls and the music. While many of the cars and motorcycles that have been entered are a returning cast of characters, there is one particular chopper bringing a new face to the event.

The bike is a 2007 Big Dog chopper, with movie scenes from “Highway to Hell” and “Jason Lives: Friday the 13th Part VI” airbrushed on the engine and fenders.

The man behind the mask is C.J. Graham. Literally.

Graham played Jason Voorhees in the 1986 horror flick “Jason Lives,” the sixth in the “Friday the 13th” franchise. Prior to that film he had no acting or stunt experience, and said his casting really came about by chance. 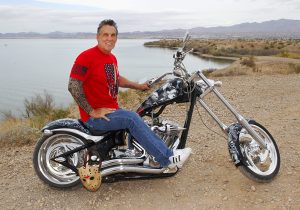 He originally moved to Los Angeles to look into working for the Los Angeles Police Department, but said he decided soon after arriving that wasn’t the line of work for him. He ended up in the nightclub industry instead, eventually landing a job at a private, members-only club to which many Hollywood elite belonged.

One night, prior to a hypnotist show at the club, the special effects company Reel EFX came in to do a photo shoot. The company had worked on several of the previous “Friday the 13th” films, and as part of the photoshoot needed a Jason to wear the iconic hockey mask. The 6-foot-3-inch, 240-pound Graham was asked to don the costume.

“Lo and behold, a few days later I got a call from Paramount,” Graham said.

He auditioned for the role, but the part originally went to Dan Bradley, who worked in the industry as a stuntman. However, after the first day of shooting, Paramount asked that the part be recast because the character wasn’t what they were looking for.

“On Friday I got a phone call … and on Monday I was on a plane to Georgia,” Graham said. The movie was filmed in Covington, Ga.

What followed was 40 days of makeup, acting and stunts; all a completely new world for Graham.

“I’d only seen maybe one or two of the [‘Friday the 13th’] movies at that time,” Graham said. “But [director] Tom McLoughlin really gave me the opportunity to create Jason … I wanted some intelligence behind the mask.”

In addition to the acting, much of the film required stunt work. Graham did not have a stunt double; he performed all the stunts in the film. When asked if he had been nervous about the stunt work, he laughed.

“Well when you’re in your mid-20s you think you can do anything,” Graham said. “[Stunt coordinator] Michael Nomad walked me through everything. It was fun.” 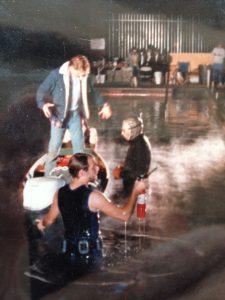 Graham described various stunts from the movie – breaking through a door, being “shot,” which involved a cable, and being set on fire – but said the most challenging stunts were the ones filmed underwater.

“It was a real chain, and I was really 20 feet underwater,” Graham said.

Even without prior experience, Graham did not sustain any injuries during filming.

“I was surrounded by a great group of people,” Graham said. “I was very proud to be part of that.”

As part of his Jason character, Graham also had the opportunity to meet and work with Alice Cooper, who released “He’s Back (The Man Behind the Mask)” as the lead single off his 1986 “Constrictor” album and the theme song for the film. Graham resumed his role as Jason in the music video for the song.

“My first concert in 1972 was Alice Cooper, so to get to work with him years later was really cool,” Graham said.

After “Jason Lives,” Graham said he was issued a Screen Actors Guild card, got an agent and stayed in the industry for a while. He performed in numerous national commercial campaigns and was cast in one other major role as Sgt. Bedlam, Hellcop, in “Highway to Hell,” released in 1991. 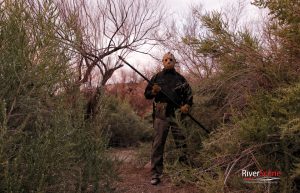 Graham said that because of his size, he just didn’t see himself becoming a principal actor and decided to head to Las Vegas and back into the nightclub industry. He worked in various clubs and casinos while in Las Vegas, then went on to be general manager at Thunder Valley Casino and Resort in Lincoln, Calif., and Agua Caliente Casino Resort Spa in Rancho Mirage, Calif.

He retired about a year ago and bought a ranch outside Kingman, where he resides with his wife, Ruby. He tours around the country, attending horror conventions, Comic-Cons and other events. His next official appearance will be at Monster-Mania in Cherry Hill, N.J., March 9 to 11.

“I appreciate the fan base, but it was so unexpected,” Graham said. “I’m overwhelmed, appreciatively, by the fans. Everybody knows the hockey mask. It’s an icon.” 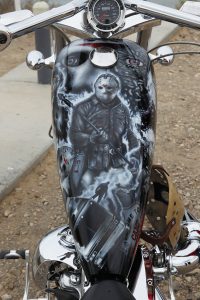 He said he decided to enter his bike into the Rockabilly Reunion show at Ruby’s urging and “for something to do … I’m really enjoying what I’m doing now, with the shows and talking to people … It’s time to give back a little bit.”

Rockabilly Reunion will be held at Windsor Beach from Friday, Feb. 16 through Sunday, Feb. 18. For a schedule of events and tickets, call 928-846-0335 or visit http://www.lakehavasurockabillyreunion.com.

“I’m looking forward to coming down and relaxing and just having fun,” Graham said. 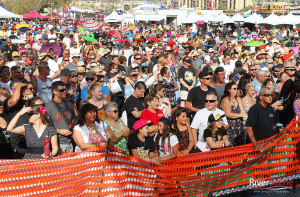 Rockabilly Reunion will be held this weekend in Lake Havasu. Jillian Danielson