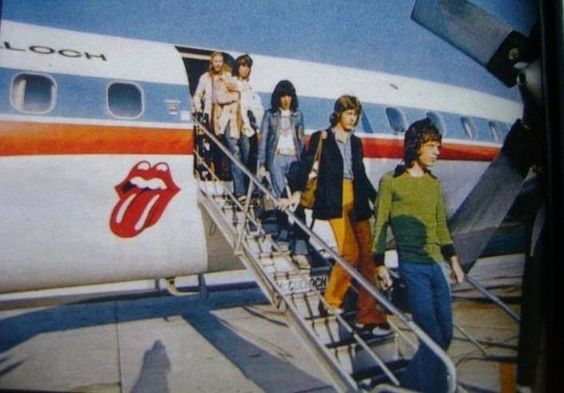 There are bands and then there are bands. But there’s only one band that’s been going strong for 60 years – the Rolling Stones.

A new rockumentary “My Life As A Rolling Stone” features each band member in an episode, beginning with front man Mick Jagger in Episode 1.

At roughly the same time the Rolling Stones were building their brand with the giant tongue logo, Robert P. McCulloch was building a city in the desert.

In the process of creating Lake Havasu City, McCulloch owned and operated a fleet of airplanes known as McCulloch International Airlines. The planes were mostly used to bring prospective land/homeowners and McCulloch employees to the warm Lake Havasu paradise from the Midwest and East during the freezing winter season.

But it turns out McCulloch chartered some of his planes to touring artists.

As the story of building the band is told, a Lake Havasu City aficionado might just notice something pretty interesting. The iconic tongue logo is designed and literally slapped on everything Rolling Stones. When the group brings its tour to the United States, naturally the giant tongue is slapped on its chartered airplane but look close and notice the plane has another identifier – McCulloch Airlines. 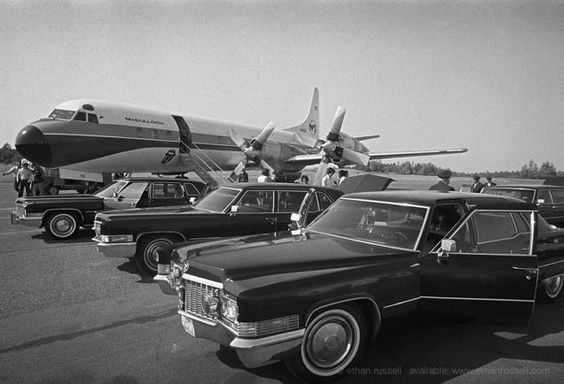 Kerry Roach, Robert McCulloch Jr.’s stepdaughter, said the only other band she had heard to have chartered one of the McCulloch planes was Led Zeppelin.  According to Roach, the planes McCulloch chartered were Lockheed Electras.

She said the planes were also used to fly friends and family in for private parties and celebrations.

McCulloch International Airlines ceased to exist in 1977 when R.P. McCulloch passed away. 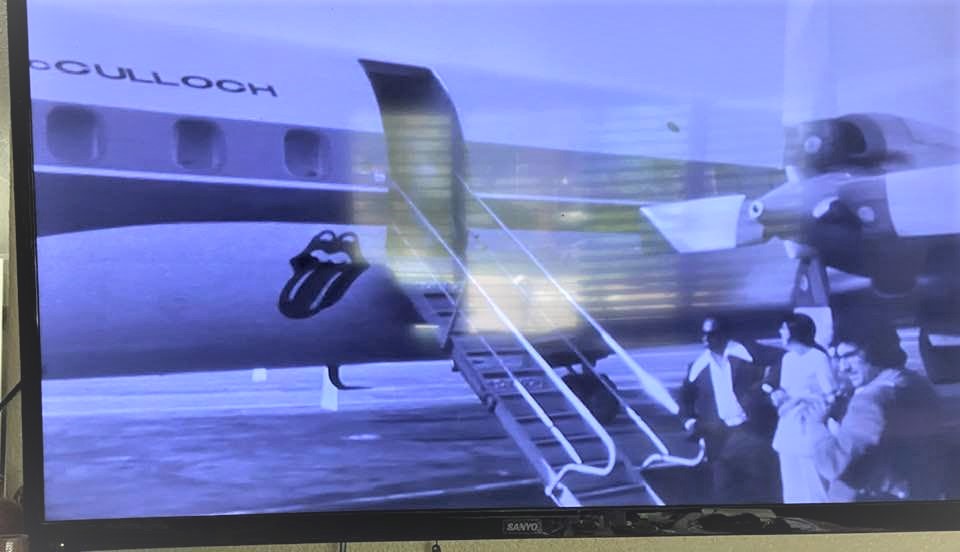 Screen Shot from Rockumentary “My Life As A Rolling Stone.”