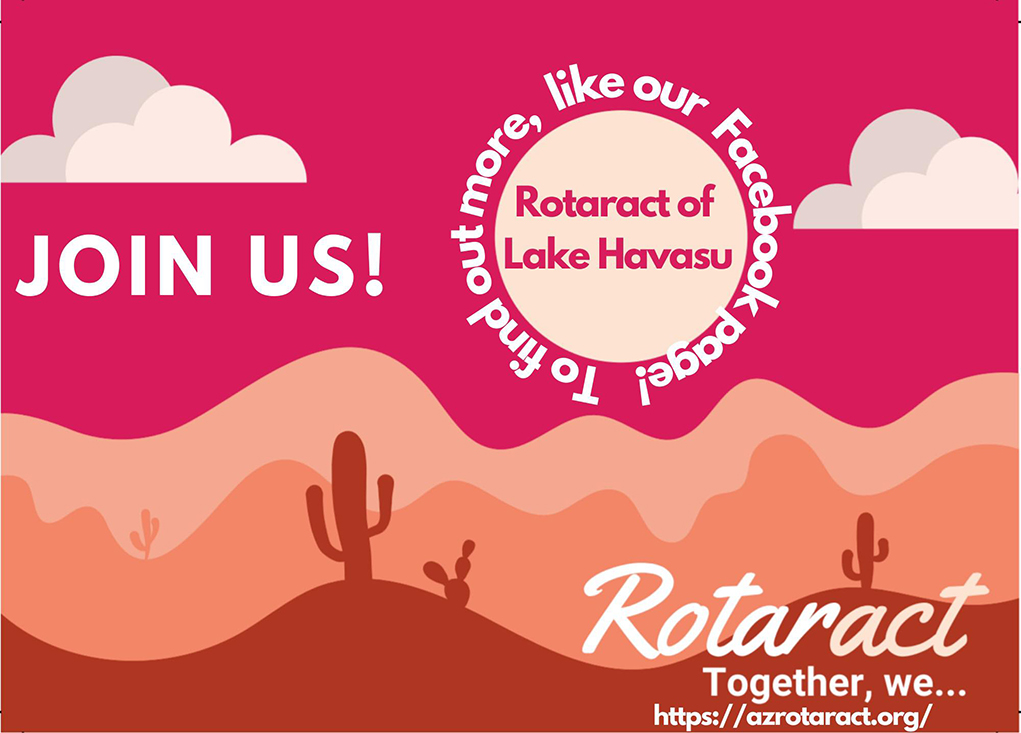 “Service before self” is what one often hears about when they think of Rotary Clubs.

“As a middle school club advisor, I took  my students to a conference in Phoenix, and there was a Rotaract state representative there. After speaking with her, I knew this was something I wanted to bring to  Havasu,” said Rotaract President and School Teacher Roger Viscaino.

Rotaract is an organization geared toward young adults ages 18 and up. It is also a program under the Rotary International Club and works under it’s guidance. Some students start at the Interact club level which is geared toward ages 12-18. After students graduate high school, it often leaves a gap between Interact and Rotary club. Viscaino felt there needed a Rotaract club to address that need and took steps to establish one this past May.

“There are so many young adults in our community and I really want to do more for them,” added Viscaino. 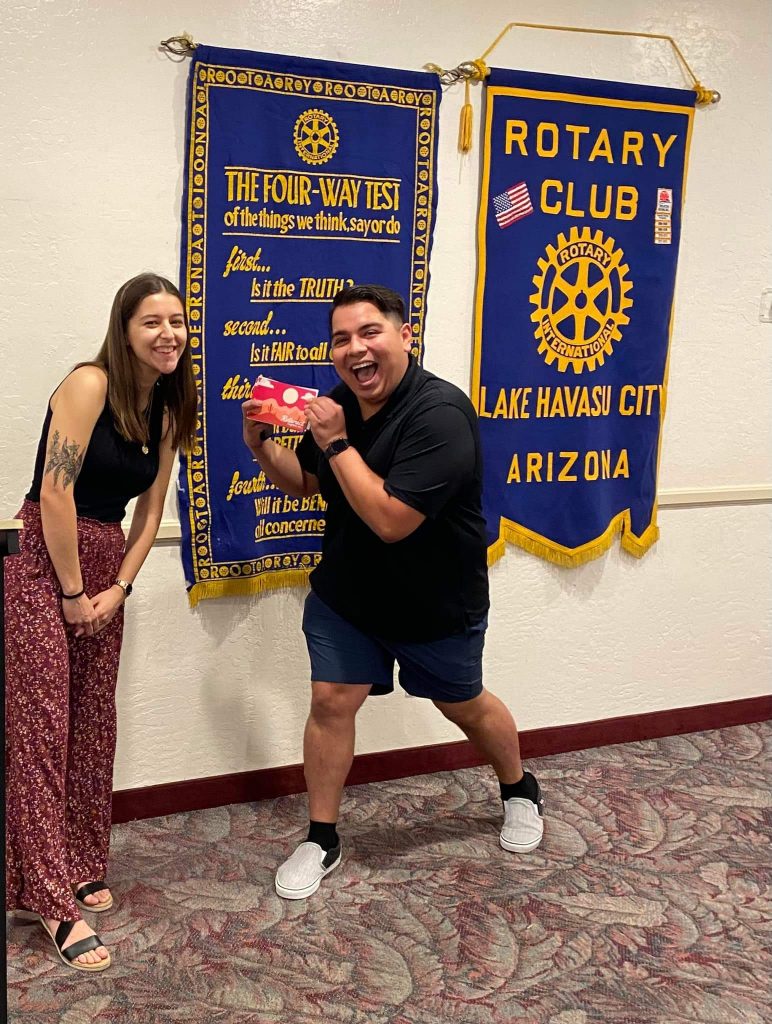 Rotary International is a service club for men and women who work on world issues that help better our world and communities according to the organization’s website. Similar to Rotary Club, Rotaract follows the same principals and focuses on community and world issues. The name Rotaract stems from the words Rotary and action and it is often the next step to becoming a Rotarian or Rotary club member, according to Viscaino.

“There’s two types of Rotaract clubs, there’s a community based club, and there is a college-based club which focuses on things that can be done campuswide,” said Viscaino. ” Our focus is community-based, similar to Rotary club.”

According to Rotary International’s website, there are over 10,000 active Rotaract Clubs in communities around the world. Youth programs within Rotary help younger individuals build leadership skills and learn the value of serving their communities which promotes better leaders.

“My goal is to really work with the other Rotary clubs in town and do more,” said Viscaino. “There’s so much more to do in our community,” he adds.

Viscaino also plans to reach out to the two local colleges in Lake Havasu and continue to work with the Rotary Clubs as well.

The Rotaract club will focus on leadership and community service for young adults after graduating high school. The club also plans to host an open house in the upcoming weeks.

For those interested in learning more about Rotaract, please visit the Rotaract of Lake Havasu Facebook page or email President Roger Viscaino at roger.viscaino.rv@gmail.com. 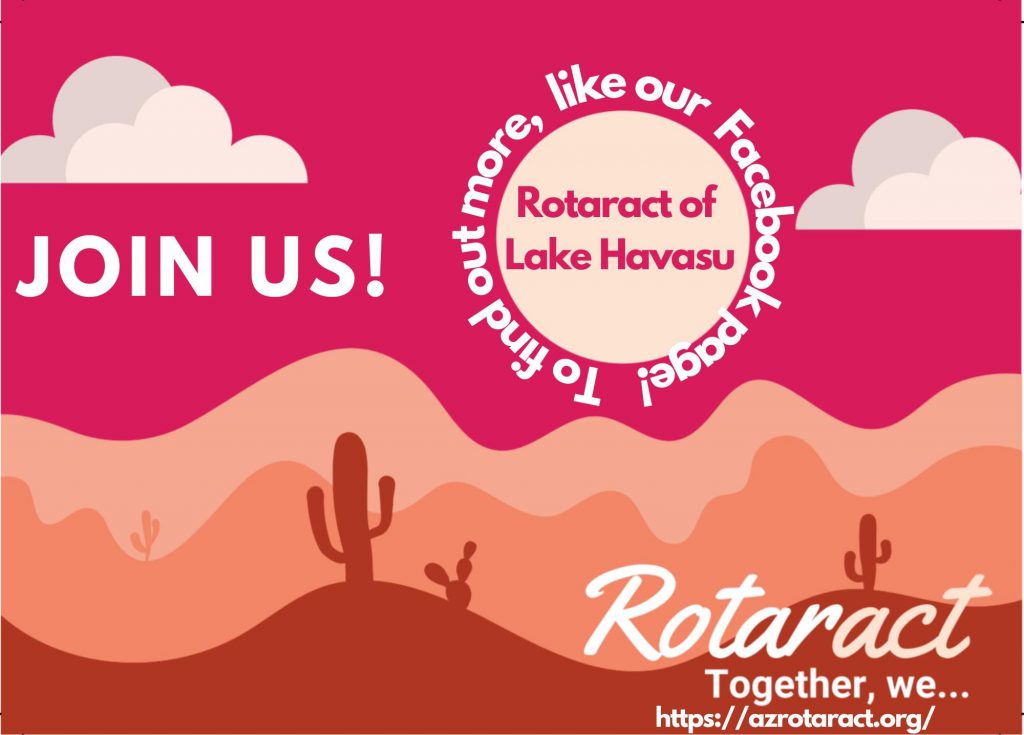