Run For the Wall Arrives Wednesday 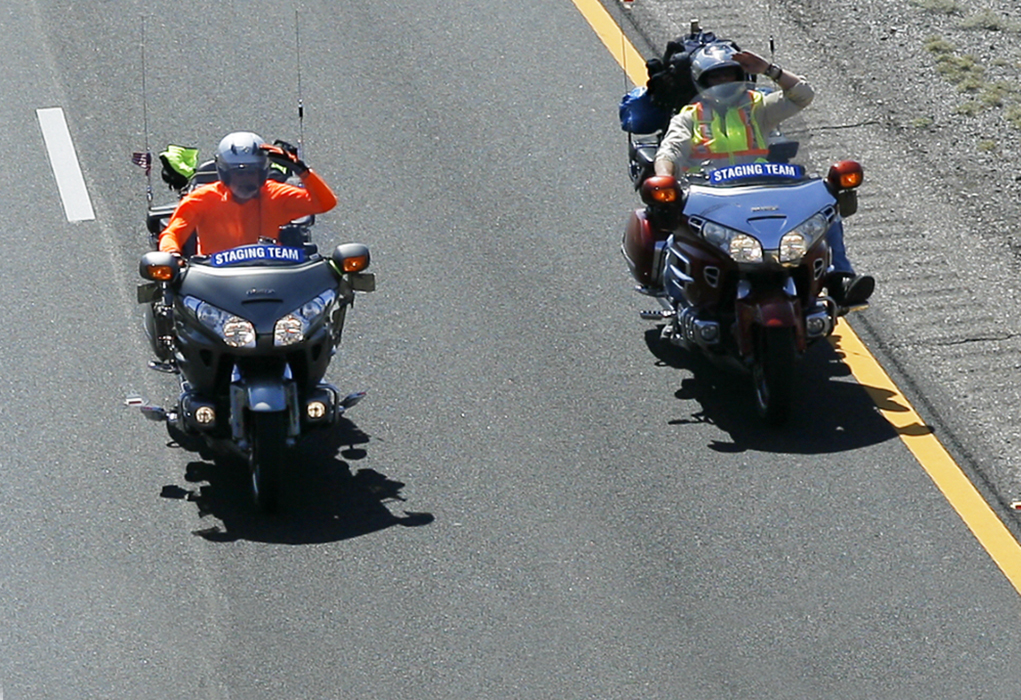 Every year before Memorial Day thousands of veterans ride motorcycles from all parts of America to Washington, D.C., on an annual journey to the Vietnam Veterans Memorial Wall.

This year, the RFTW Midway Route will stop at the I-40 Exit 9 about 11:55 a.m. to refuel at the Chevron station. The Central Route will pass Exit 9 at about 3 p.m., Wednesday. Those attending should plan to be on the overpass a little early and bring a flag.

RFTW was started in 1989 by two Vietnam veterans who decided it was time they visited The Wall, completed in 1984. They wanted to pay their respects to their fallen buddies, whose names were engraved on The Wall.

That first year, several hundred veterans joined them. Today RFTW has grown to three routes, with more than 1,000 motorcycles leaving from Ontario, Calif., 10 days before Memorial Day. Along the way, RFTW stops at VA hospitals to visit patients, at schools to talk to the children, and at war memorials. Thousands more join them as they cross the country, some riding the rest of the way to D.C., others for only a few days. RFTW arrives in Washington, D.C., with 1,200 to 1,500 motorcycles. On the Sunday before Memorial Day, they join Rolling Thunder for their annual demonstration of half a million or more motorcycles to bring awareness to the public of the many POWs and MIAs who have still not come home.

RFTW’s goal is the same: to raise awareness of, and to keep pressure on our government to continue searching for our POWs (Prisoners of War) and MIAs (Missing in Action) whose remains have not yet been brought home. 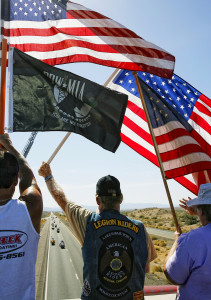 RFTW’s second goal is to provide healing to the many Vietnam and other veterans who returned from war with injuries and PTSD.

When RFTW comes past Lake Havasu, residents line the I-40 overpass from one end to the other to show their support of veterans.

Ken Hargrove, President of Run For The Wall, appreciates Havasu for its show of support.

“When we enter Arizona and approach Exit 9, we’ve already been riding almost all day and we’re beginning to get tired. But when we see everyone on the overpass at Havasu it’s so motivating and really boosts our morale,” Hargrove said. “Seeing people waving and holding flags is our inspiration — that’s when we know America supports its veterans.”