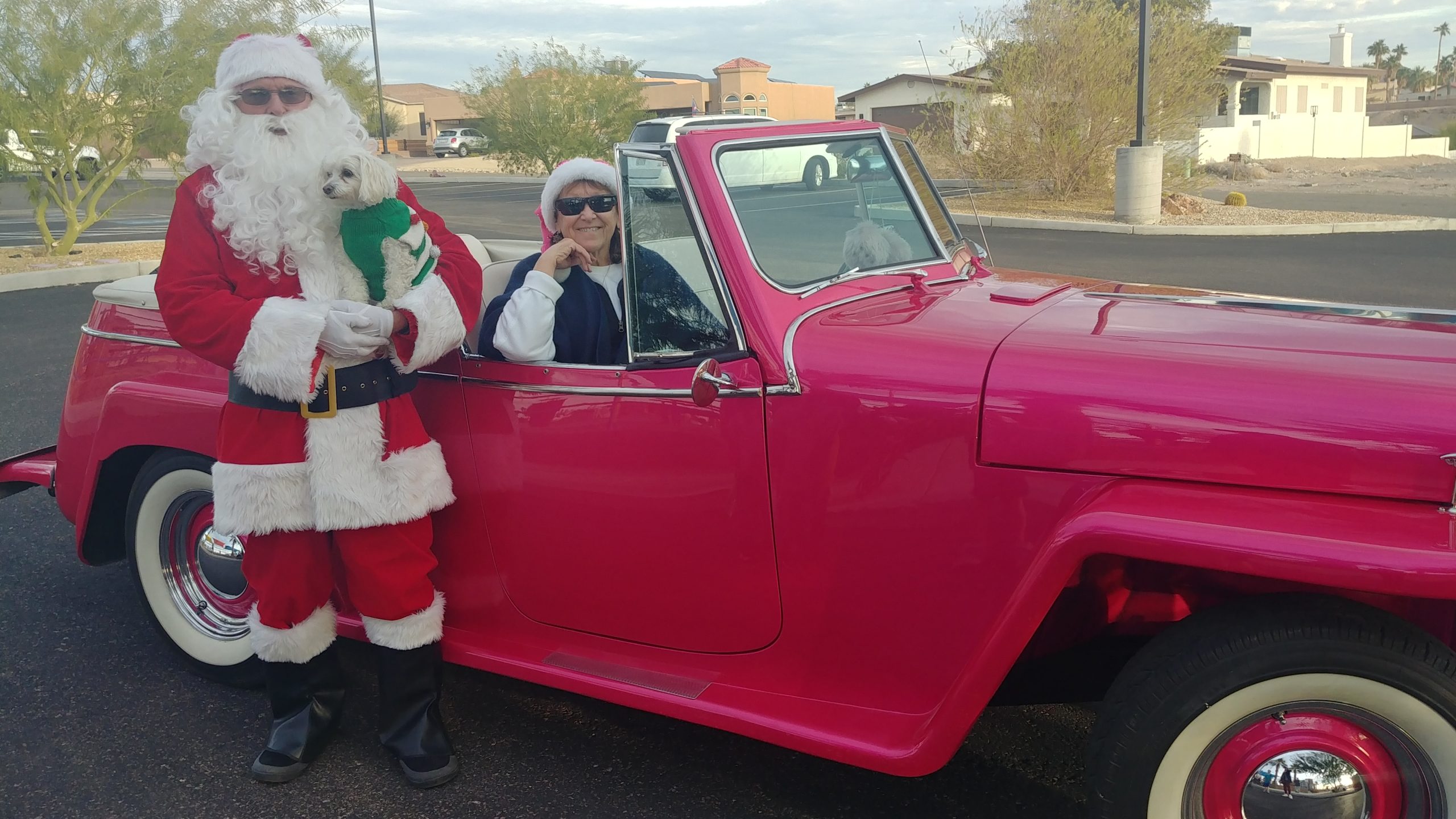 Some folks may have seen Santa under the London Bridge or on a motorcycle with the River Riders, or perhaps at a few shops here and there, but have they seen him and the Mrs, cruise around Lake Havasu City in a Willy’s 1948 pink Jeepster?

When Santa is not at the North Pole, he and the Mrs. often make their way from Green Bay, Wisc., and spend their winters in Lake Havasu City each year away from the cold winters there.

“We have been coming to Lake Havasu for many years now, we like to get away from the snow,” said Linda Woods – also known as Santa’s Mrs.

Some may have seen him cruising around Havasu doing some last minute shopping and relaxing right before a long night’s work delivering toys to all on Christmas Eve and Christmas morning.  Not only does he bring joy to children who spot him, but you often see adults smile at the sight of him cruising down in his Jeepster. 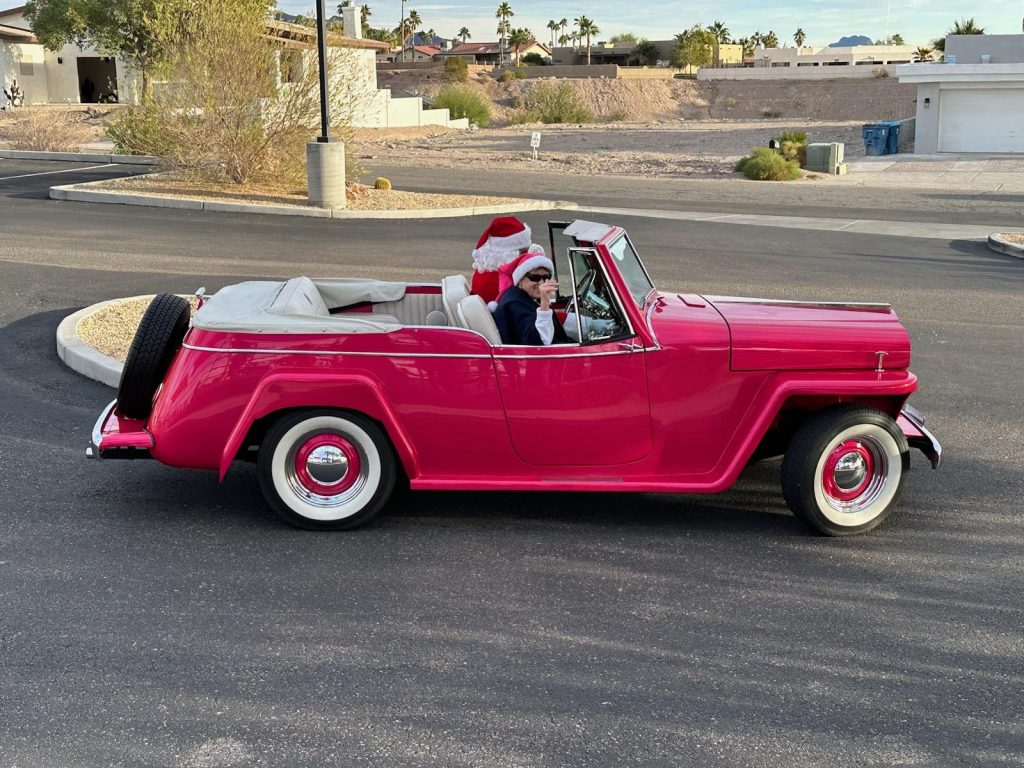 “Our favorite part is seeing the children’s reaction but believe it or not adults really enjoy it too,” adds Woods. 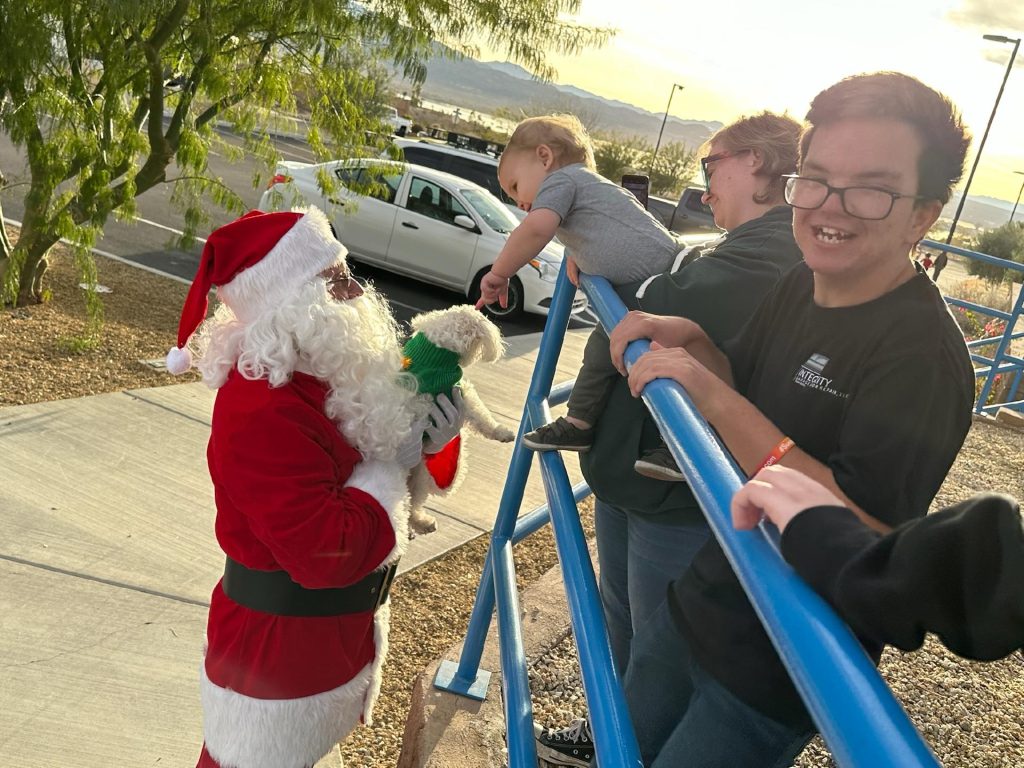 According to Netcarshow.com, Jeepsters were first produced from 1948 through 1950. After World War II, the Jeep first made an appearance as a military-type vehicle which was very limited to only a few. Jeep trademark owner Willy’s, soon began producing a civilian Jeepster.

As for Santa’s cool ride, it was first acquired in Ohio, and after the purchase Linda Woods got the vehicle fully restored in order to cruise and enjoy the ride like locals have been seeing them do each year. 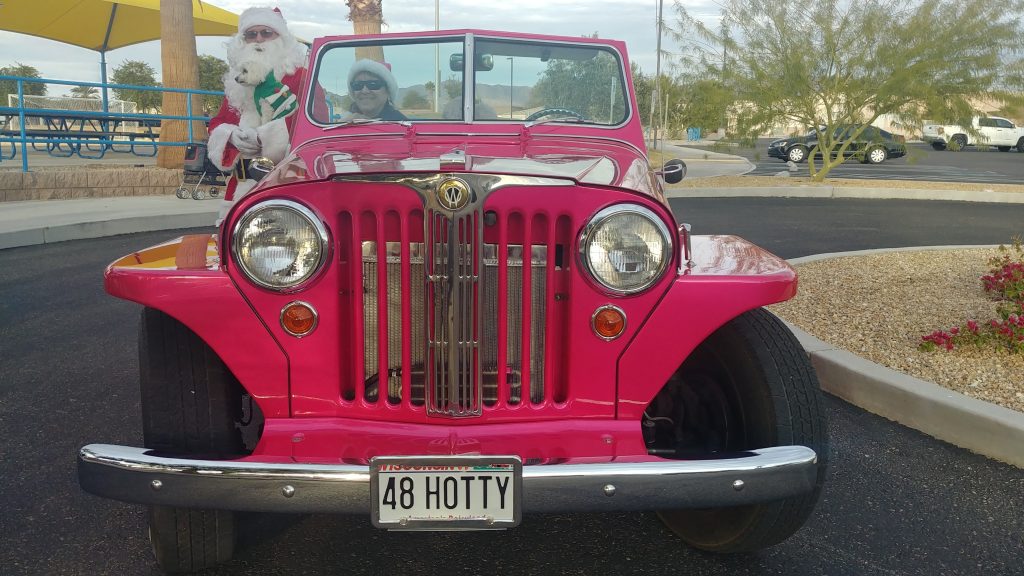 The Jeepster has a shiny pink smooth painted exterior with gorgeous white interior seats and trim.

“The restoration is about 20 years old now, and we don’t use it as much. We mainly store it in the garage most of the time,” Woods said.

When Santa is not in Lake  Havasu City,  and not quite at the North Pole, he spends some time in Green Bay, and  watches a few Packer football games here and there.

Next time folks see him cruising around Havasu in the pink Jeepster, they should wave or flash him a smile this holiday season.