Santas And Elves Paddle Through Channel To Celebrate The Season 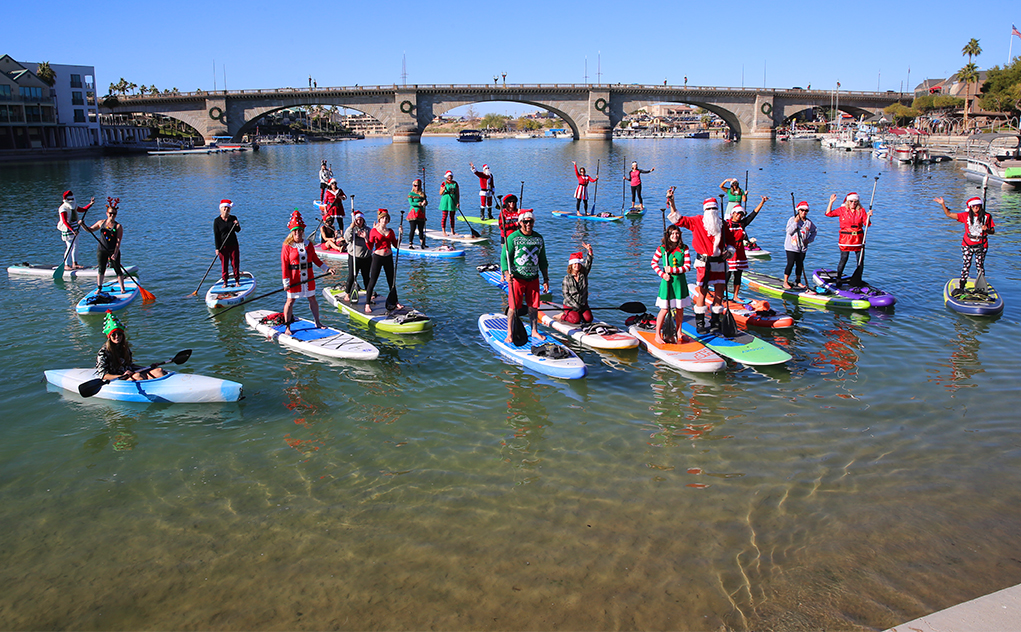 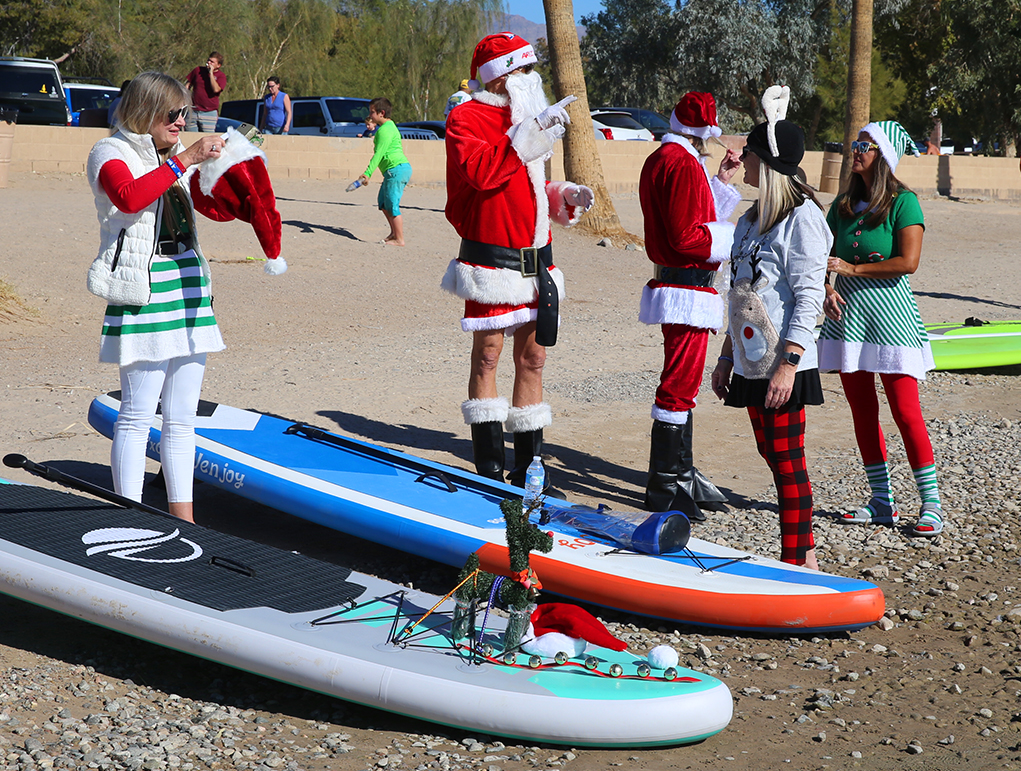 Participants dressed as Santas and Elves prepare to paddle through the Bridgewater Channel from Rotary Beach. Jillian Danielson/RiverScene 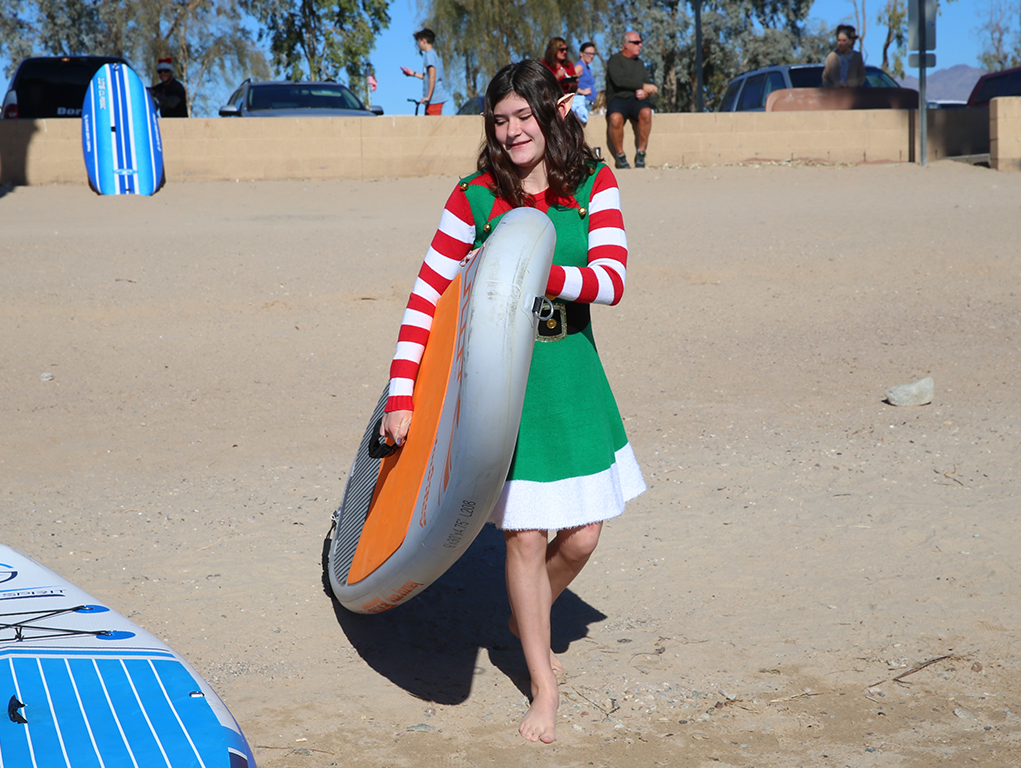 Hailey Terenti dressed as an Elf prepares for the Santa Paddle. Jillian Danielson/RiverScene

Santa Paddle participants pose for a group photo in front of the London Bridge. Jillian Danielson/RiverScene 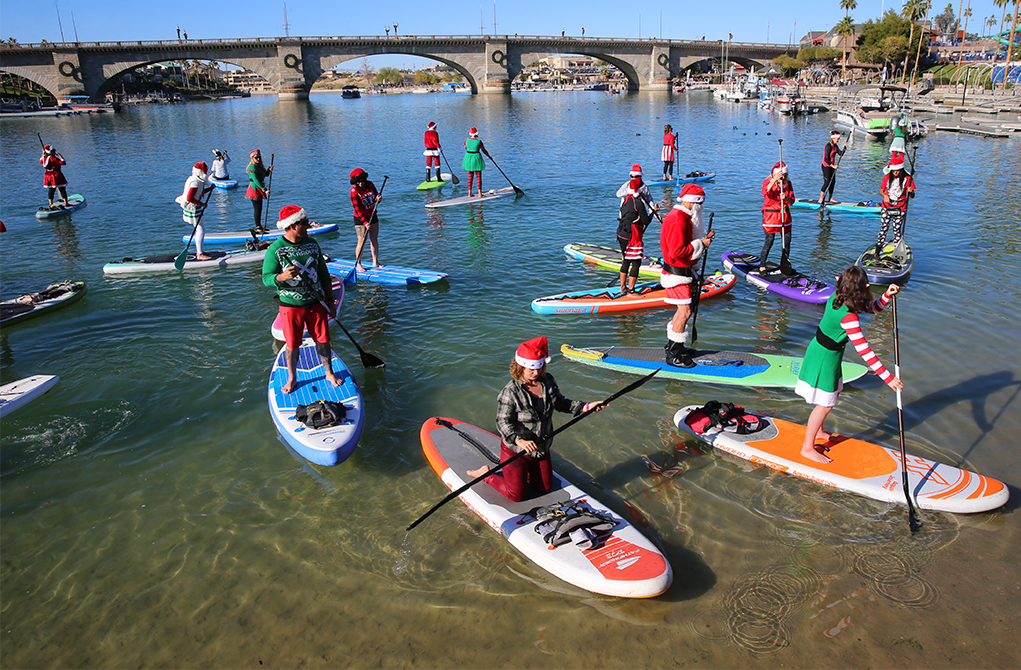 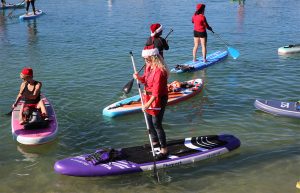