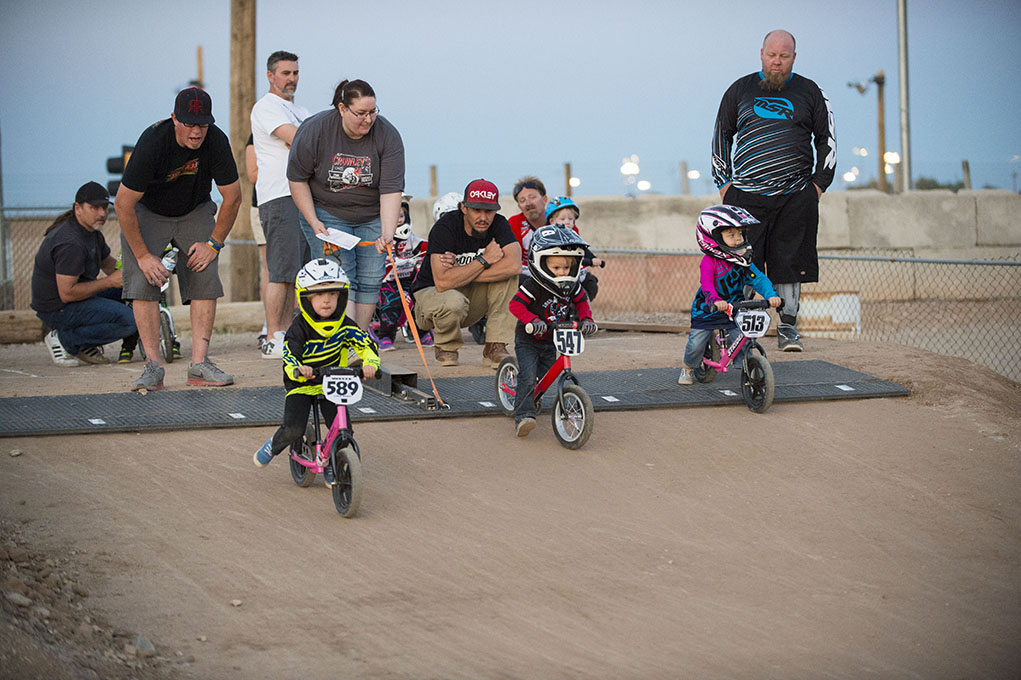 Tuesday night was the last night of racing at the Sara park BMX race track. After Tuesday, with the exception of the newly blacktopped turns, the track will then be demolished. The new track will be designed and built by Lance McGuire from Dirt Trenz, a sub contractor for USA Bmx who designs ABA tracks nationally.

According to Abbee Decol president of the league, there are currently ten BMX tracks in Arizona. Abbee said, “The reason for the track being redesigned and rebuilt was to make it more difficult, which in turn will help the racers be more competitive. Their current track is ‘too easy’ by race standards and when they travel to other tracks are at a disadvantage.”

Work on the track will begin Wednesday and start to finish is four days. Then on Monday April 20th, racers will return to the new track and take their first rides.

Tuesday, 53 racers of all ages with the youngest being just 1 year old, competed. The racers are part of teams and tonight there are 4 teams present. 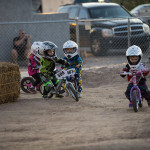 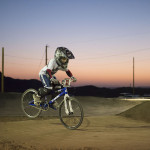 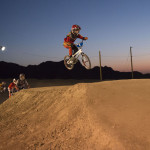