Lake Havasu City-area schools were treated to upgrades throughout the district provided by Serve our Schools projects that took place over the Fall Break.

With the help of parents, local churches, and community members who donated their time, Jamaica Elementary School was one of those campuses where several projects were completed.

According to Jamaica principal Andrea Helart, some of the projects included painting in the doors in the cafeteria, adding rock to the hill area at the back of the school, refreshing the mural in the kindergarten playground area adding an additional teeter-totter to their playground.

“We were also able to add two new sensory paths in both the kindergarten area, as well as the lower court for our students to use daily. This will serve not only as an additional play area, but it was designed for and will serve our students who receive occupational or physical therapy and are in need of sensory play to meet their needs,” Helart said in an email.

“We want to send a special thank you to Milemarkers and Mrs. Sondrol for helping us with the design. Thanks to the dedication of some amazing parents and community members in our community, it is now being used in multiple schools in the community. We at Jamaica Elementary are thankful for these projects and the support this community provides each year,” she said. 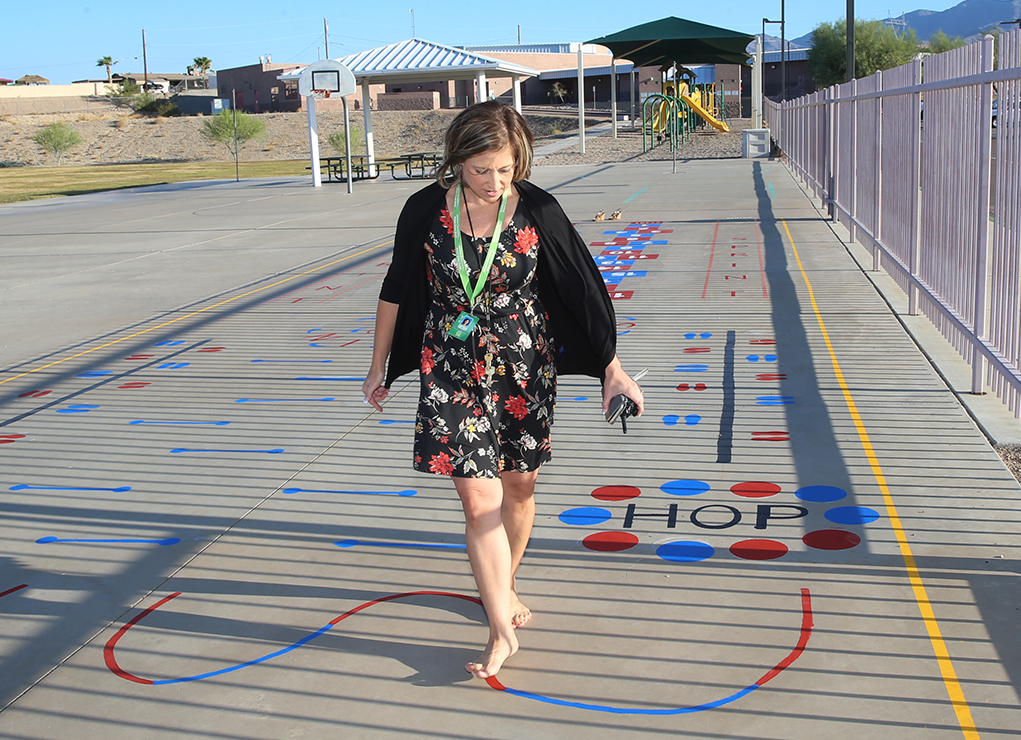