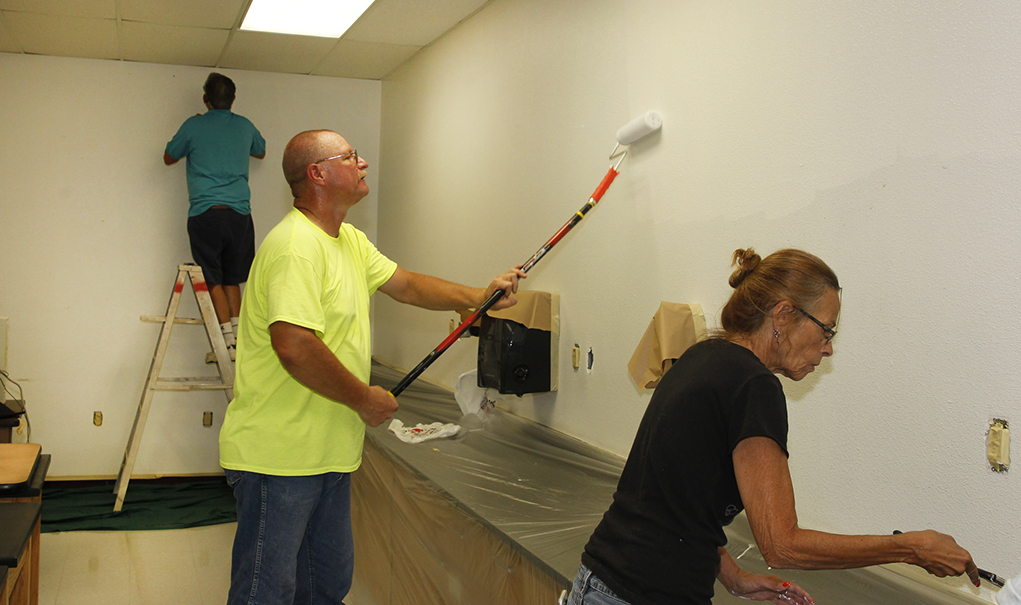 Volunteers gathered early Monday morning to begin work on Calvary Baptist’s two-week long service project of painting and refreshing Thunderbolt Middle School’s classrooms during summer break. The project will be ongoing from July 10 to 21, during the hours of 8 a.m.-3 p.m. This is an opportunity for the community to come together and pitch in for Lake Havasu City’s youth.

Preparing for an October service project focused on serving Lake Havasu City schools, Calvary learned that Thunderbolt Middle School needed its classrooms painted. The church then decided to get started on the large task immediately and bring out as many citizens as possible to help with the initiative. 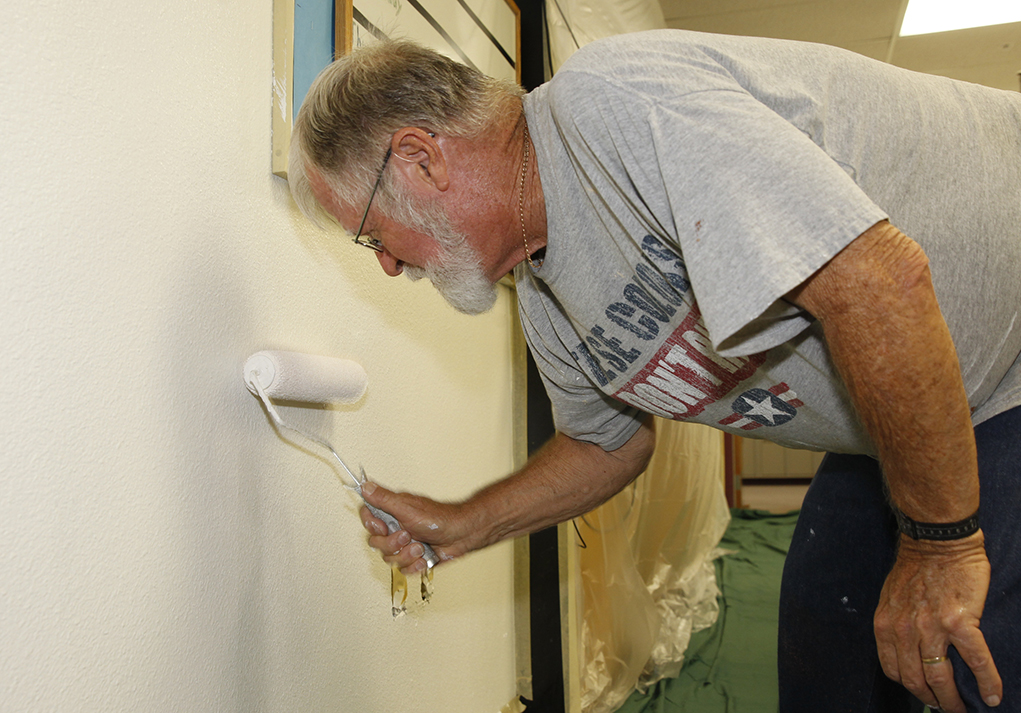 “Calvary is all about service. The core of Calvary is serving people and doing things for God,” said Calvary’s Celebrate Recovery Ministry Pastor, Ted Kamena. Kamena is confident that the project will be completed by the target date, considering the amount of work already completed on the first day and the amount of support given.

“We’re here serving the Lord, that’s what we do. We’re going to do a great job because we’re here representing Christ and representing Calvary. We’re enjoying it and having fun. We’ve got about 50 people signed up to help,” he said. 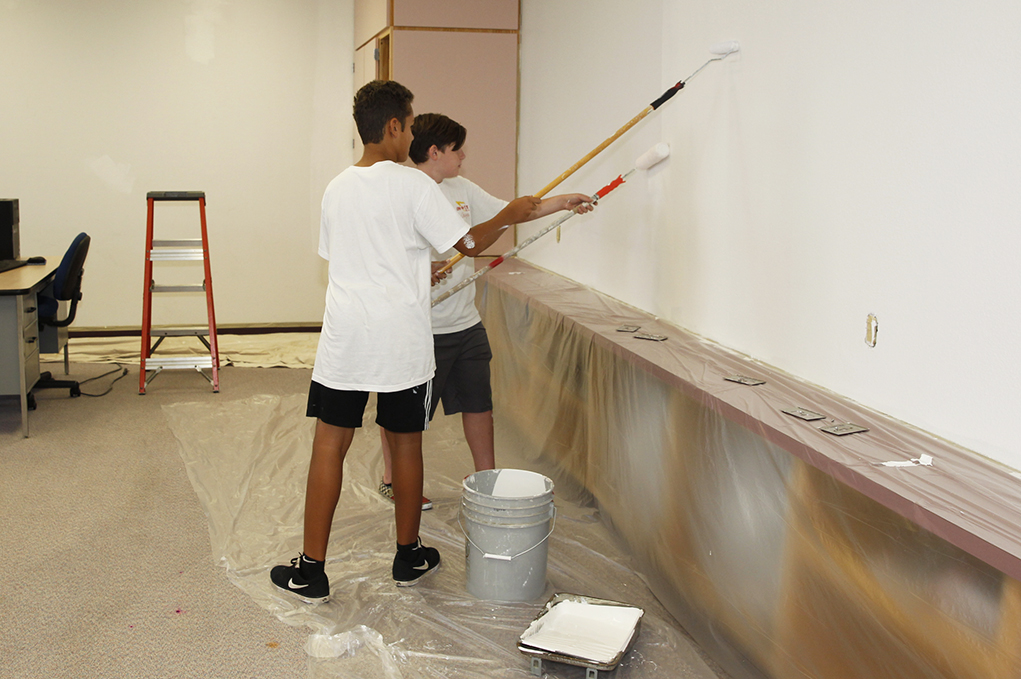 Generous local sponsors donated and discounted essential supplies such as paint, tape and paint rollers. It’s estimated that the entire project will use about 120 gallons of paint. Lake Havasu business sponsors include: 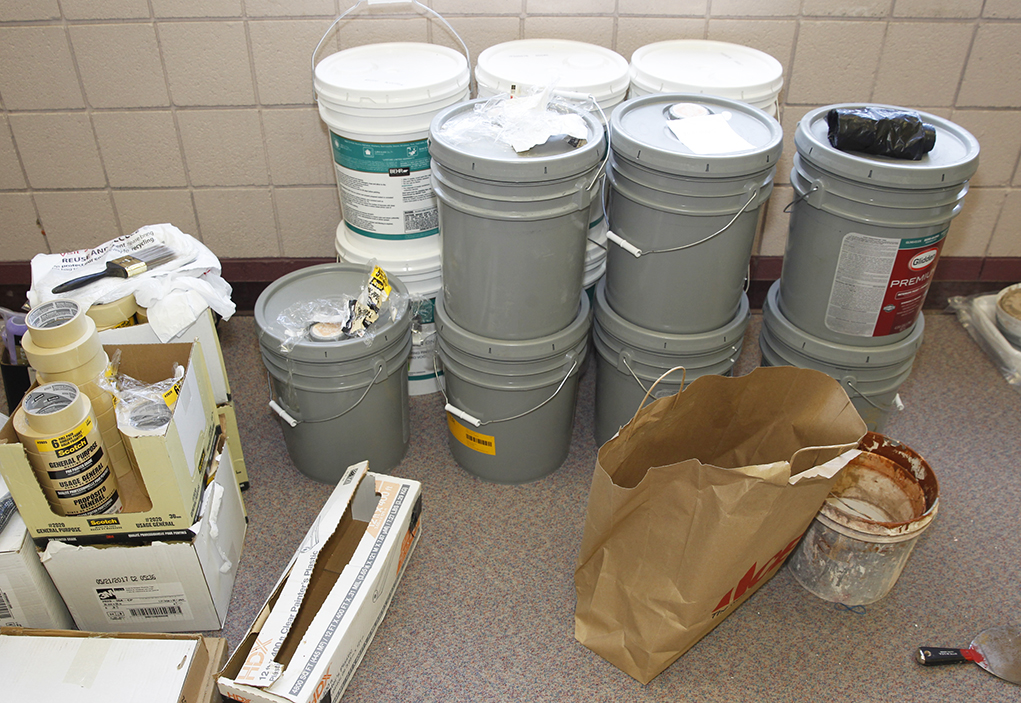 Paint and tape sit on the Thunderbolt Middle School floor to be used in painting the classrooms. Jillian Danielson/RiverScene

Volunteers will be painting three out of four wings of the school. If time and supplies availability permit, the fourth wing will be completed as well. 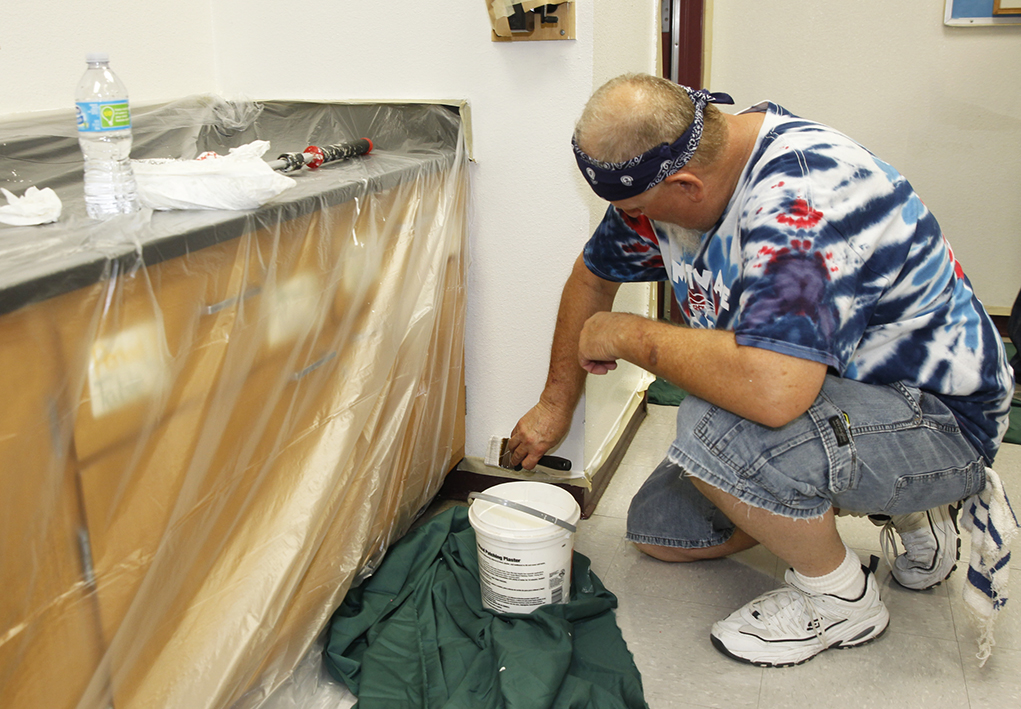 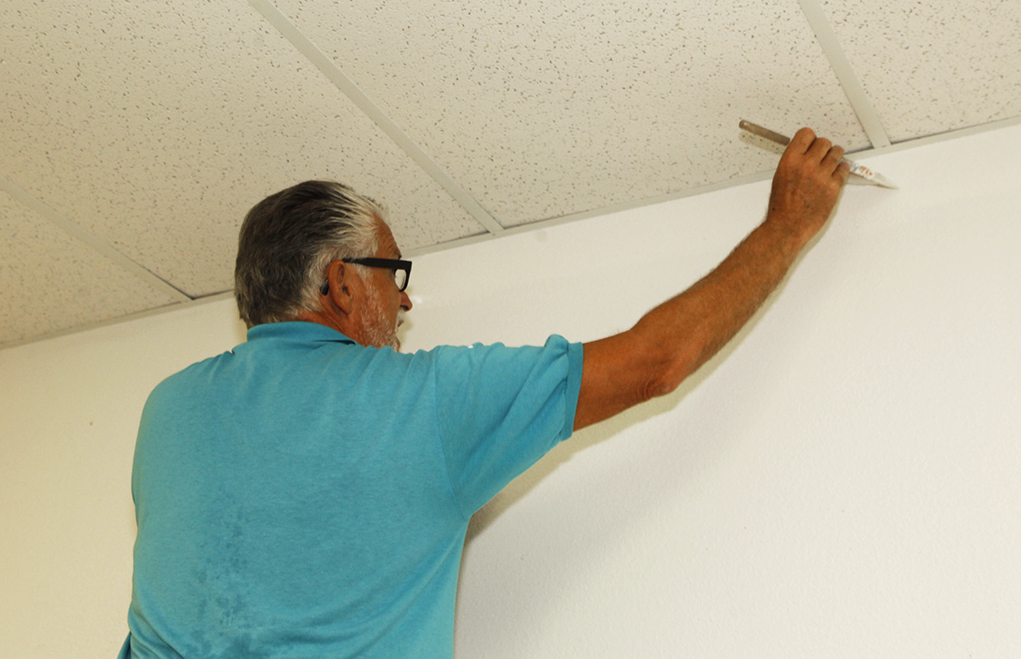